I've played Le Havre (2008) perhaps a dozen times in the last few years and still find this game fresh each time.  I enjoy playing with my regular chums but also with new friends whenever possible.  Naturally, jumping into a game at the Hoopla last weekend present an opportunity to do the latter. 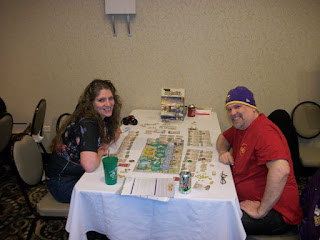 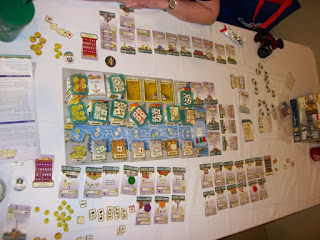 I thought I would try the "No Ships" strategy out on some folks who haven't played with me before and I am convinced now that some ships are necessary even when it isn't obvious until late in the game that this is being attempted.  Too many actions have to go toward food production without a ship or two and if debt is accrued because of it, then it is simply too devastating.  In any event, the company was good and the gameplay was quick and fun, so I had a great time as usual.  Can't wait for the next time! 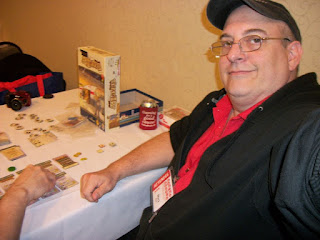