I've only played Guillotine (1998) a few times, and only in the last five years.  It's a fun little game and the packaging is clever, in that the titular device also acts as a spacer within the box to keep the cards in place. 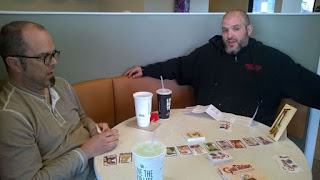 
The French Revolution is famous in part for the use of the guillotine to put nobles to death, and this is the macabre subject of this light card game. As executioners pandering to the masses, the players are trying to behead the least popular nobles. Each day the nobles are lined up and players take turns killing the ones at the front of the line until all the nobles are gone. However, players are given cards which will manipulate the line order right before 'harvesting,' which is what makes the game interesting. After three days worth of chopping, the highest total carries the day. 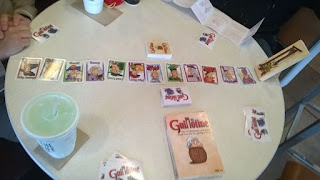 No need to say much about this game.  It's easy to pick up and learn.  The text on each card guides your strategies.  And there isn't all that much text, so the game proceeds quickly.  If you see this one in your FLGS, pick up a copy because you won't be disappointed. 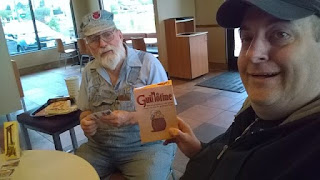