With Gary Con VIII coming up later this week, I've put together some simple minis to use for my Surcoat Medieval Fantasy Miniatures Wargame slot.  The basic rules are easy to learn and utilize a d20 as the primary resolution die.  The slot is open to youngsters and their parents and I wanted the terrain and minis to reflect easy-to-craft options.  Essentially the scenario includes one side protecting a border wall at a checkpoint gate.  The figures for this session are set up as light, medium, and heavy units with leaders and spellcasters overseeing the forces.  Here's a look at how I went about putting together some simple, inexpensive units.  I started with some dollar store plastic minis and dominoes to use as bases. 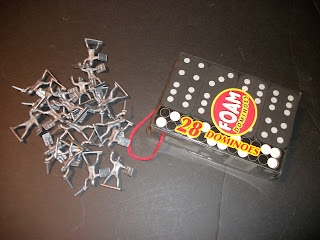 I looked around for minis that gave me some variety and found some that came thirty figures to a pack. 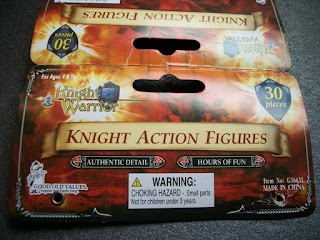 They don't have a ton of detail but aren't bad and are roughly the size of typical plastic army men. 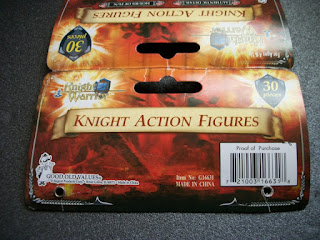 The bases I used for these are actually dominoes that come in packs of 28 for one dollar. 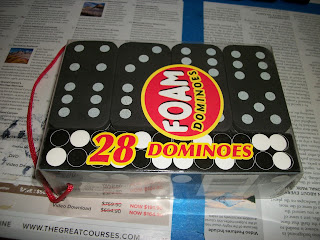 Each is roughly 1 1/2" x 3".  One side has the pips and the other has a thin cardboard surface to which I planned to glue the figures. 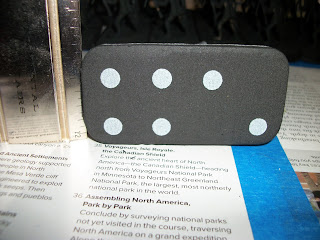 I took a big Sharpie marker and colored in the dots on the bottom and touched up the edges with the marker after finishing. 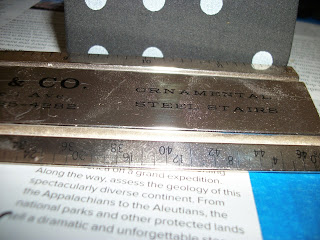 As inexpensive as these bases are, and you can't beat the consistency, it's easy to make some out of sheets of foam or foamboard and you'll get plenty out of a single sheet. 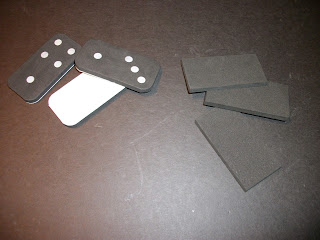 The figures came in both silver and gold so that made it easy to decide on the colors for my armies.  Light units in most traditional wargaming for the Medieval period (and for Ancients) are generally based with two figures.  These would include conscripts, peasants, archers, slingers, and the like.  This shows their loose formations and lack of regimented training. 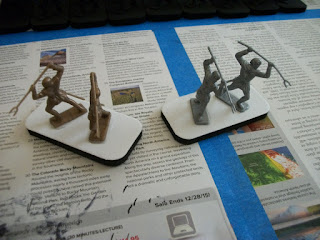 Medium units, and I'm mainly talking armor but also weaponry, are often based three figures to a unit. 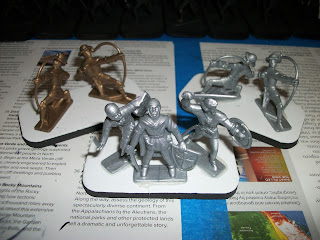 They can be spaced in a number of ways but it helps to not have too much hanging over the edges so the units and come up against one another easily during play.  If they have to hang over, better to have that happen in the back rather than the front or the sides. Heavy units are the shock troops, work in tight formations, and crowd together at either three or four figures per base.  Special units, like leaders and artillery, should stand out and be easy to identify.  The leader figures, by the way, come from those nifty Toobz that can be had at many toy and crafting stores (make sure to grab a coupon first!).  Those figures aren't proportioned quite the same as the other but that works fine for these simple units. 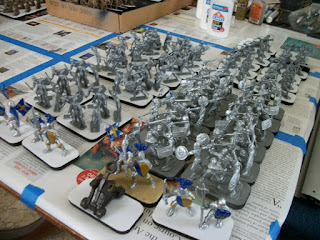 Once the figures are glued down to the bases, throwing down some paint on the base before adding any ground cover can help keep the grass or sand from appear too thin. 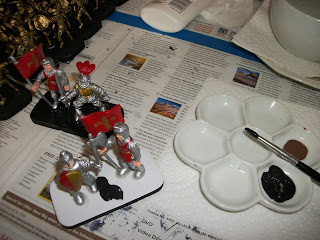 I've collected a good number of flocking and other ground cover options but for these simple units and using black base paint with grass flocking for the gold units and brown base paint and sand for the silver units.  Any inexpensive craft paint works well enough for this purpose, sand is cheap, and probably the most expensive single thing I've used for thee armies is the grass flocking but look around online and even less expensive solutions can also be found. 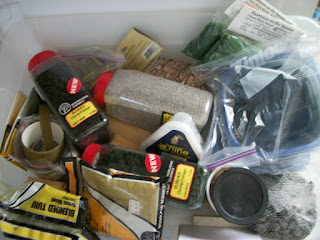 For some of the units I primed them black and used cheap gold paint with a drybrushing technique but for other units, I simply based them and left them as is.  Cheap plastic figures, with the soft plastic they use, tend to not hold paint very well and it will flake off so don't get to detailed with these.  They're meant to be nothing fancy. 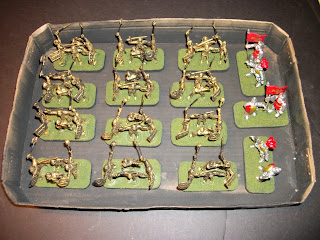 I also used some flat matte coating to keep too much of the flocking from coming off during gaming.  Remember, simple and inexpensive is often just fine for convention and gameday sessions.  These figures aren't for display cases and are meant to be used as much as possible.  Keep a bit of glue in the bin you use to transport them for quick repairs when necessary! 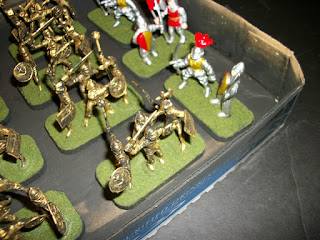