Belfort (2011) is a game I've seen played at a few events I've attended in the last few years.  I've wanted to play but haven't managed to get in on a game until last weekend.  I had a blast.  It certainly helps that I have a great many fun friends with which to game but I'll give some credit to the game itself.  It is a challenging board game with a number of good strategies toward victory that don't, on first blush, appear to be too dependent on the missteps of other players.  However the tactics during play can certainly lead to obstacles, but they are obstacles one can hedge against with a bit of foresight.

We used the expansion and I played with two experienced players and two others who were new like myself.  Though one had played briefly years ago with the base game, so I am counting him as a virtually new player.  It's not only a resource management and worker placement game but one where turn order management requires some subtlety and planning, particularly regarding the expansion options.


Put your Elves, Dwarves and Gnomes to work in the Village and Guilds of Belfort to collect resources and build up the city!

Elves collect wood from the forest while Dwarves collect stone from the quarry. An Elf and a Dwarf together can collect Metal from the mines, and either one can collect Gold. Build buildings in the five districts of the pentagonal city and hire Gnomes to run them to gain their special abilities.

Belfort is a worker placement game with area majority scoring in each district as well as for each type of worker. Buildings give you influence in the districts as well as income, but taxes increase based on your score so the winning players will have to pay more than those behind! Manage your resources and gold well, choose your buildings wisely, and help build the city of Belfort! 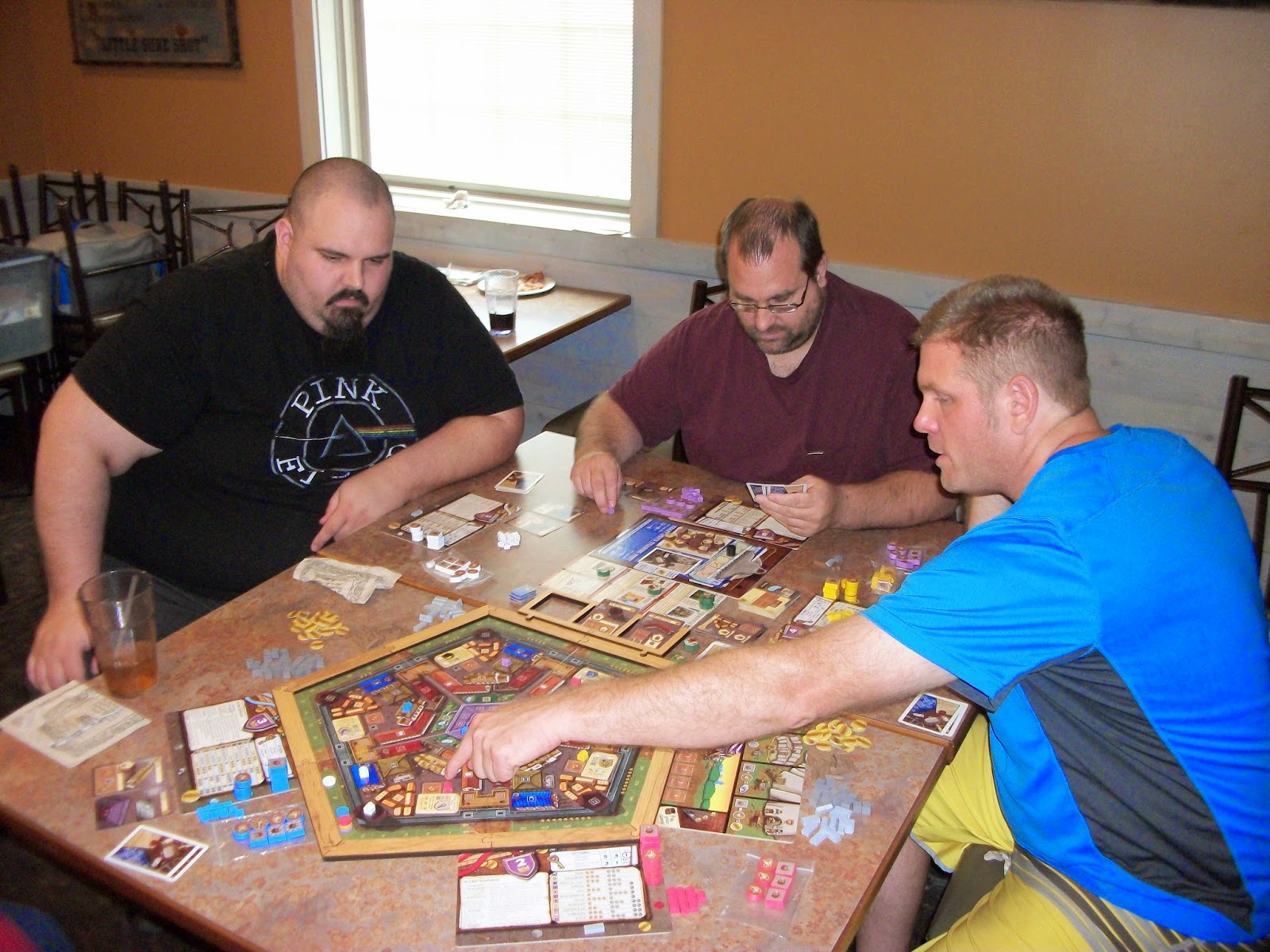 In future games I will have to make sure I not only have my taxes covered by can roll over some funds from turn to turn to keep more options available to me.  I'll also be mindful of getting a majority in one of the three races, Elves, Dwarves, and Gnomes, so as to secure some continued points.  I think I was wise to secure one of the guild buildings early but acquiring a second might have stretched me a bit too thin in the early going.  All in all, a fun game I will gladly play again.