After a bit of Love Letter (2012) and Can't Stop (1980) yesterday with the Culver's Crowd, Tom and I stayed on a little longer to try out Homesteaders (2009) by Tasty Minstrel Games with John, who also plays in the Starter Set playthough with me.  I guess I have seen this one in passing but perhaps I am conflating it with another game. In any event, I am glad to have had the opportunity to try this out. 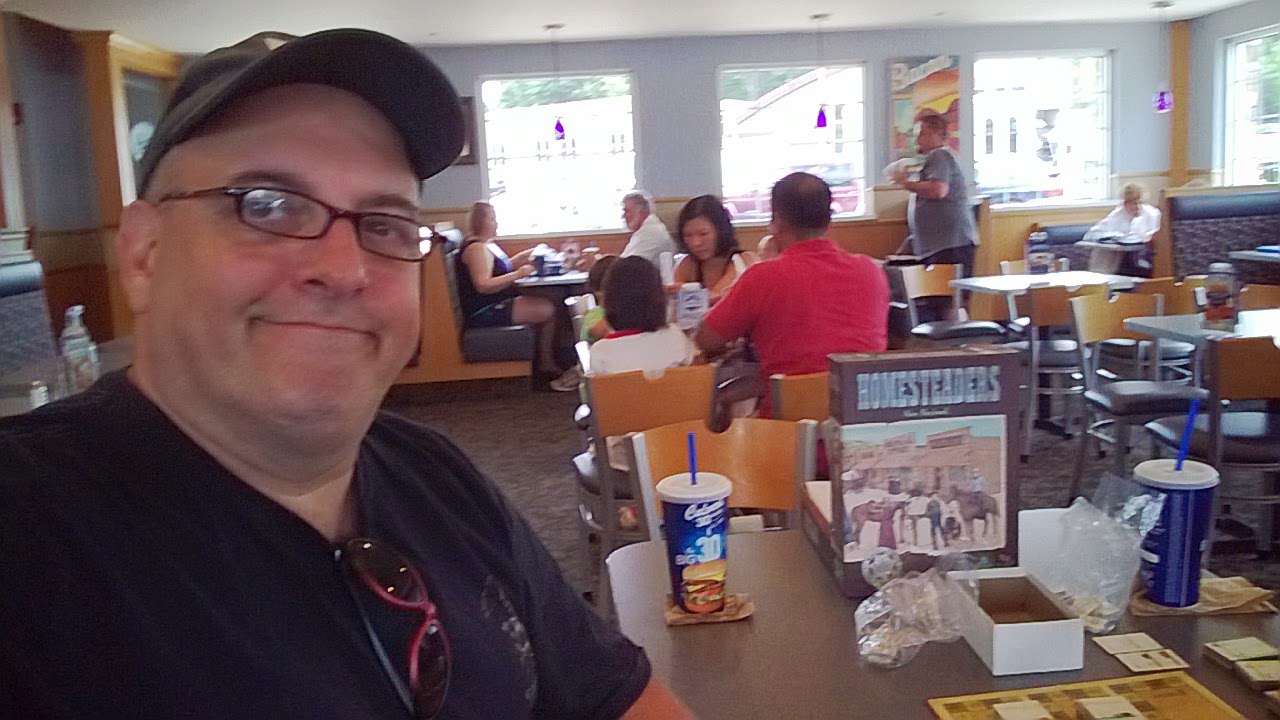 Described on Board Game Geek:


Homesteaders is an auction and resource management game in which players bid on the opportunity to build certain types of buildings, then spend resource cubes to build one of several buildings of that type. The buildings confer abilities, income, and points; some automatically and some requiring a worker.

The game lasts ten rounds, with each round consisting of an auction phase followed by a building phase. After the last round, players take one final income phase and have one last chance to buy and sell goods and use their building abilities before scores are tallied.

Players score for their buildings, bonuses conferred by buildings, and points earned throughout the game from selling resource cubes. The player who builds the best combination of buildings and best manages the nine different resources in the game will score the most points and win – as long as they don't take on too much debt!

I approached this game wary of the debt mechanic and perhaps handled it too gingerly.  I also overpopulated by one worker, perhaps too early, though in the last two turns he was put to work and added to my final victory points because of a building I picked up late in the game.  Nonetheless, though I felt out of it much of the game, when the smoke cleared at the end it turned out I was in the hunt.

With the ten round (turn) limit, you do have to get underway fairly quickly.  There isn't time to be playing catch up if someone gets off to a good start and you don't.  Building a farm is not a bad plan but getting the bank seems to be a very useful building as it allows you to slough off a certain amount of debt as you go along.  Taking on some debt is critical to advancement but its negative scoring effect, which is exponentially bad, means ending with more than one loan chit at the end could drop your final score by ten or more percent. 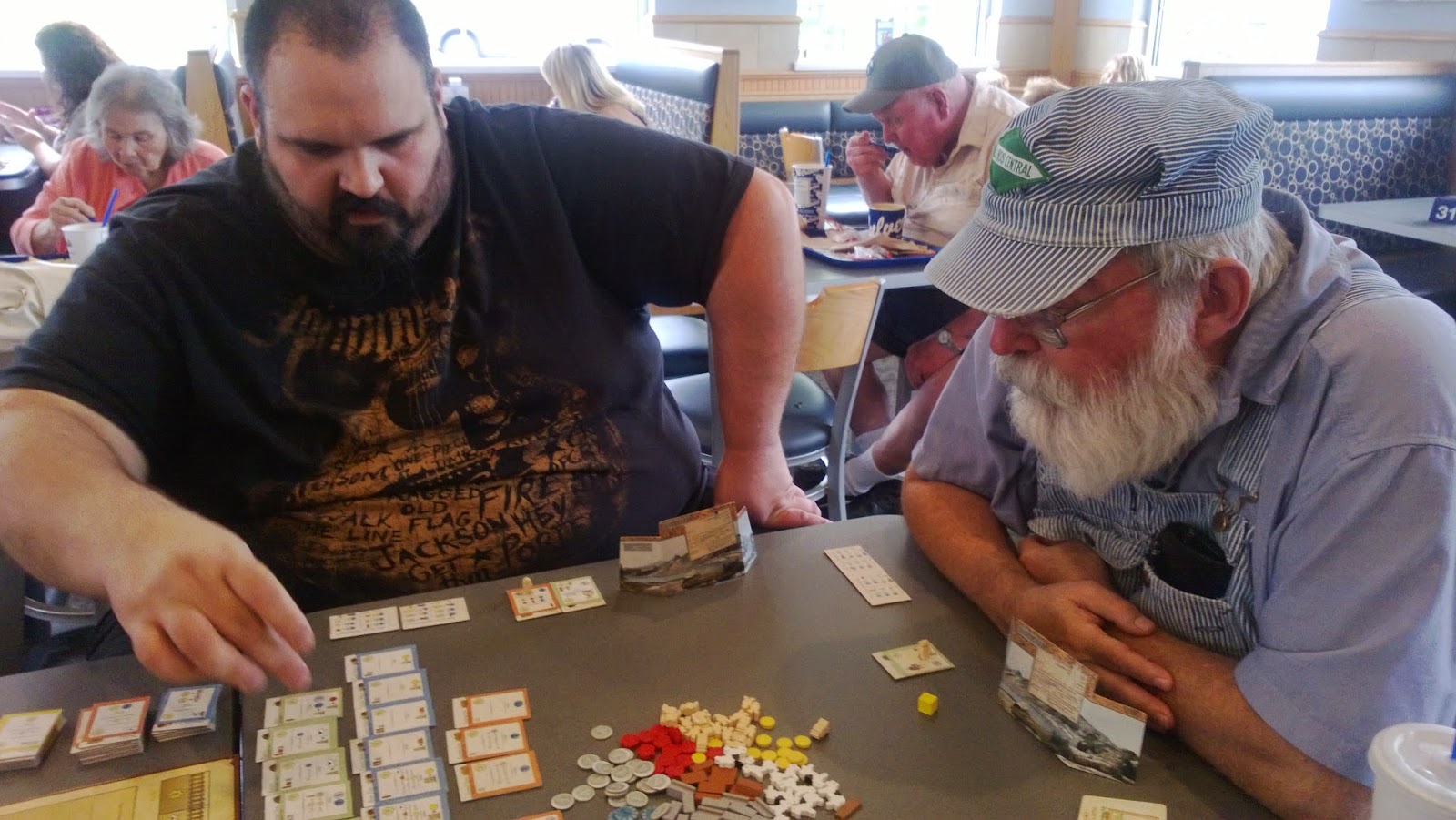 It's not too bad to get boxed out on one or two auctions but more than that means struggling to score, though there is a consolation mechanic in place for the player left out in the cold each turn.  The ability to buy buildings on your property and utilize them to acquire resources is key.  Sets of building cards come and go as the game progresses though there is some duplication from set to set and the time they are available does overlap.  If something is duplicated in a later set and is available in both when you plan to pick it up, take it from the later set.  It won't mean anything more to your game but it limits the options of the other players.  Putting some bumps in other players' roads is definitely a strategy built into the game, as the auction mechanism overtly shows.  We played with three players and I am keen to see how it plays with 2 and 4.

This game has some nifty components but takes up limited tabletop real estate.  The differences between 2, 3, or 4 players is the addition of buying opportunities through the auction.  One might be tempted to think this game would benefit from player mats or a central game board but the flexibility, and the unrestricted mindset that engenders, speaks well of the design choice to keep this more open.

Tasty Minstrel did a very good job with this game and the 7.4 score on BGG, and secondary market prices, bear that out.  If you're a fan of auction and resource management games, this is one well-worth having on the shelf.