We wound down the weekend with a game of Surcoat (2016) at Lake Geneva Games in wonderful southern Wisconsin.  I grabbed some pics of the action.  We added a table and two teams of two squared off against one another.  Floyd and Keith, neither of whom we had seen since the Fall, came up from Wheeling to roll some dice.  They're regular wargamers though they tend to play mostly skirmish level games like Bolt Action, though Floyd has played more than his share of Warhammer.  We split them onto teams with Will and Norm respectively, since they had played before, and John was only able to stop in as he had a work shift this week, unfortunately.  Our friend Nancy even popped in to check out the action toward the end of the evening. 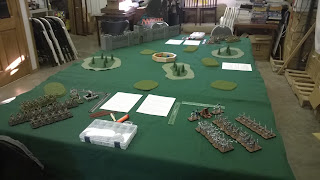 It's a pretty simple set up. 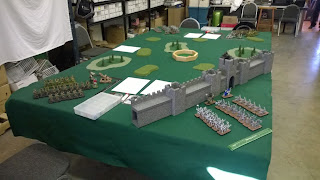 Two teams, with teammates on opposite corners. 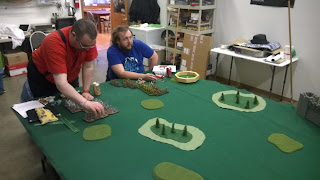 The idea is that two converging generals have caught
an opposing general on the wrong side of a border wall. 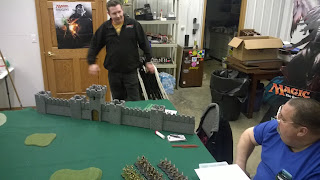 That errant general does have allied support on the wall. 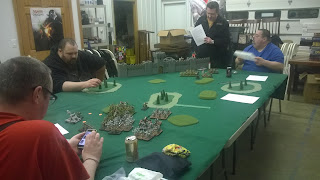 The teams have to decide the best way to deal with the other. 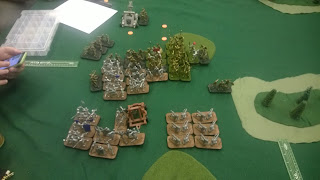 In this engagement, two of the armies clashed away
from the wall while two fought on it. 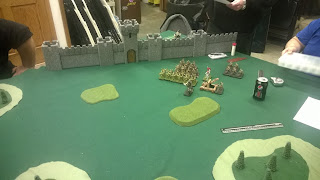 While attempting to breech the wall . . . 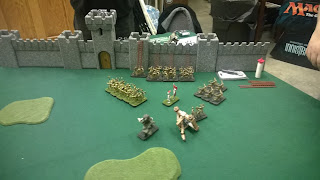 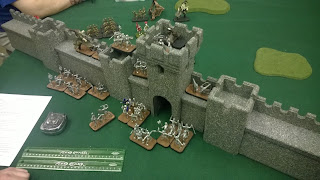 But the wall was being overrun. 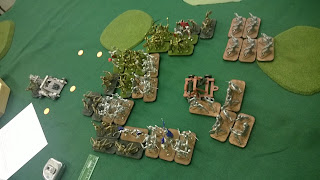 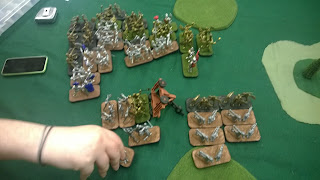 The opposing catapult was lost as well. 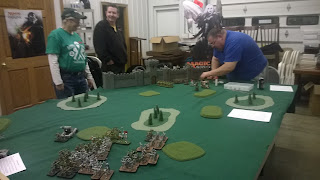 It was a close match decided by a few points!