I got another shot at Praetor (2014) recently.  This time around, we played with four players rather than three.  No big differences jumped out at me in that regard. 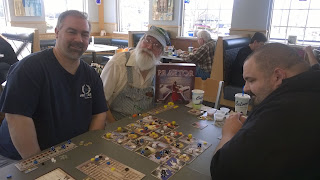 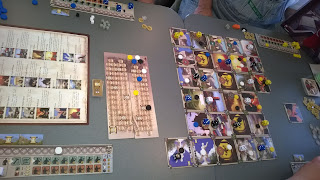 I focused largely on big points when they were available which meant grabbing a statue and trying for a second.  It also meant going for wall pieces.  While both are immediately useful, neither gives enough long term benefit to account for being a cornerstone of a strategy, in my opinion.  Although I held an early lead, it could not be sustained.  Oddly, while I felt one of the other players was making a mistake by hoarding resources, it turned out to be very useful later in the game.  I played with my resources pretty close to the bone and that probably telegraphed my other moves too often. Still enjoyed the game and would play again. 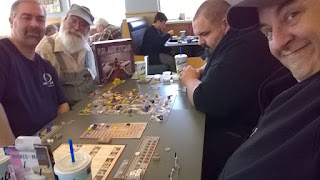