There are a lot of variant versions of Love Letter (2012) which in its original form is a great games!  But, locally, there are a couple of variants that were made up to expand the deck or replace cards and allow us to add a fifth and also sixth player. Rules of the base game are below. 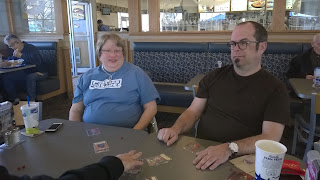 
All of the eligible young men (and many of the not-so-young) seek to woo the princess of Tempest. Unfortunately, she has locked herself in the palace, and you must rely on others to take your romantic letters to her. Will yours reach her first?

Love Letter is a game of risk, deduction, and luck for 2–4 players. Your goal is to get your love letter into Princess Annette's hands while deflecting the letters from competing suitors. From a deck with only sixteen cards, each player starts with only one card in hand; one card is removed from play. On a turn, you draw one card, and play one card, trying to expose others and knock them from the game. Powerful cards lead to early gains, but make you a target. Rely on weaker cards for too long, however, and your letter may be tossed in the fire! 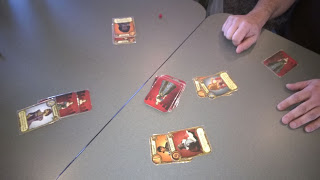 These variants aren't mimicking published mechanics and I won't go into the exact adjustments here in case someday a publishing deal can be worked out but I will say the solutions are pretty elegant. 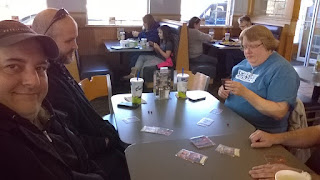