One of the treats to come out of Pee-wee's Big Holiday (2016) is not one but two miniatures displays.   Spoilers coming for those who are concerned, so turn back now! 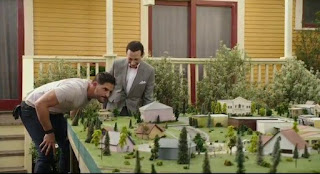 Early in the film when Pee-wee befriend's Joe Manginello,
Pee-wee gives Joe a tour of his hometown, Fairville,
by showing him his HO scale model of the town. 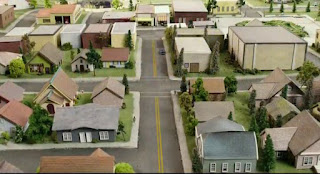 It's a small town so the full place can fit on what looks like
a 12' x 12' display in Pee-wee's backyard. 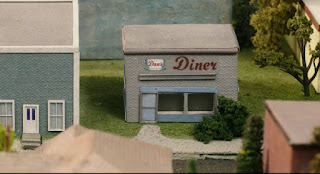 It includes Dan's Diner where Pee-wee is employed as a cook. 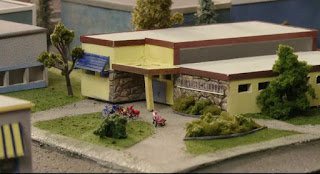 There's a model of the Fairville Library where
one of Pee-wee's many admirers, Emily, works. 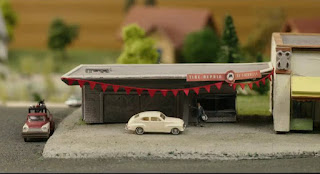 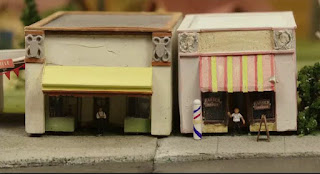 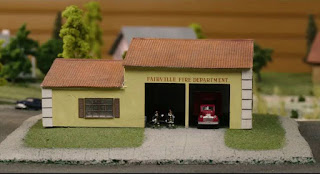 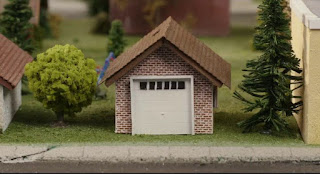 The Garage where Pee-wee's former singing group, The Renegades,
used to rehearse before their untimely, nasty breakup. 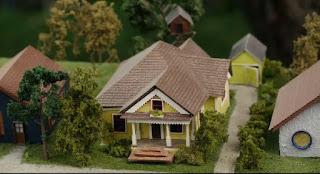 There's Pee-wee's house with a tree house
in the backyard tree that has yet to be realized. 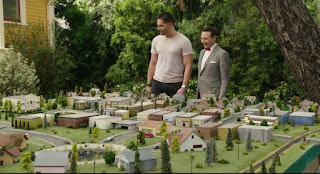 It's a lot to admire. 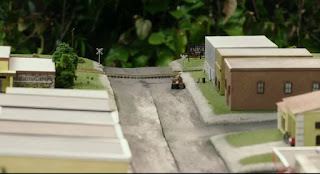 When Pee-wee eventually makes it to Joe's B-Day party in NYC,
Joe returns the favor by showing Pee-wee a scale model
of his own on the roof of his New York residence. 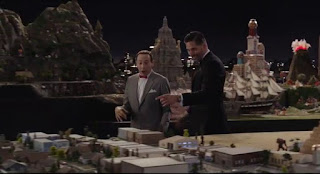 Joe's model is more extensive
and mostly made up from his imagination. 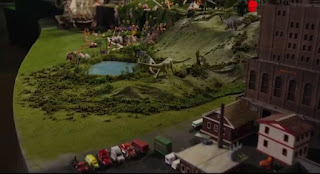 There's even a Dinosaur World section. 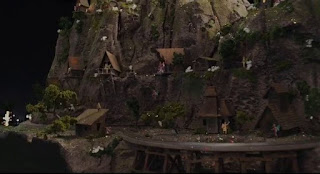 It also has a Glitter Mountain
complete with Pixies! 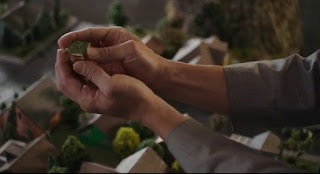 It's great to see a new Pee-wee Herman movie after so many years and fun to see some cool model work in it.  See it on Netflix if you get the chance!