Late last week, I blogged about Tom Wham and his wonderful game The Awful Green Things From Outer Space (1979) but I also got a chance to play a game he has in the playtesting phase called "Bloktown" over at Lake Geneva Games. 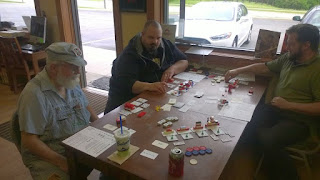 I won't say too much about this game except that it is an auction style game with victory points dependent on clearing properties to ready them for constructing various building. 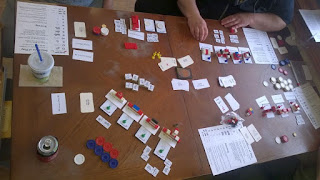 For four and a half decades, Tom has had games published through many companies in the US and abroad.  This is one of a dozen I have been lucky enough to play during pre-release and I look forward to playing more. 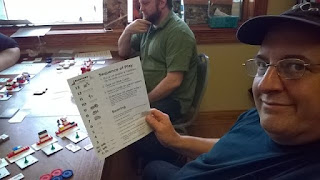