Nothing gets played more than Love Letter round these parts but Tiny Epic Galaxies (2015) comes pretty darned close.  I've written about it time and again but it's important that the games that make the best impression make the biggest splash too as far as my blogging is concerned.  I've said before that of the Tiny Epic games, I don't care much for the others but Galaxies just seems to hit all the right buttons with me.  I'll check out Western when it arrives but have a feeling it will take a lot to make me feel it is more like Galaxies than the others. 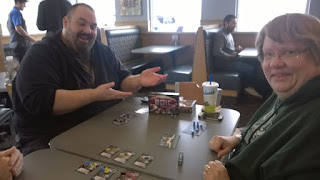 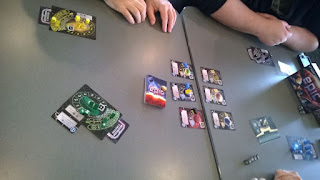 I've gotten into the habit of letting the Secret Mission I choose largely dictate my game, no matter what comes in the center of the table.  I'm wondering if I should be more flexible and let the Secret Mission just be icing on the cake, taking advantage of the circumstances and rushing toward an ending.  I'll have to think on this more. 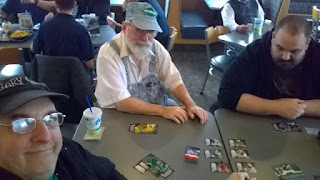