I mentioned recently on the Game Like a Viking Facebook page that we played Midgard (2007) on Saturday at the Burlington gameday hosted by Steve and Kifflie.  My Thursday regulars at Lake Geneva Games also plan to squeeze in a game of it prior to our ongoing 5E D&D Starter Set playthough Thursday afternoon.  Since that is officially the first Game Like a Viking Day, it seems only appropriate. 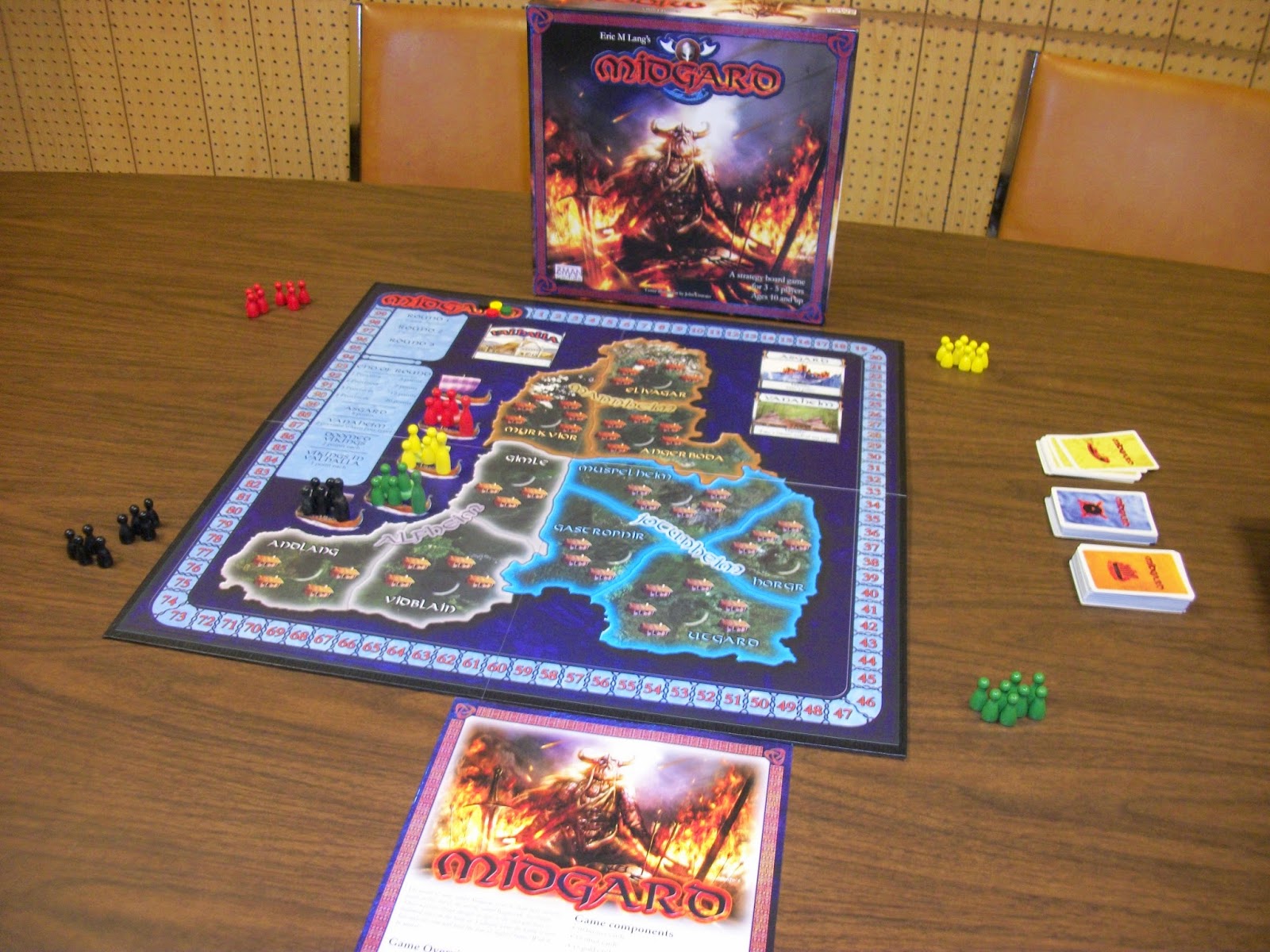 
In this area-control boardgame with a mythic Scandinavian theme, players draft cards to place their viking warriors and leaders in the different realms found in Norse mythology. Beware! Some regions will suffer Ragnarok, sending your pieces to Valhalla. 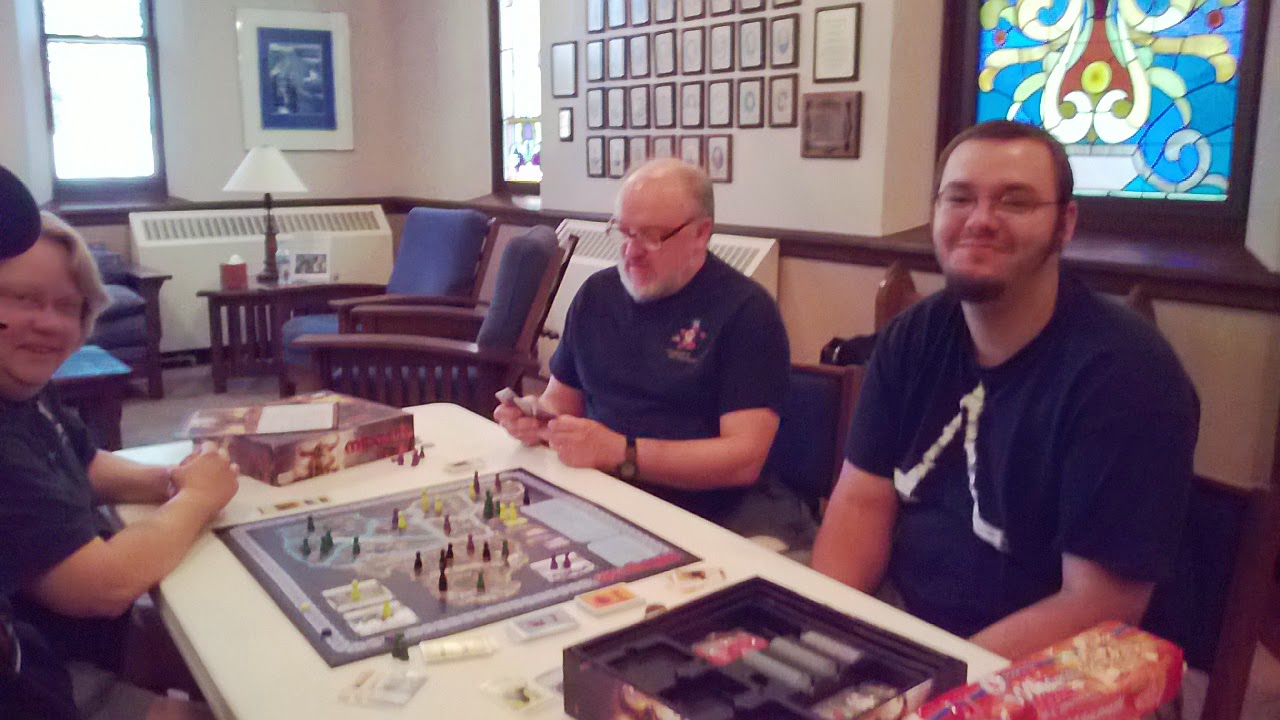 To add a bit to this summary, in Midgard (2007), "suffering" death from the "Doom" Ragnarok tokens and even being "displaced" into Valhalla are point-scoring good things in this game.  There are multiple ways to gain points and it behooves players to exploit all of them while, perhaps, exploiting more vigorously whichever one is presented by the draft cards as most advantageous.  It is not a bad strategy to draft cards that let you swoop into each area where Ragnarok has been predicted and allow it to destroy a great many of your Vikings.  There is a point to be had for each one dying in this manner and then they go to Valhalla.  You get an additional point for each one in Valhalla which are then returned to the Viking ship, where they are stored until you land them in one province or another. 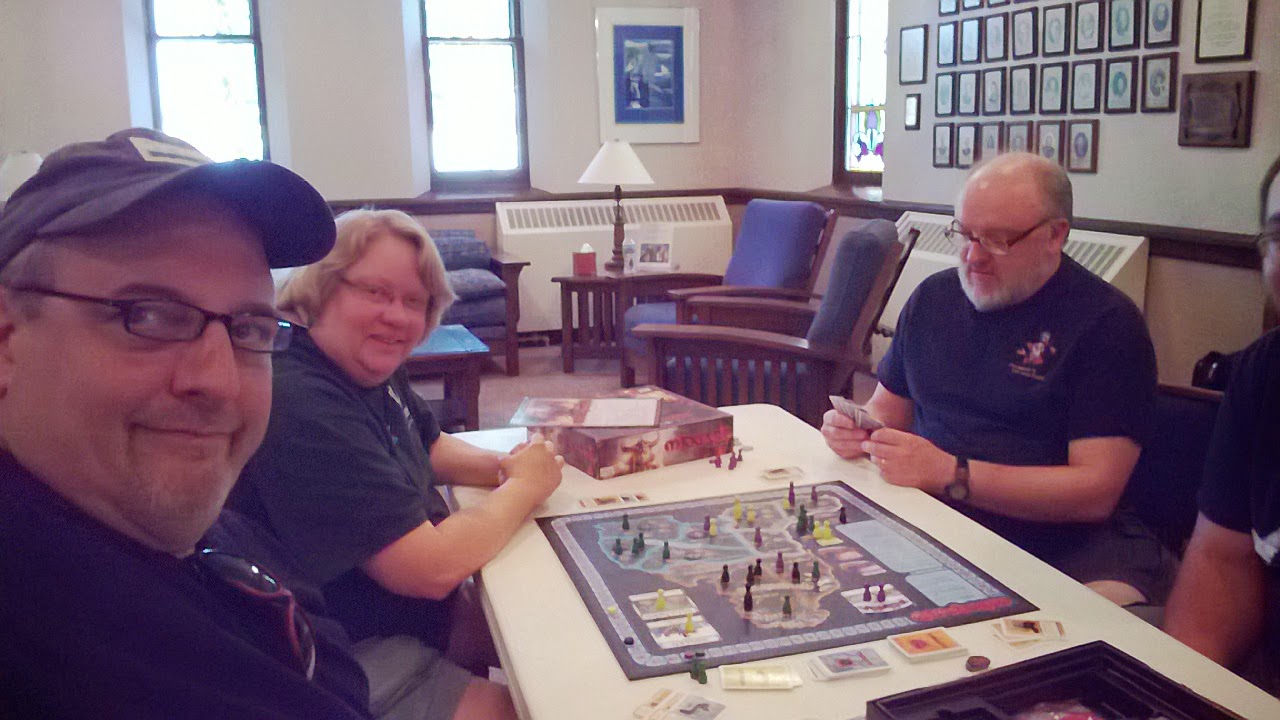 The cards allow you to attack areas from other areas or your ship, to occupy areas that are open, and to collect tokens designating the three regions, sets of which score at the end of the game.  The tokens are also gained along the way for being around the board and it can't hurt to try and get four, five, or even six sets of them.  Pursue more of them and likely your ongoing game will suffer.  And as said, you do need to make sure you have your hand in all of the point scoring pies if only to curtail another player from completely dominating in any area.  Here's a video that does a good job of detailing quite a bit of the game but keep my advice in mind as the elements are all described.  Enjoy! 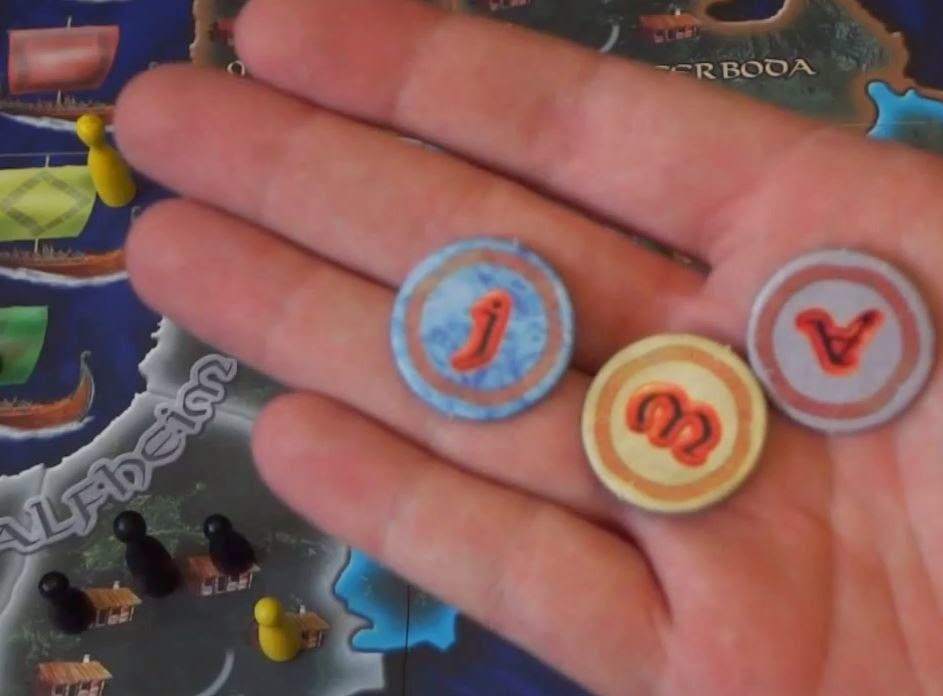