I've recently had the opportunity to play a few games of Firefly: The Game (2013) from Gale Force Nine.  As a fan of the Firefly (2002-2003) television show and Serenity (2005), the movie denouement for the abruptly cancelled series, I have to say right up front that I was predisposed to enjoy this game.  Every element of the game evokes fond memories of its namesake and they've done a good job of marrying mechanics to theme. 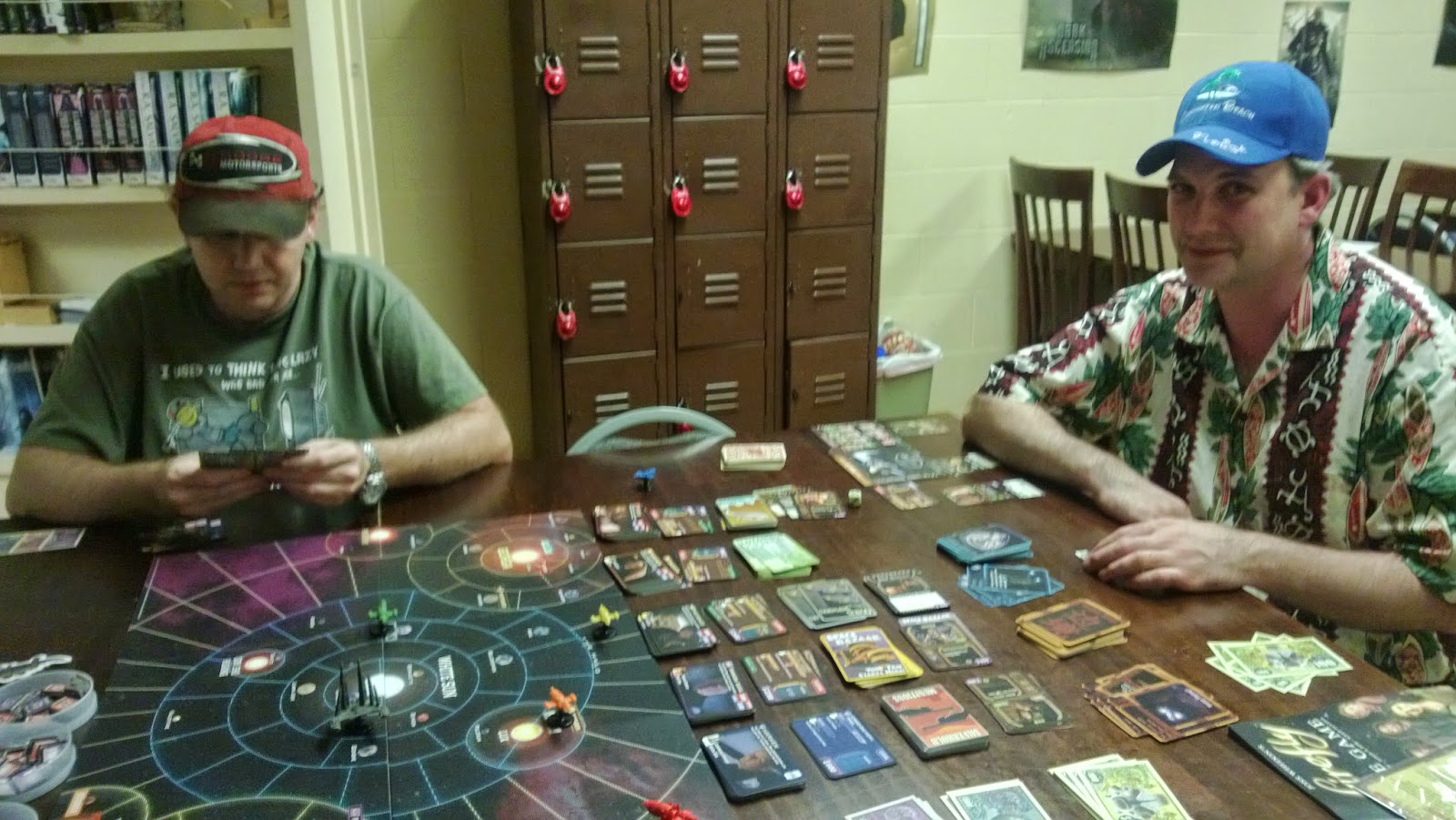 Here's a description of the base game from Board Game Geek (and the publisher):


Players begin with a ship, and travel from planet to planet, hiring crew, purchasing ship upgrades, and picking up cargo to deliver (jobs) all in the form of cards. Some crew and cargo are illegal, and can be confiscated if your ship is boarded by an alliance vessel. Travelling from planet to planet requires turning over "full burn" cards, one for each space moved. Most do nothing, but you can also encounter an Alliance ship, have a breakdown, or even run into Reavers. Completing jobs gets you cash. First player to complete the story goals wins.

Game description from the publisher:

In Firefly: The Game – based on the popular Firefly television series created by Joss Whedon – players captain their own Firefly-class transport ship, traveling the 'Verse with a handpicked crew of fighters, mechanics and other travelers. As a captain desperate for work, players are compelled to take on any job — so long as it pays. Double-dealing employers, heavy-handed Alliance patrols, and marauding Reavers are all in a day's work for a ship's captain at the edge of the 'Verse. Firefly: The Game is a high-end thematic tabletop boardgame from Gale Force Nine (GF9) and the first in a series of tabletop hobby board games and miniatures games from GF9 set in the Firefly Universe. 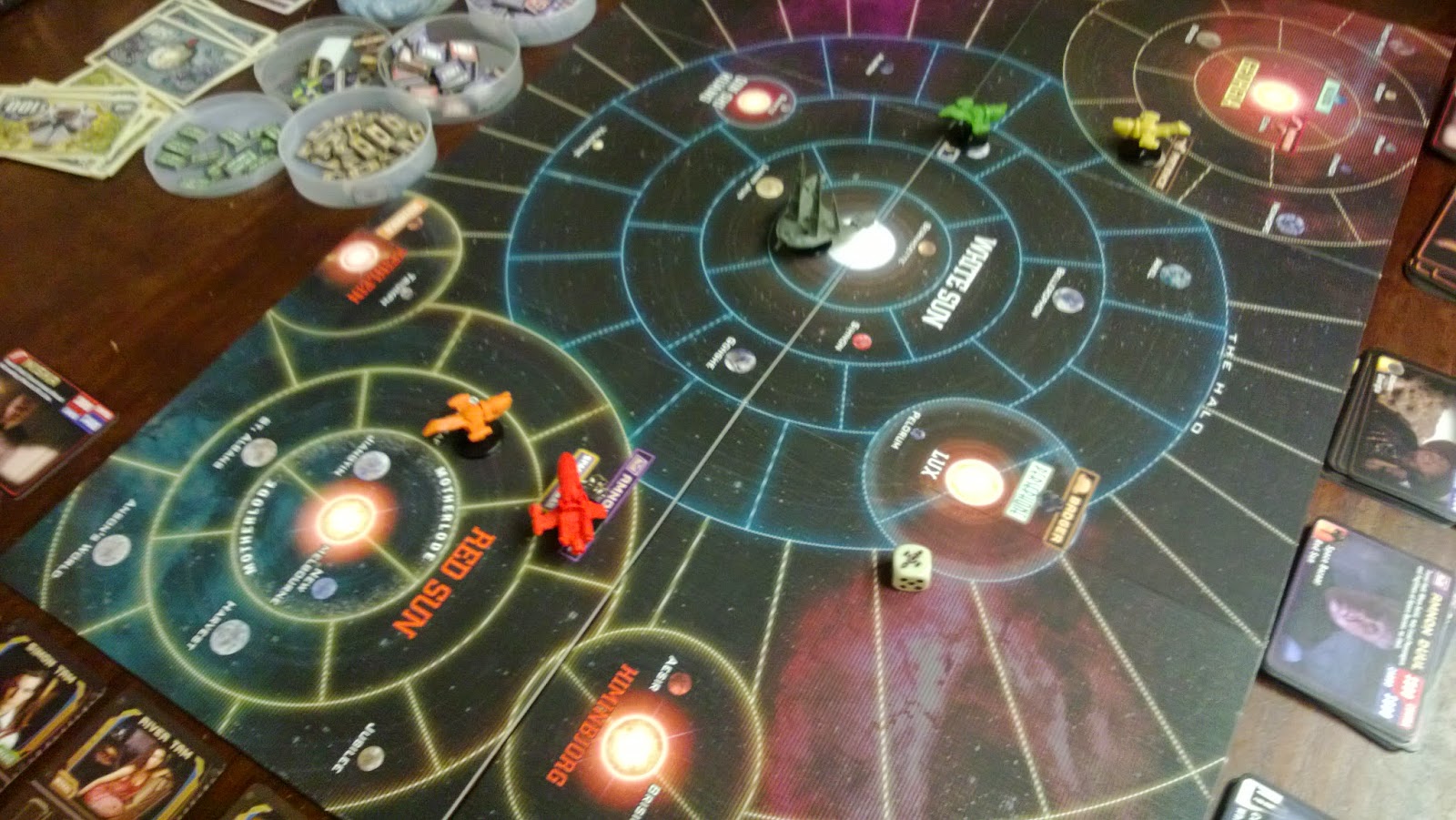 Gale Force Nine has uploaded a high-res PDF of the rulebook to Board Game Geek here.

The board itself is fairly straightforward without a lot of fancy trimmings that some might have come to expect with modern boardgames.  So, too, the playing pieces are simple but useful.  The Fireflies look as you'd expect, the Alliance Cruiser is bigger (if not big enough in scale) and ominous enough, and the Reaver ship has a shark-like quality.  The counters aren't all perfectly consistent in their cut either.  None of this matters as the system trumps any minor flaws. 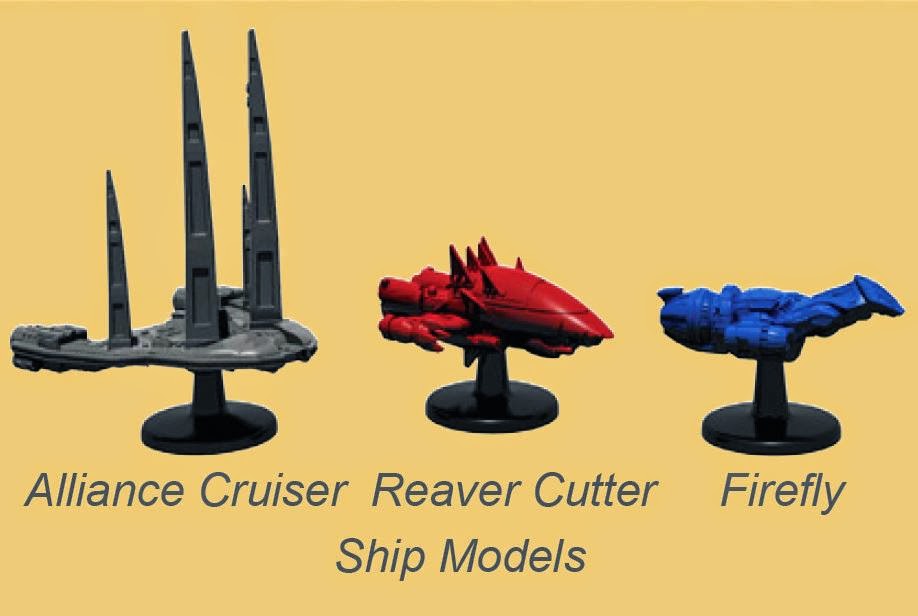 The system design for Firefly is amazing.  The way they integrated theme with system amazed me at each turn.  The characters each have a number of Skills in up to three areas, Fight, Tech, and Negotiate, that make them useful to varying degrees.  Finding the right combo for your crew and determining how many crew to have from Job to Job seems to be the balancing act that can lead to victory or failure. 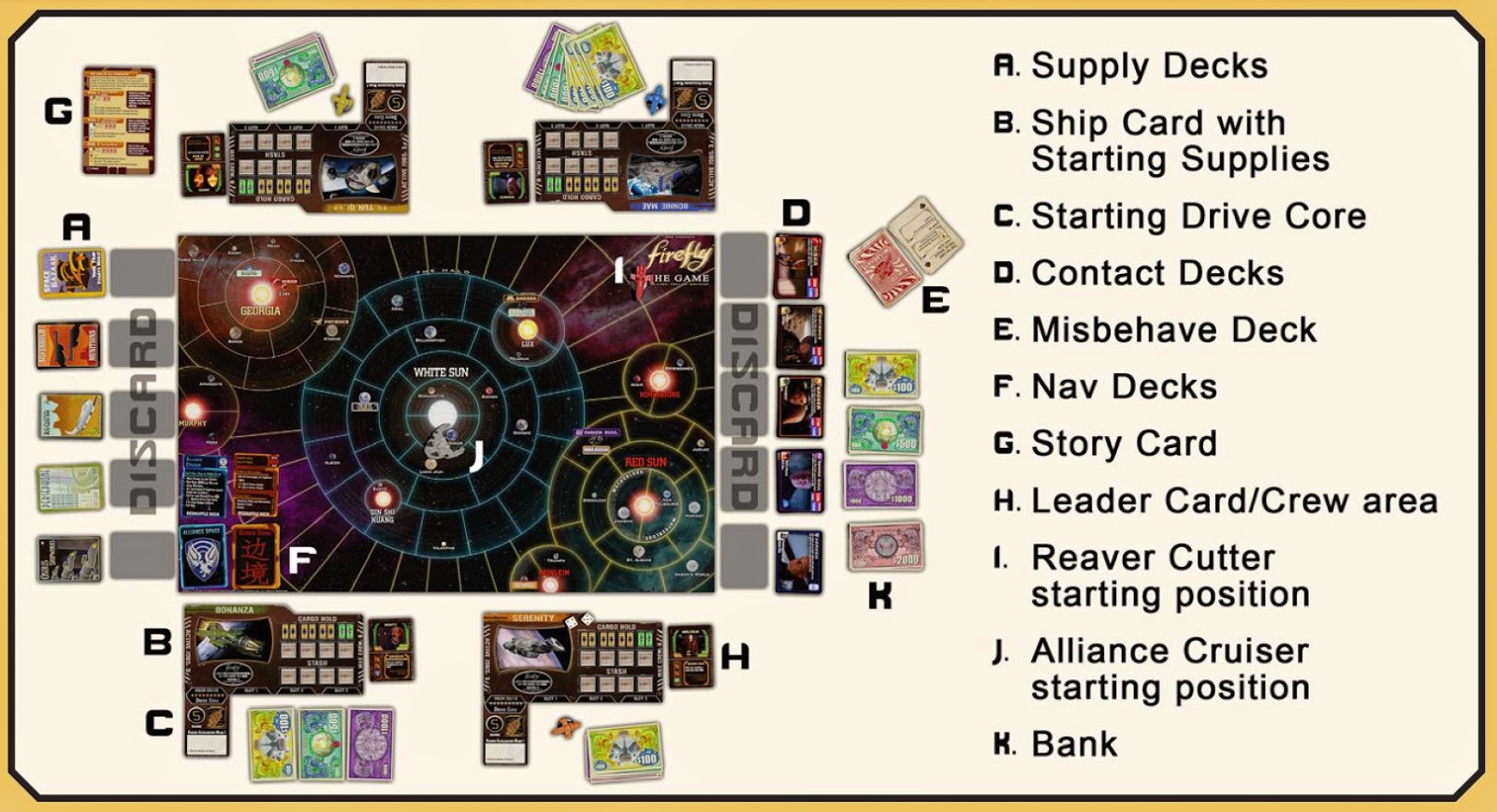 So far, I've mainly played games setup to simply collect the most money, either to a total or a time.  We've played one Story, a scenario with a number of tougher, specifically known-in-advance phases of an overall Job.  Tricky business that, even while knowing much of what needed to be done.  I can see how this game is going to have lots of replayability even without the expansions of which there are already over a half dozen.