Just over a week ago, my buddy Tom picked up a game published last year that had been very well-received.  It's Lewis & Clark: The Expedition (2013).  We played a two-player game of it, to get the mechanics down, then yesterday managed to wrangle enough folks for a five player game.  Both times were enjoyable. 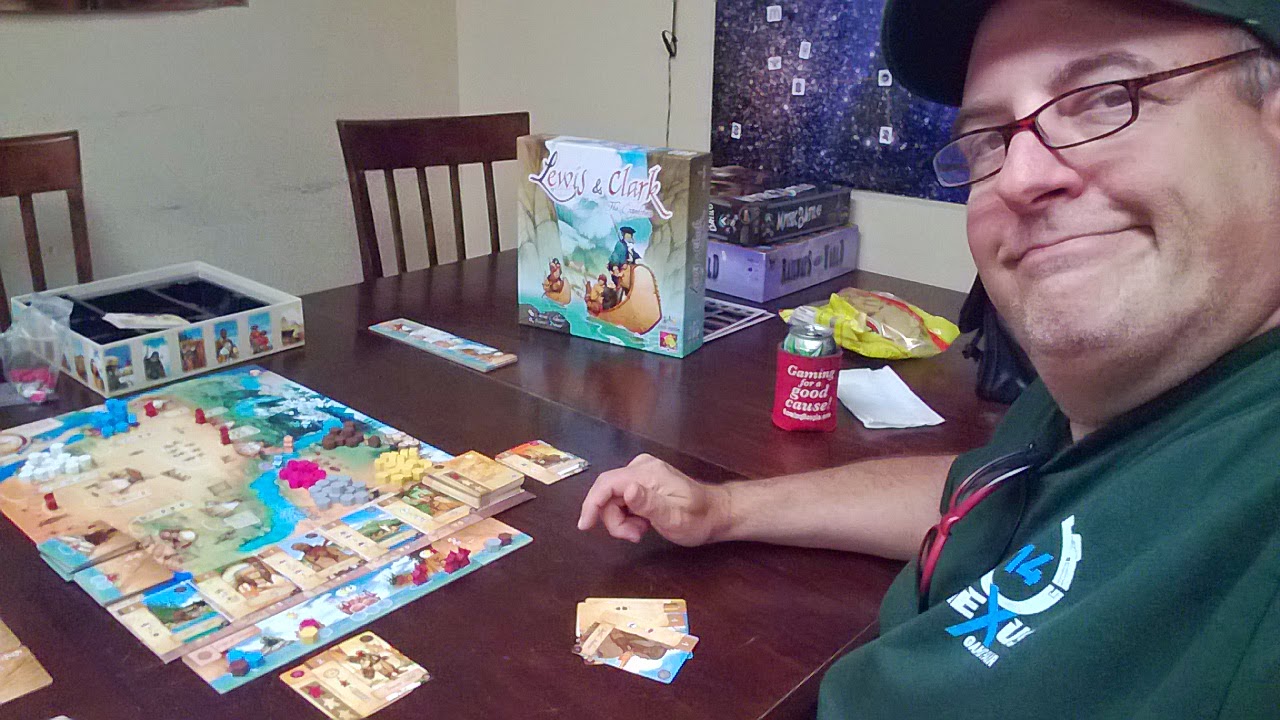 The description as on Board Game Geek is as follows:

Lewis & Clark is a board game in which the players manage an expedition intended to cross the North American continent. Their goal is to be the first to reach the Pacific. Each one has his own Corps of Discovery that will be completed by the Native Americans and the trappers met during the journey. He has to cleverly manage his characters and also the resources he finds along the way. Beware, sometimes frugality is better than abundance.

Lewis & Clark features dual use cards. To be activated, one card must be combined with another one, which becomes unavailable for a while. Thus, players are faced with a constant dilemma: play a card or sacrifice it. During the game, each player acquires character cards that enlarge his hand, building a crew that gives him more options but it needs to be optimized as he will recycle his cards more slowly. This new "handbuilding" mechanism fits strongly the historical background.

Since the aim of the game is to be the first on the Pacific coast, the timing and the opportunistic use of the other players' positions are crucial. 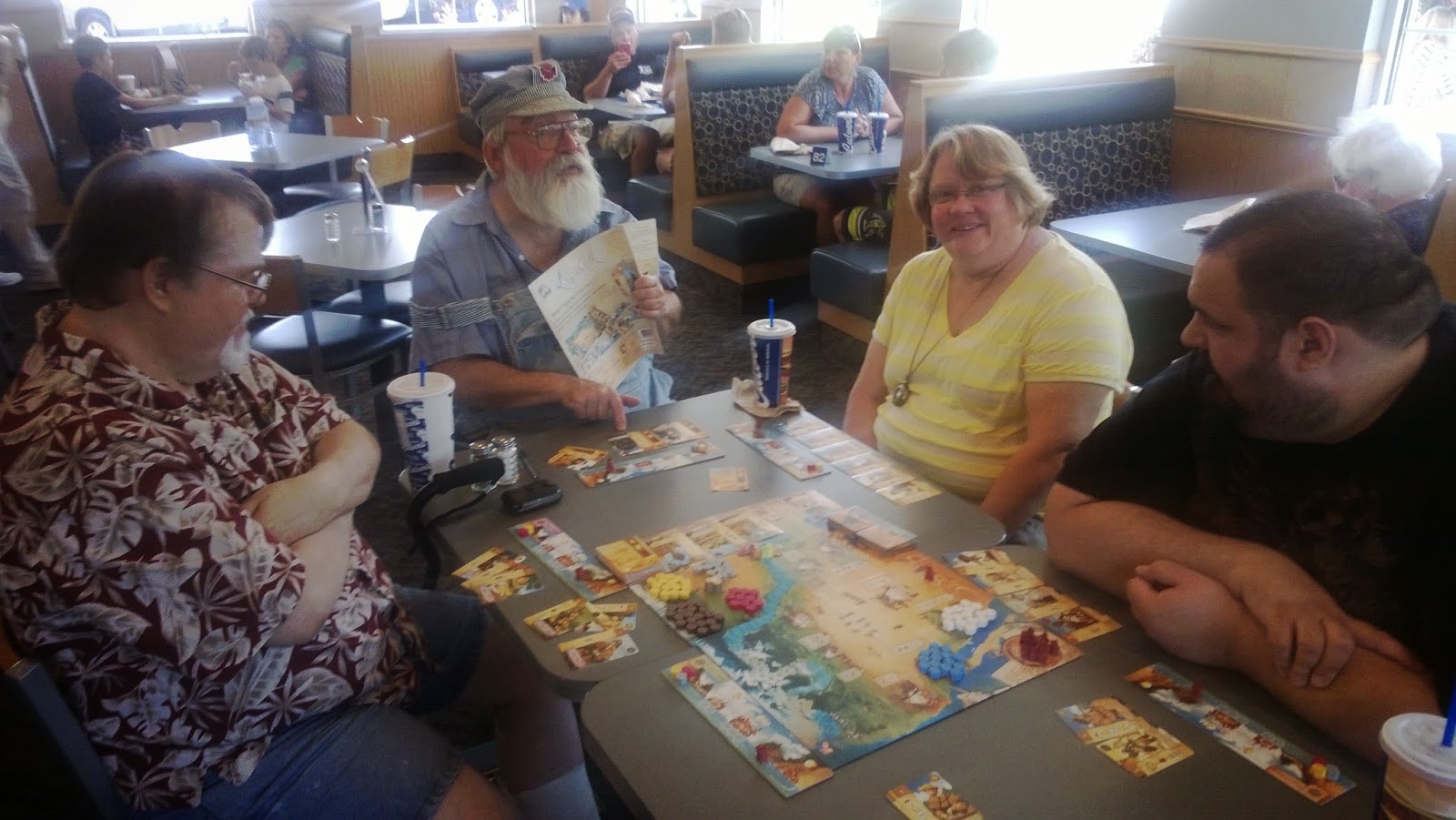 It is in-part a deck-building game with aspects like 7 Wonders (2010) in regard to how one collects resources by way of the cards but, as a boardgame, has some aspects similar to Stone Age (2008) in regard to worker placement.  So, with both resource management and worker management features added together with card management, it can be quite complex.  We picked it up quickly just from the rules and were able to teach it to the new players in the second go around without much difficulty.  Here's a video review that includes a lot of the rules explained from DriveThruReview YouTube channel.