Masters Gallery (2009) is a card game by Reiner Knizia.  Brian brought this to our Tuesday lunchtime gaming at Taco Bell.  It was a fun fast-paced game with simple rules and requiring some clever strategies, with relatively long term planning. 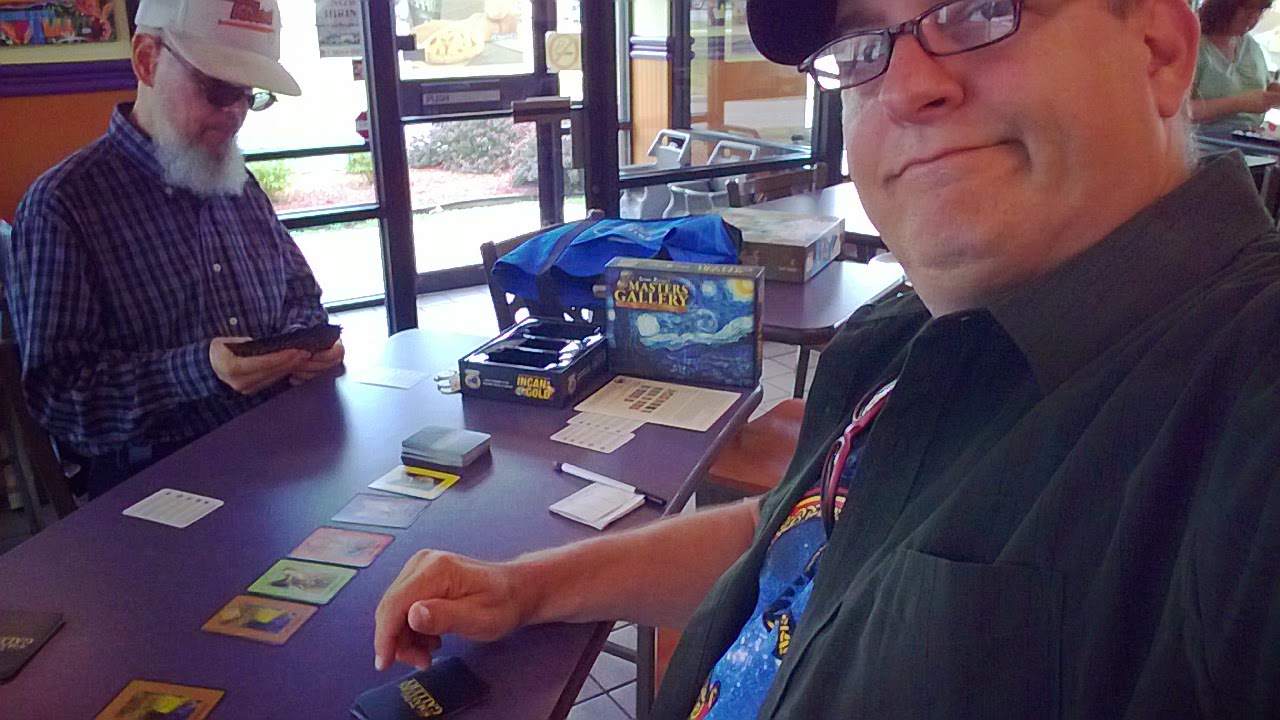 
In Masters Gallery, players are art critics and gallery owners at the same time, trying to pump up the value of certain artists before cashing in their works. The works of five artists – Vermeer, Degas, Renoir, Monet and Van Gogh – are in play. Each player starts with a hand of masterpiece cards, and on a turn you play one on the table to show a stake in the fate of that artist; some masterpiece cards include special actions that allow you to play a second card, draw an extra card, increase the value of a certain artist, or have everyone play a masterpiece card at once.

When a certain number of works from one artist are on the table, the round ends, and each work from the most well-represented artists are sold for $1-3. Masters Gallery lasts four rounds, with players receiving additional masterpiece cards prior to new rounds and the value of an artist's work increasing based on past performance. The player with the most money after four rounds wins.

It took me until the second time through to really understand the game but I picked it up fast enough to enjoy playing.  It largely comes down to the cards one is dealt but there are several approaches of how best to utilize what one gets and adjustments can be made based on what one sees other players playing.  I'm sure I'll try this out at least a few more times and perhaps it will become one of those games that sees regular play at our table.