Spartacus: A Game of Blood & Treachery (2012) is a game I have seen played a number of times over the last two years but had yet to get the chance to join in until this week.   There is a lot of scheming and backstabbing in this game and, much like the classic Diplomacy (1959) game, one should make this very clear up front, particularly when playing with friends you wish to keep as friends.  Some folks can take what happens in game personally, so it behooves folks to follow the precautions suggested. 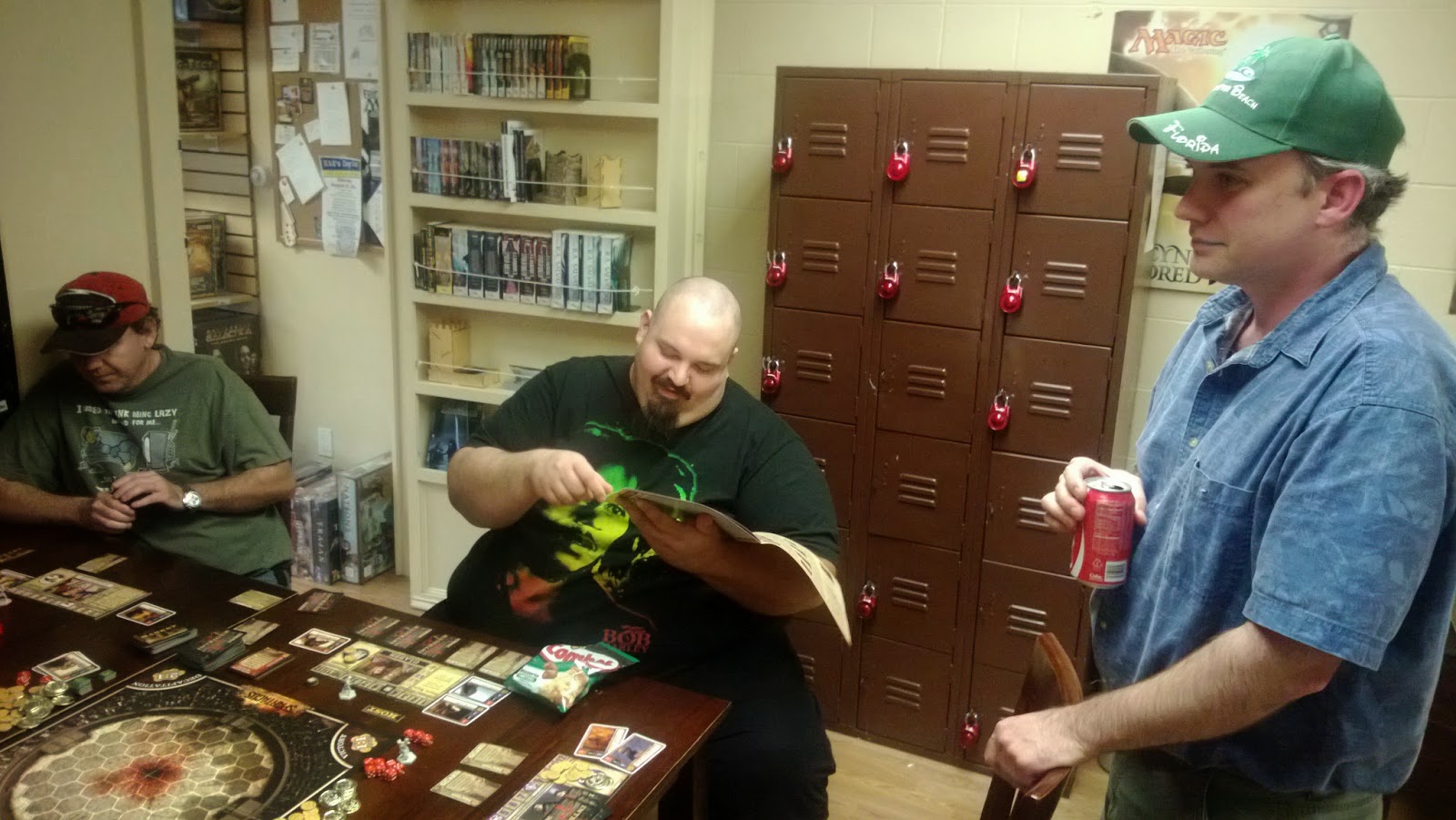 That said, our gang had a very good time.  We played with the expansion which allowed us eight players.  Four of us were new to the game, one had played a few times, and the owner of the game was most experienced but not exceedingly so.  A couple of the players, those who had played before, slipped out into early but not insurmountable leads, but the rest of us caught up to respectable levels before all was over.  A new player actually won after both the veterans were nearly there themselves but beaten back.  Big thanks to the great folks at Lake Geneva Games for putting up with us a bit later than usual. 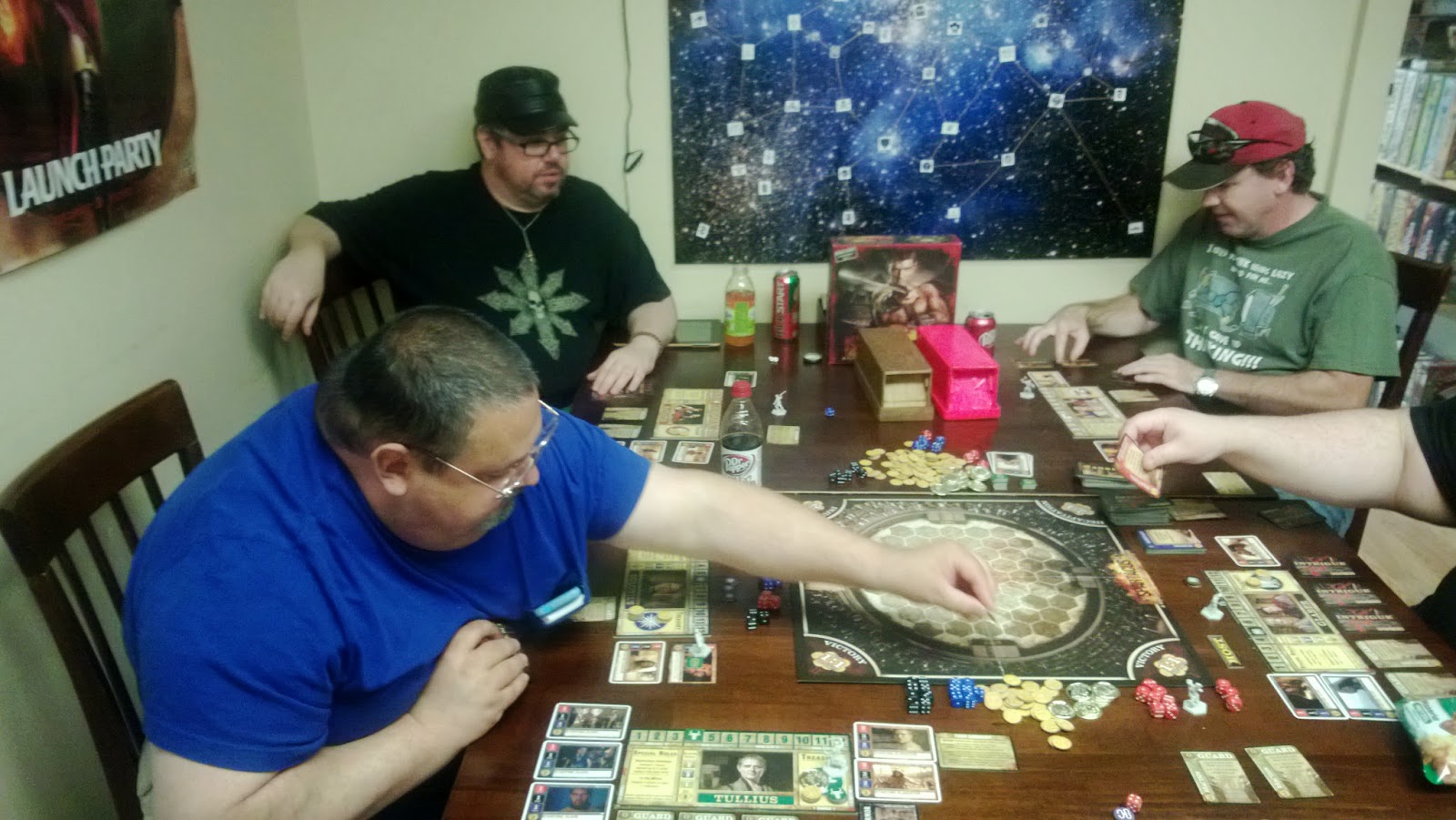 The description of the game from Board Game Geek:


In Spartacus: A Game of Blood & Treachery, an exciting game of twisted schemes and bloody combats inspired by the hit STARZ Original series, each player takes on the role of Dominus, head of a rising house in the ancient Roman city of Capua. Each house is competing for Influence to gain the favor of Rome. Through a combination of political schemes and glorious battles on the arena sands your house will rise in fame and stature. As Dominus, you have a variety of resources at your disposal. Guards protect you from schemes launched by rivals. Slaves run your household and earn gold. Gladiators compete to bring glory to themselves and influence to their Dominus.

Three main phases occur in each game round of Spartacus: A Game of Blood & Treachery.

For myself, the Intrigue phase presented some difficulty.  I kept balking at using one of my special abilities though in retrospect I needn't have been so sheepish.  It was someone else's special ability that allowed them to slip into a victory.  I would be surprised to find that a majority of games are won that way.  While Intrigue cards can be opposed, and even opposing Intrigue cards (Reaction cards) can be opposed by a couple of special cards, I don't recall seeing anything that can thwart a special (character) ability.  I can also see a number of games ending from arena combat but it seems to me the key is the Intrigue phase of the game.  I'll need to play some more to be sure.  Until then, keep your Dominus clean and active. 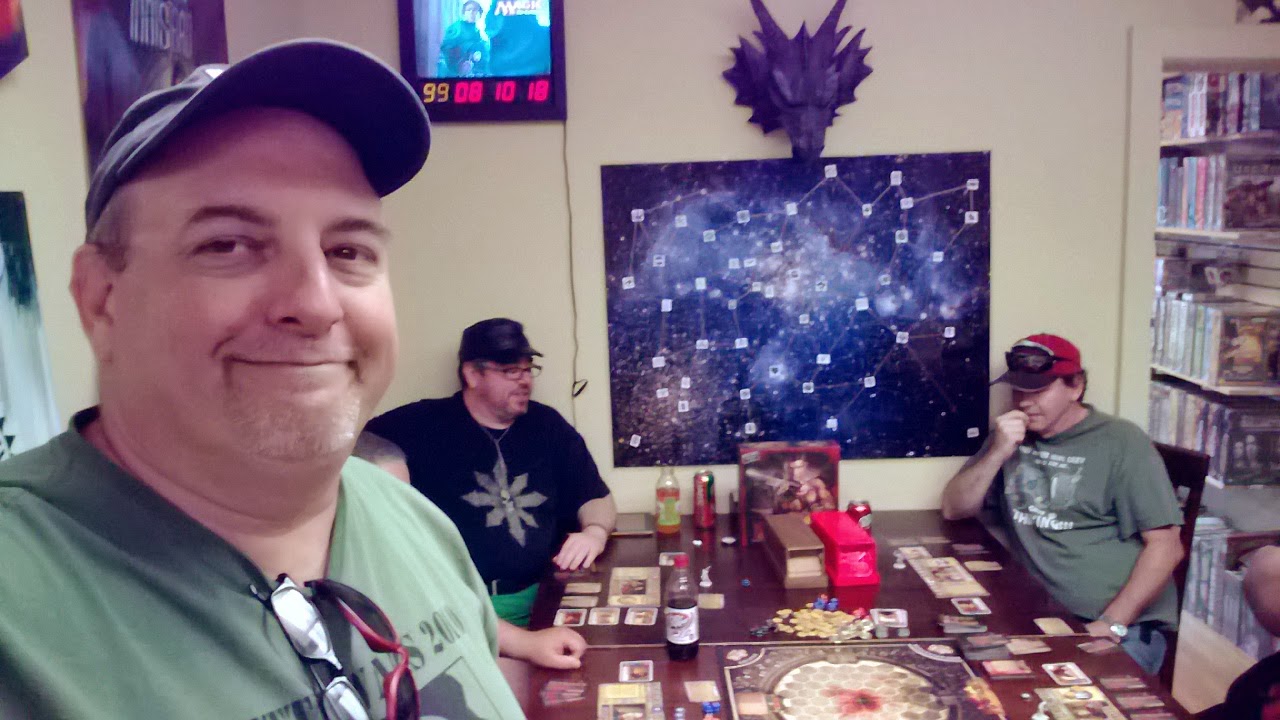