We've had another go at Alien Frontiers (2010) recently with just the basic set.  Of those of us who had played before, we agreed that having at least the Expansion of the Agenda cards would be a good thing to keep the final push of the game less of a foregone conclusion.  But we played two in a row and it highlighted some of what this game does well because the expansions were not available. 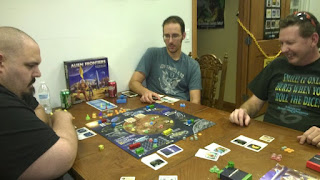 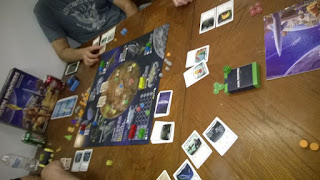 What I feel was noted when experienced players play the basic game on its own is the importance of the midgame and a need to keep all players in check lest one see find an inexorable path into the end game with an advantage.  Mind you, it will happen anyway, but that player will need to be more subtle setting it up, something I hadn't been aware was possible because the basic game is seemingly as transparent as any game could be.  There is no hidden player knowledge except for whatever strategy they have in mind.  If you have the game, even with expansions, try the basic game again with fresh eyes. 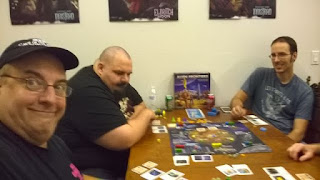