Back to the basic game of Alien Frontiers (2010) but with four players, two of them new.  Worked out great and everyone seemed in the running until the end when someone made that final push. 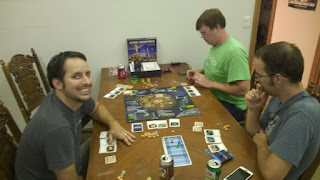 I love the basic game for teaching but don't think it is too much to add in the agenda cards if nothing else, even with new players.  We'll have to try this out going forward. 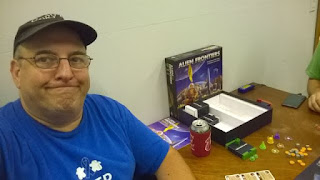