At a recent Open Boardgaming Thursday event, a couple of the guys (Shane and Brad) played a game of Star Wars: The Queen's Gambit (2000).  I hadn't been familiar with this one and it surprised me how many minis were in the box and how complex the playing boards were, not that they were difficult to use.  The rules were clearly laid out and well illustrated. 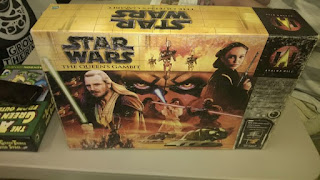 
Based on the four battles at the end of Star Wars Episode One: The Phantom Menace -- the battle on the plain between the Gungan forces and the droid army; the attempt by Naboo forces, led by Queen Amidala, to storm the palace and capture the Trade Federation viceroys; the fight between Darth Maul and the two Jedi Knights; and the space battle in which Anakin's starfighter destroyed the Droid Control Ship.

The forces are represented by 155 plastic miniatures on three separate boards, including a three-level palace. The action is driven by two decks of cards for each side. Each turn, each side simultaneously chooses four action cards from a hand of ten, and places them in order. The actions are then carried out one at a time, alternating sides. Combat is resolved using special attack and defense dice. 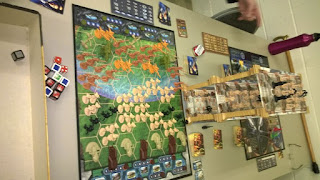 The players seemed fairly well matched for this contest and from what I could tell looking in regularly as they played, the sides were well balanced and gave both opponents a fighting chance right up to the end.  I enjoyed the action card mechanics and the decision making in where to play them.  The game called for a good amount of strategy as well as tactics.  One of these days, I will have to get in on a game of this myself. 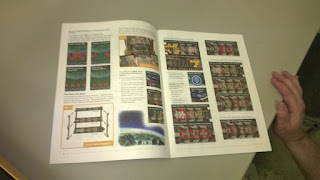