It was reported on Facebook in some circles recently that Target stores were blowing out their Hobbit Desolation of Smaug gravity feed packs at $1 each (others seem to range from $3 to $6 depending on the brand and product line).  Even if I was not going to get into the game, this seemed like a pretty good deal and since I was taking a road trip for Father's Day anyway, I decided to pop into a Target or two along the way and snag some. 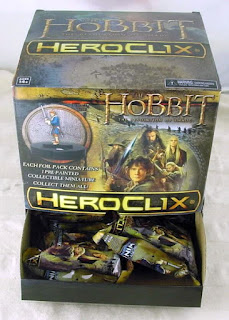 I discovered their were two Target stores along my chosen route and the first had none of these in stock, so I wondered if this was going to prove to be bad luck.  At the second, however, I found two open gravity feed boxes with 37 booster packs between them out of a possible 24 each or 48 total.  Since it is my intention to eBay some of the uncommons, rares, and chase figure if I found any, I grabbed what was there.  I wasn't disappointed.  Eight of the figures should resell on eBay for well over the invested funds and even pay back the gas used for the trip and then some.  The remaining 29 can be used in other gaming efforts. 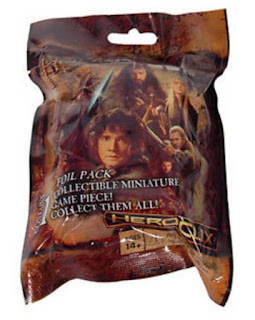 It's fair to call these Heroic 32mm scale figures, I think, and they are prepainted plaster that can be easily taken off their Heroclix bases and put on a base more suited to other games, if that is what someone desires.  I will put the eight uncommons, rares, and the chase figure up on eBay in a single lot for a starting bid of about half of what the going market rate is at popular online singles stores.  If they go for more, that's great.  If they just get the opener, that's fine too.  They include the Necromancer, Thranduil, Beorn, Master of Lake Town, Thorin Oakenshield, Tauriel, Alfrid, and Gandalf the Grey.  I'll be getting my investment back plus a bit more for the effort.  If you're interested, check the auction out here. 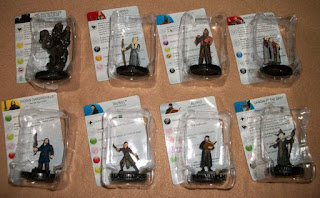