I have played Le Havre (2008) over a dozen times, always with the Le Grand Hameau (2010) expansion, and find it to be a game that draws me back again and again.  Yet, I have not played it with a full five people nor with just two, nor even solo.  My friend Tom has the game so I hadn't thought to purchase it for myself since it is likely he will be one of the players in any three or four player game in which I am also playing.  But I have been thinking more and more about picking up a copy and trying it out as a solo game. 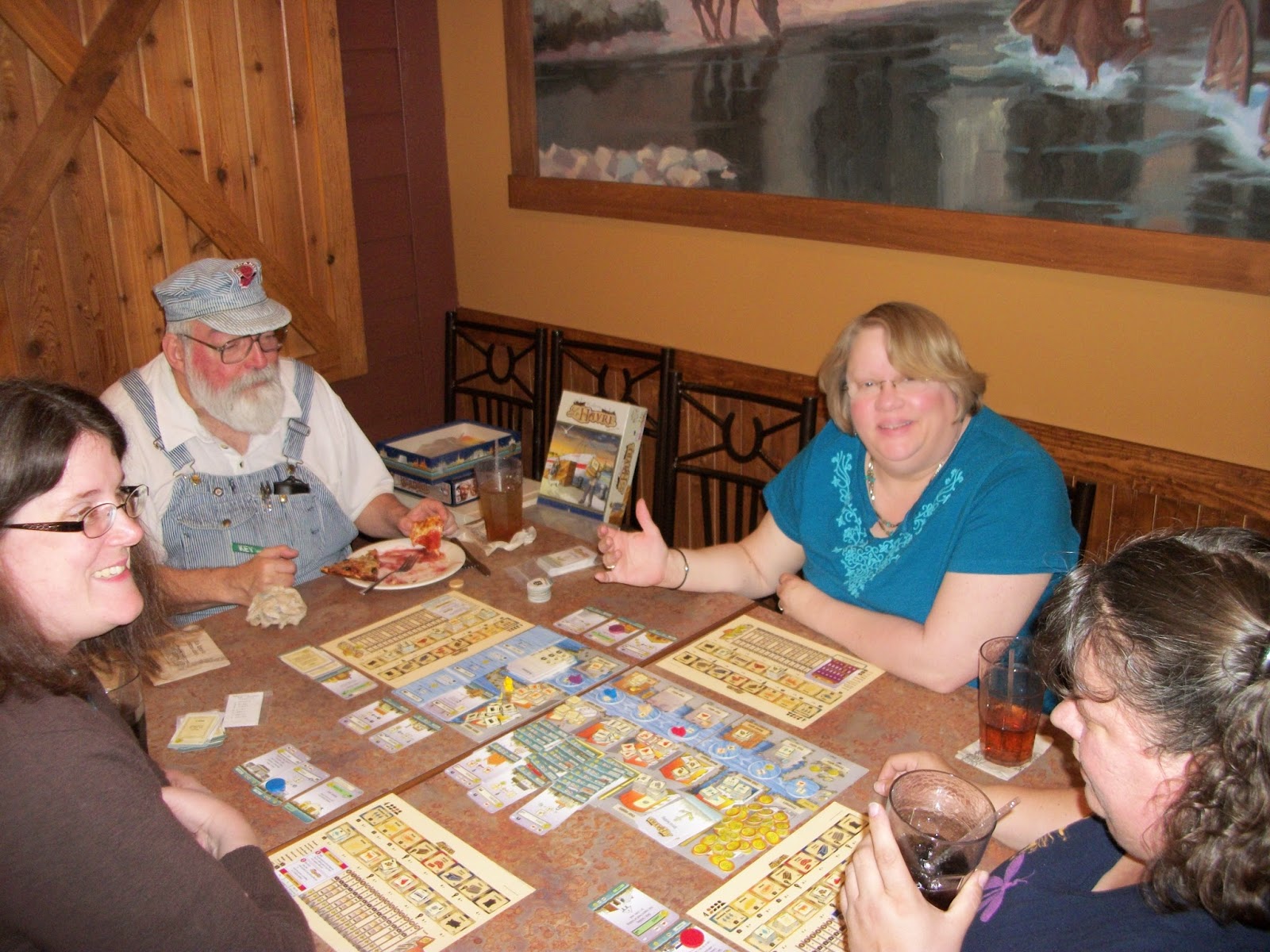 I've not played any tabletop games as a solo before.  I've set up games as if for multiple players and run through some turns while learning rules over an afternoon but this has been in pursuit of prepping for games with others people.  I couldn't even tell you if any of those games were games that one could play solo.  Probably not many of them, if any.  My buddy Tom has a tradition around the holidays of playing certain games solo when he has a couple spare hours and the itch to play a game.  Traditionally, around the holidays, there aren't many gaming events on the calendar and scaring up other players can be difficult.  It's a fine policy and having a couple such games on hand is the only way this can happen, barring online games that emulate tabletop games (which are fine but not my own cup of tea). 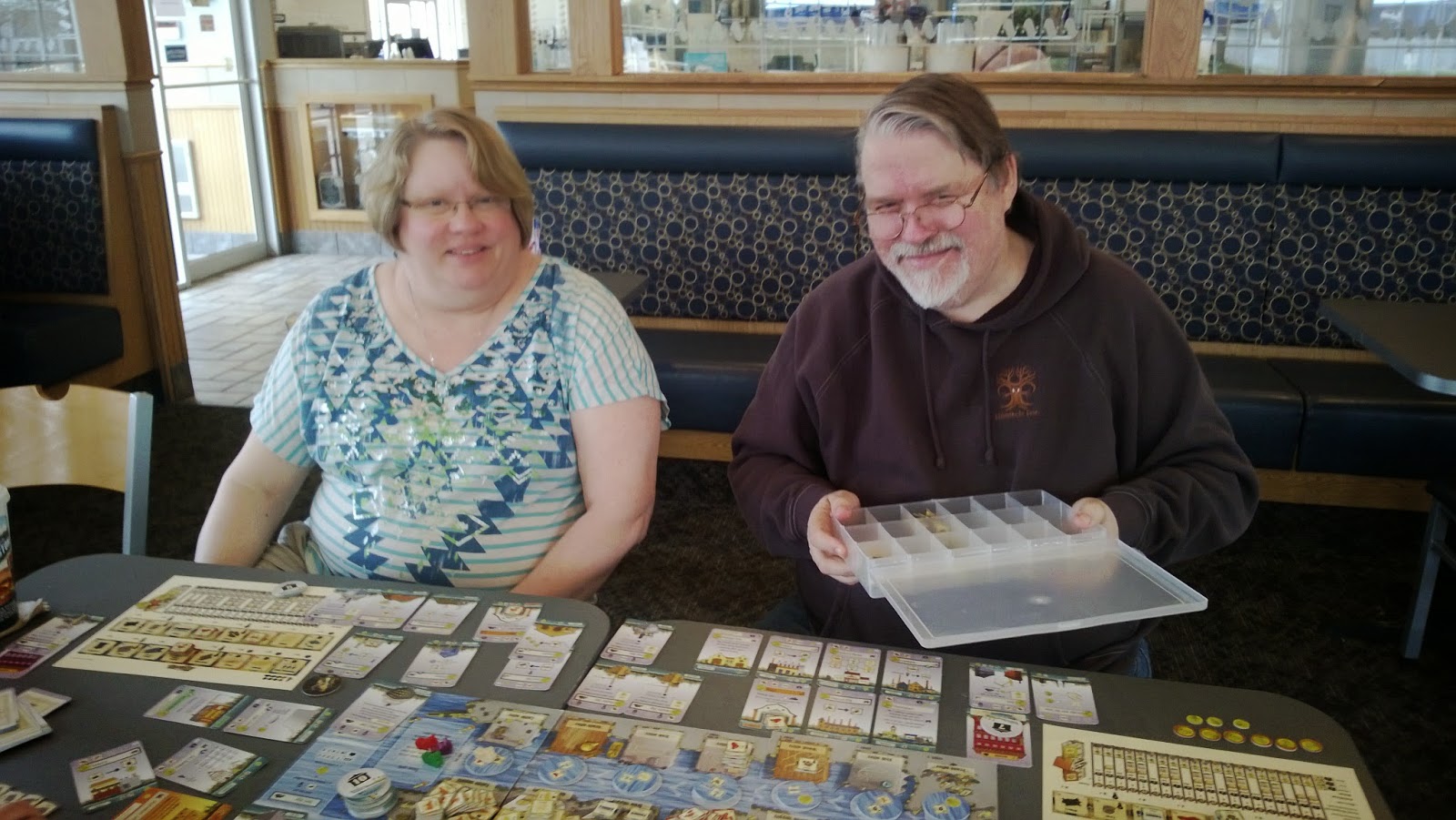 So, my questions are: Have you played Le Havre (2008) in this manner, with or without the expansion?  What other games that you like are designed to be played solo?  Are there any that you go back to again and again?  Thanks in advance for sharing any information you might have or opinions you might hold.  While we're at it, check out "Always alone... the definitive list of single player games" on Board Game Geek here. 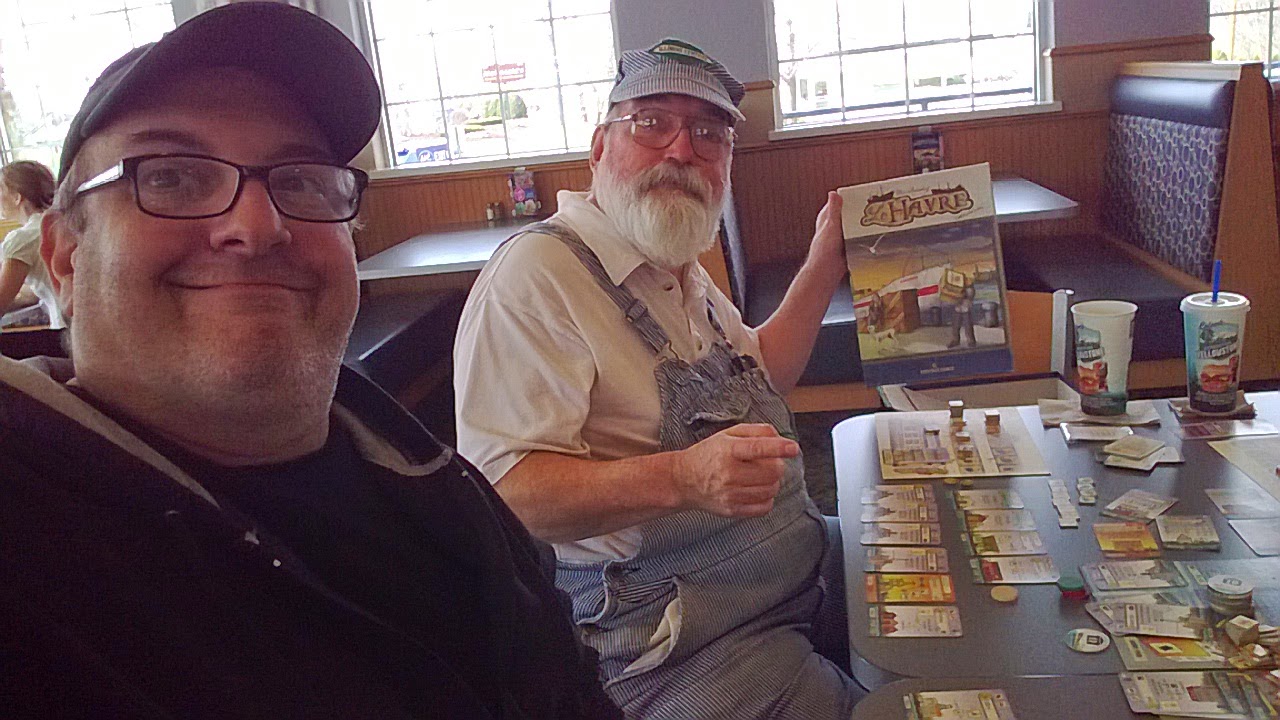