Nostalgia Thursday - Those Were the Wargaming Days

A bit of humorous one-upmanship transpired over the weekend in the Facebook Wargamers group when someone posted a pic and mentioned "The last Christopher R. Wagner Strategy & Tactics, 17 May-June 1969. Excellent artwork by Redmond A. Simonsen." 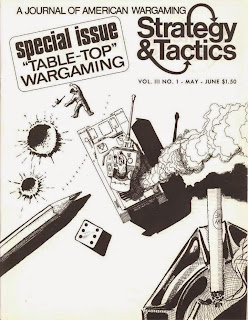 Naturally, someone else, not to be outdone, posted an image with the caption "Christopher Wagner – Founder Strategy & Tactics Magazine – Jan 1967, Issue Nr 1." Finally, someone slipped in another and wistfully posted "Ah those were the days, we turned up wearing ties to play wargames and here is the proof Charles Grant (Snr) and his son Charles S Grant (Jnr)." 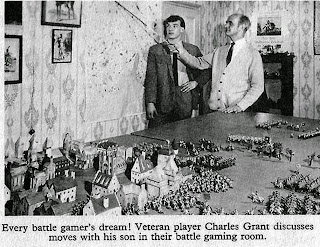