My buddy John won a copy of AquaSphere (2014) at a recent event and brought it to Culver's for us to check out.  We had some warning and were looking forward to it, since Tasty Minstrel had yet to disappoint us with other titles.  We discovered quickly that the rules of this one were a bit of a jumble to get through though that might be due to the complexity of the game. 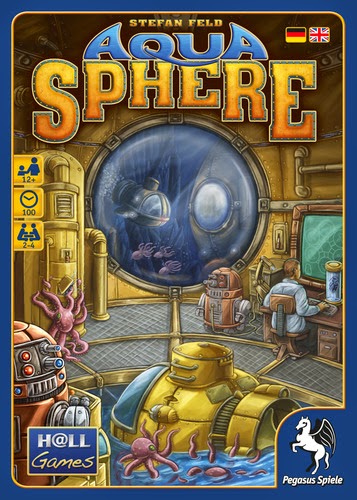 Use your engineer in the headquarters to program a bot; each round you can choose from three of the seven actions.  Have your scientist bring a bot to a sector to perform an action. 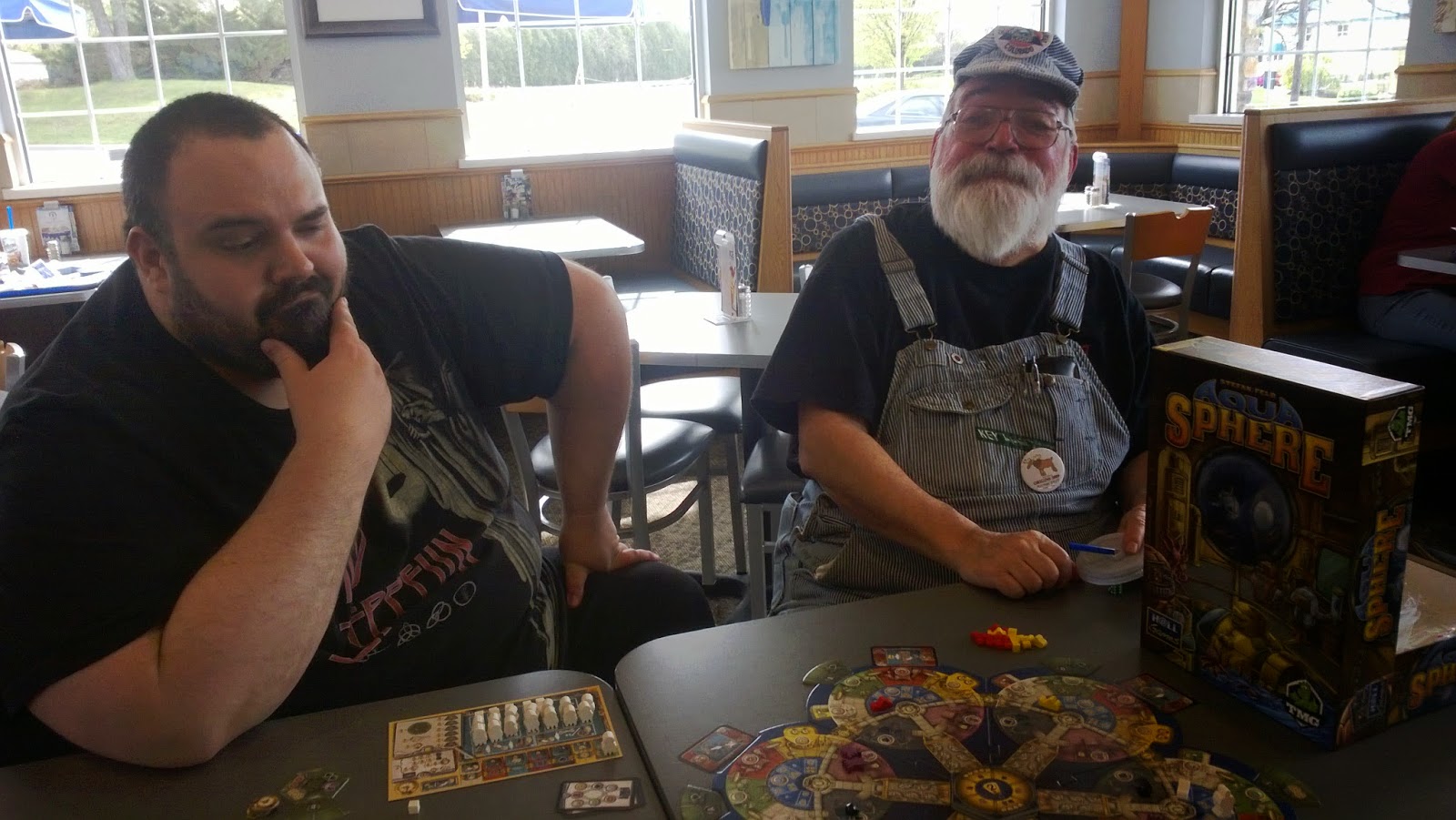 At first, four of us took a stab at a game but one had to leave part way in so we decided to start over.  However, Tom also knew he had to go soon and had his fill, so John and I decided to tackle it as a two player game.  We did refer to the aforementioned rules on more than a few occasions while playing.  However, despite this game being hard to grasp, those of us who played it all the way through agreed that this was an excellent, complex game with lots of options toward fashioning a winning strategy.  I think I am going to have to have at this one again to figure out what about it made it such a tough row to hoe because the harvest was plentiful and well worth the labor. 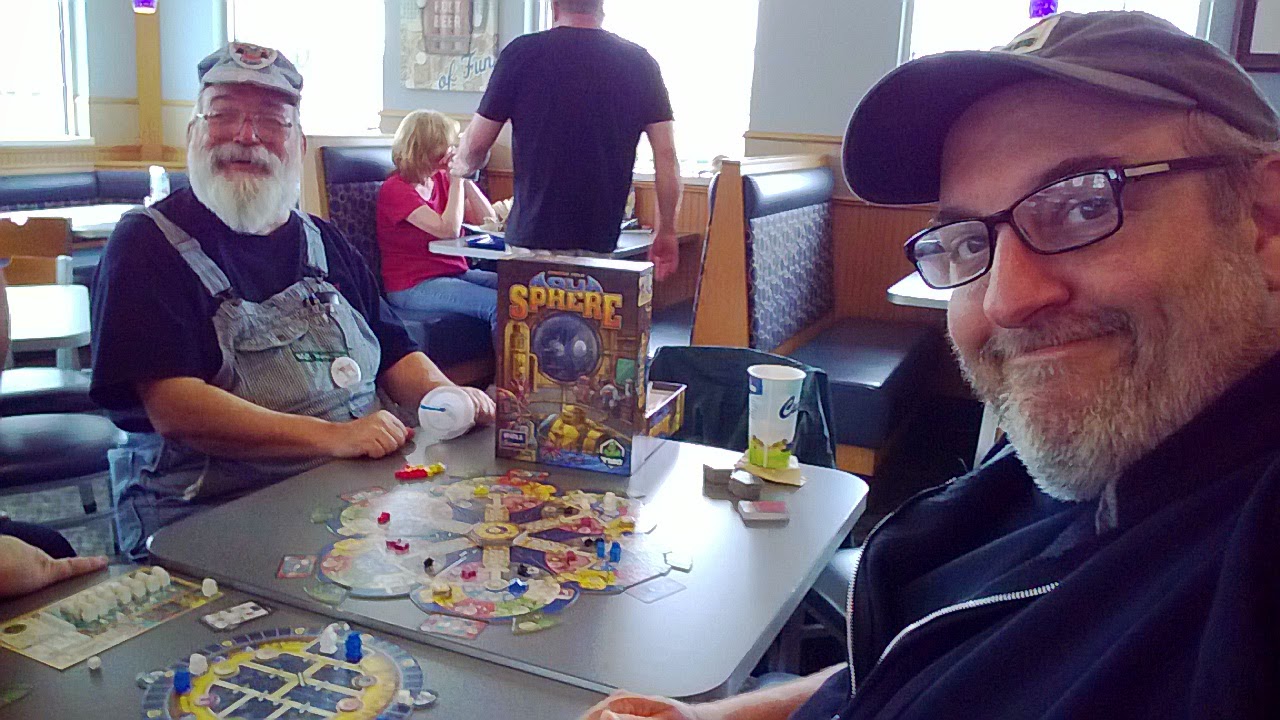