Power Grid (2004) has been with us for over a decade and I have played the game twice, once when it first came on the scene (more or less) and once last weekend.  The game is well rated and respected but didn't grab me the first time around and I haven't gone out of my way to play it, then it was suggested last gameday and I figured I would give it another try. 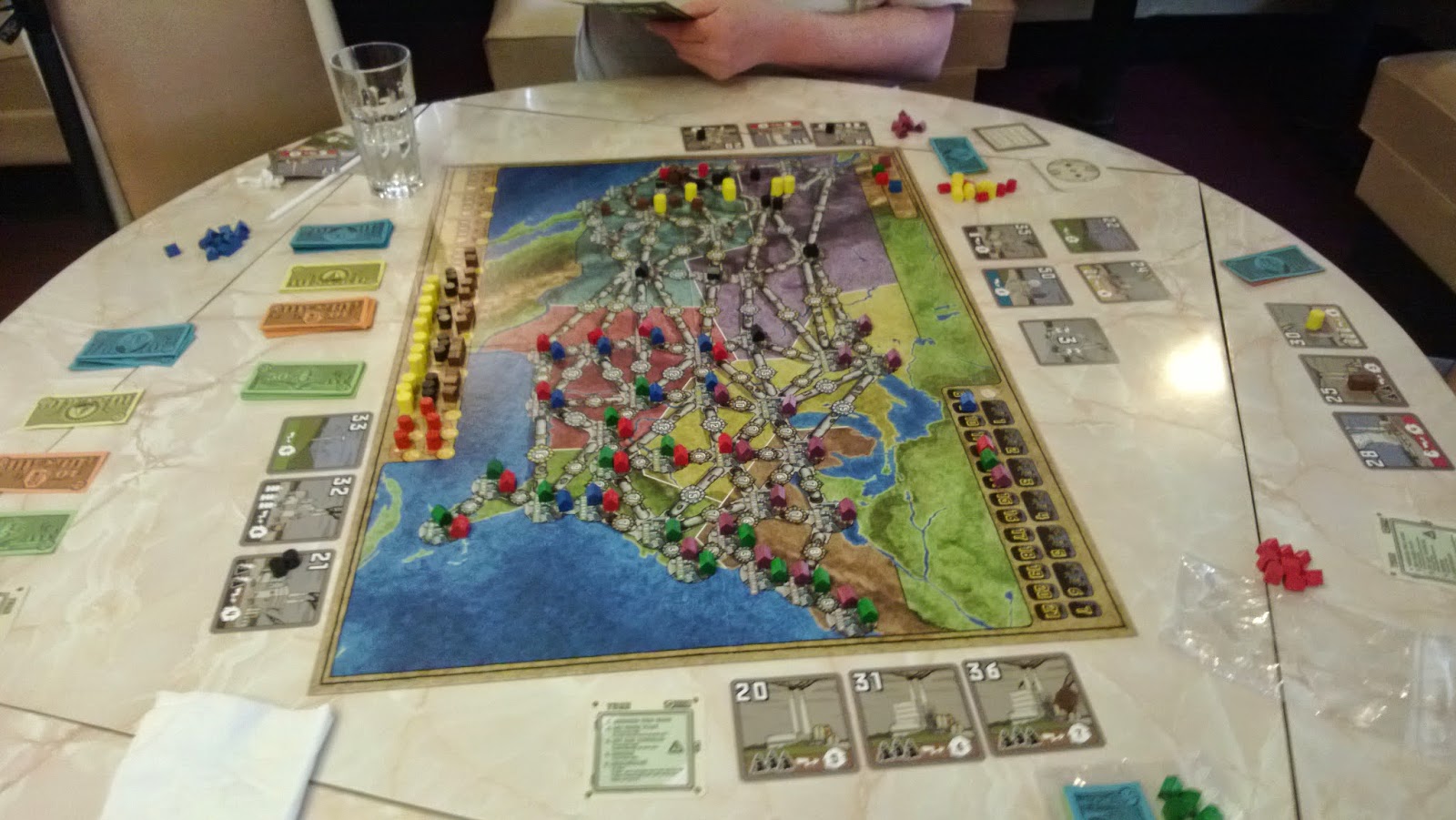 The descriptions from Board Game Geek is as follows:


Power Grid is the updated release of the Friedemann Friese crayon game Funkenschlag. It removes the crayon aspect from network building in the original edition, while retaining the fluctuating commodities market like Crude: The Oil Game and an auction round intensity reminiscent of The Princes of Florence.

The object of Power Grid is to supply the most cities with power when someone's network gains a predetermined size. In this new edition, players mark pre-existing routes between cities for connection, and then bid against each other to purchase the power plants that they use to power their cities.

However, as plants are purchased, newer, more efficient plants become available, so by merely purchasing, you're potentially allowing others access to superior equipment.

Additionally, players must acquire the raw materials (coal, oil, garbage, and uranium) needed to power said plants (except for the 'renewable' windfarm/ solar plants, which require no fuel), making it a constant struggle to upgrade your plants for maximum efficiency while still retaining enough wealth to quickly expand your network to get the cheapest routes. 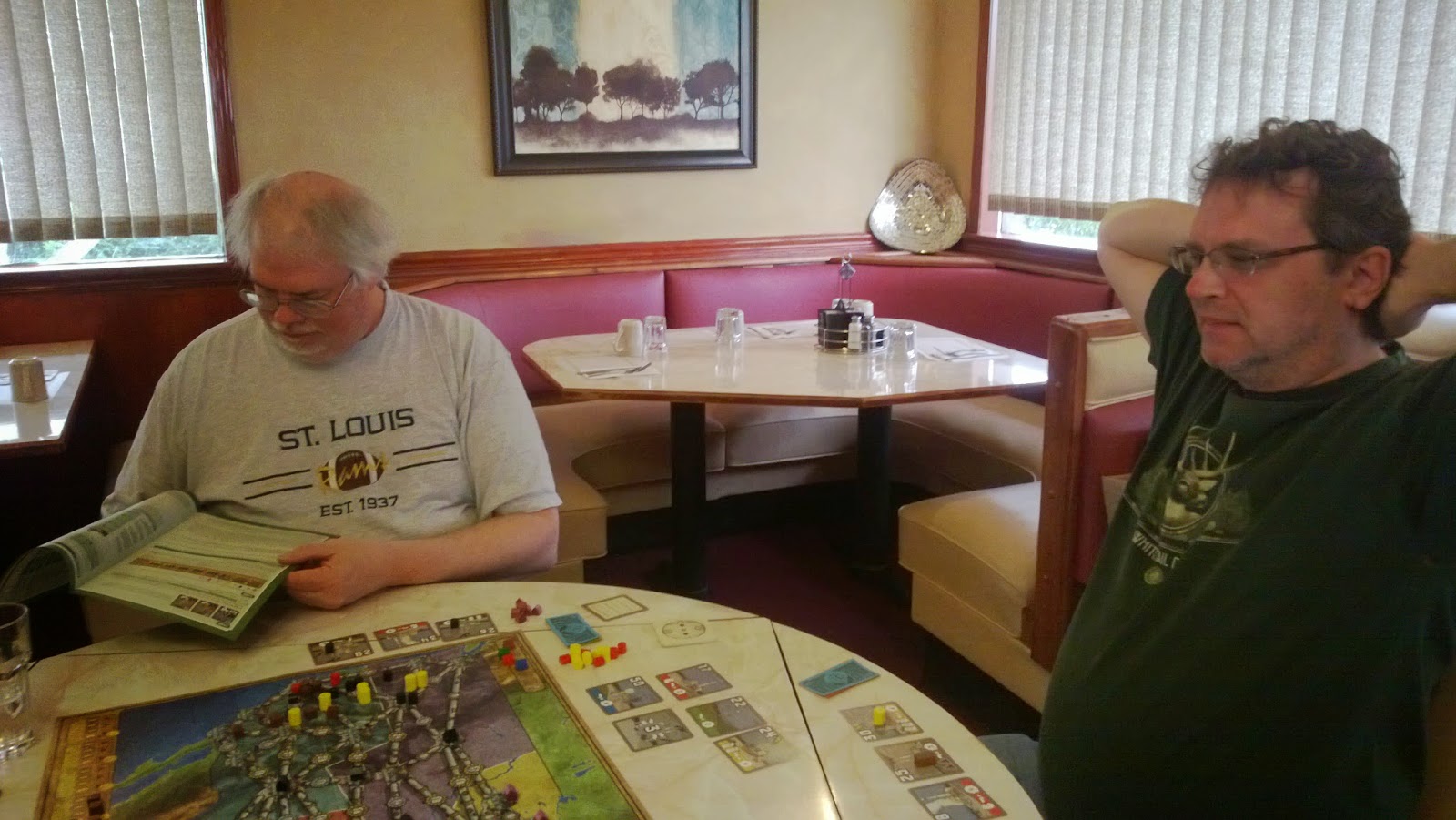 It really isn't a bad game, in my opinion, but something about the pile up at the end game that seemingly rewards those not in first place and sets up those running behind for kingmaking.  I have seen a few games played through the years and since I had suspected this problem with the game, watched for it in games I have viewed at gamedays and conventions, and it seems to happen quite a bit.  Still, maybe it is just one of those games where lying in the weeds of second or a close third place toward the end is the best strategy, and that's just the way to victory.  I'll have to give that a shot next time and see how it pans out. 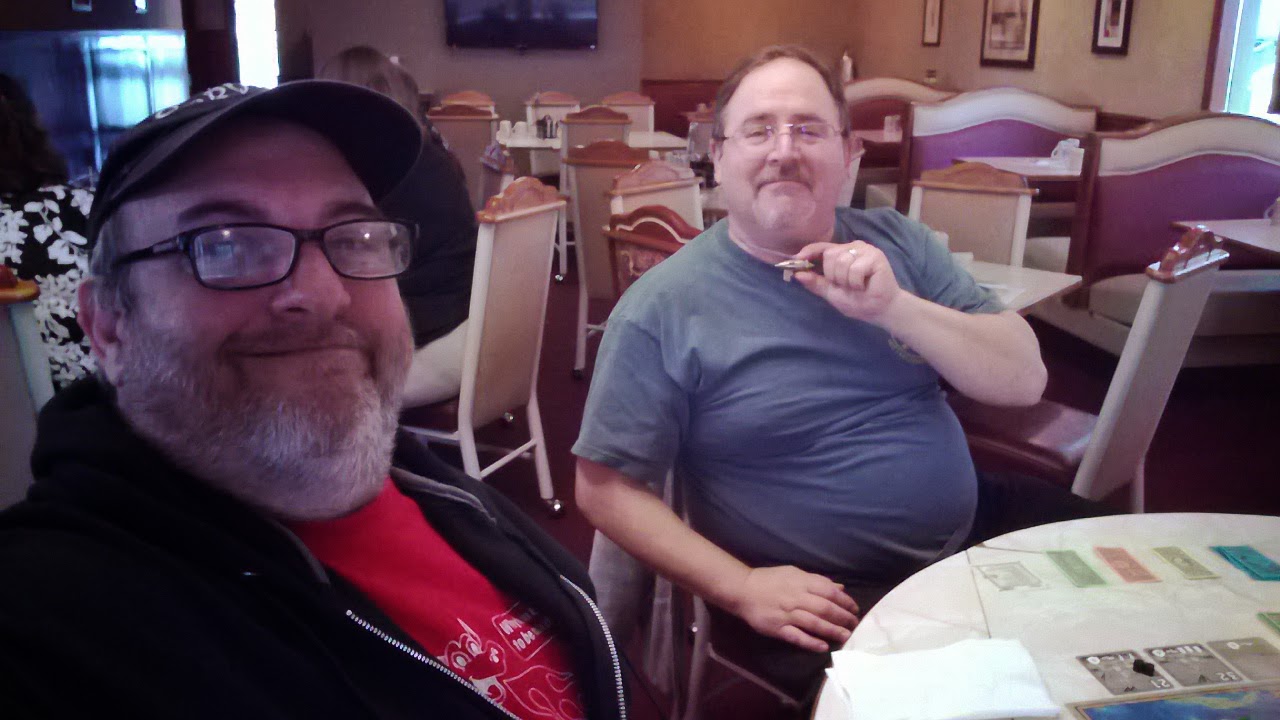