Belfort (2011) definitely has the bells and whistles one expects in a modern boardgame.  Earlier in the summer, I did a quick write up of some thoughts on my first game (here).  However, a couple of things have come up that appear to be a bad trend in the two games I have played.  I'm playing a little later today, so I'll be keeping an eye these aspects at that time.

A few thoughts now include . . .  Dealing with taxes isn't all that problematic once one gets the hang of things.  I did notice, though, that the number of useful guilds that are drawn can set the later players in the early turn order off at a disadvantage.  Sure, you can change the turn order as part of play, but by the time you do, those who went ahead have already had that advantage and have moved on to capture other advantages while you play catch up.

One of the biggest problems I noticed was runaway advantage in population majorities.  It's a double-dipping reward bonus, in that you get points for numbers but also get more workers to do additional actions.  As a player starting later in this game (third), I even tried to get in on that action when I realized I was going to be boxed out of the better guilds.  There didn't seem to be a way to staunch the bleeding once it began.

I'll see how today's game goes but I am losing hope that the game's problem can be mitigated by players who, by early bad luck, come later in the order of play.  We'll see. 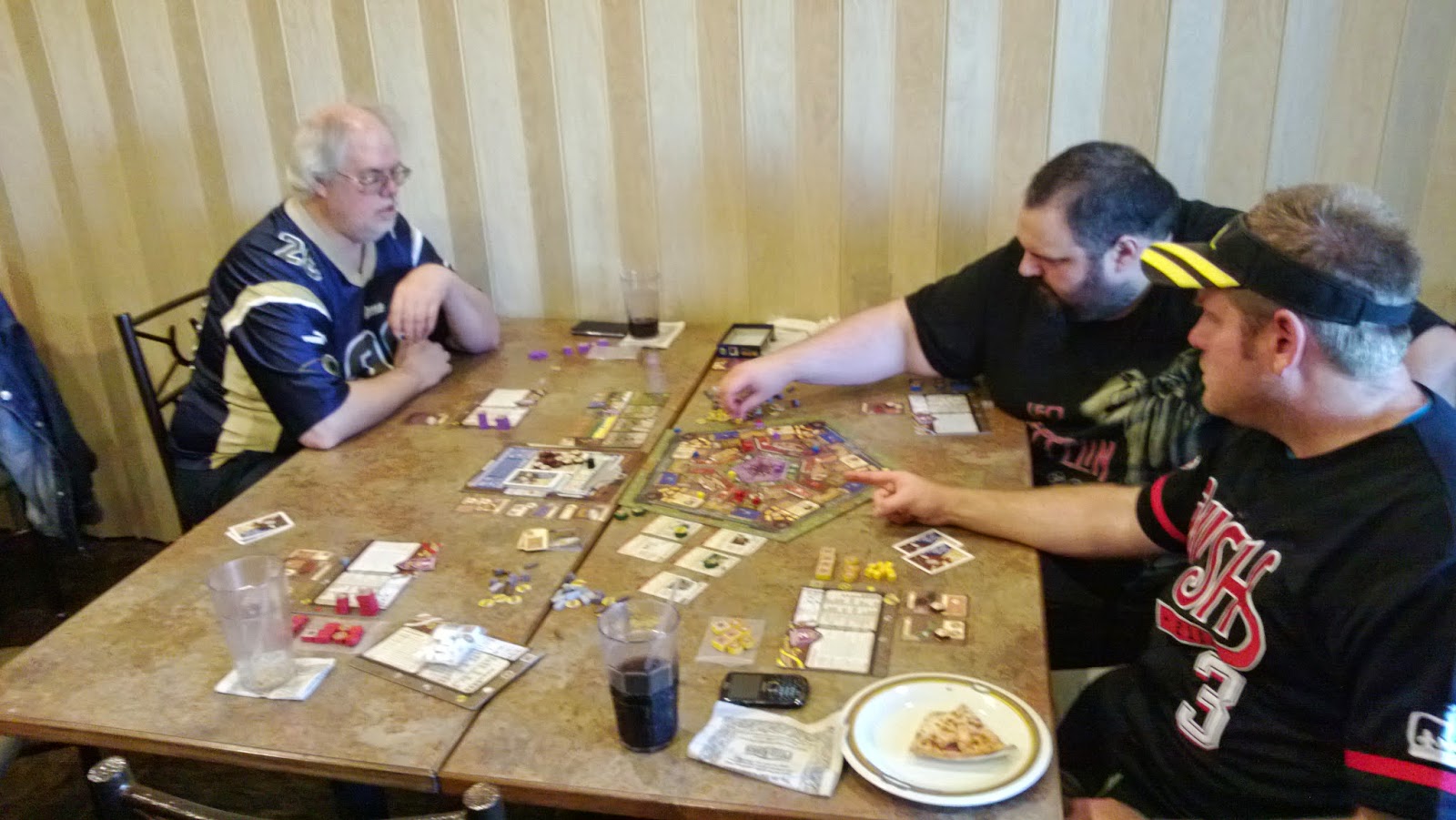