Battle Merchants (2014) is a two to four player game about fantasy weapons merchants.  It's tough for me to get too excited about most games that don't allow more than four players (or games that don't allow for less than three) because so often I find myself in situations where they cannot satisfy enough player (or just me and someone else when I need games for just two) but this one caught my eye.  Plus, it's always nice when Board Game Geek has a convention video with someone from the company, often the designer, to help spur my interest. 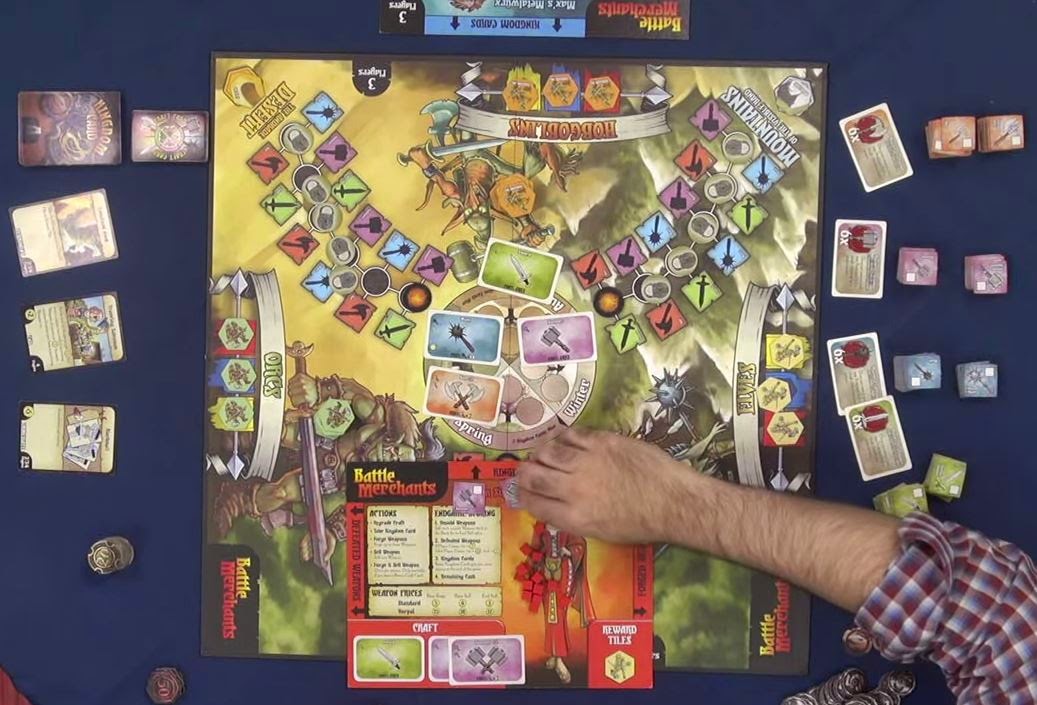 
In a faraway land, the Elves, Dwarves, Orcs, and Hobgoblins stand on the brink of war. After years of failed peace negotiations, they have finally decided to take up arms and stand ready to fight – which is great news for you because you'll be selling them their weapons.

Battle Merchants is an economic game set in a fantasy land in which players manufacture four different weapons, then sell them to various warring races. Demand for each type of weapon differs throughout the game, but a well-crafted weapon will last longer.

On each turn, players can forge weapons, sell a weapon, upgrade craft (to build better weapons), or take a Kingdom Card (for special powers); for players with a high-enough level of craft, a fifth action is available: forge and sell a weapon in the same turn. Players earn money by selling weapons, and it's permitted (nay, encouraged!) to sell your weapons to both sides of the same battle. The game takes place over four seasons in one game year. At the end of each season, the races fight with the weapons that the players sold. Weapons are at risk of being destroyed in battle, and surviving weapons earn money for surviving. After all, someone has to get paid to sharpen all of those weapons...

At the end of the game, the player with the most money wins.

And below is the recently uploaded video on BGGTV's YouTube channel from Gen Con 2014. 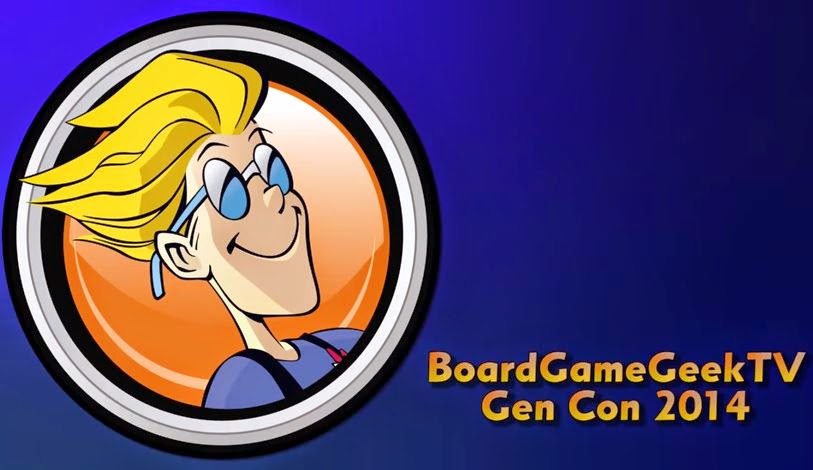