We played a nifty card game yesterday that has been around a while but of which I had been unaware.  Skallywaggs (2005) isn't a quick game, in my opinion, when first encountered but I could see it getting much quicker once players get to know the deck and know which cards to hold in their hand for the end game. 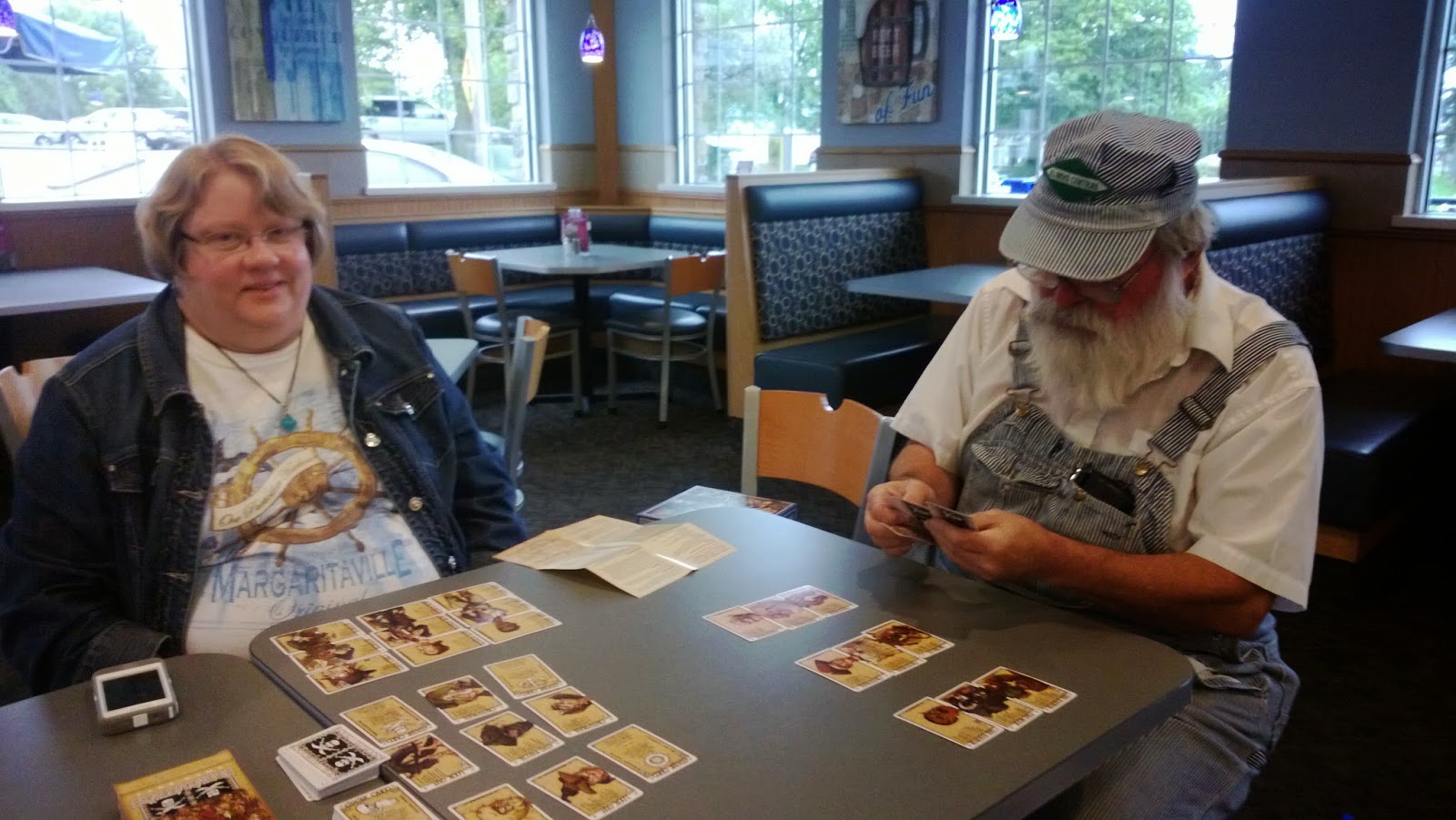 Here is the description from Board Game Geek:


From the publisher:  Be the first to set sail by building a crew of rascally rogues before your opponents can complete their own collection of misfits. You'll need both luck and skill. But beware! This is Skallywaggs, and every pirate worth his parrot knows the tide is quick to turn. There's Scurvy, Hurricanes, and Cursed Sailors aboard, and if you can't batten the hatches your skallywaggs may be hauled off in irons or sent to Parley with Davy Jones.

The game comes complete in one box, with all 120 cards, and instructions for two to four players. The deck consists of 90 unique, wonderfully illustrated body parts (30 heads, 30 chests, 30 legs) that fit together to build thousands of different characters, and 30 event cards that add peril to every turn. Skallywaggs is a sure hit for hours of cutthroat fun. 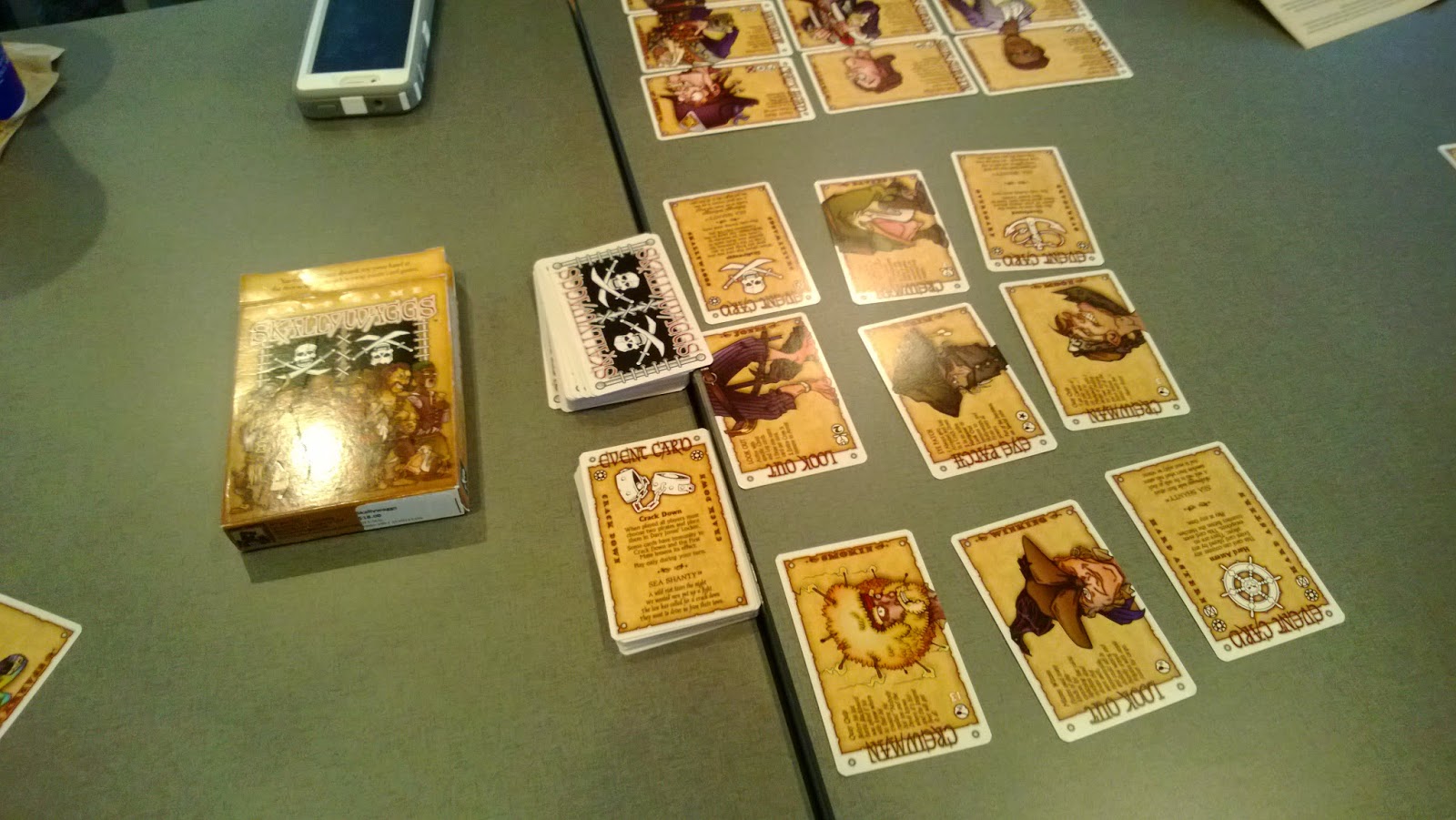 I think that the way we played the game was more tentative than typical.  We were so busy working out how to create pirates that were less likely to be stolen or destroyed that we failed to realize that such things can happen fast and often in this game.  It's seemingly better to build fast and move forward to victory with a recklessness that pirates would appreciate.  Next time, I plan to do so anyway. 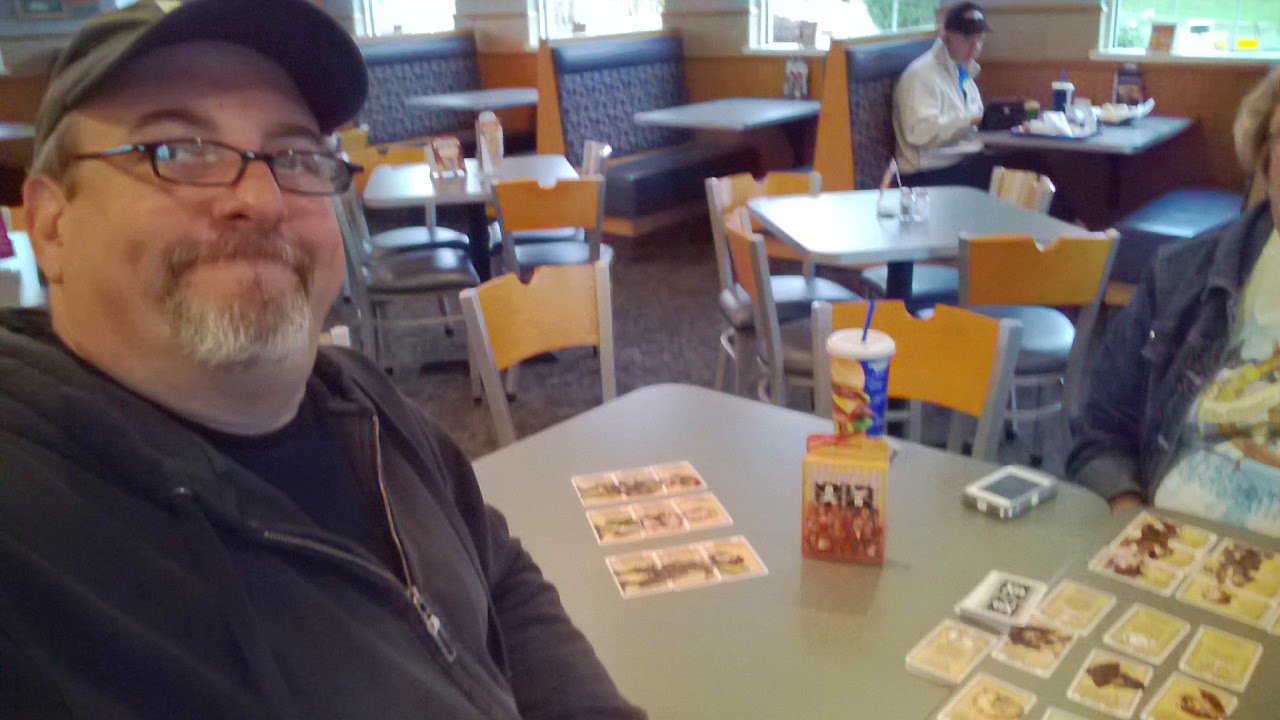