Spyrium (2013) is a game for two to five players that generally takes a bit under one and a half hours.  I've played this game about a dozen times, mostly with seasoned veterans of boardgaming, and have found it to be as fun with two as with five, and likewise in between.  Recently, playing with just Tom Wham and myself (seen below getting out a die to determine first player), I tried a new approach than usual, but more on that later. 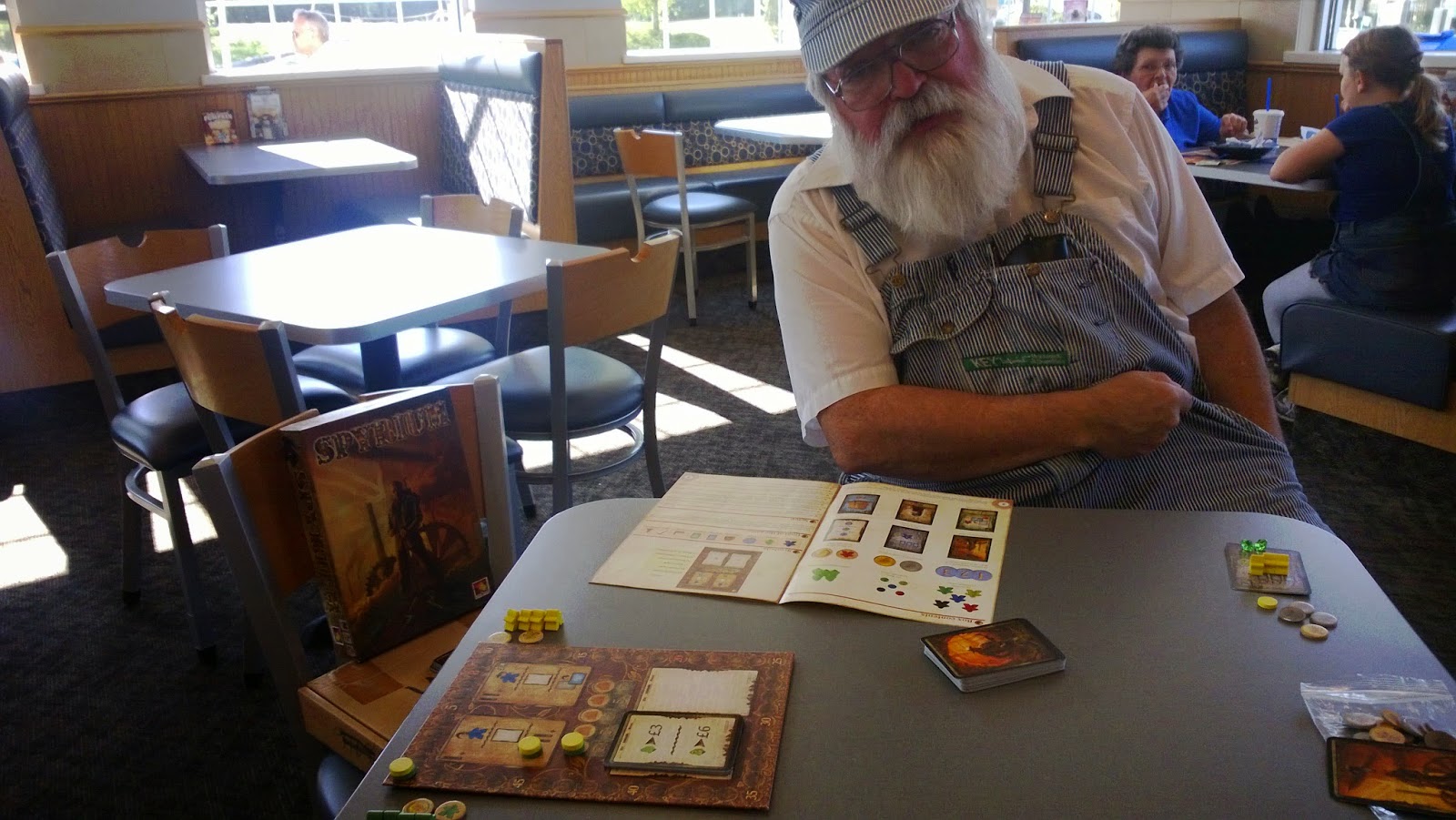 
Spyrium is set in an alternate world, an England set in a steampunk-based universe. Players build factories, needing workers to manage the production of a commodity previously unknown to us called "Spyrium". Producing Spyrium in one factory, then processing it in the next results in victory points (VPs) for that particular player. Alternatively, Spyrium can be purchased, but the material is rare and expensive, and players are constantly scraping for money.

Only those who from the beginning of the game manage to increase their regular income or their base of permanently employed workers (who can be used again and again to raise money) will be flexible enough to get their hands on the important end-of-game buildings to generate many VPs.

The circular nature of the game is flexible as each player can decide for himself when to move out of the placement phase and into the activation phase. With the two tracks in the game, those involved with delivery during the worker phase can then be used to raise money, to purchase an adjacent card, or to work on their own in an idle factory. All of these things are important, but in the end only the player who has dealt best with the lack of money, workers and Spyrium will win.

Often when I play Spyrium, I jump aggressively toward accumulating early Victory Points (VP).  This has often left me scraping for coin during at least two rounds.  This time around, I made sure I had enough coinage all the way through with the exception of the very last action.  I made sure to collect a handful of end-game VP buildings that also could keep at least two of my workers busy away-from-market each turn, adding some flexibility to how early I could switch from placement to resolution.  Although it was a tight game, and but for one or two plays could have gone either way, I managed one of my higher scores. 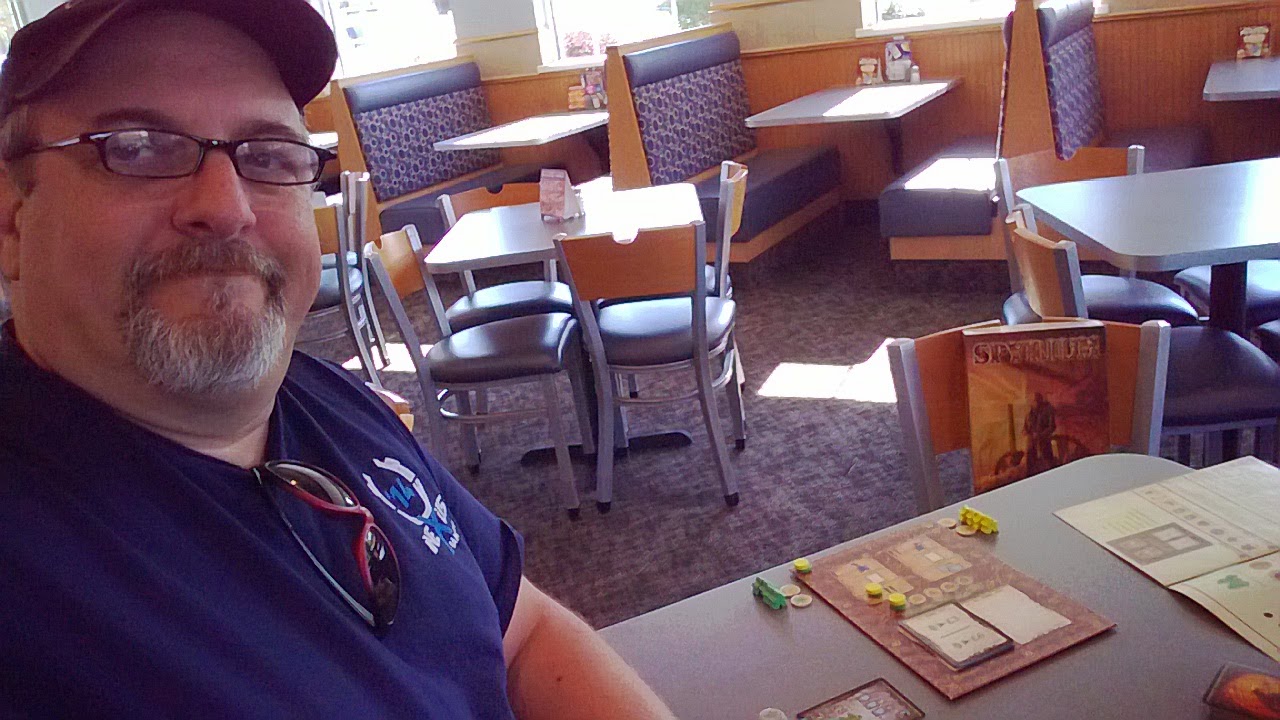