A couple of weeks ago at Culver's, one of the games we squeezed in was a twenty-year-old tabletopper called Manhattan (1994).  It's a fun little game with some slick card-based mechanics where you build up six sections of Manhattan Island in NYC.  We used a highly recommended variant rule where we also moved around a kaiju which the game doesn't provide.  Tom Wham happened to pick up a three inch tall Ralph Kramden of television's The Honeymooners (1955–1956) fame which lent even more fun to the proceedings.  This figure had apparently been liberated from a mid-80s TSR game The Honeymooners Game (1986). 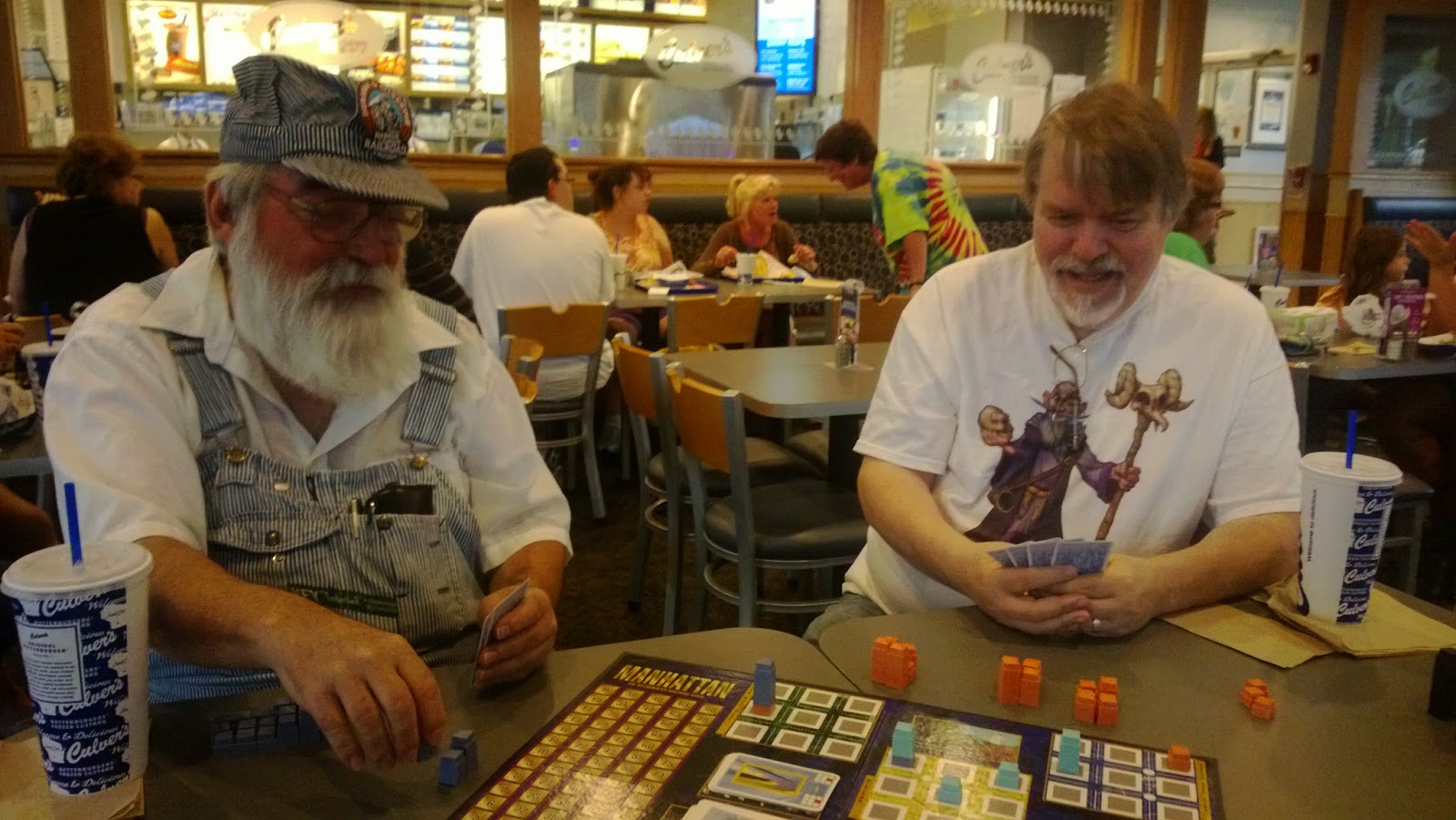 The description for the game from Board Game Geek is as follows:


In Manhattan, players are constructing a skyline of skyscrapers over several districts, or city blocks, of Manhattan Island. Ultimately, each player seeks to have built the tallest buildings in the most city blocks of the Island.

Each turn, players will play a card that illustrates which part of a city block they may place a "floor" on a building. The placement card is unique for each player in that the section they may place in is relative to their seating at the table. The player who has placed the top most floor controls that building. Each round, scores are tallied based on control of each of the neighborhoods.

At the end of the game, the player who has scored the most points through area control and tallest buildings, wins. 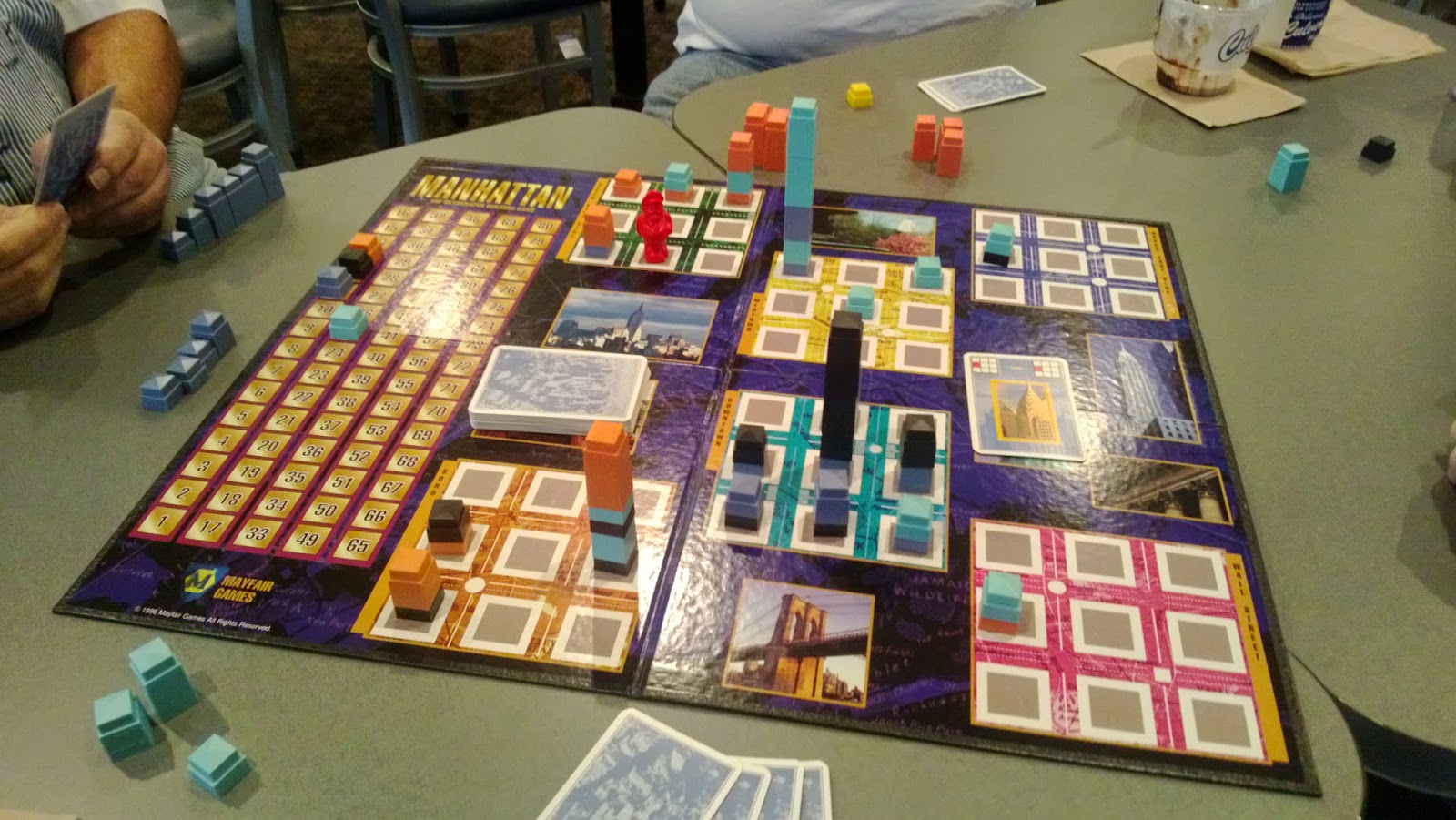 There are four rounds to the game and scoring after each round.  The players have the same number and types of pieces and must choose 25% of them at the beginning of the round to use for that round.  Buildings destroyed by the monster are removed from play.  Fast play and good fun! 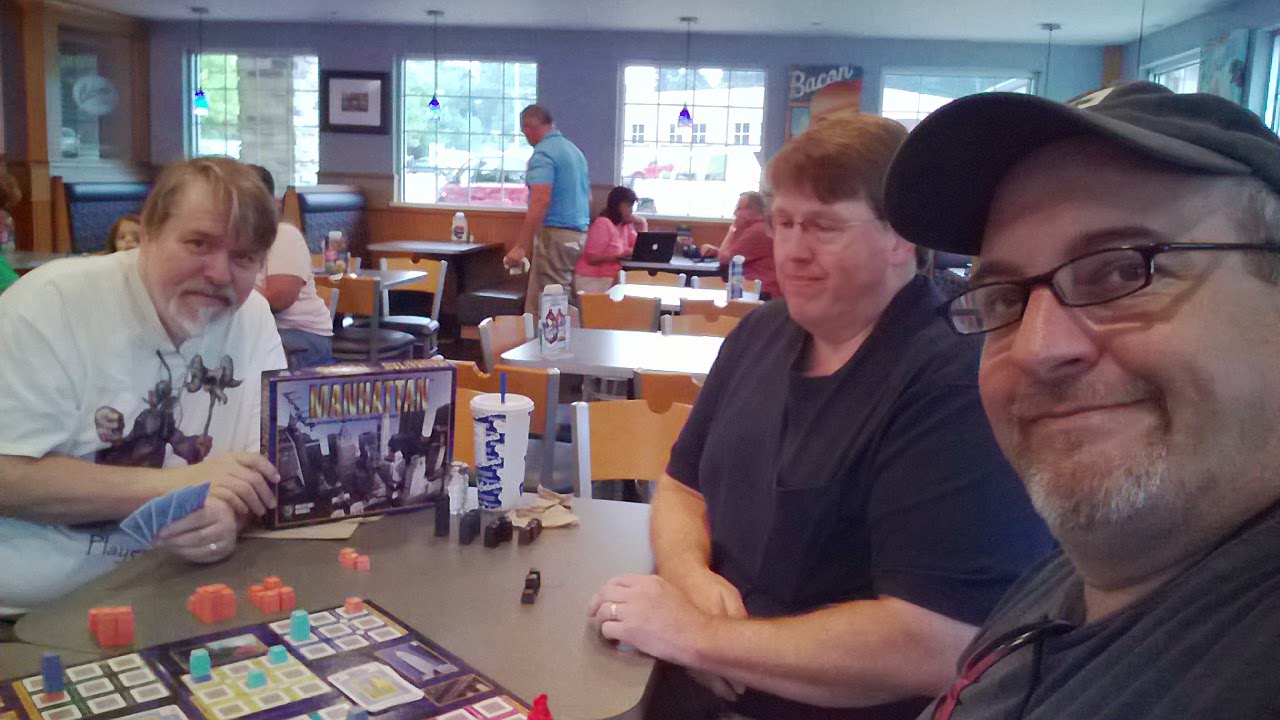