It's been over 40 years since Dungeon (1975) was first published by TSR.  I've written a bit about it before but wanted to share some pics of the 1992 version we have on the games library shelves at Lake Geneva Games. 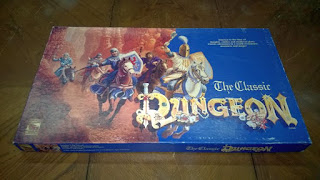 I think this needs to hit the table soon, perhaps later today, when some of the gang shows up for Thursday Open Boardgaming. 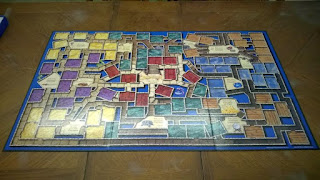 Of course, if Ernie is in the house, he might be tough to beat since he probably played it even before it was published. 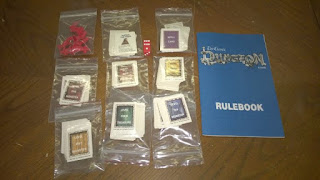