The night before Halloween, our regular group got together to play Last Night on Earth: The Zombie Game (2007) as a way to celebrate the holiday.  This is a game that plays best, in my opinion, when there is a frenetic pacing and the players as well as the GM keep things moving and react immediately on their turn.  Unlike a wargame or strategy boardgame, part of the excitement of zombie games, and this one in particular, is that tactical mistakes can be made and the overall strategy should be little beyond just trying to survive.  Analysis Paralysis can dampen the thematic mood that is built into this game by specific design. 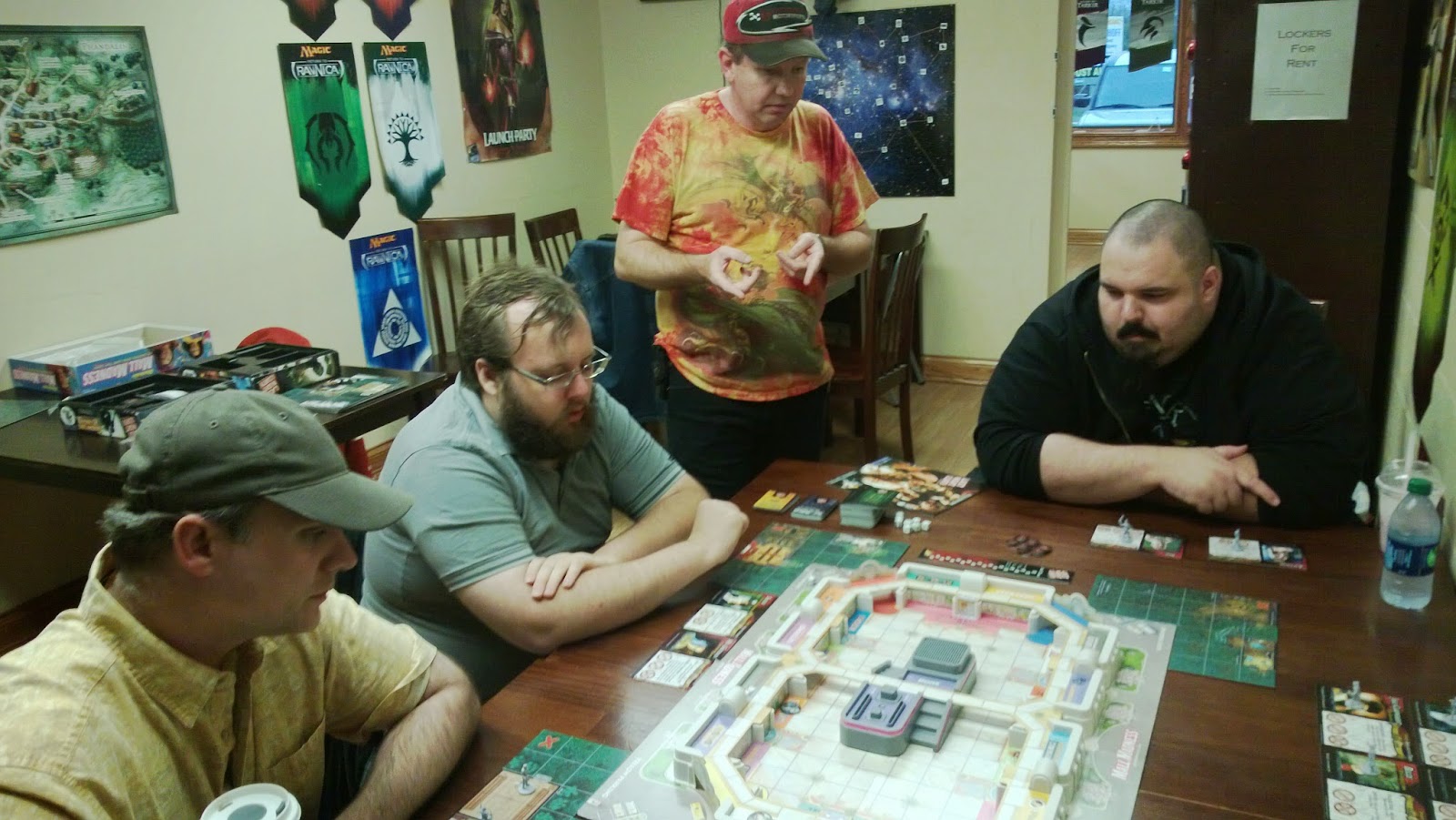 Part of the reason we took up this game was so that one of our number could get his sea legs running it prior to doing so for gamedays and conventions.  We used a scenario that utilizes the game board from Electronic Mall Madness (1990) and appropriately titled Last Night At The Mall: A Last Night On Earth/Mall Madness variant scenario which can be downloaded through the link at Board Game Geek. 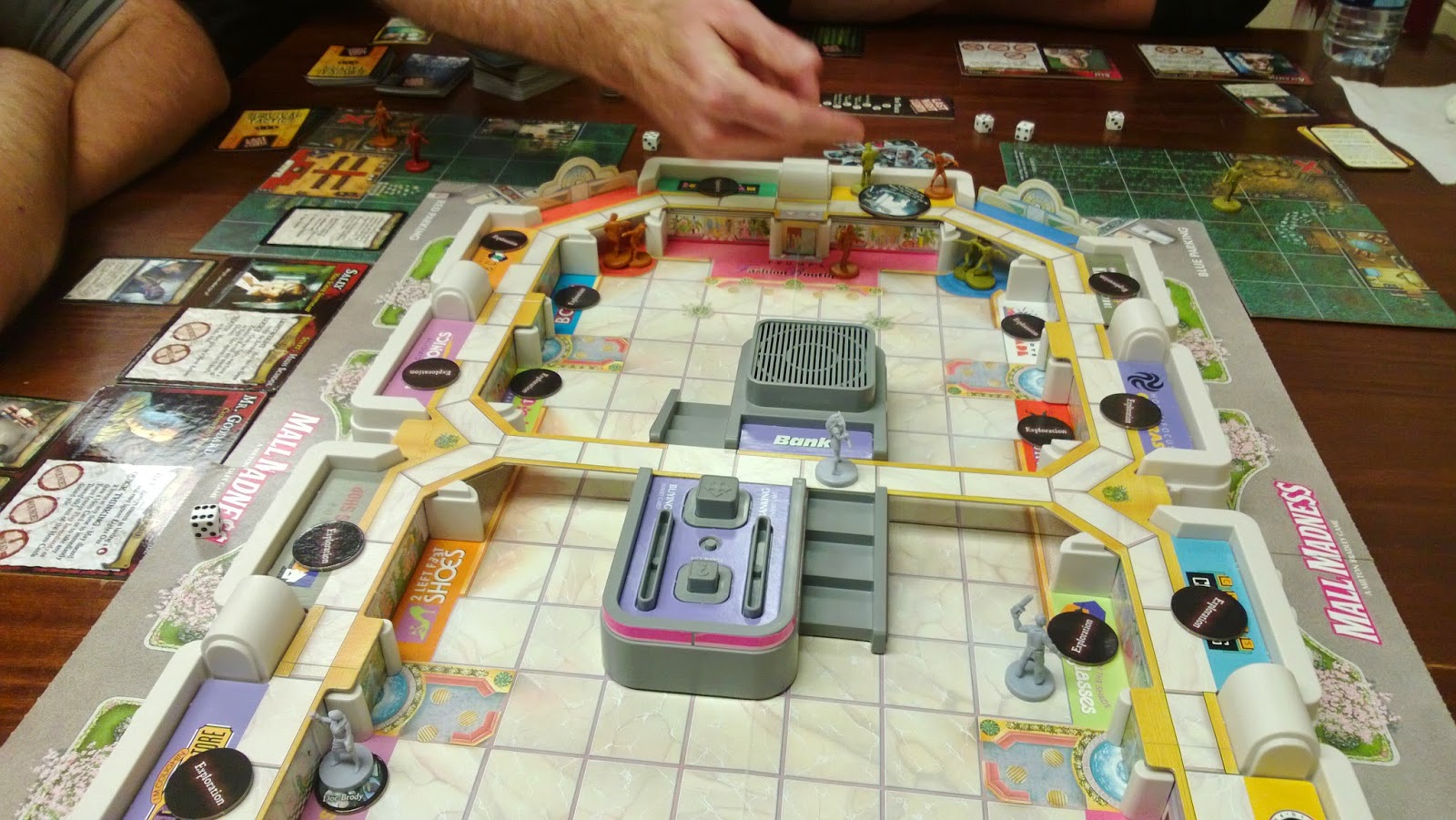 
Last Night on Earth, The Zombie Game is a survival horror board game that pits small-town Heroes head-to-head against a horde of Zombies. A team of four heroes is chosen by one set of players, and the Zombies are controlled by 1 or 2 players. Each hero has its own special abilities. The board is modular, which changes the layout of the town and start positions of each hero. The game comes with several scenarios, which include simple survival, rescue, or escape. Differing combinations of heroes, scenarios, and board configurations offer a lot of replayability.

A Hero deck and a Zombie deck deliver tactical bonuses to each side. Combat is resolved using 6-sided dice, modified by the weapon cards heroes may be equipped with. Many of the cards include zombie movie tropes to achieve a feel of playing out a horror movie. All the game art is photographic, enhancing the cinematic feel. The game also comes with a CD Soundtrack of original thematic music.

Each hero has its own plastic sculpted miniature. The game also has 14 zombies in two colors. Other objects and effects are represented by high-quality cardboard counters.

It's fairly straightforward and not much is required for players to learn the game besides an explanation of combat, as most of the rest of what players need to know is on their player card or the cards they draw as equipment and such.  I would caution that some players can get bogged down in the text of the cards so it behooves a GM to keep on top of the players, keep them moving, and swiftly explain the effects of a card if a player is stumbling on their wording. 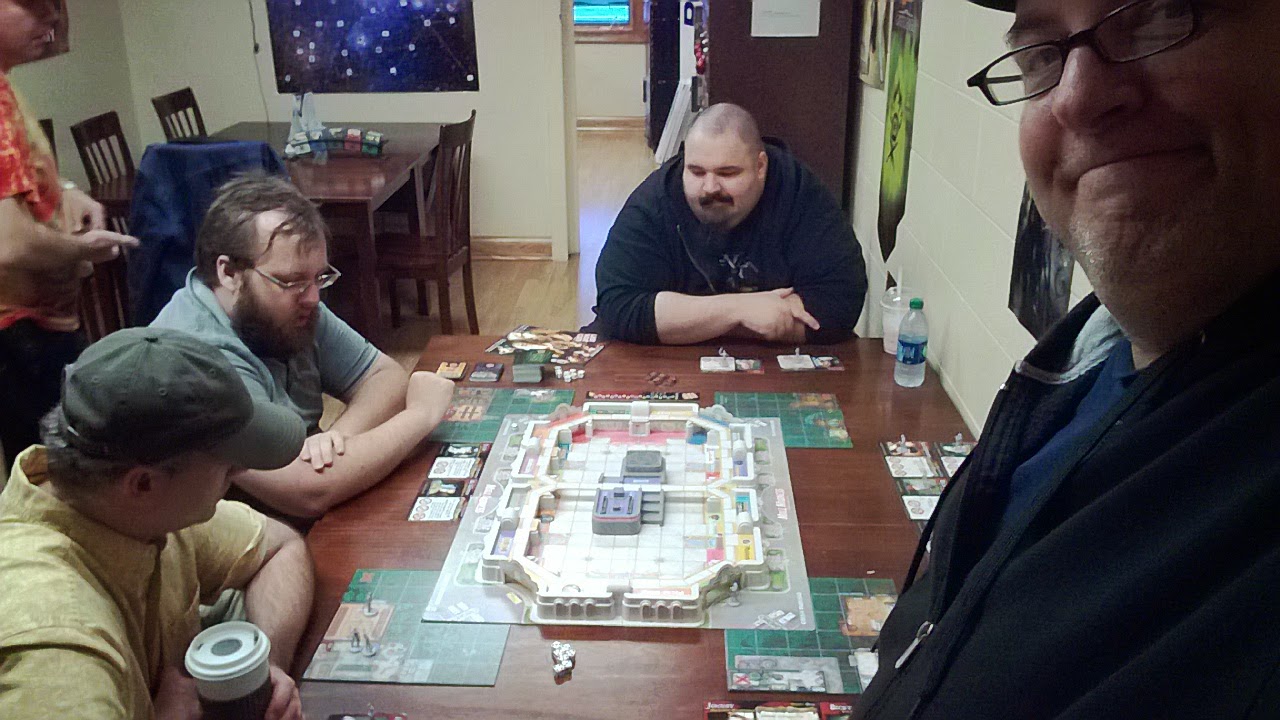