Not long back, my buddy Tom brought a game around called Among the Stars (2012). We were short on time the first chance we had to check this out and Tom hadn't had an opportunity to look it over too deeply, so we muddled around with the components and rules a bit for an hour.  While that is the suggested playing time, we really only barely got it out of the box and looked stuff over.  The second time, we also had Brad with us and Tom had played elsewhere with some gamers of note, so we played three years of a game (out of what is normally four). 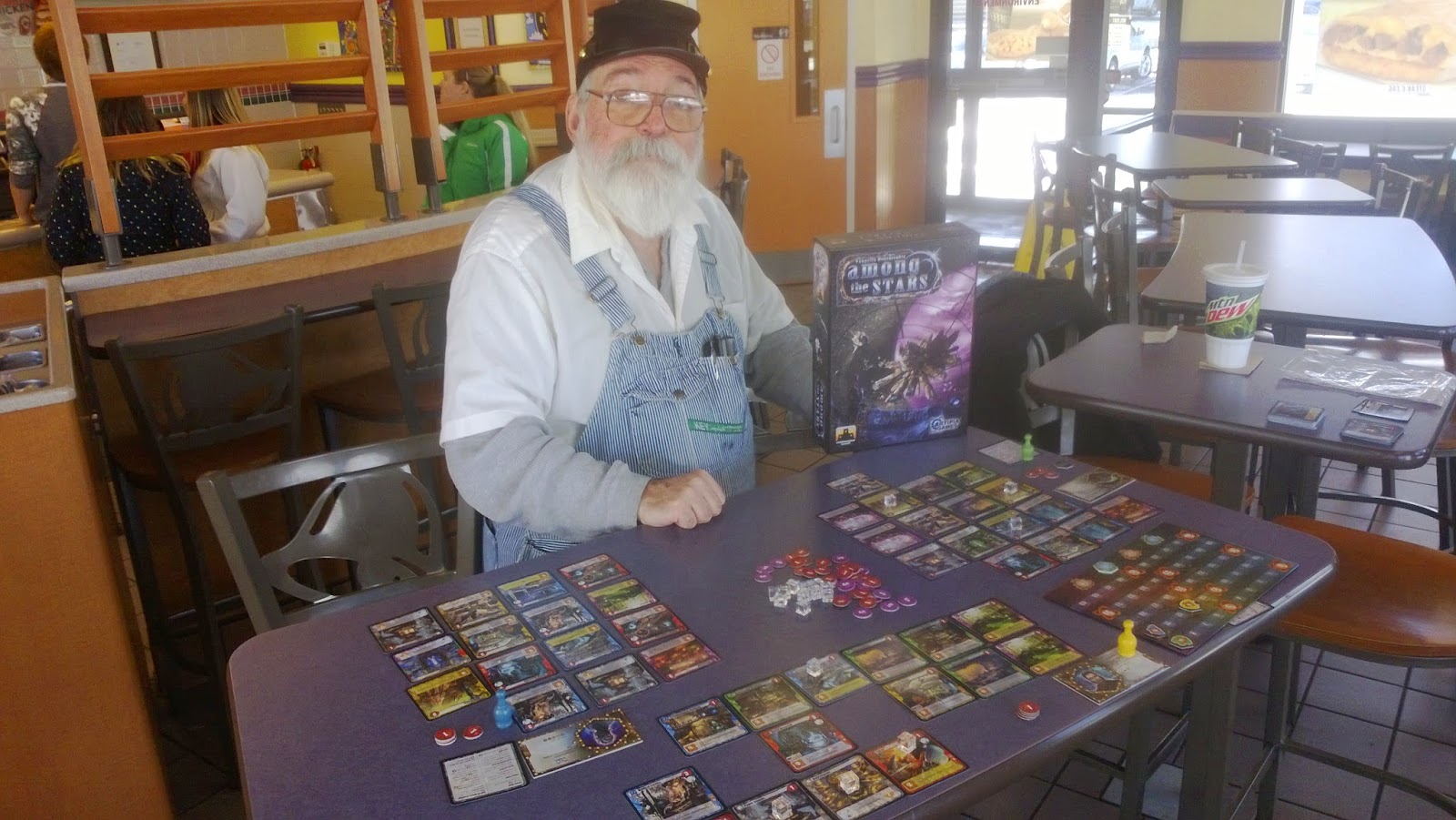 
Among the Stars takes place in a war-ravaged galaxy where the warring alien races have declared peace in the wake of a threat with the potential to destroy them all. An Alliance is established to build space stations throughout the galaxy in order to promote trade among the races, strengthen diplomatic relations, and defend against this impending threat. Each player takes the role of one of those races trying to build the greatest space station. Through card drafting, the players select locations, and use these to build their station, scoring victory points based on the placement. The construction lasts four years, and alien race with the most points at the end wins.

I't a fun space station building card game though I suspect that once you know the cards and most of their cascading effects, some of the game's challenge will be diminished.  I'd imagine some expansions for the game, new races and additional space station locations, could increase the overall longevity of the game.  I'm still intrigued by this one but I'm not sure how long that intrigue will last. 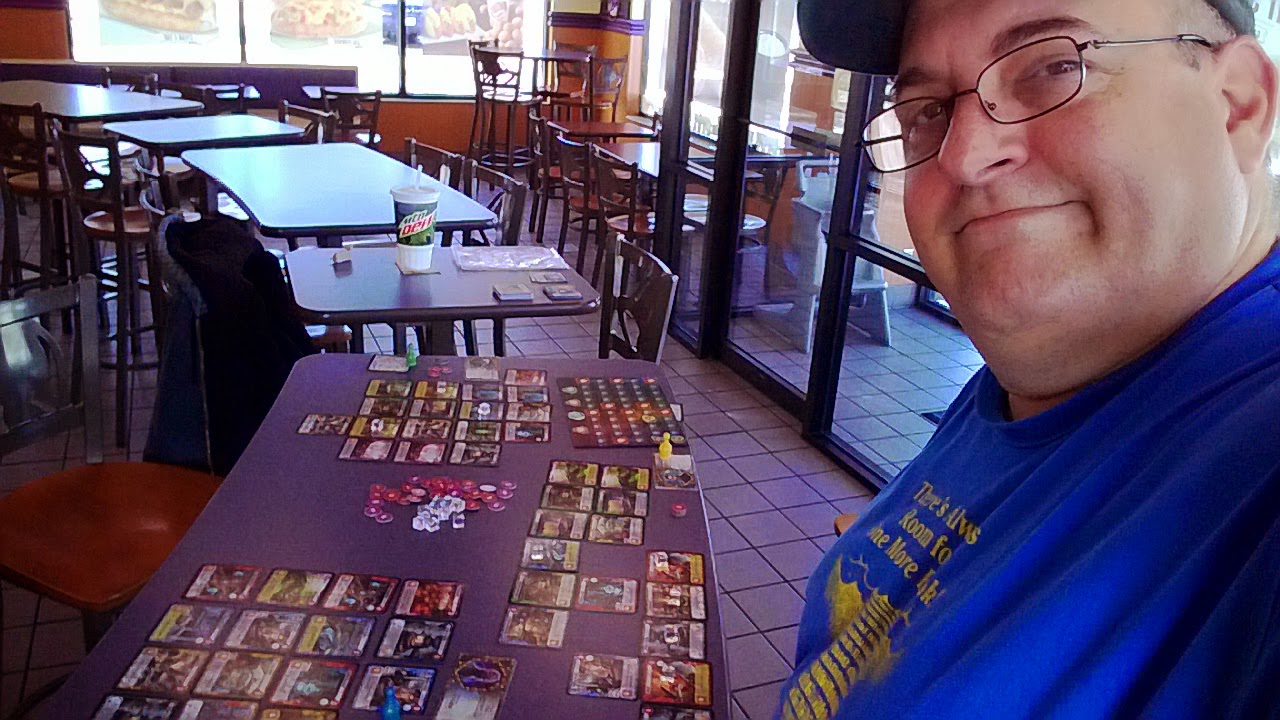