We were down to two players Friday with some of the gang off at the convention, so Mark M. busted out Tiny Epic Kingdoms (2013).  It's a nifty little game with lots of permutations to the board arrangements and strategies for each player kingdom choice.  It's tight and good looking with a variety of components, so let's call it compact because it feels like there is plenty of game here despite the smaller box size and how little space the parts take up within it. 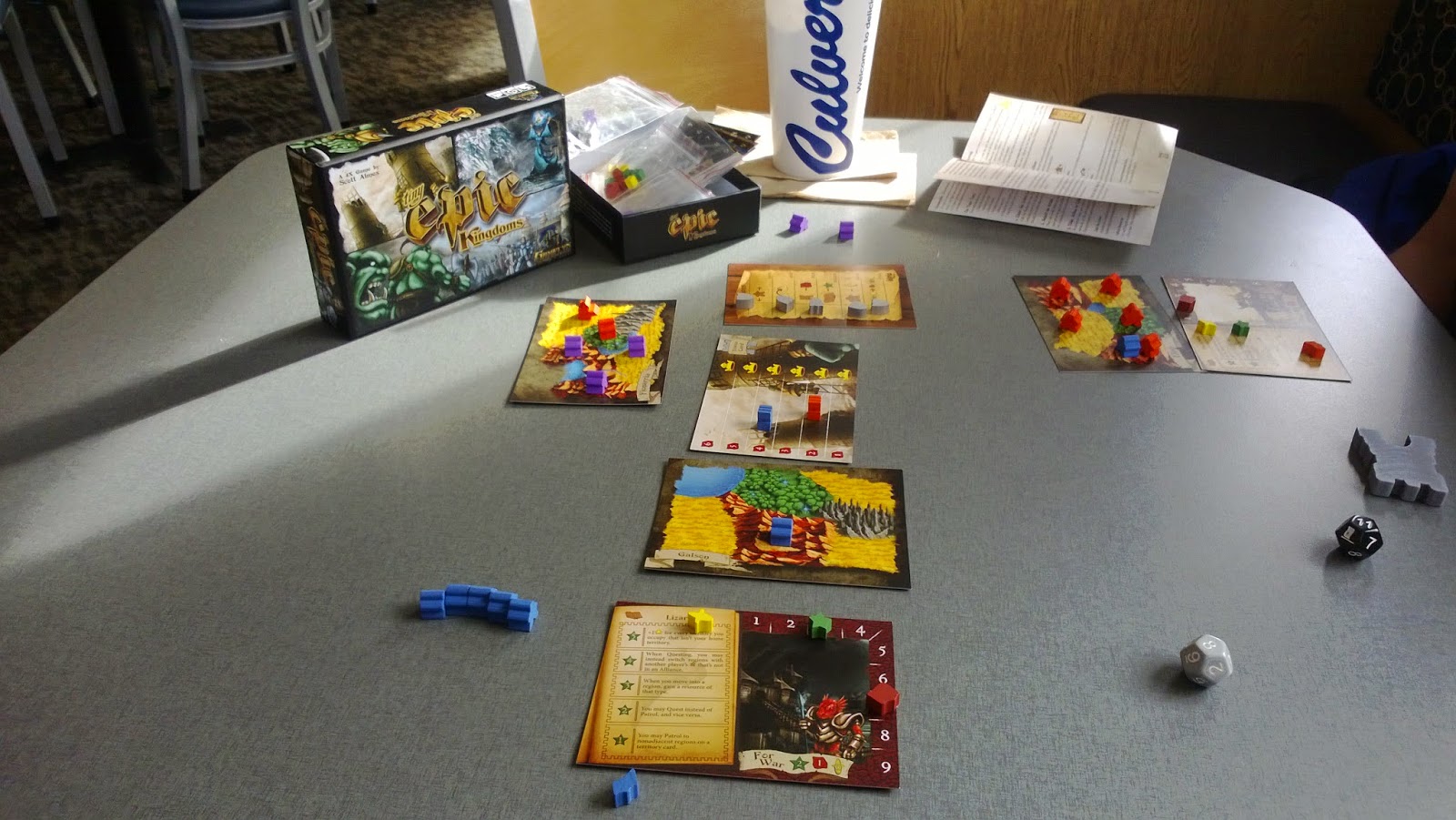 
You are a tiny kingdom with big ambition. You want to expand your population throughout the realms, learn powerful magic, build grand towers, and have your neighbors quiver at the mention of your name. The conflict? All of the other kingdoms want the same thing and there's not enough room for everyone to succeed...

In Tiny Epic Kingdoms, a 4x fantasy game in a pocket-size package, each player starts with a unique faction (which has a unique technology tree) and a small territory. Throughout the game, players collect resources, explore other territories, battle each other, research magic, and work to build a great tower to protect their realm. 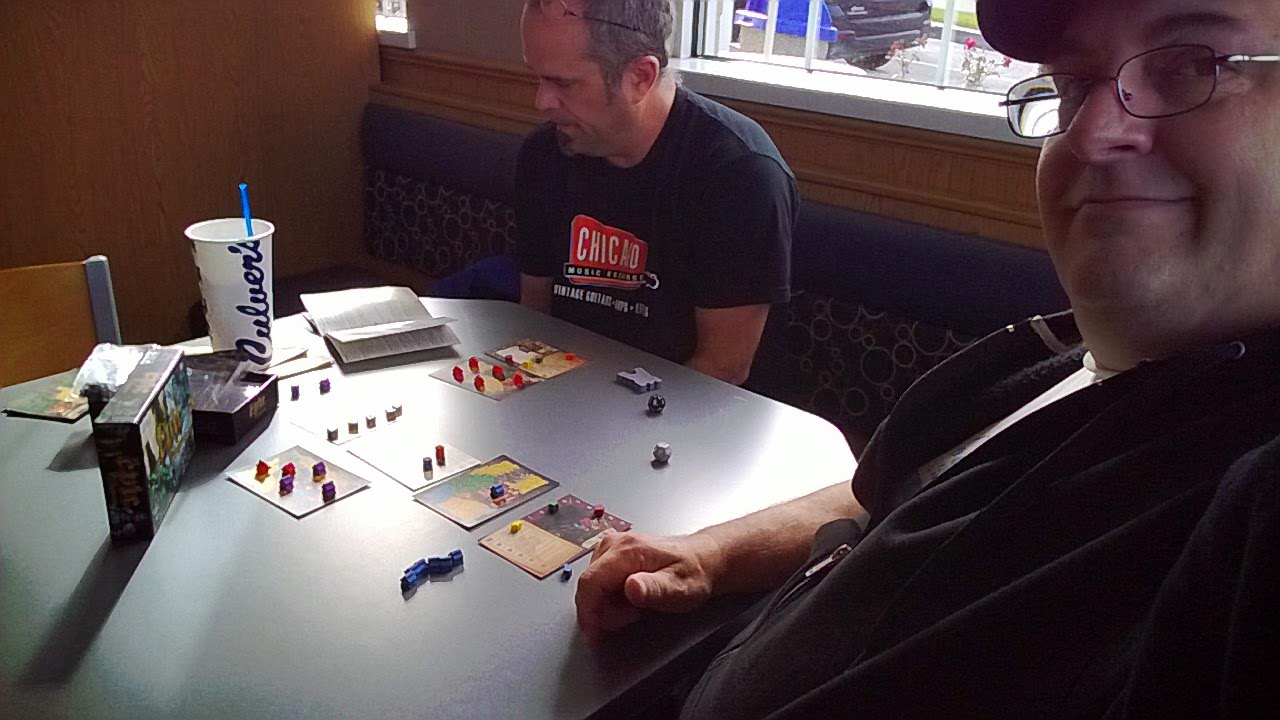 There is plenty going on in this little game and seemingly many paths to victory.  I'll need a handful of tries at this before I am sure if it had true longevity or just takes a few shots to crack the code but it's looking good so far.