Shipwrights of the North Sea (2014) is a building game that utilizes card drafting and hand management as well as some (forced) trading.  It's a well-crafted game with fine components.  The artwork is playful and consistently good which helps offset the fact that this game requires players to regularly mess with their opponents plans and setups.  My friend Wendy picked this up and we played a game of it in anticipation of Game Like a Viking Day! 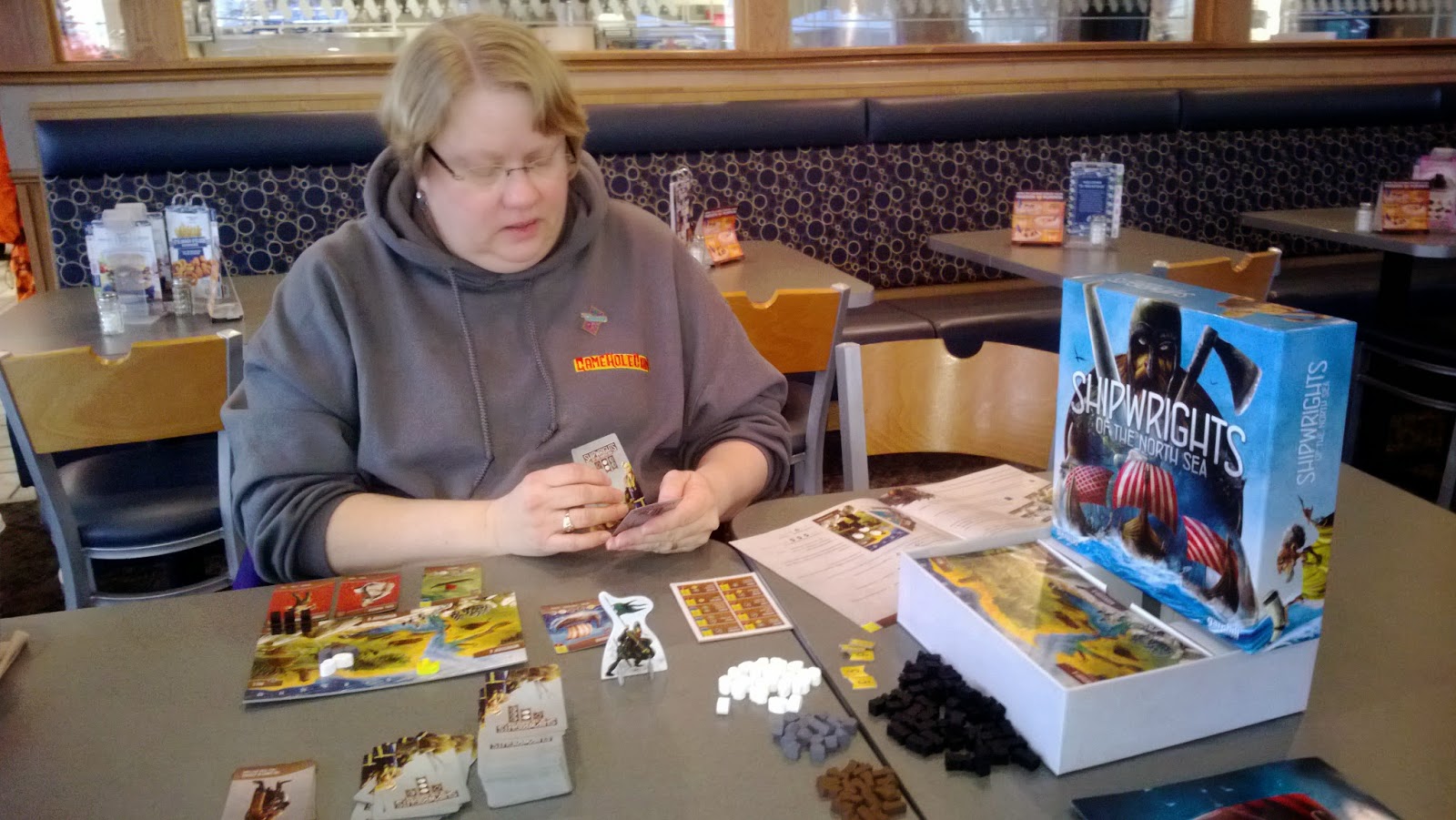 The descriptions from Board Game Geek:


Shipwrights of the North Sea is set in the early years of the Viking Age, circa 900 AD. As Viking shipwrights, players compete to build the greatest fleet on the North Sea. Players must collect oak, wool and iron, as well as getting other craftsmen on board to help. Gold is a precious commodity, and must be spent wisely. As you would expect, the township is filled with an array of characters, bad and worse. Better hope they're on your side!

Aim of the Game

The aim of Shipwrights of the North Sea is to be the player with the most Victory Points at the game’s end. Points are gained by constructing various Ships and Buildings. The game ends after the round where 1 or more players constructs their 4th ship.

The game is played over a series of days (rounds). Each day follows the same pattern: 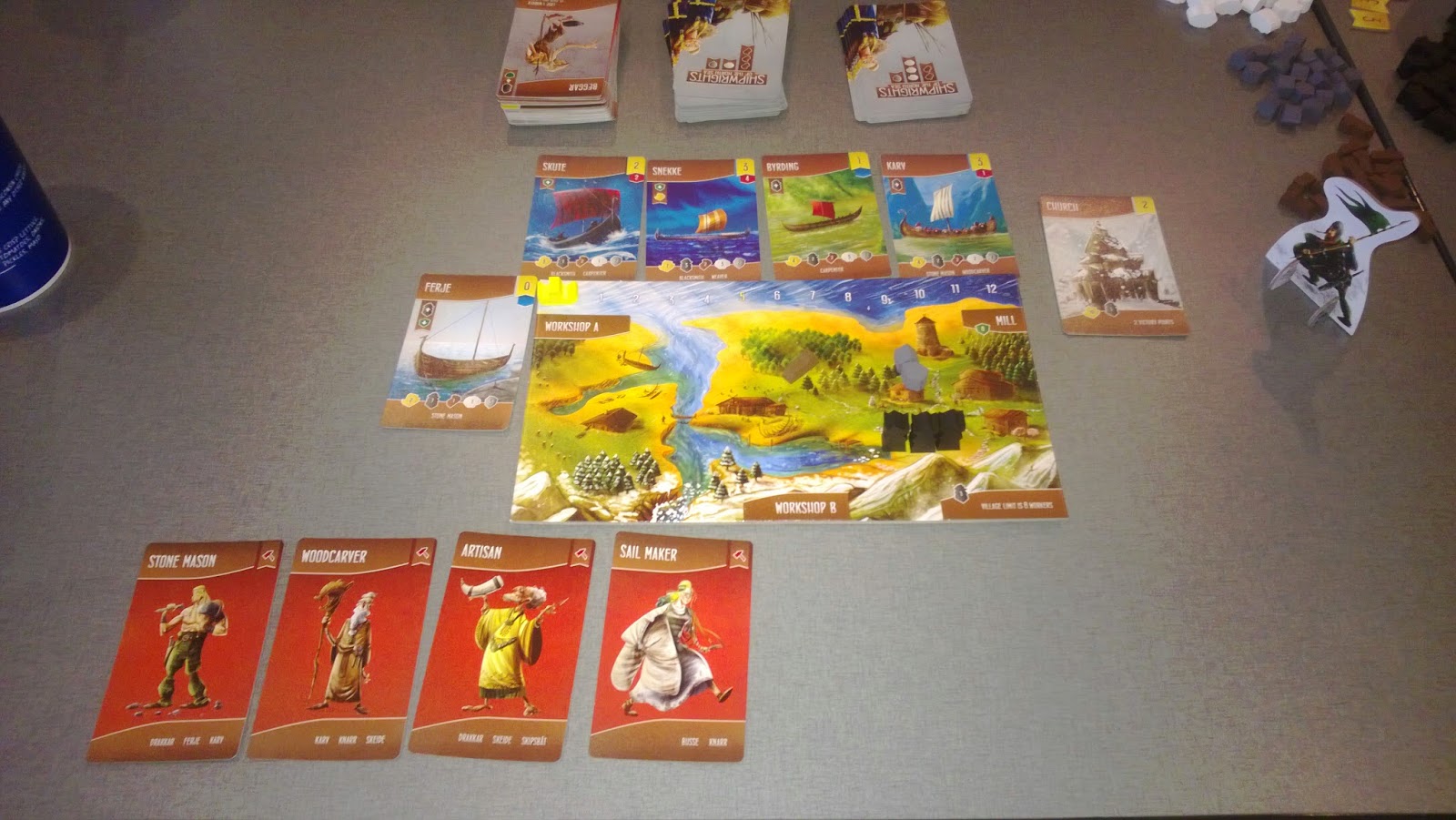 We had a very good time playing this new game for the first go around and played it again at our next local gameday, having fun yet again.  The more players involved, I should warn, the more frustrating it can be to reach for the win but I find that to be a good part of the game.  Those who do not like games where others are constantly and actively working against you might be less thrilled but can take solace in doing the same to their own opponents. 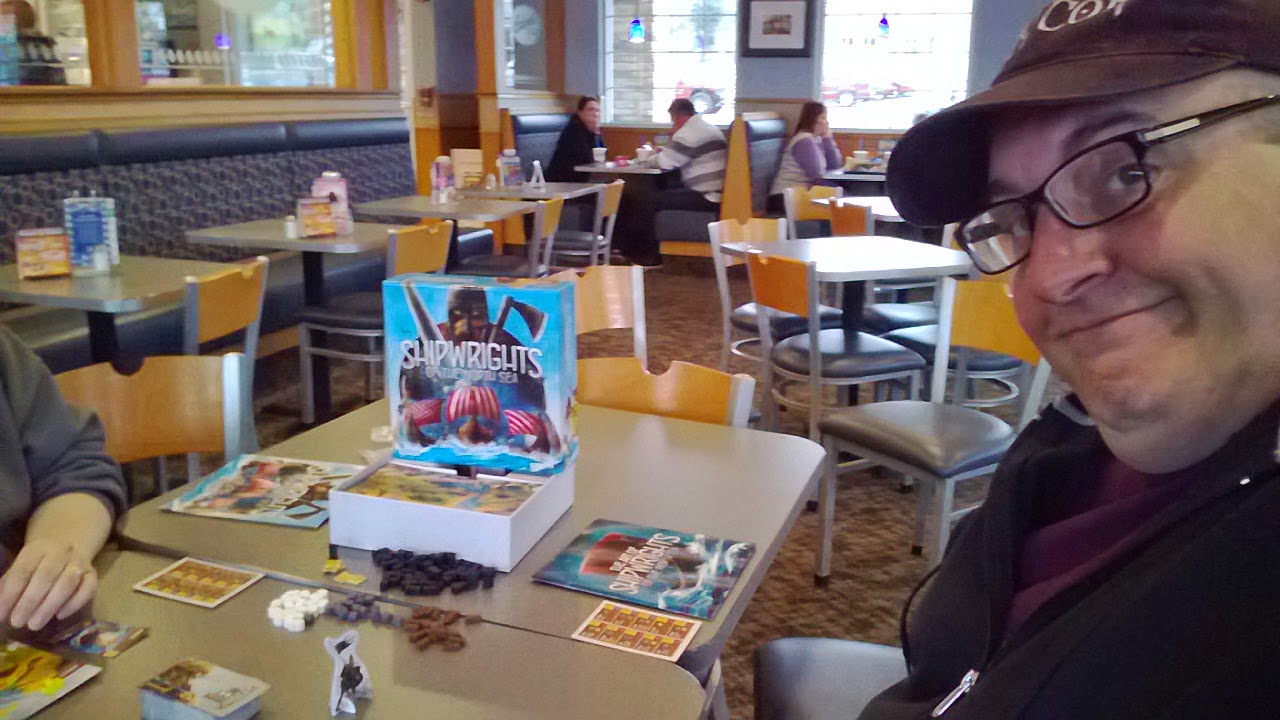