Just last weekend, I finally got a chance to play Sid Meier's Civilization: The Boardgame (2002).  As a fan of the mother of all Civilization (1980) wargames, I was glad to finally get the chance to play it.  While there is definitely more combat complexity to the Sid Meier game (and that doesn't mean there is a lot at all), I was struck by how the balance of the game could be quickly upset by a few combats and quick acquisition of the technologies cards. 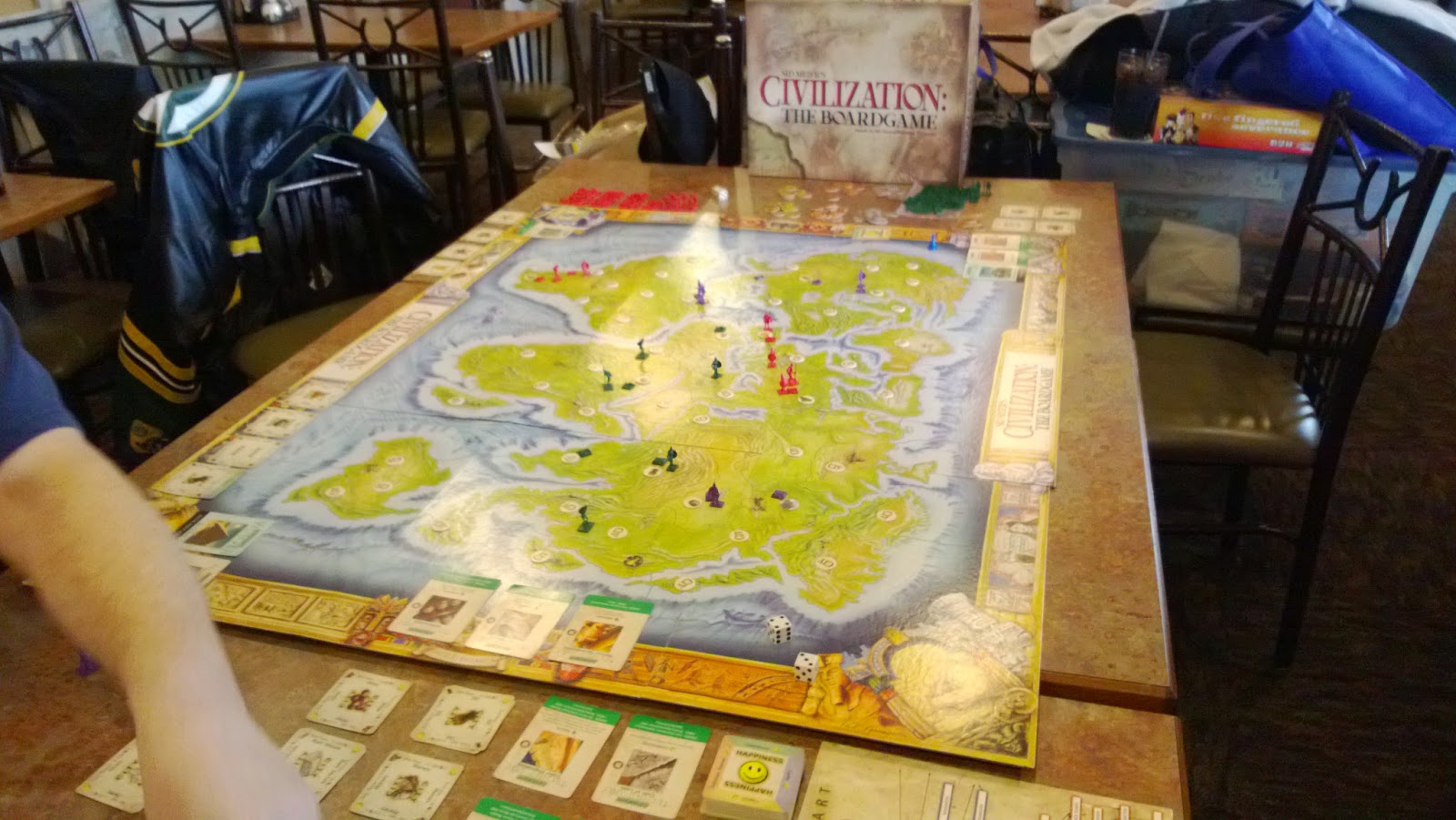 The description of the game from Board Game Geek:

Finally, a boardgame version of this award-winning PC strategy game. Create a civilization to stand the test of time! The game begins in 4000 BC where the players found a pair of villages of a fledgling people.

Each player’s civilization :- Explores the world around them, discovering resources and the native people that defend them.- Expands by sending settlers out to create new cities.- Researches new technologies to gain advantages over the other players.- Builds unique “Wonders of the World”.- Increases the size of their cities (4 sizes from village to metropolis) to increase production.- Builds military units to defend what’s theirs, and to conquer what’s not.

It's a good looking game and maybe it just requires a larger number of players than the three we had to make sure everyone is kept in check.  I'd give it another try at some future gameday or convention.