There are tons of new reworked games being heralded in the wake of the Essen Game Faire and one of them is Port Royal (2014).  I am particularly intrigued by this one because of the mechanic of using the same deck for two mechanics, one side of each card have a portion of the game on it while the other all have a single coin image, the latter being used for currency in the game.  I've seen this elsewhere, as in the game Oddville (2012), and find it pretty neat.  The game is currently getting good momentum with German and Japanese language versions and English coming out as we speak.  Below, I am including both the Board Games Geek demo video from Essen as well as a German language video from Pegasus Spiele themselves. 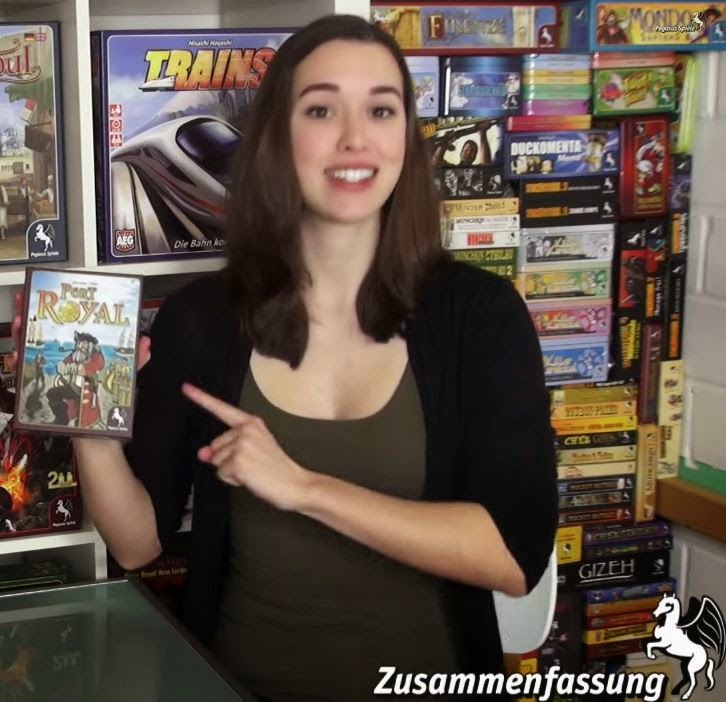 Here is the game description from Board Game Geek:


The merchant players in Port Royal, which won the Austrian Game Designers Competition under the title Händler der Karibik, are trying to earn as much as they can out of the Caribbean Sea, but if they set their goals too high, they might take home nothing for the day.

The 120-card deck depicts a coin on the back of each card — with players earning and paying coins throughout the game — and different items on the card fronts. On a turn, a player can first draw as many cards as he likes, one at a time from the deck, placing them in the harbor (an area near the deck). Each card shows one of the following:

If the player draws a ship with the same name as a ship already in the harbor, he's spent too much time dilly-dallying and his turn ends (after using the ship to attack, if possible), with all the cards in the harbor being discarded. Otherwise, the player can stop whenever he likes, then use/acquire one card if three or fewer ships are in the harbor, two cards if four ships are present, and three cards if five ships are present. Players rob ships, collecting the number of coins shown on them, then discarding the card, while they hire people, paying the number of coins depicted. After the active player takes his 1-3 cards, each other player may pay the active player one coin in order to take one card in the same way.

When one player has at least twelve influence points — which are on both people and expedition cards — and has fulfilled at least one expedition, the game is played to the end of the round, giving everyone the same number of turns, then the player with the most influence points and at least one Expedition wins. Alternatively, a player can win without fulfilling an expedition, but he needs to have more points in order to do so.

• Port Royal differs from Händler der Karibik in that it includes ten more cards to allow for play with up to five players and players can win without fulfilling an expedition. 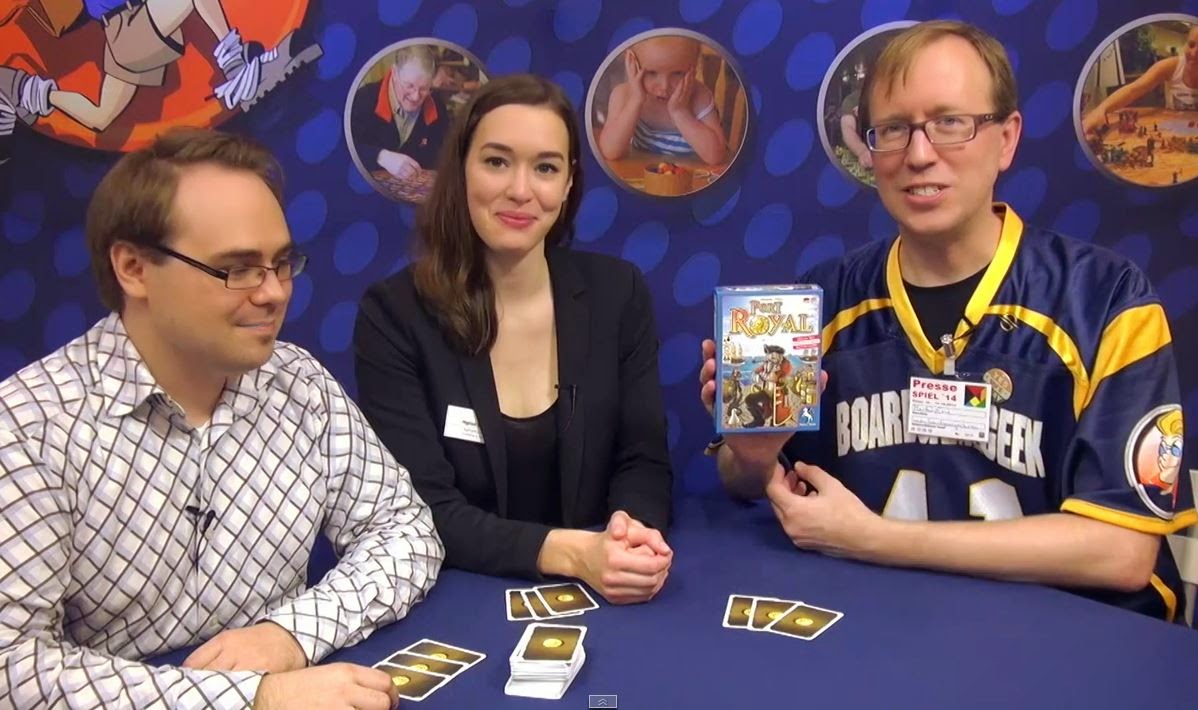