Tabletopper Friday - Asgard (2012) for Game Like a Viking Day!

For Game Like a Viking Day! yesterday, we opted to play Asgard (2012).  It's a delightfully complex game with some clever mechanics that presents options while requiring flexible tactics in the face of other players secret machinations. 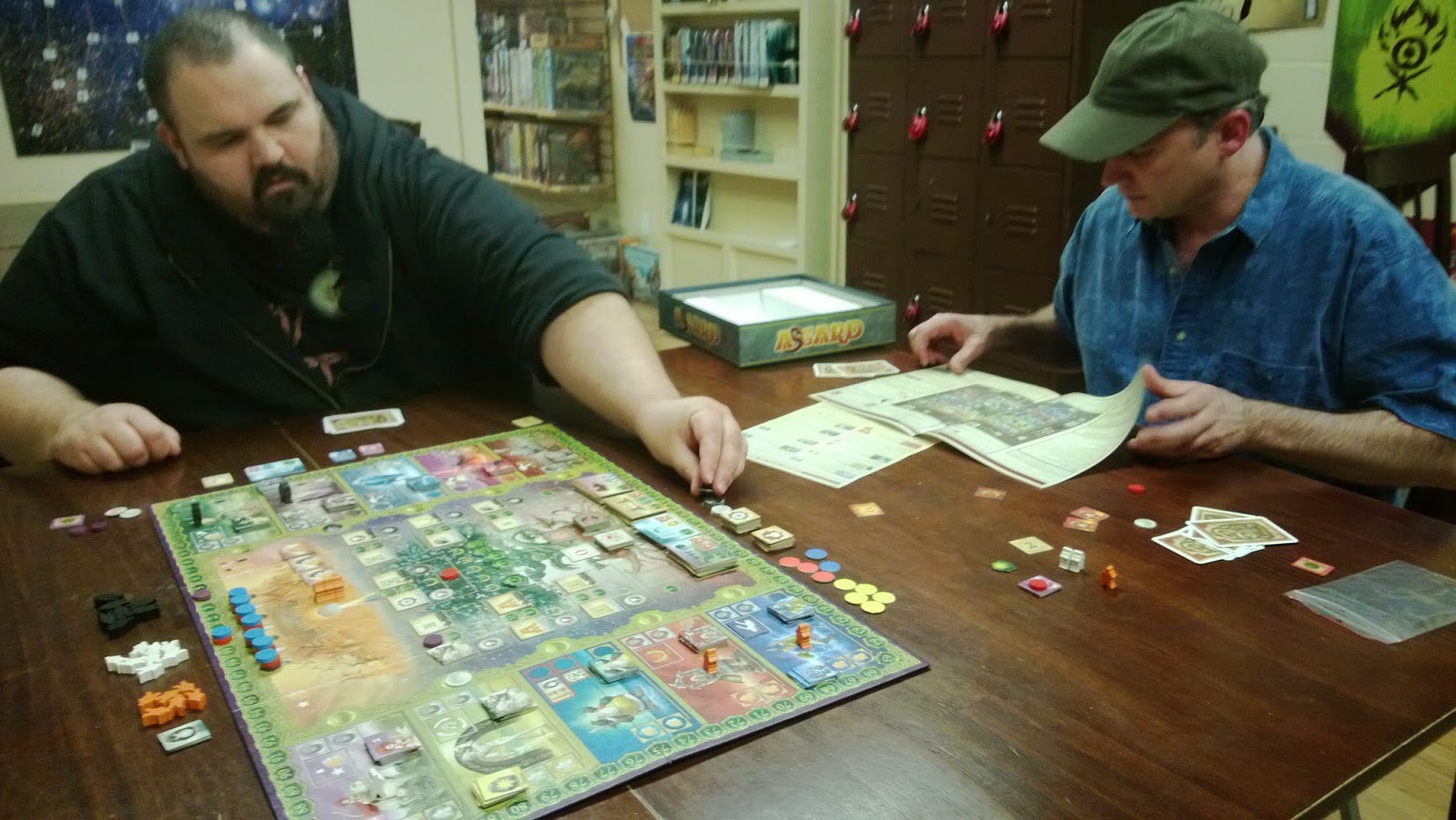 Having watched some videos (linked below) on how to play the game, I found myself coming up with a few ideas about the best way to approach gameplay.  It seemed likely that ignoring the temple-building would leave someone in the dust and playing catch up in the latter stages.  After five turns of regular gameplay, there is also a final Ragnarok phase that requires some preparation to take full advantage of it. 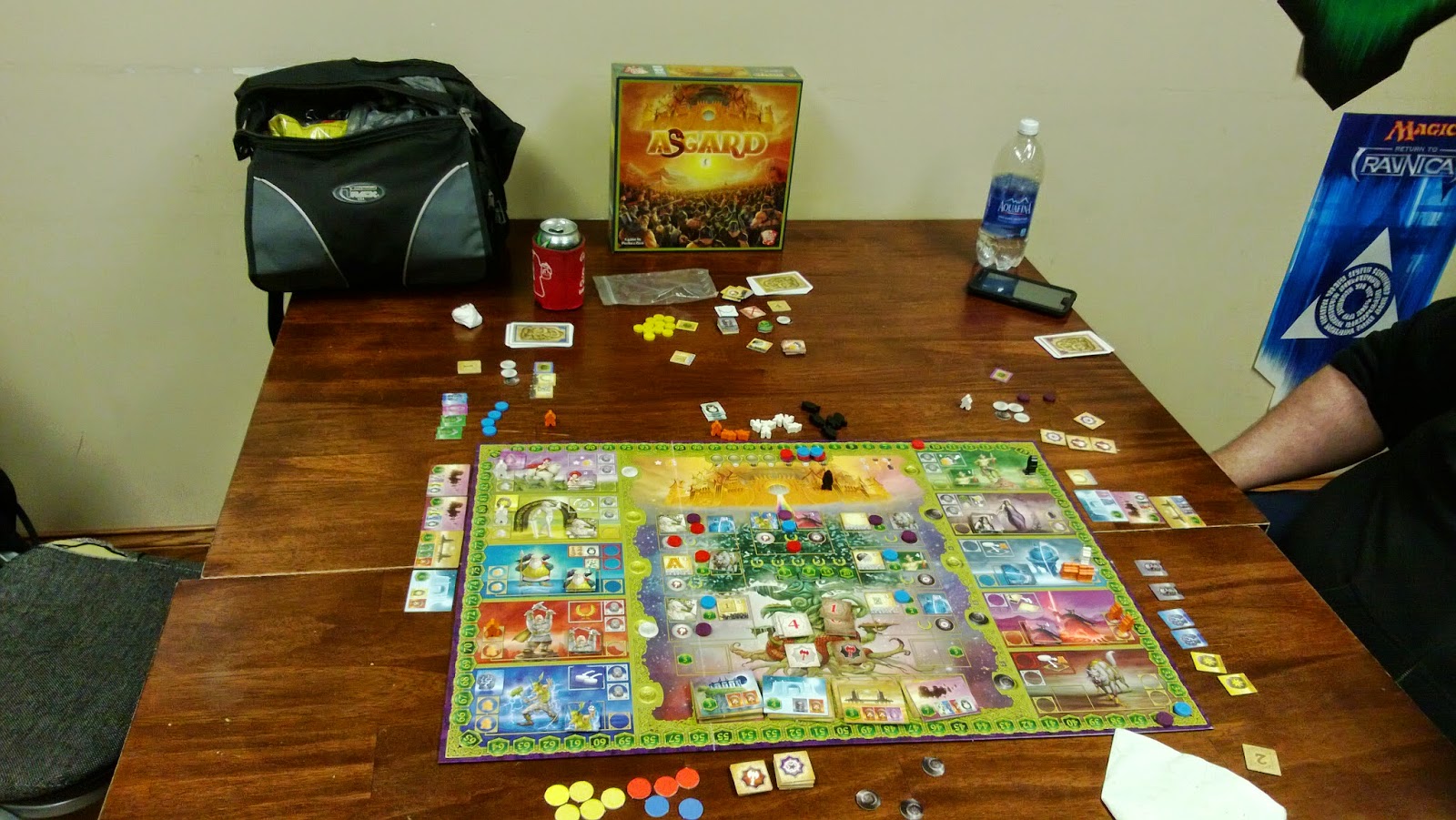 
The end of days is close. Darkness and light will clash.

All Gods know what this means for them. Blood ties will no longer be respected, brother will fight against brother, and no man will spare another. Odin, Freyja, Týr, Loki, Hel, Thor, and Baldr forge their plans and promise great rewards to the ones who will help them prevail. Eventually Fenrir, Mímir, and Surtr will join the battle.

Ask for help at the right time, and the gods will grant you their powers. Will you ask Freyja to recruit the fallen warriors of Valhalla, or will you use the cunning of Loki and Hel to make an opponent's armies die or switch sides at a critical moment? Will you ask Týr to help win a decisive battle, or will you consult Mímir's wisdom in order to gain a tactical advantage?

In Asgard, you want to support the gods by erecting temples and by convincing brave warriors and mighty giants to side with them. You can influence which god will fight which during the final battle — Ragnarök — the outcome of which will depend on how well you strengthened their armies.

Beware, only a few of them will come out victorious. Will you side with the right ones? As a mortal, your place in the new world depends on it.

Our own game proved to me that not also spending some resources toward battles along the way cannot make up for simply dominating temple-building.  John, who best exploited ongoing battle was able to also dominate the Ragnarok phase and thus reap the lion's share of victory points and win the day.  We'll play this one again, hopefully on the next Game Like a Viking Day! 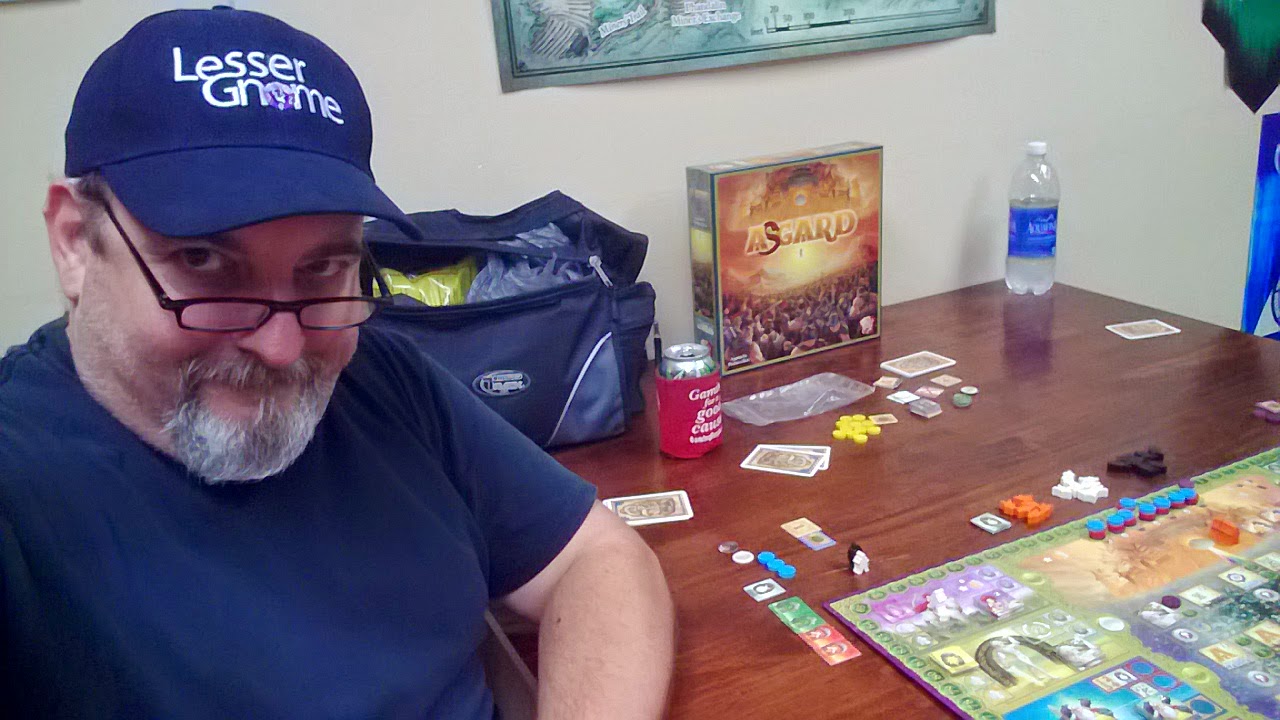 On Wednesday, I linked to the first video on the the Rahdo (Plays Through) YouTube channel but here is that video again, along with an extended play video from the same channel and a "Final Thoughts" video, the third in his series on Asgard.