Ernie and Tom and Gaming

Some of the great fun I have been having in the last year can largely be attributed to the gaming I have been able to get in with Ernie Gygax and Tom Wham.  Sometimes we even get to play all together.  This last Friday, as a run up to Gary Con VI, we enjoyed an afternoon of boardgaming, this time with a Tom Wham original, Aliens Are Arriving, as well as a game of Stone Age.  Such a good time.  I feel very lucky to be alive and gaming with these friends.  Huzzah! 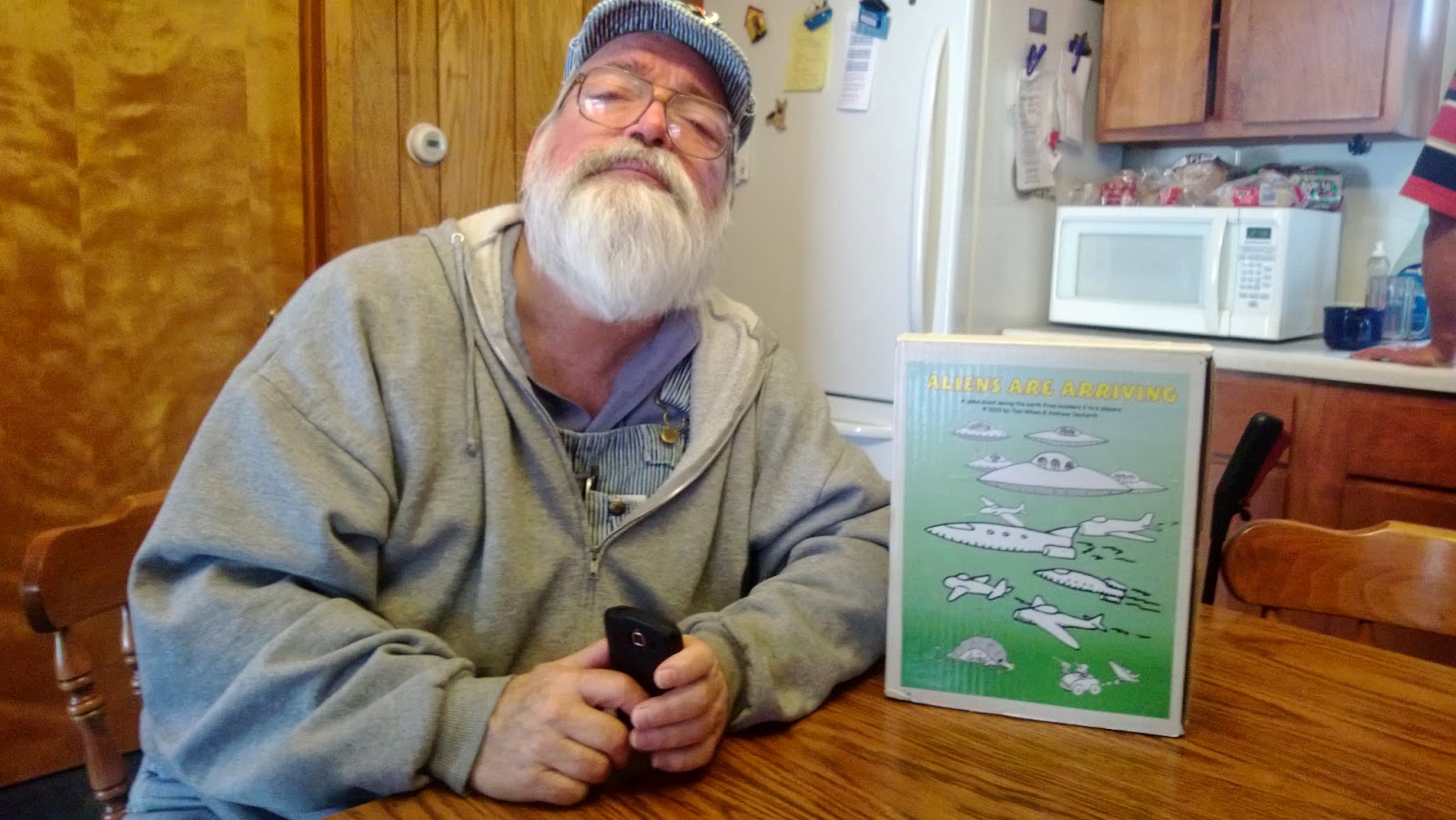 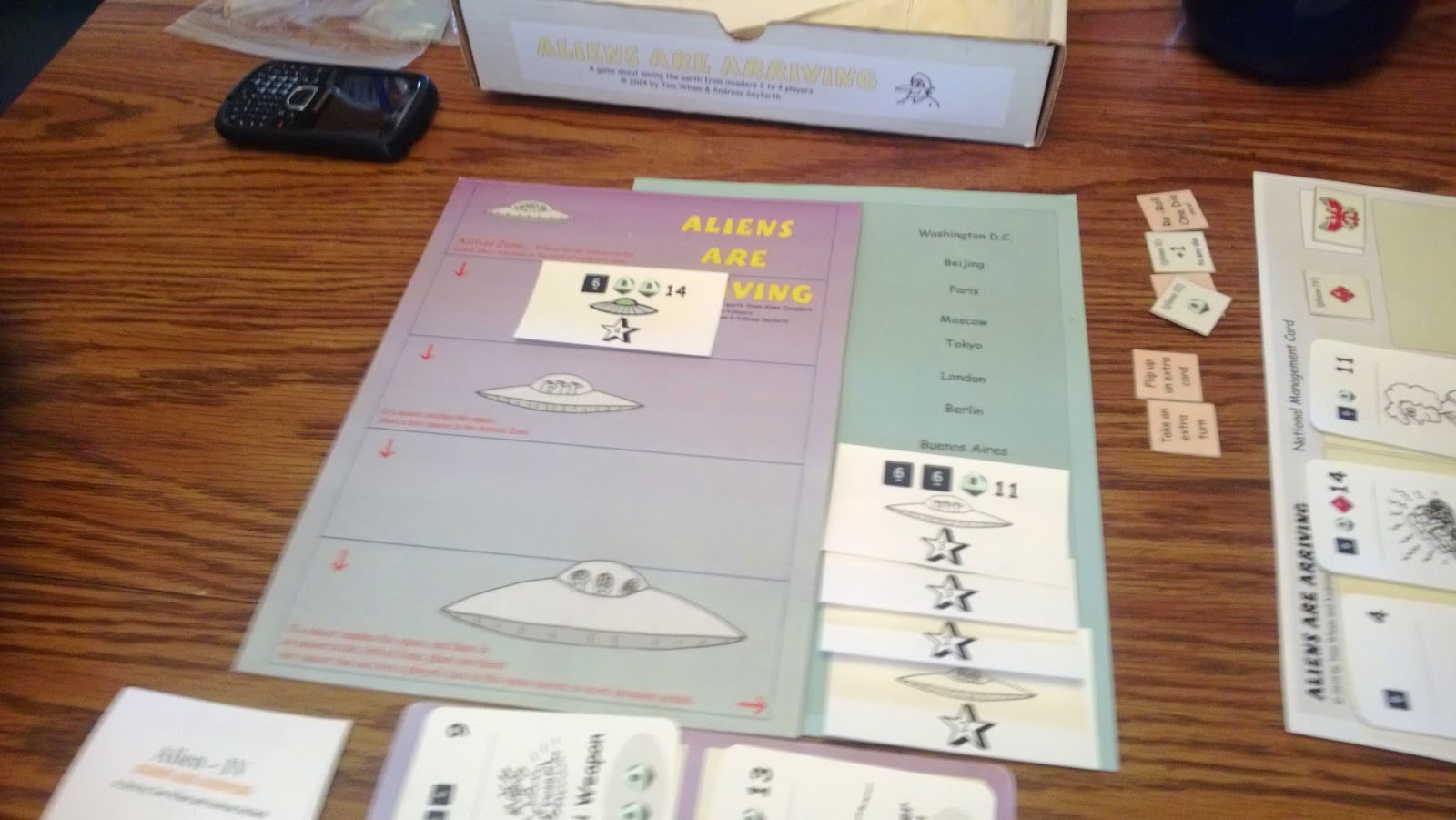 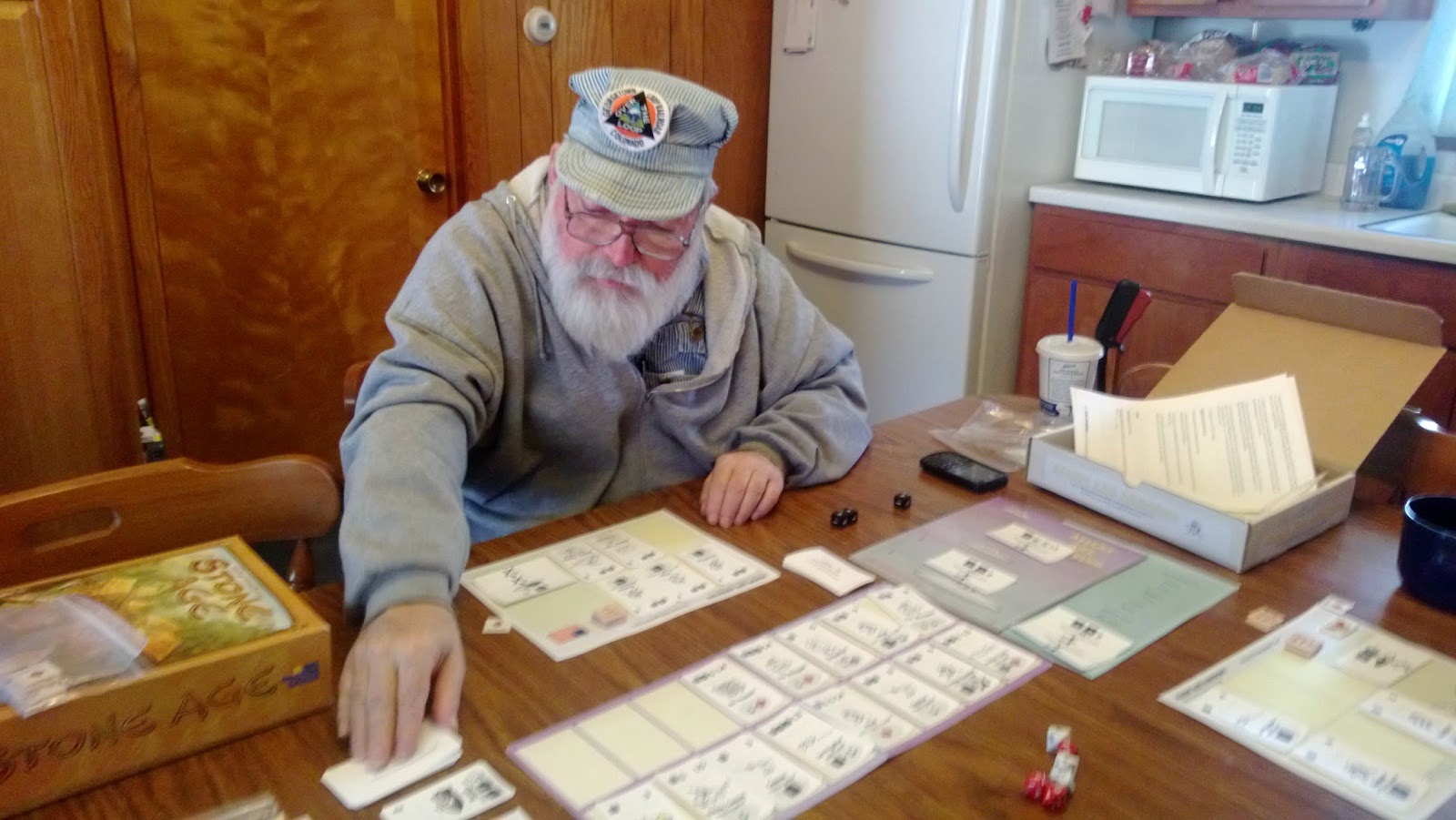 There are Pilots with jets and rockets, gunners with artillery, scientists and any number of unique weapons to thwart the aliens 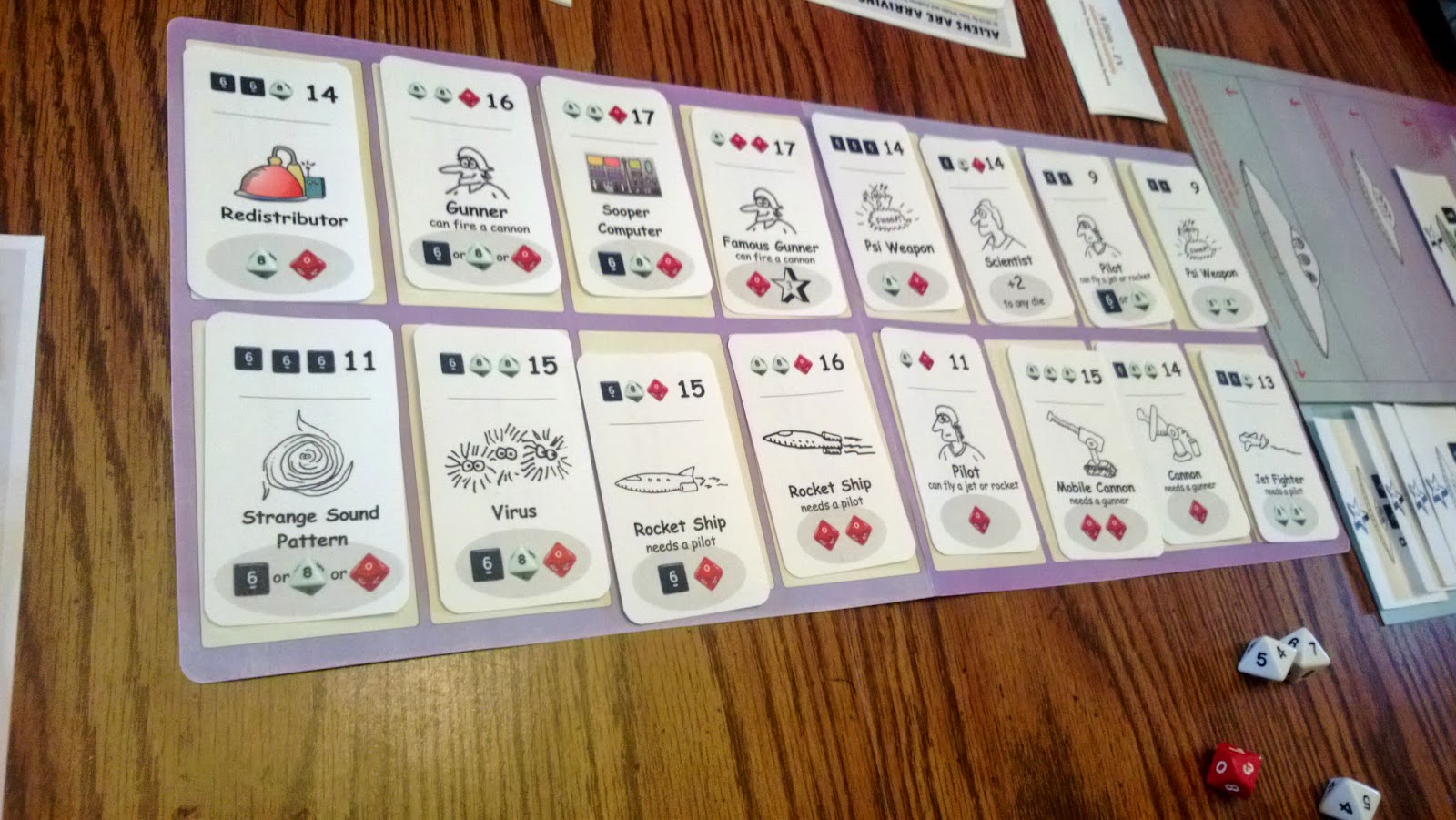 There is a good bit of stretegery involved, as Ernest recalled from previous games 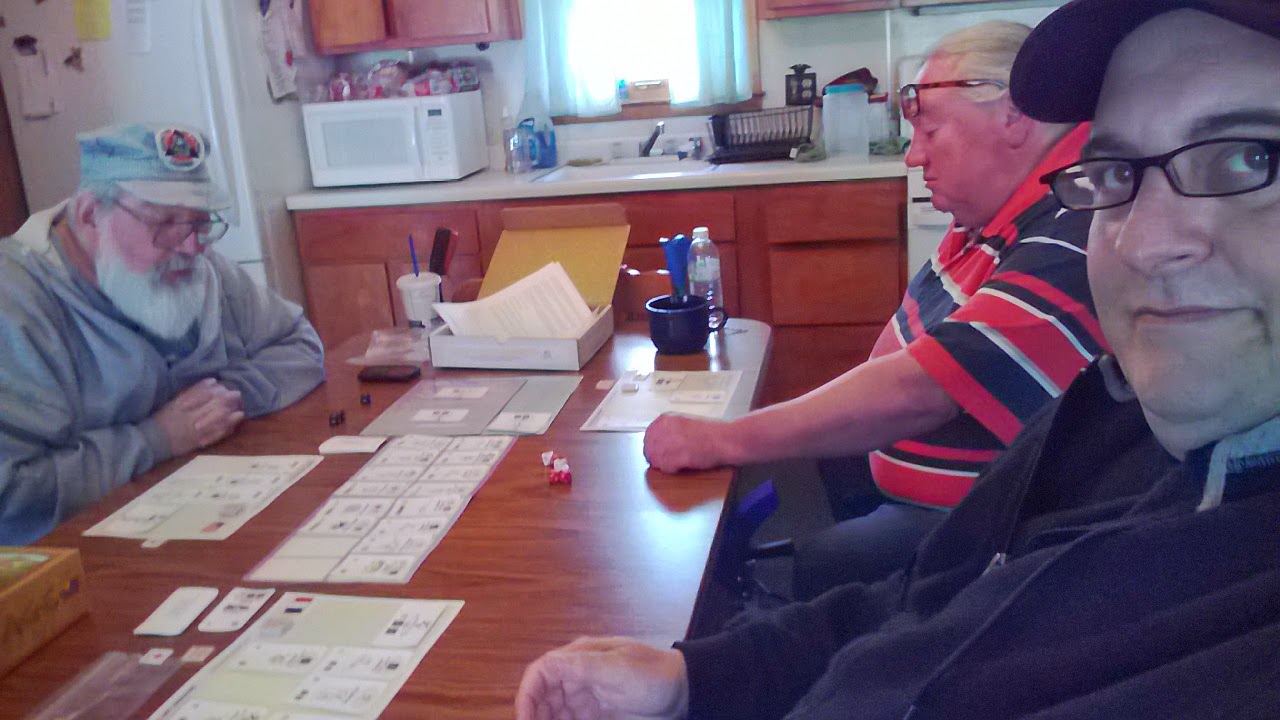 You only have six slots to fill but can replace lesser slots as the aliens become more difficult, and you keep track of your own kills 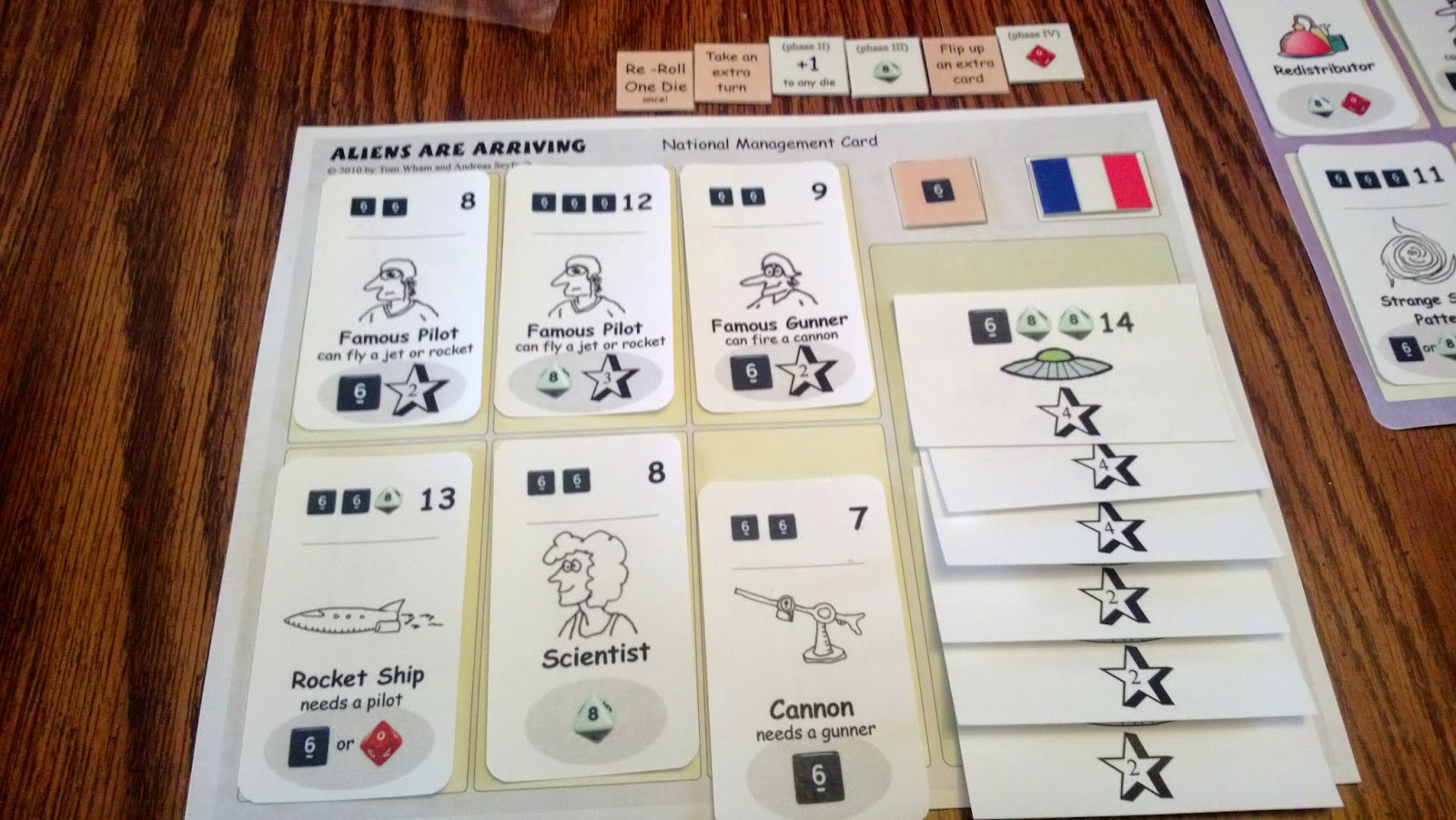 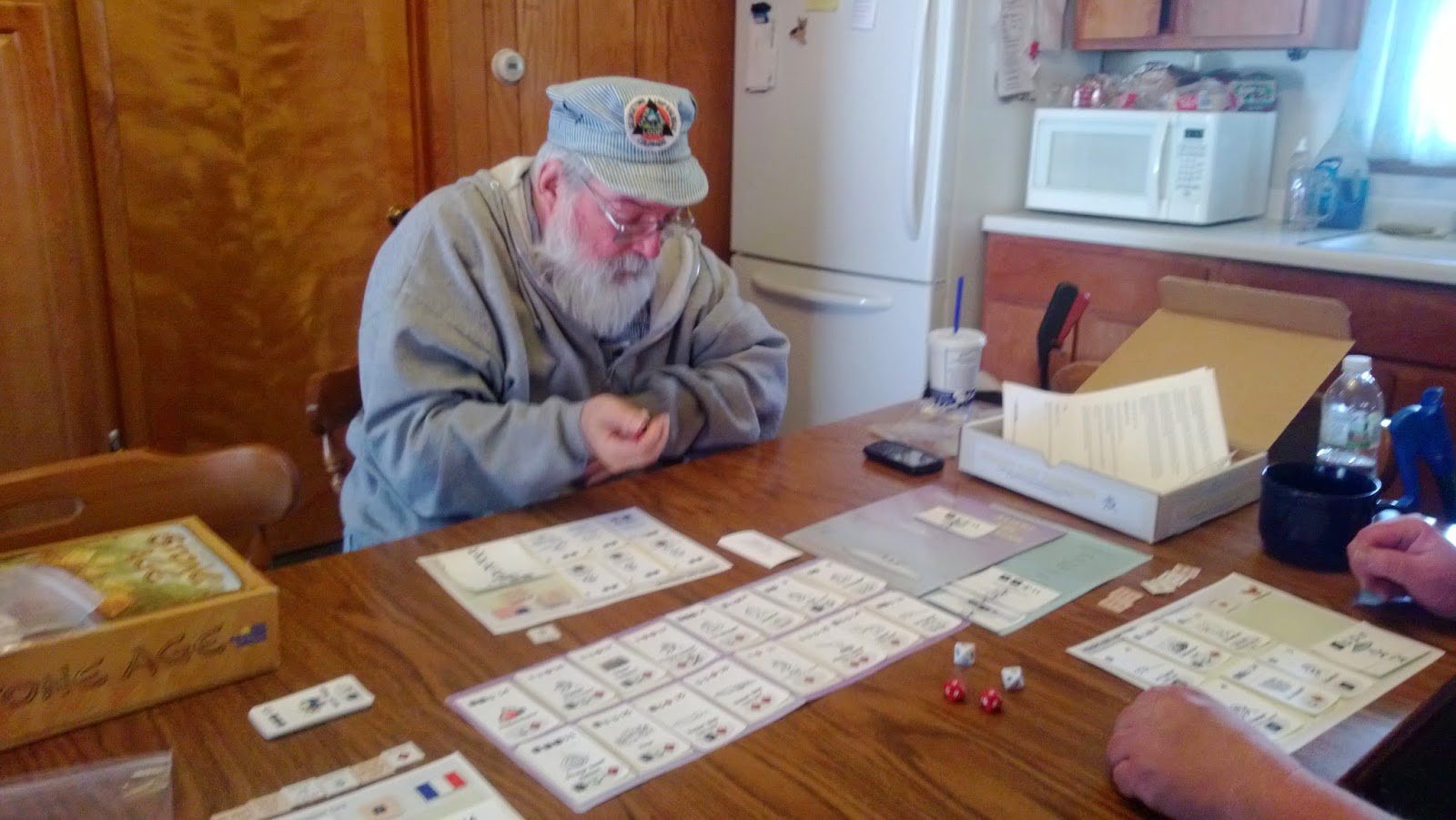 We also slipped in a game of Stone Age 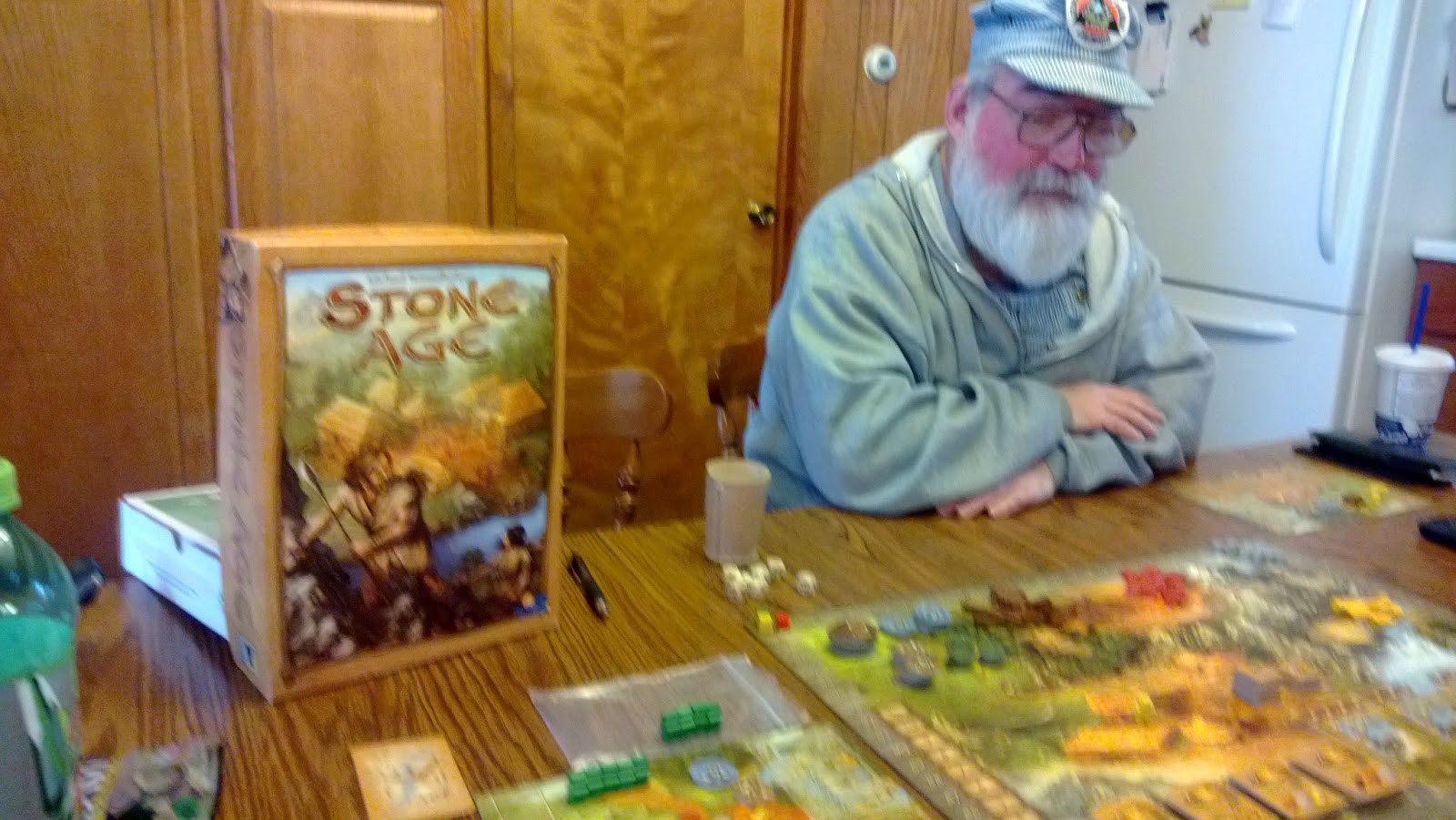 It's an old favorite and we had a lot of fun 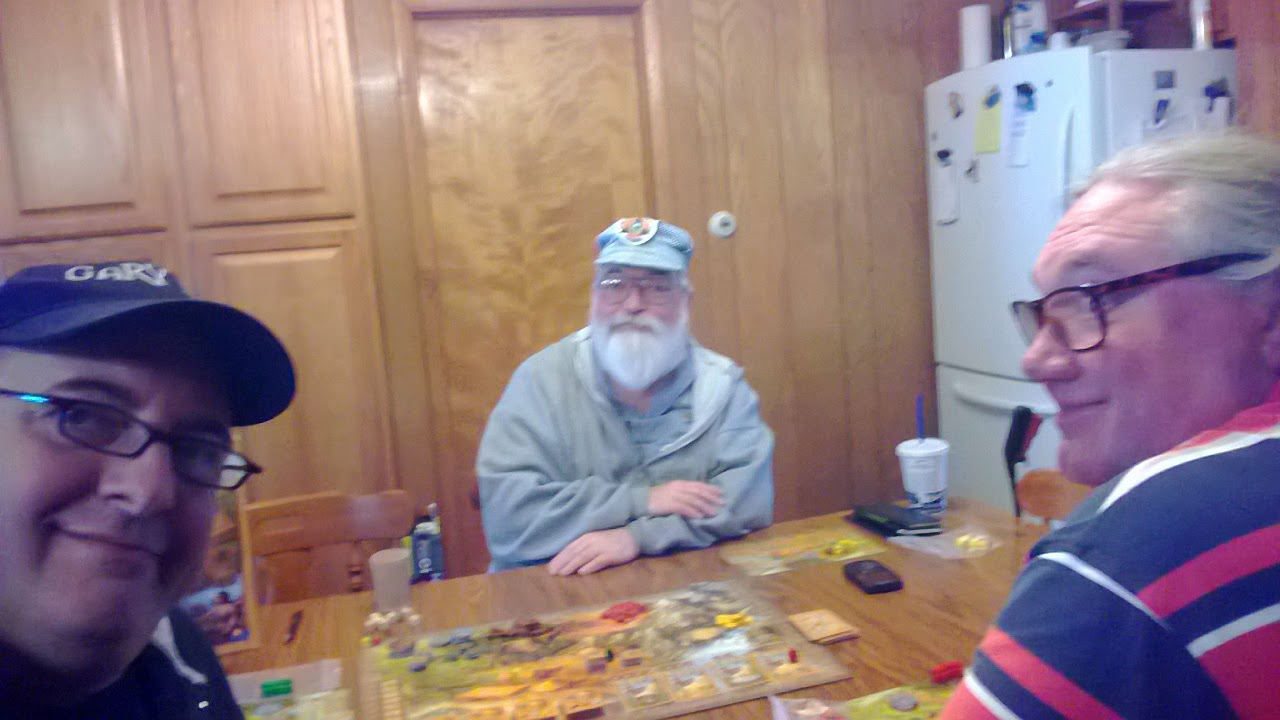 Don't forget to pick up your copy of the Fighting Fire - Ernie Gygax Benefit Adventure to help our friend in his time of need.
Posted by Mark CMG Clover at 7:00 AM