A bit of Friday gaming at Culver's with the locals and there seems to be a bit of peeking going on here as Love Letter is played (with Tom Wham, Brad Champeny and Mark Meier in Lake Geneva, WI.) 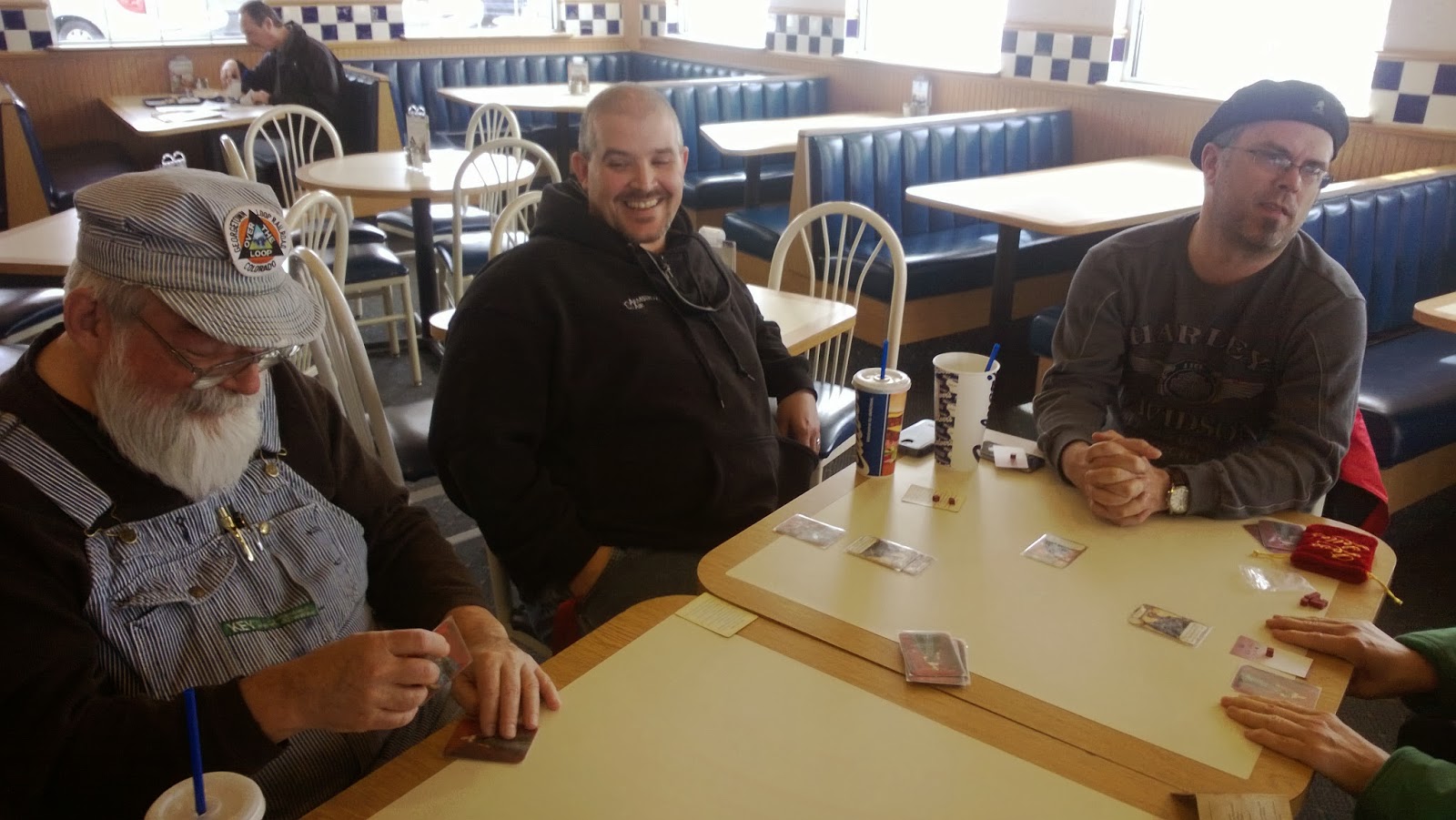 Love Letter is a tricky game made more so with the expansion concocted by evil Genius Brian Blume (with Brian Blume, Kurt Lenss, and James M. Ward) 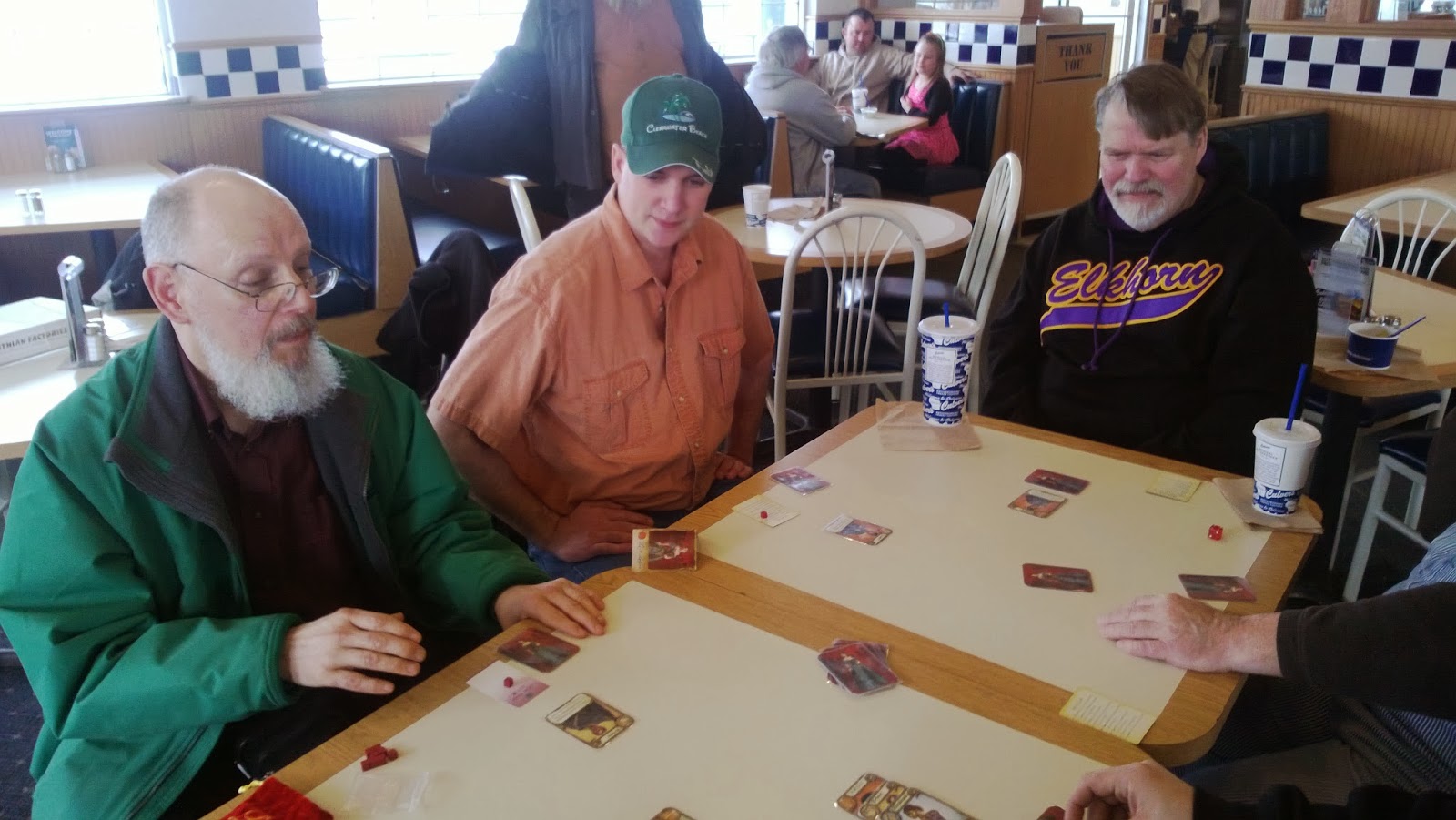 I appear flummoxed but I am not (with James M. Ward, and Tom Wham) 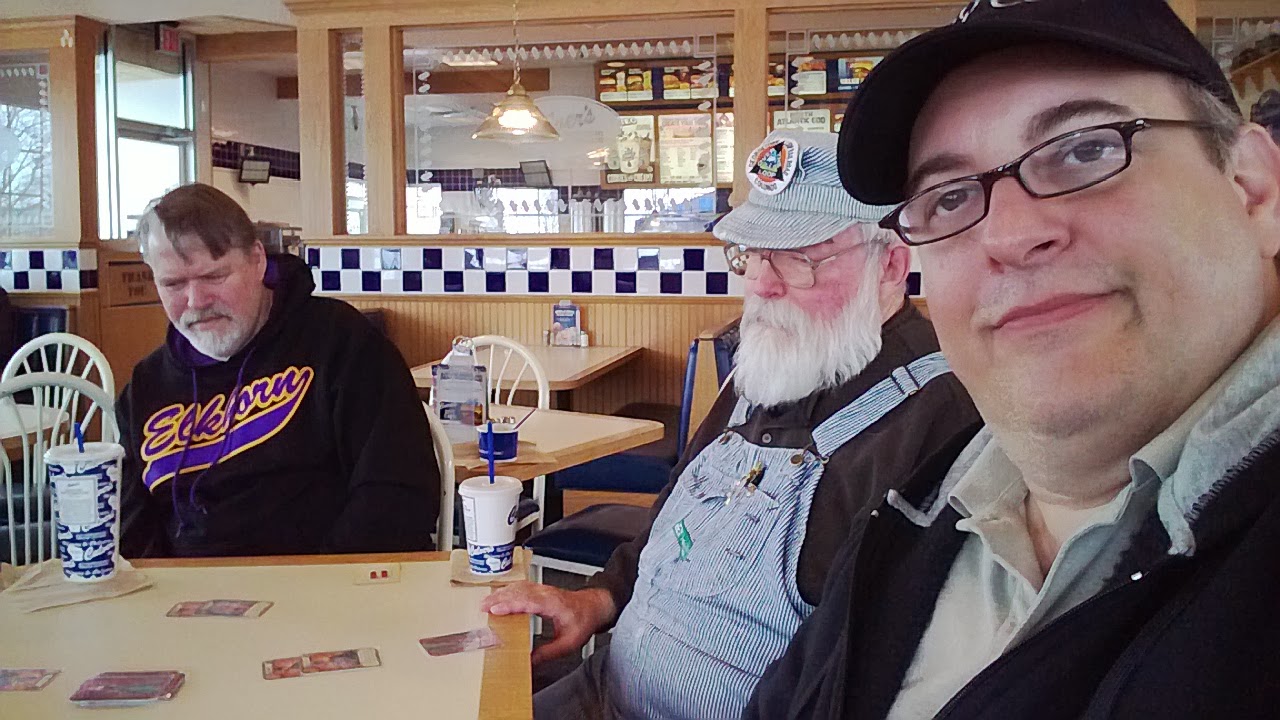 Jim sits in the cat bird seat often enough when we play but Tom was the victor today (with Kurt Lenss and James M. Ward) 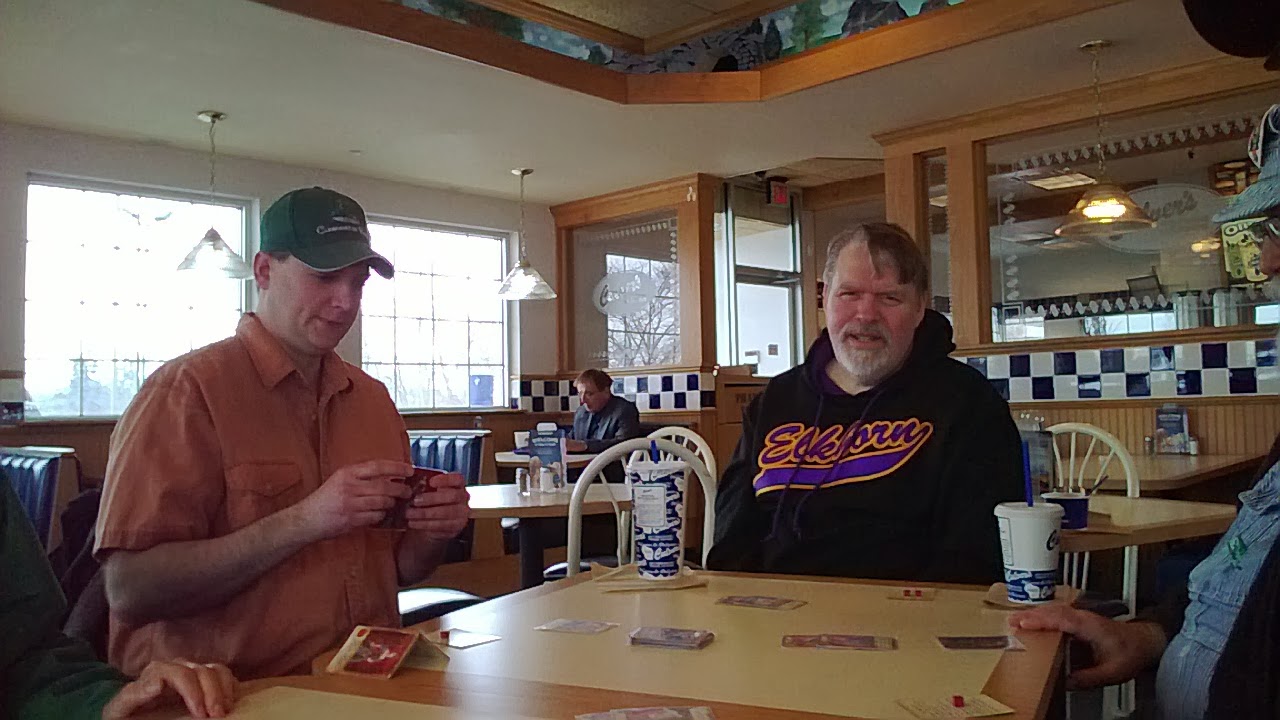 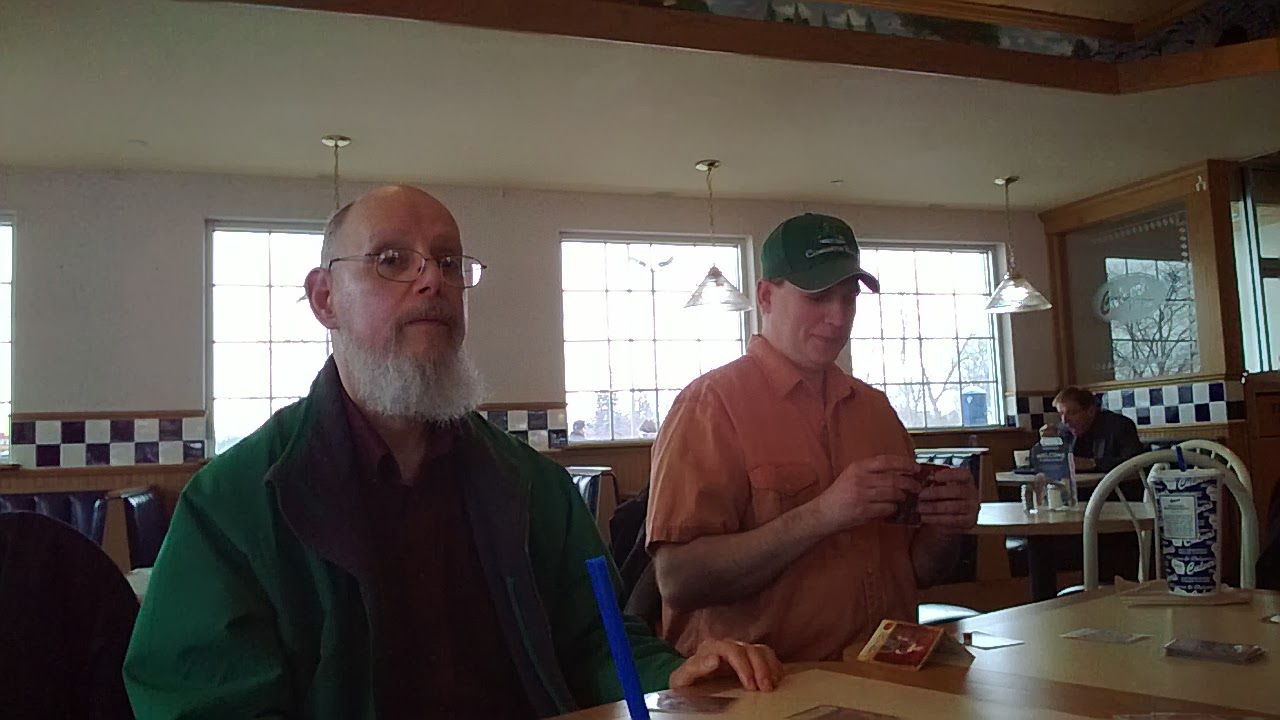 Our second game was a four-person economic struggle dreamt up by Tom Wham (with James M. Ward and Kurt Lenss) 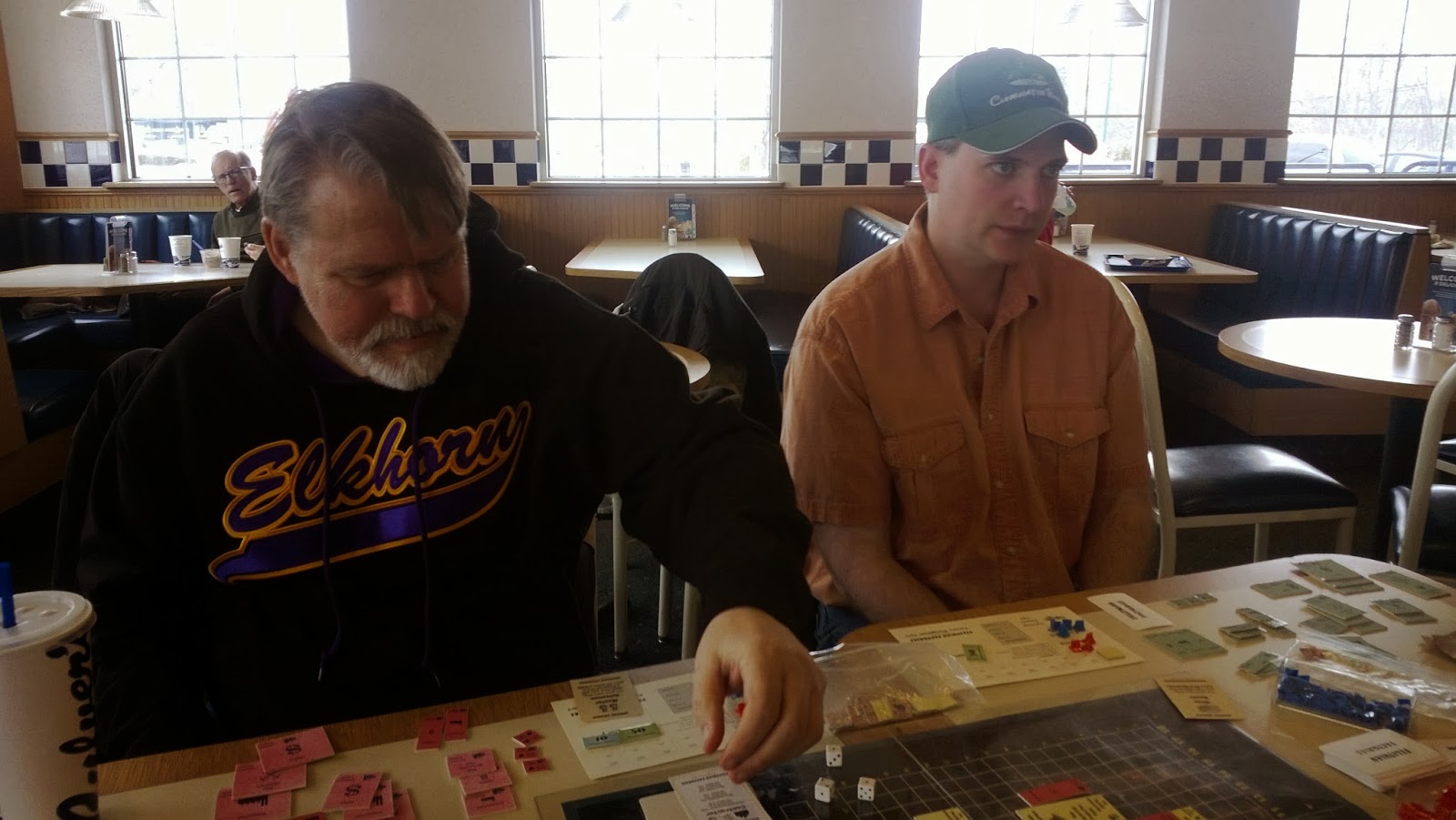 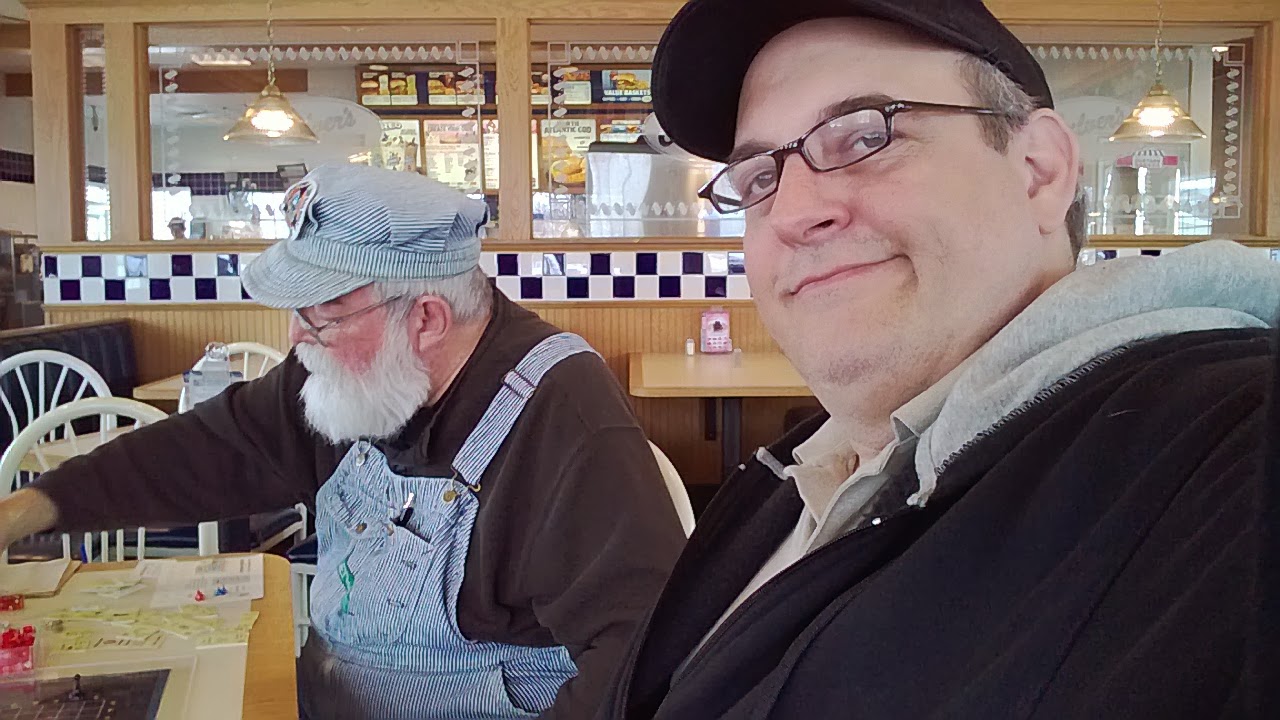 It has a lot going on and a cool game board setup by friend Dave Conant (with James M. Ward and Kurt Lenss) 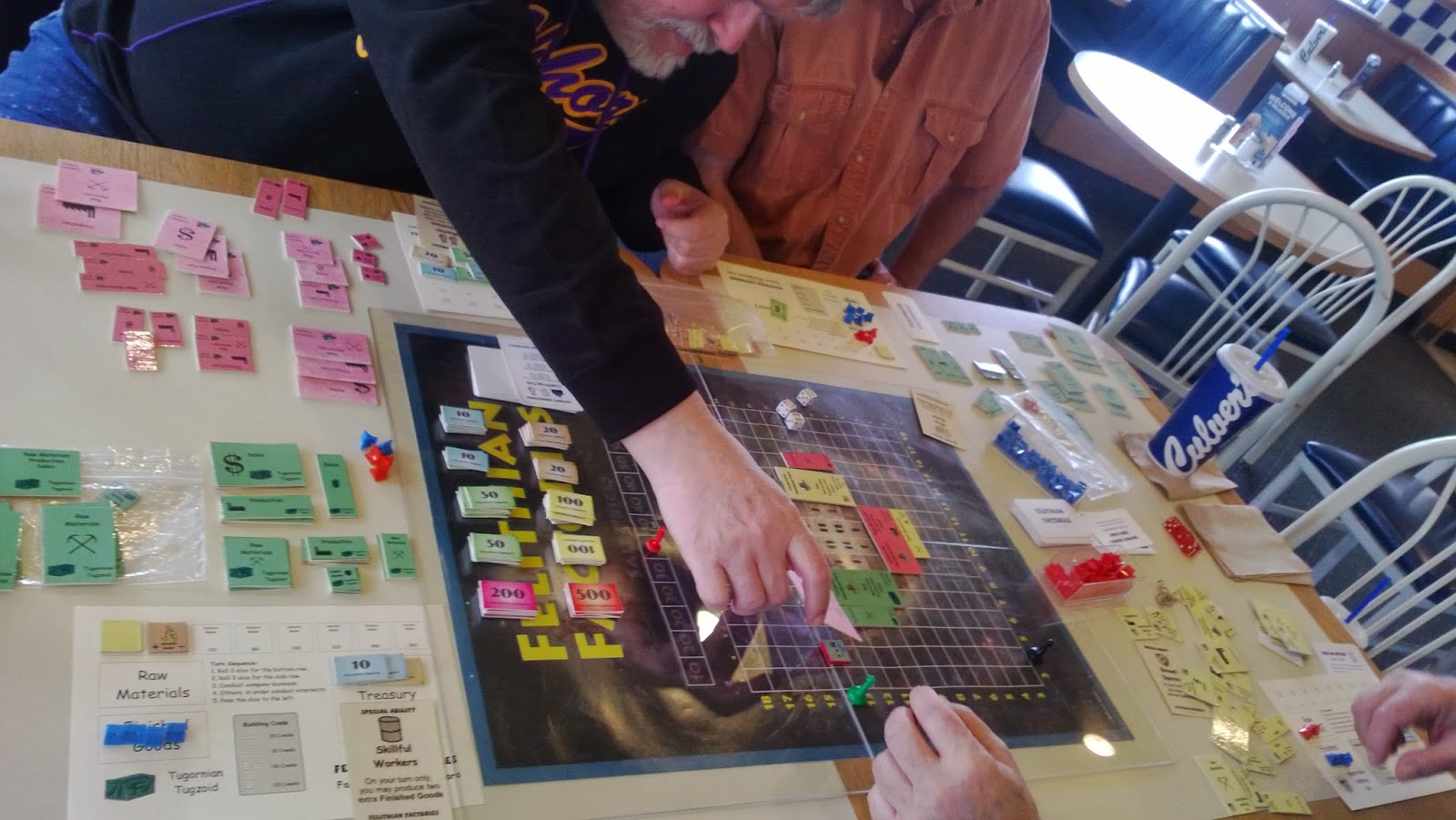