For the March Burlington Gameday, I busted out Divine Right.  It would be the last chance to warm up on this before the annual Gary Con Divine Right game.  Kifflie and Steve have played in this with me while it's been run at Gary Con, so we all sharpened our knives.  Plus, we introduced it to a new players.  And you have to love it when you have one of the original editors of the game, Tom Wham in the house. 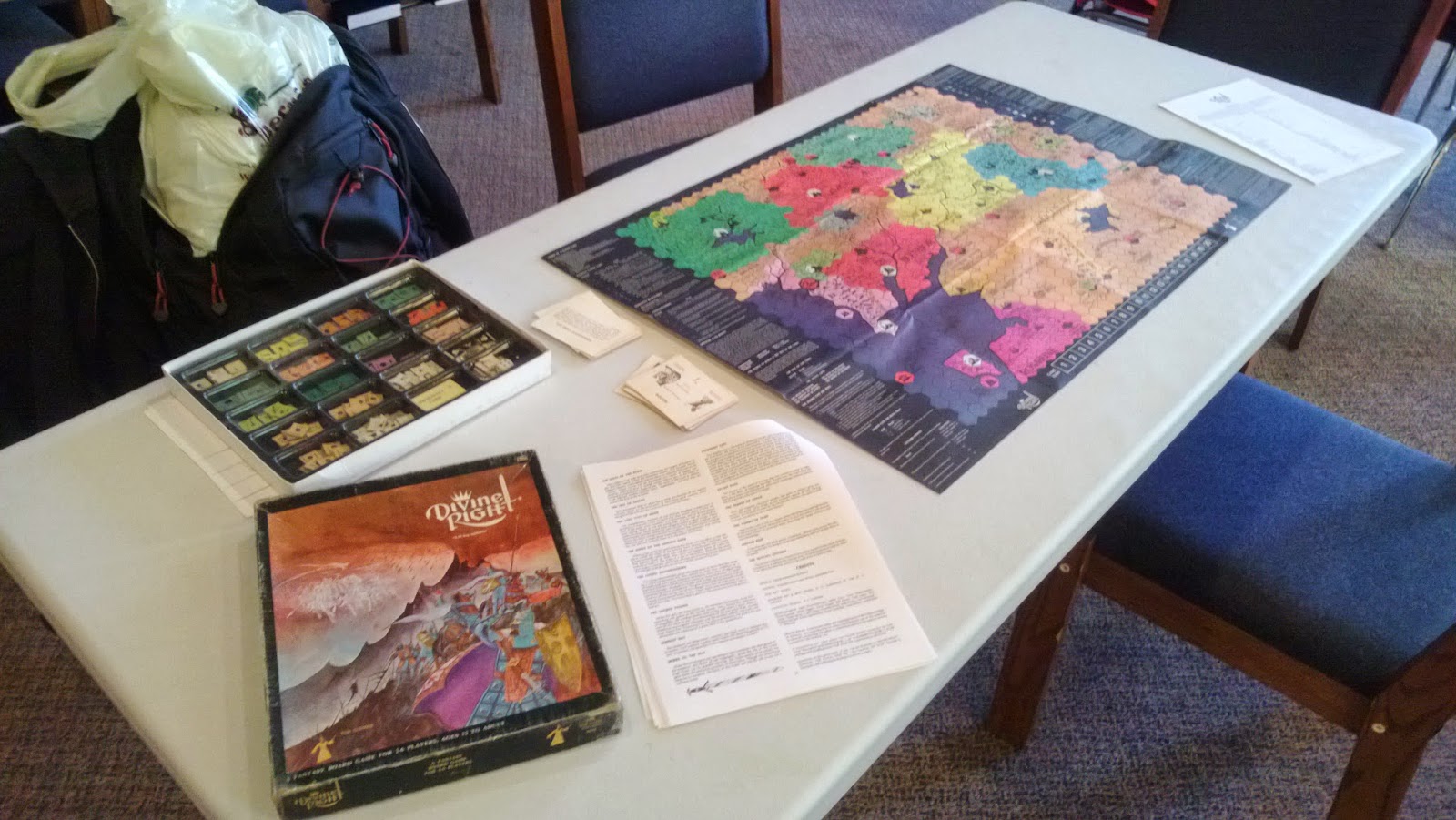 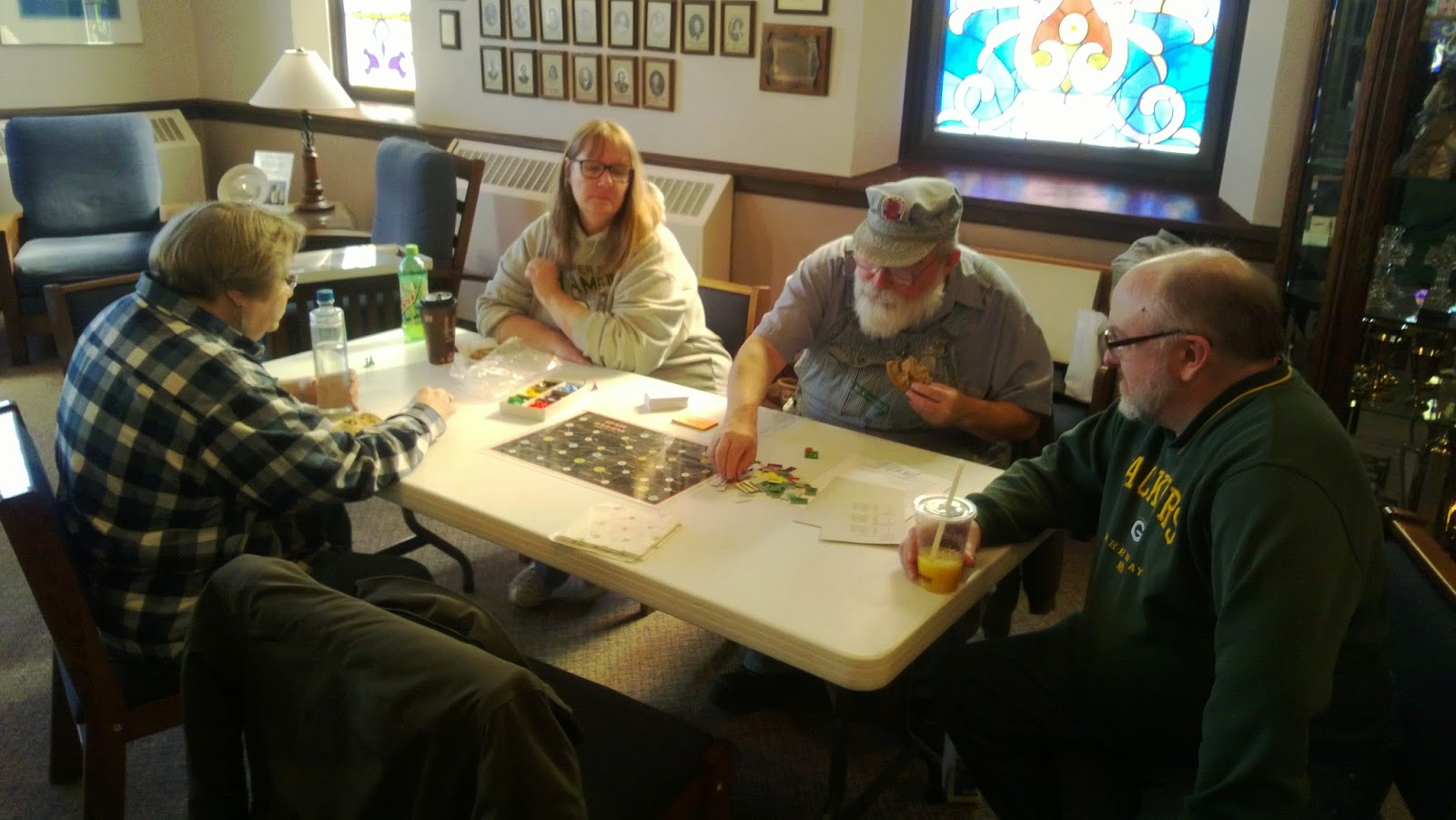 Tom Wham taught us and Steve Sullivan joined in the fun 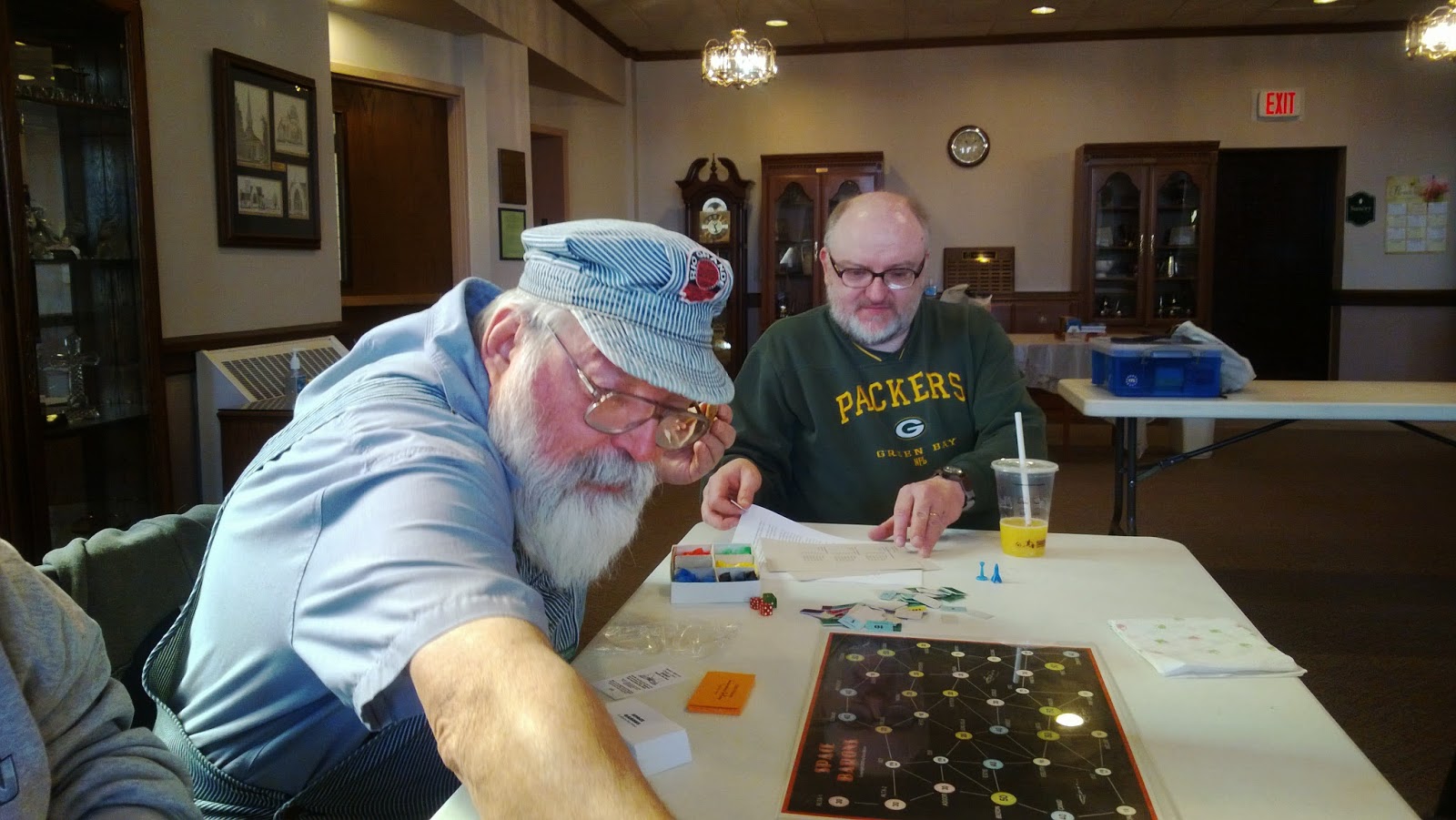 Steve, Al, and Wendy were all Space Barons 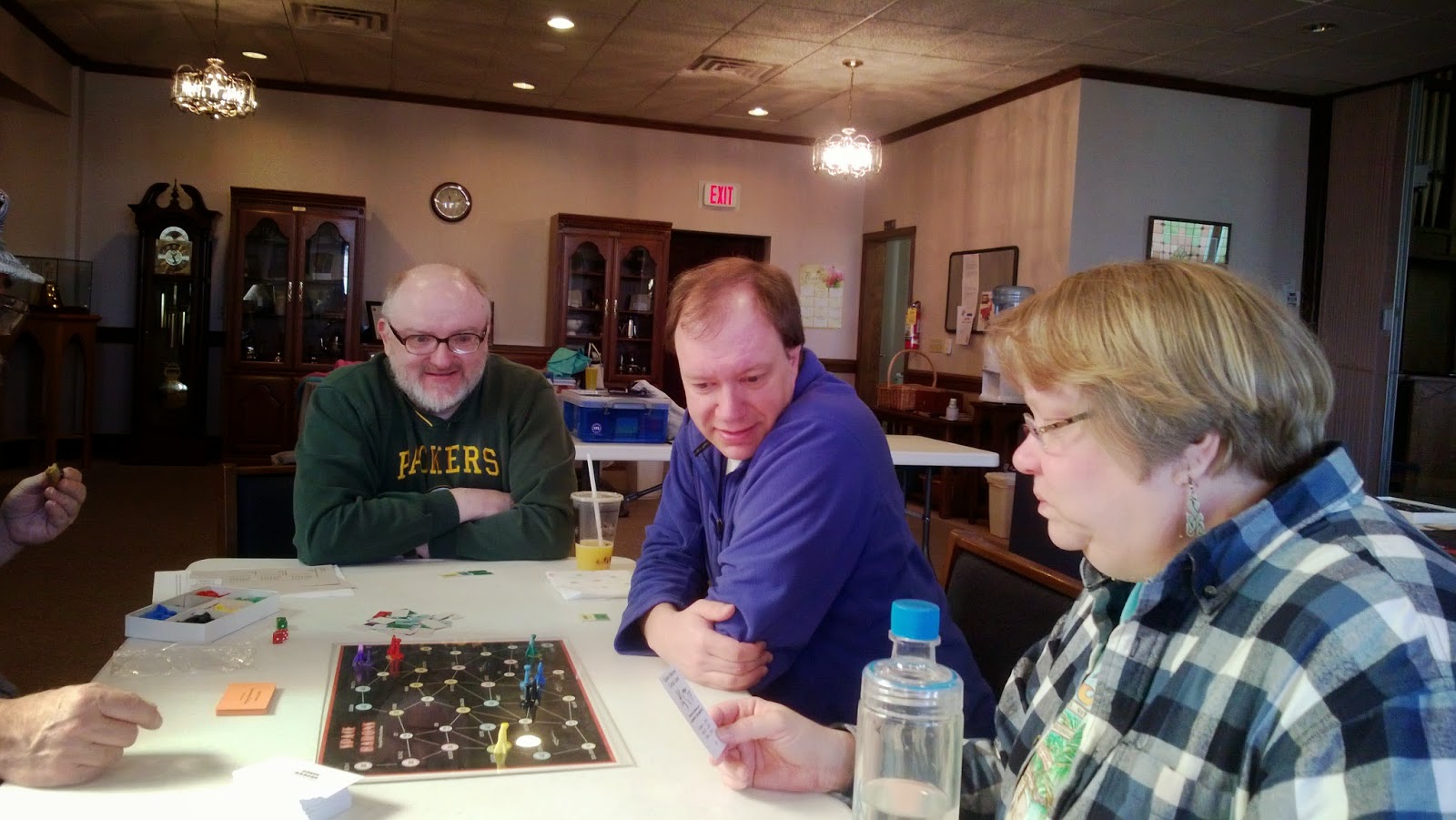 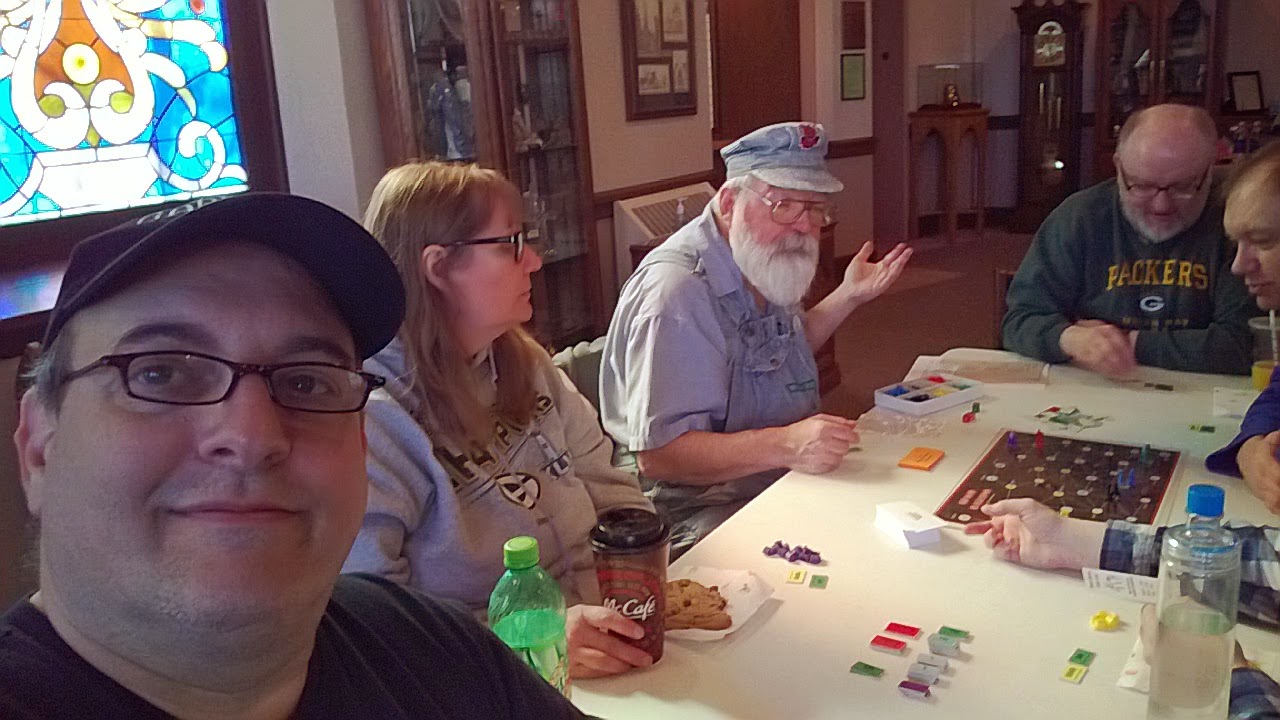 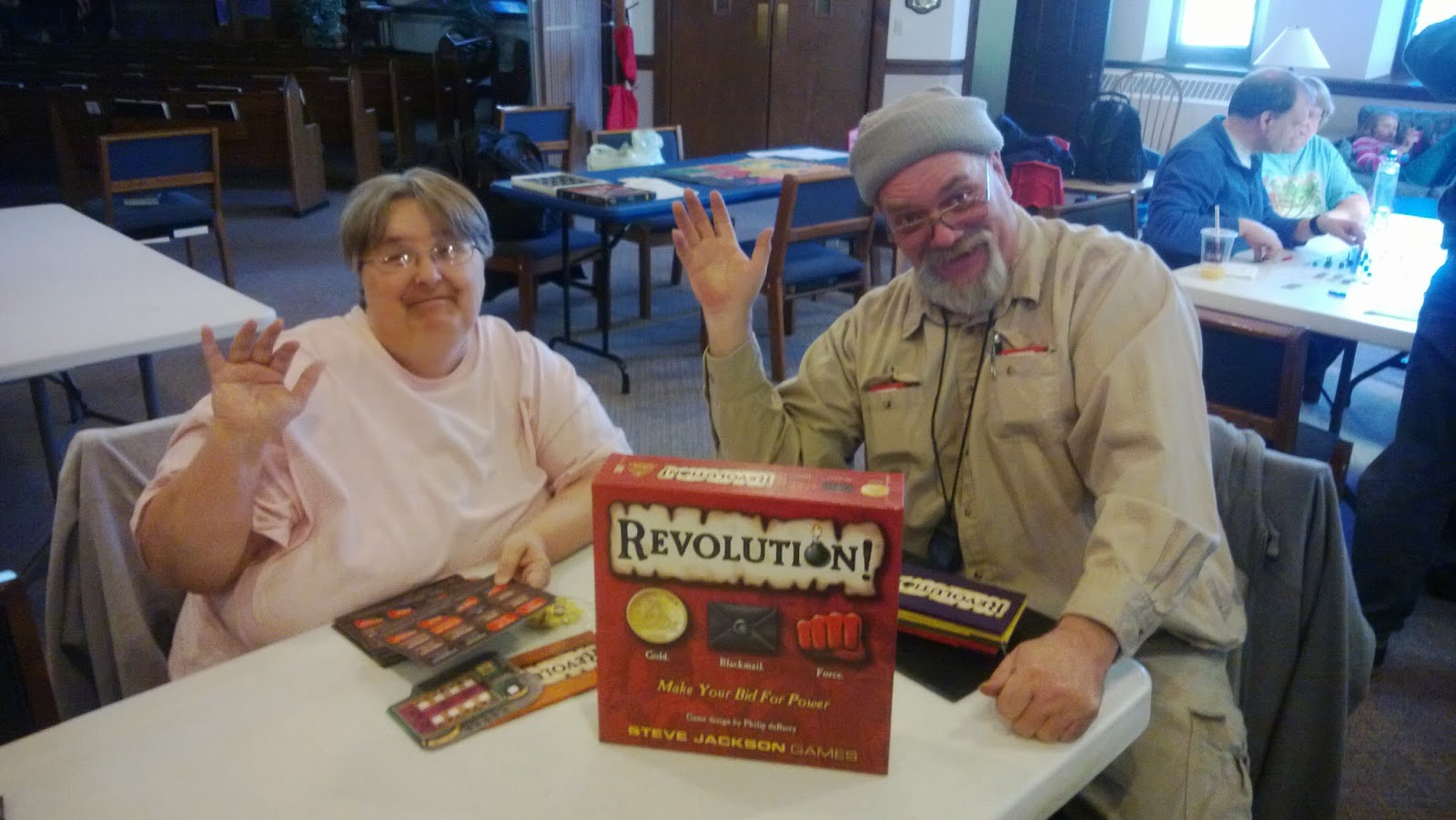 Clint Pushee set up a Touch of Evil and Laura Murin seemed to know a little too much about how to play . . . 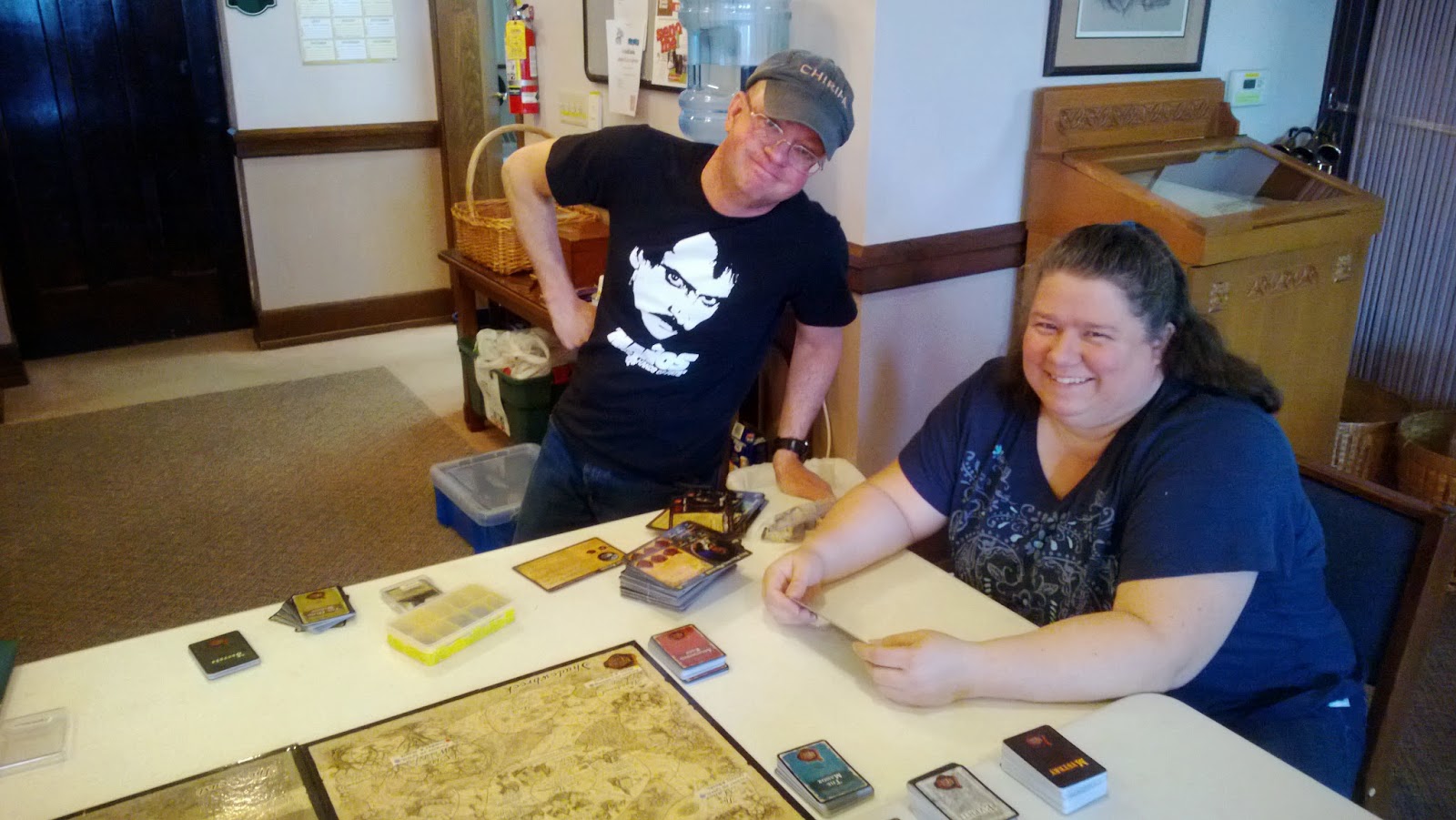 Some of the components and board for Space Barons 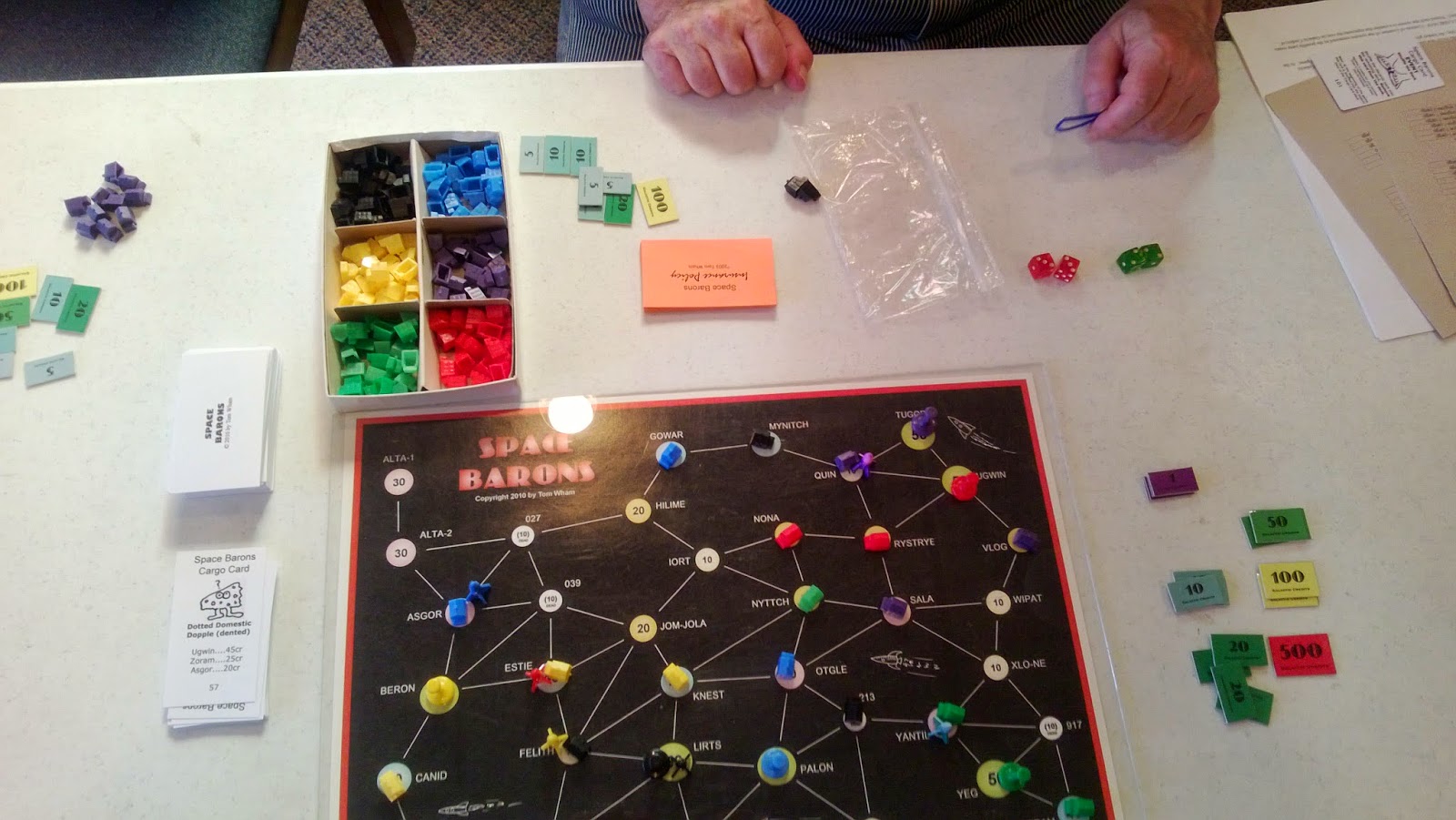 The gang posed for a shot with the game designer 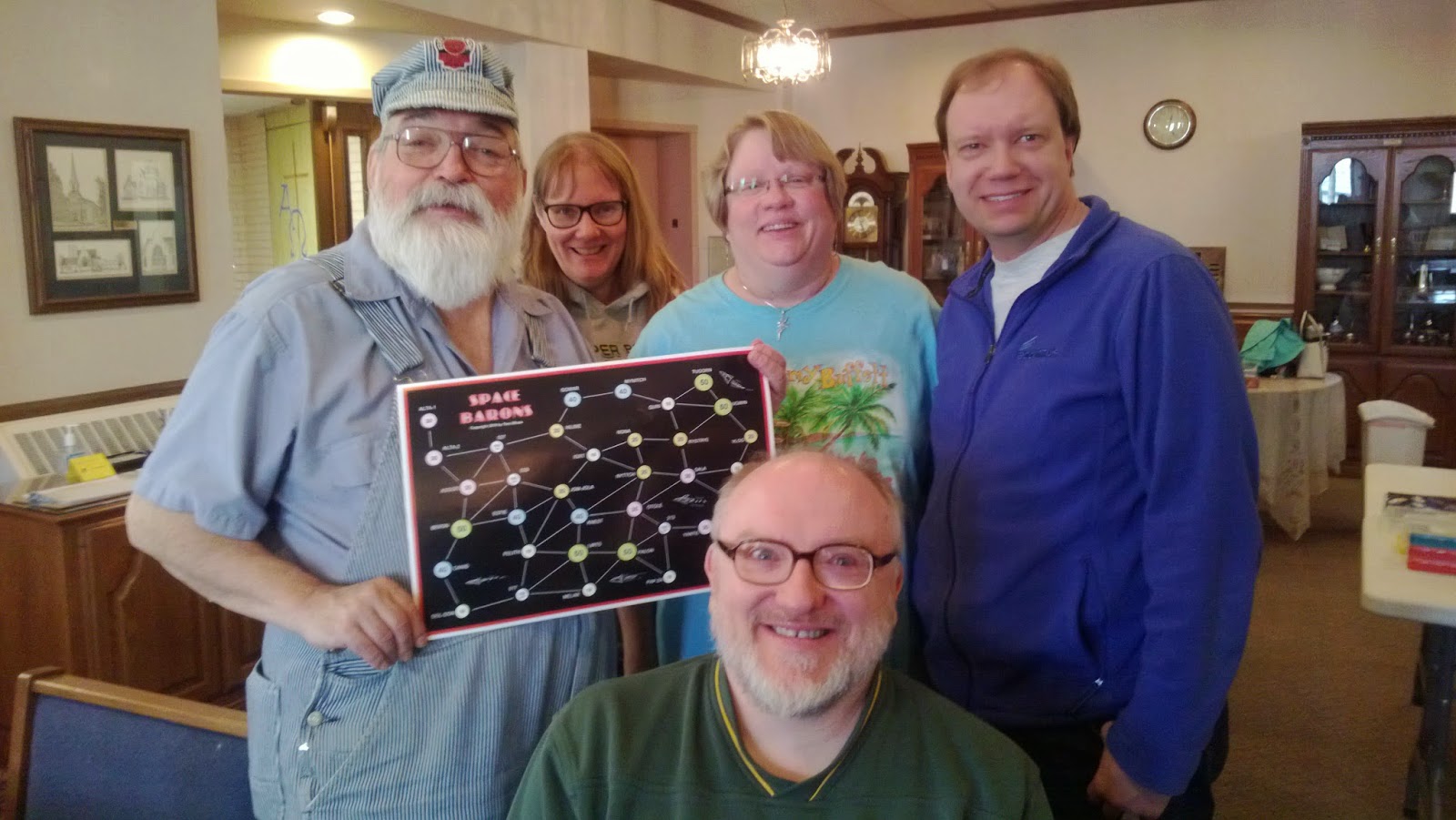 Ian and Rich showed up to play Revolution 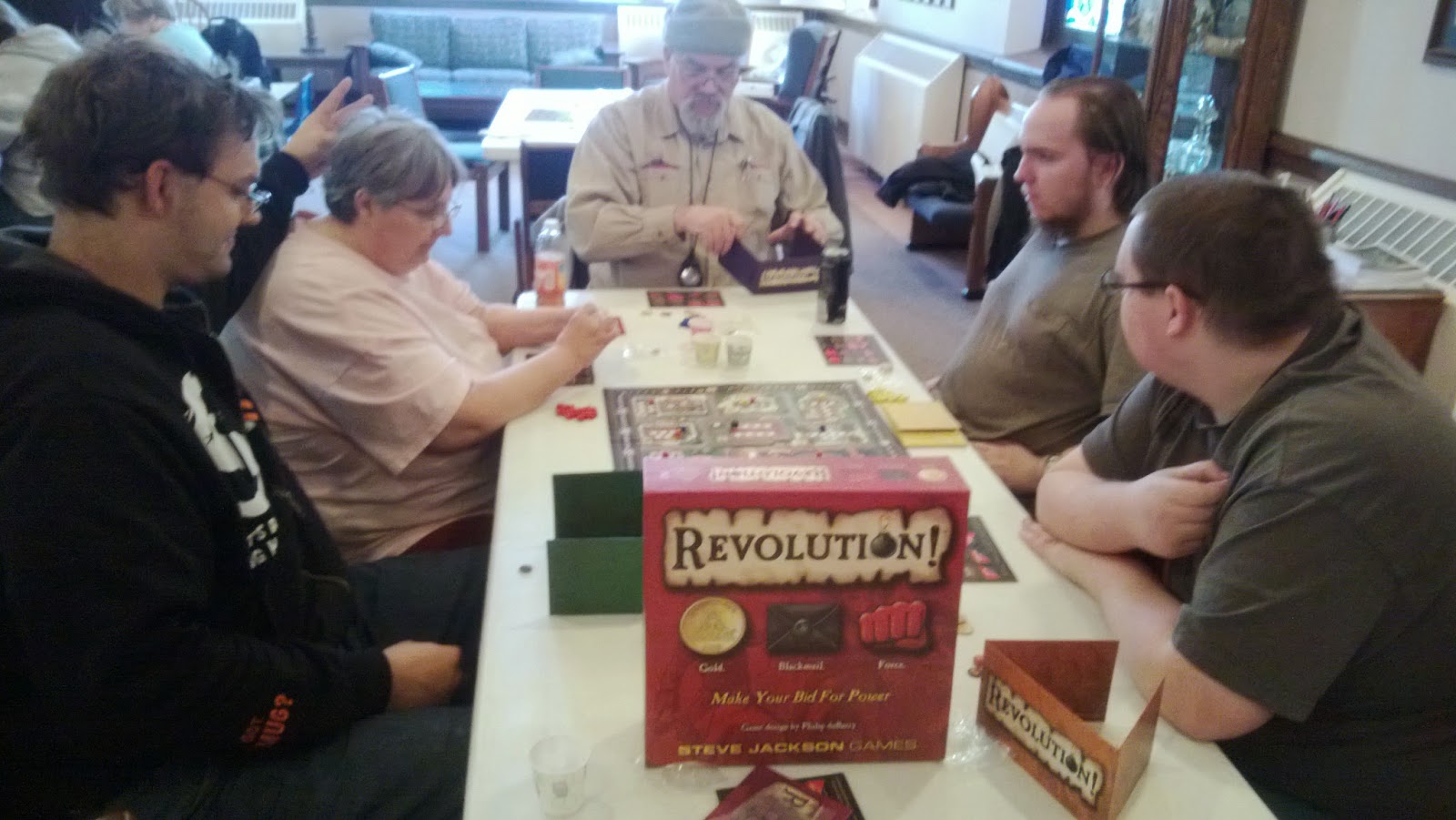 A Touch of Evil drew a crowd too 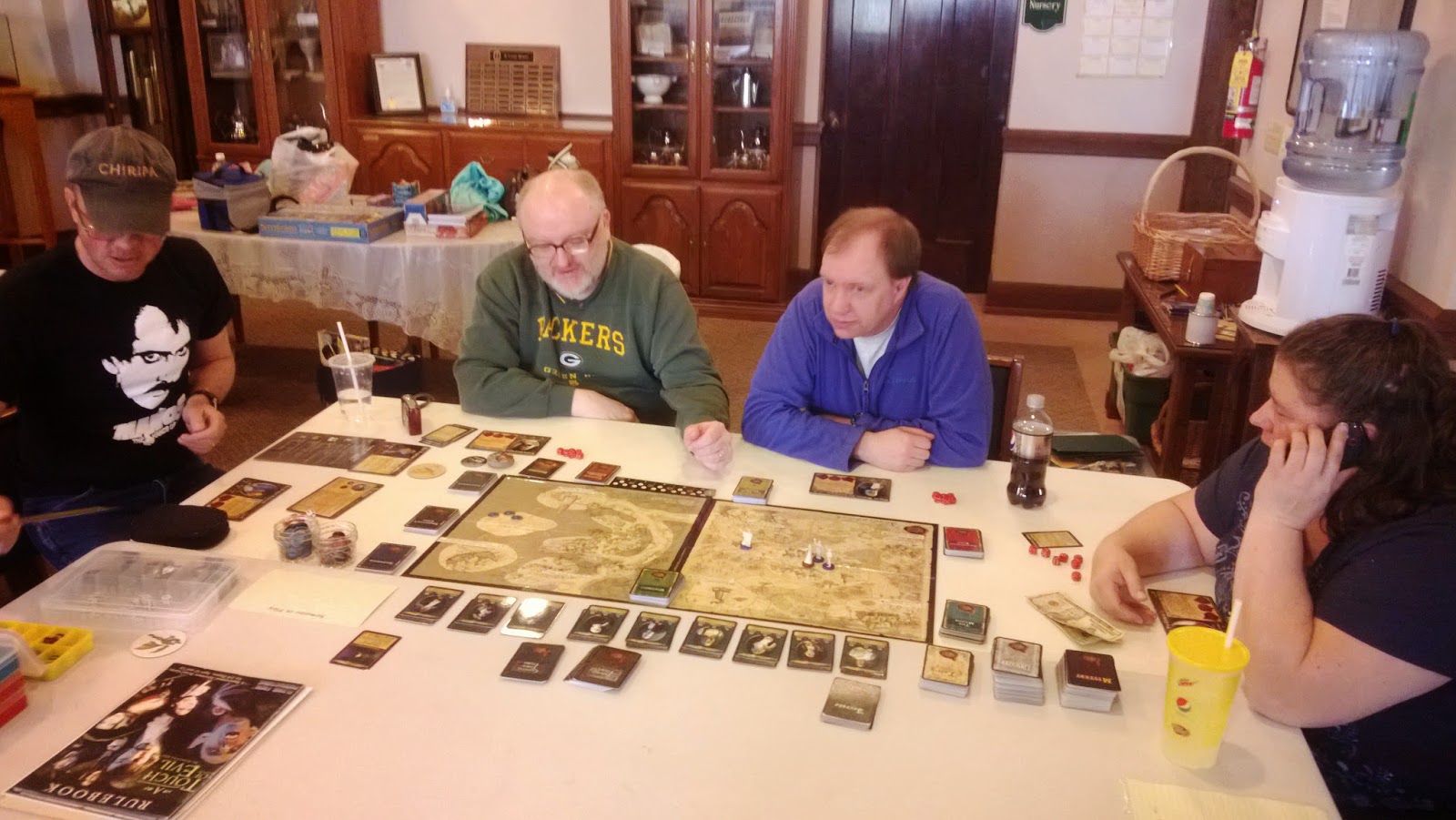 Finally, we settled in for a game of Divine Right 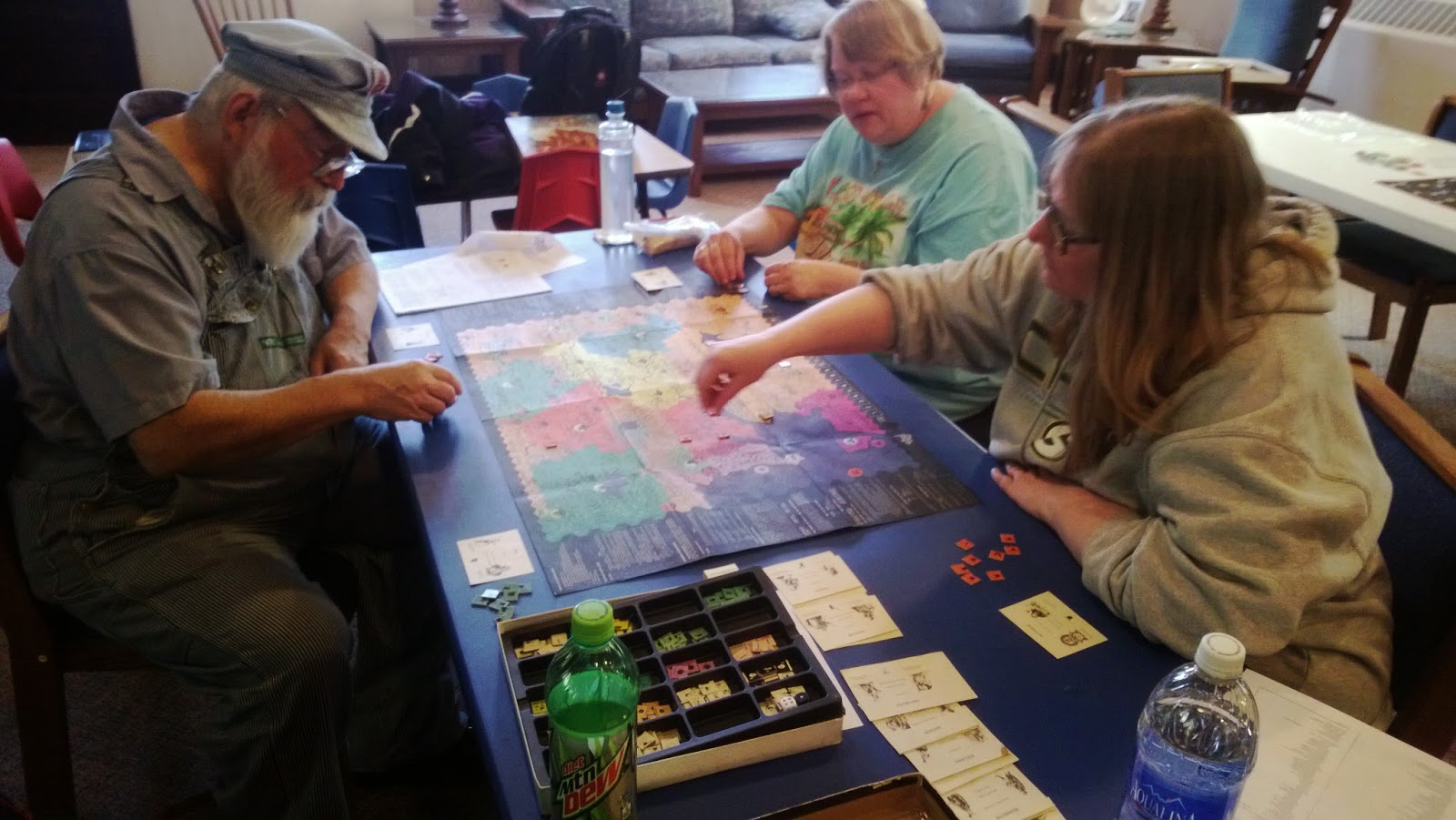 Later, a few of us stopped out for burgers and a game of Love Letter 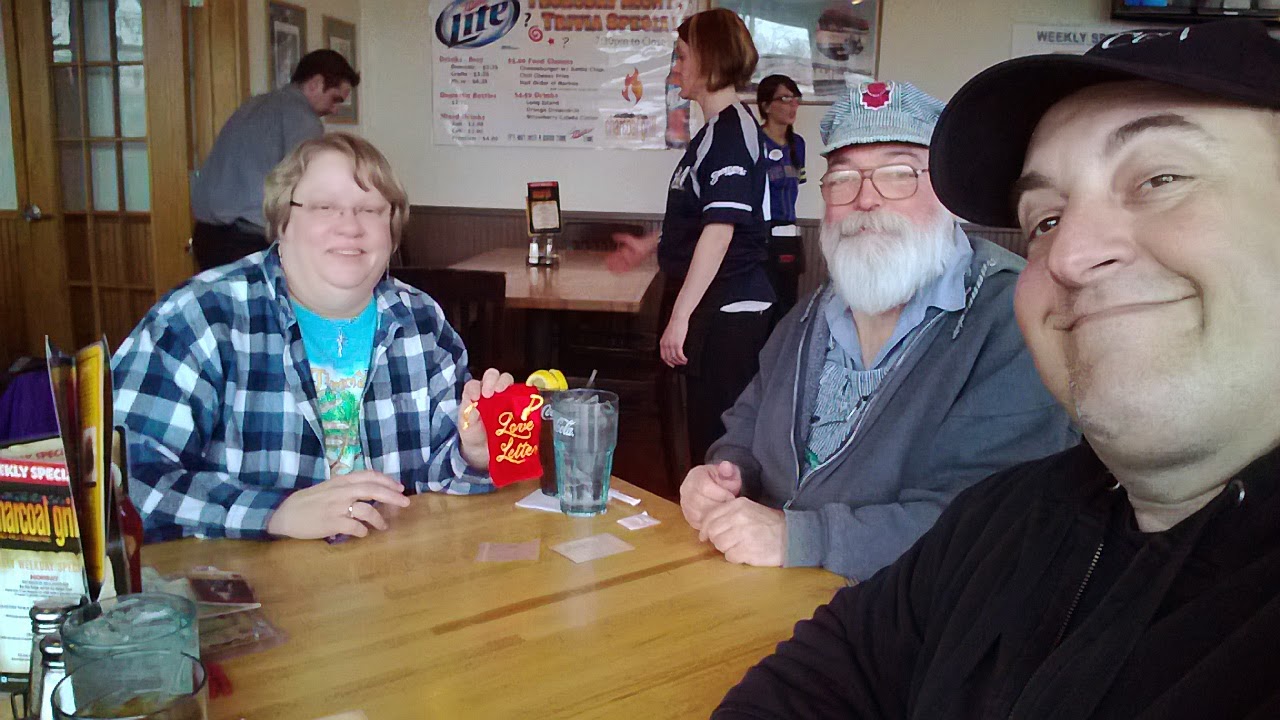