One of the highlights for me is playing in the annual game of Divine Right as set up by John Appel.  Each year, I have joined him, Steve Sullivan, and Kifflie Scott, and Dave, in the epic struggle to control a fantastical land. 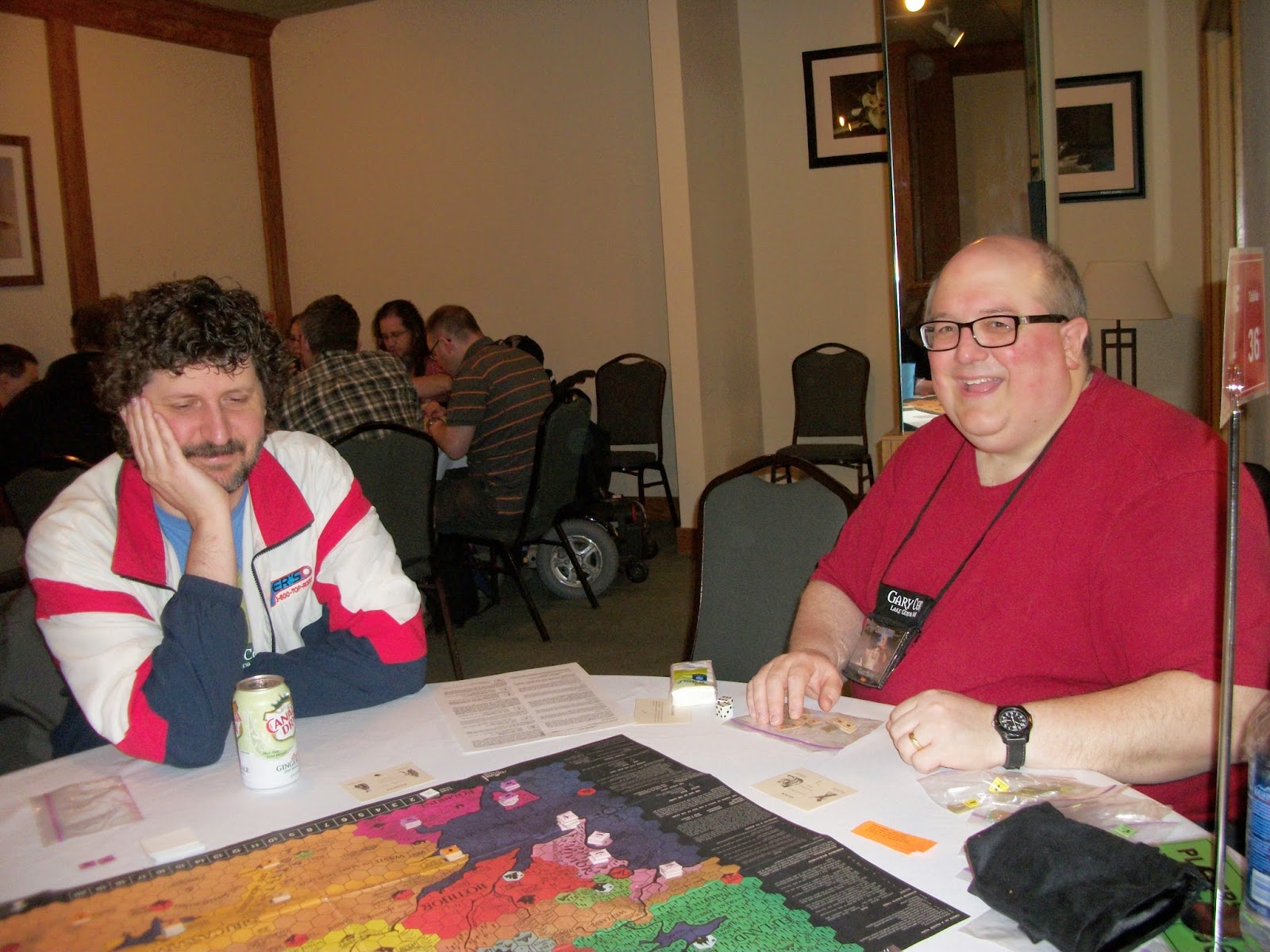 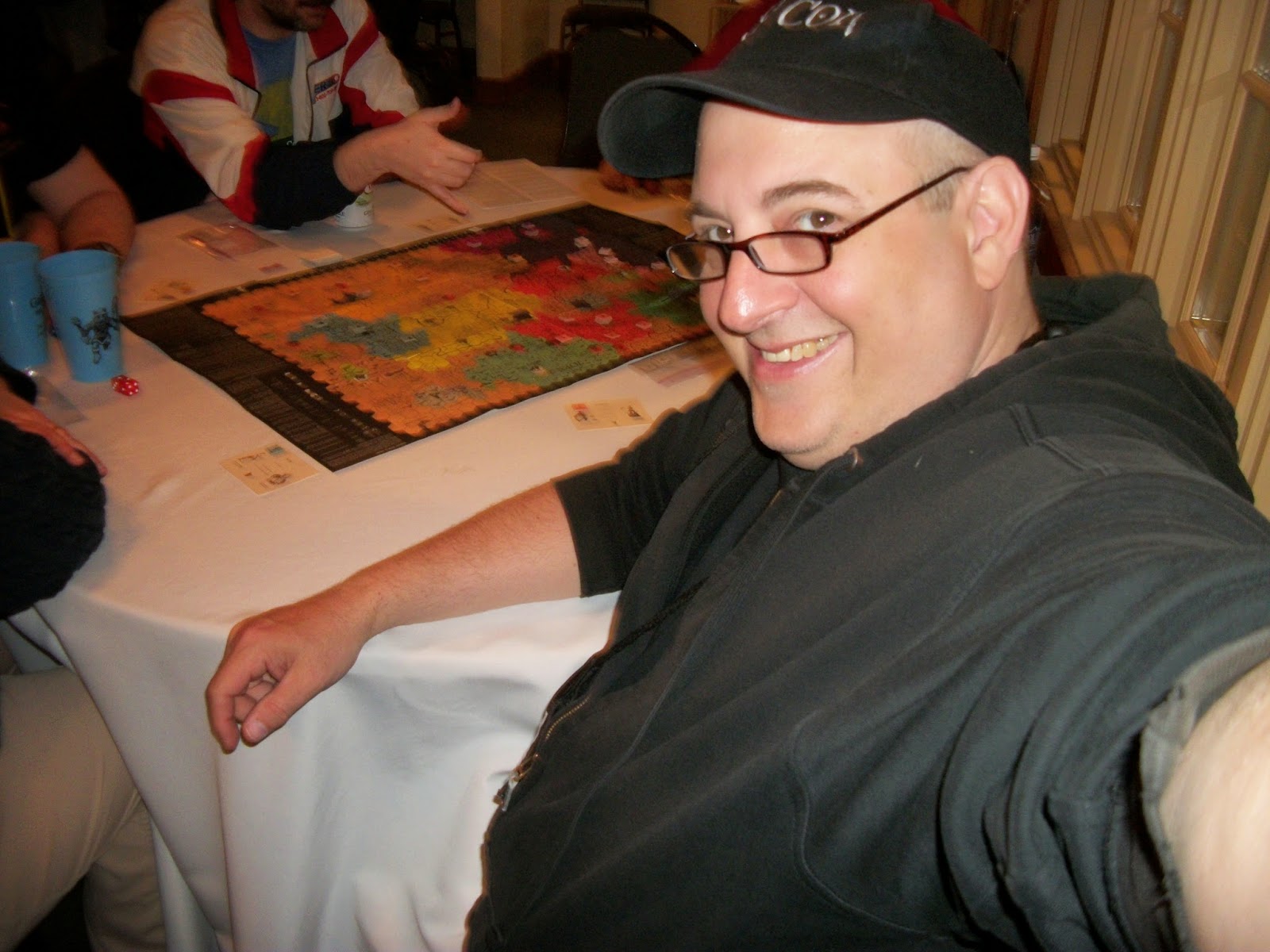 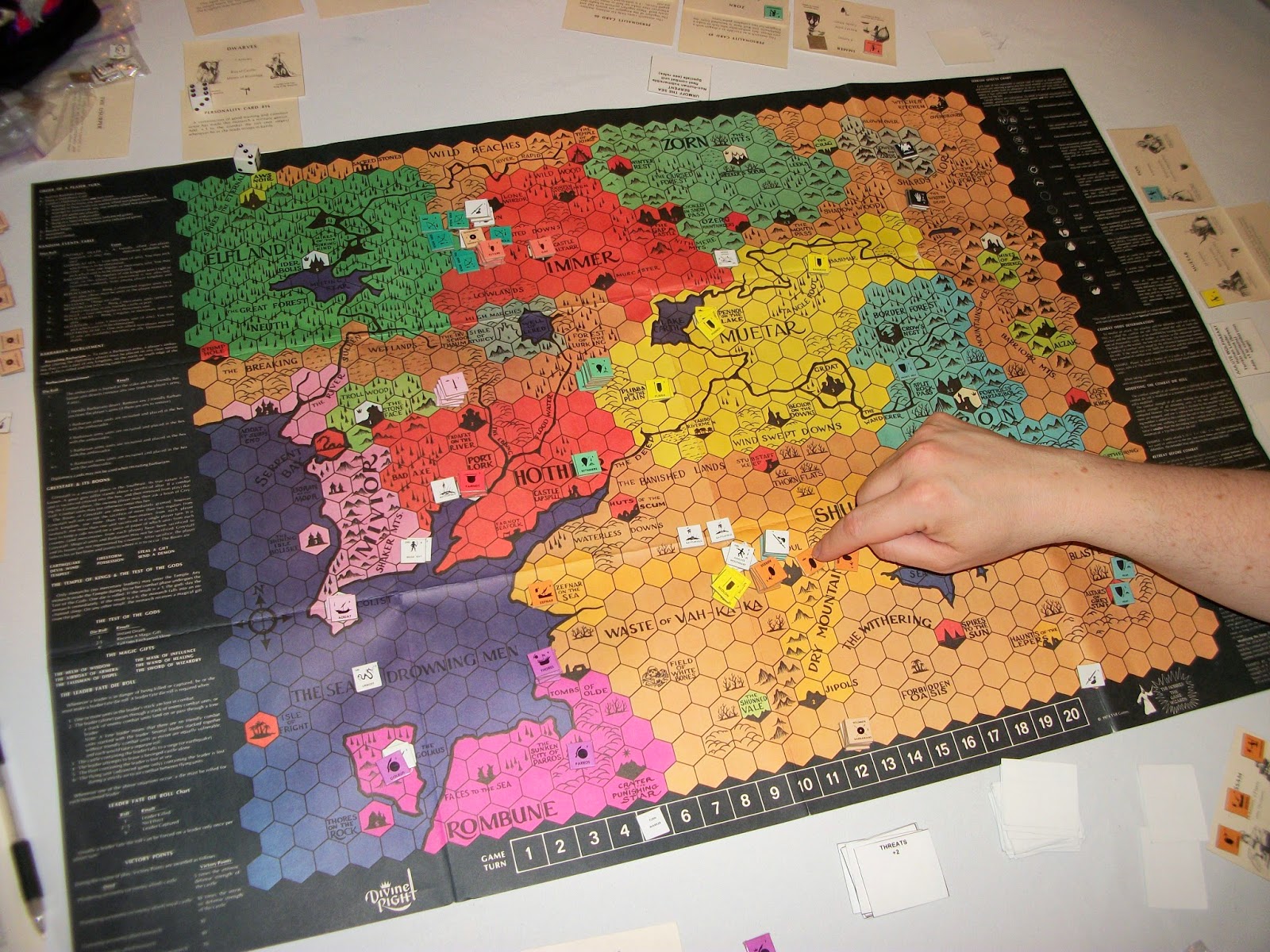 In short, despite controlling most of the northern territories for much of the game, I was thwarted in my attempts to hold my title from last year as Steve managed to knock Kiff out of the action and gain enough victory points to secure the lead late in the contest.  Congrats to everyone on a great tradition well played!
Posted by Mark CMG Clover at 7:00 AM