Over the last couple of years, I've taken LURCH! The Zombie Chess Game around to a bunch of locations including Gencon Indy and Little Wars, the Midwest HMGS convention, so that I could see how it played with various gamers.  For the most part, I taught the Basic game and then allowed the players at the table to determine if they would add in some Advanced rules and maybe play some of the expanded scenarios.  I've found that the familiarity of the board and simple movement, as well as the attack options, appealed to gamers.  It was quickly learned and enjoyed.  Sometimes, we even had some impromptu tourneys.  Here are some pics from the events. 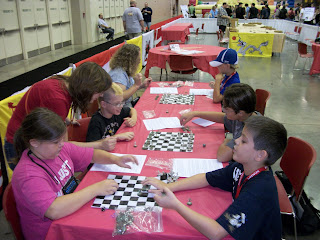 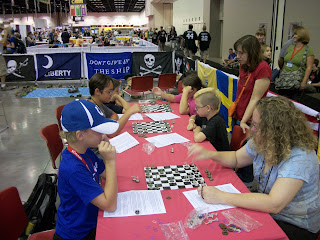 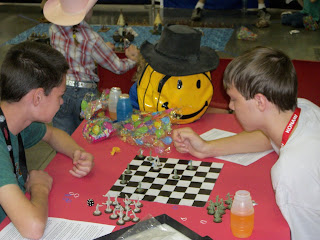 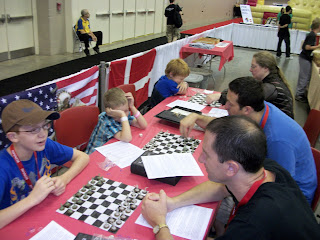 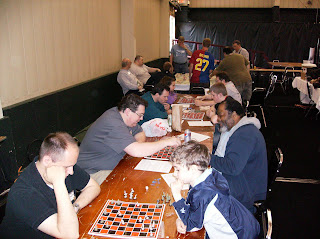 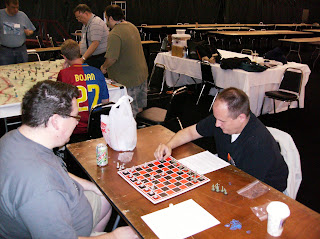 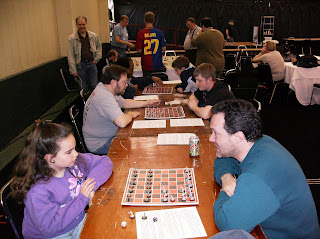