While at the Nexus Game Fair, I had the chance to play War of the Ring (second edition) (2012) in a mega-sized version concocted by Steve Fratt of the Historical Miniatures Gaming Society Midwest (HMGS).  I've played in other Tolkien games of his at Little Wars, the HMGS Midwest flagship convention, but this one was a new experience.  Plus, I had only played the modern version of War of the Ring as the Free Folk, so being on Team Sauron was also a treat.  We had horrible luck on the battle dice but still managed to corrupt Frodo just on the precipice of Mount Doom, so all is right in Middle-earth.  There are more photos in a Facebook album here. 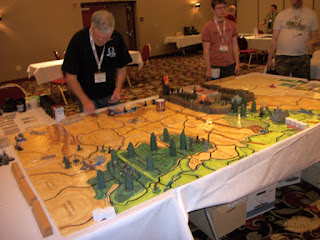 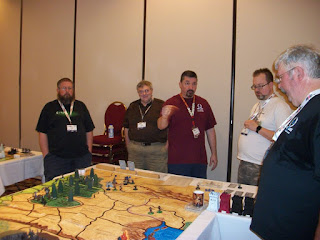 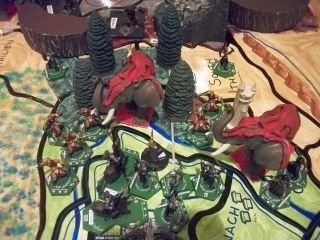