Gamer-friend Wendy got, through Amazon, a game that was expanded by Kickstarter last year.  From a couple years ago, Viticulture (2013) was released by a Kickstarter then the expansion Tuscany: Expand the World of Viticulture (2014) followed.  We only played the base game, and it is beautiful.  It's a fun game with a complexity that escalates as the game progresses. 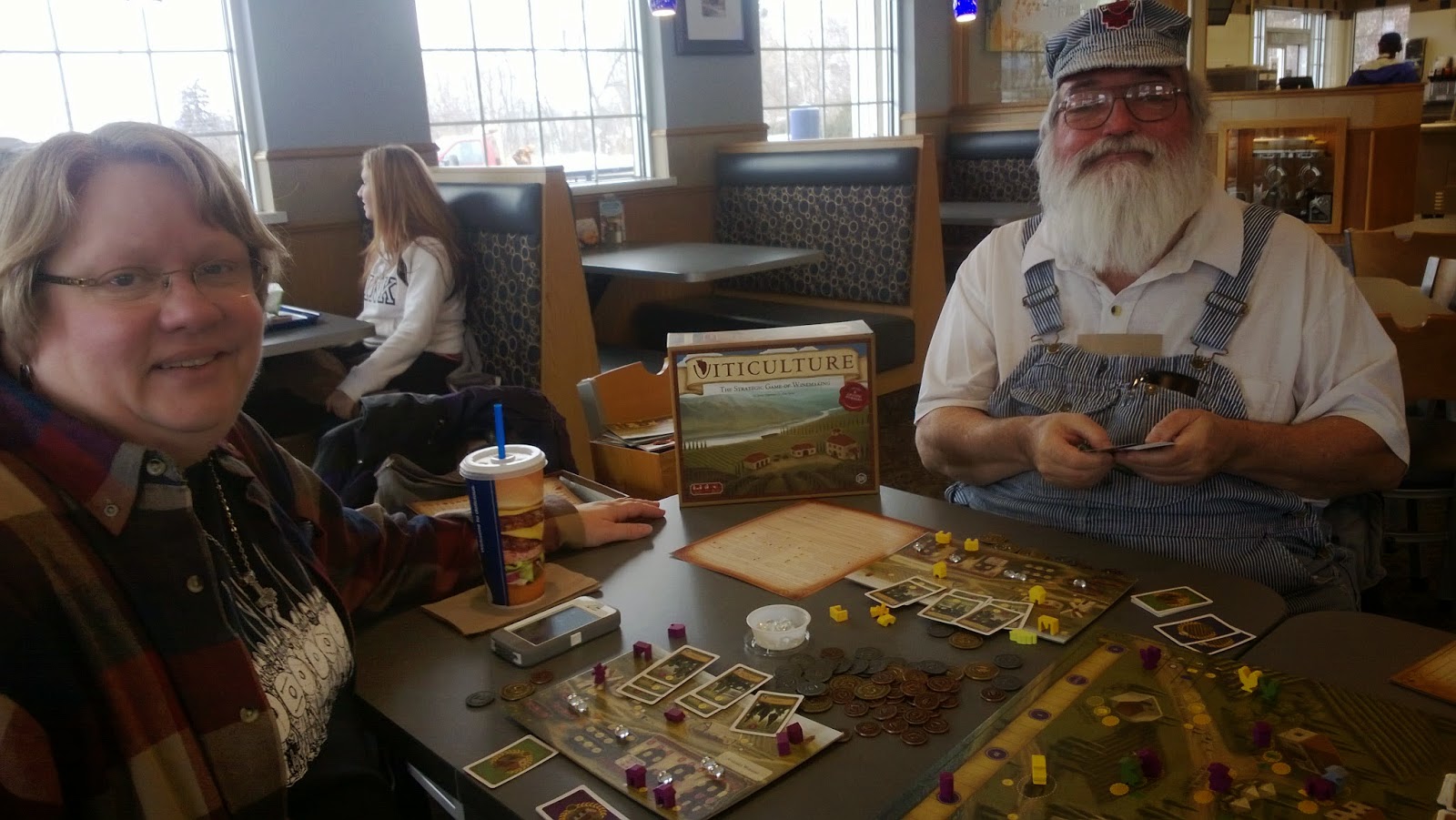 
In Viticulture, the players find themselves in the roles of people in rustic, pre-modern Tuscany who have inherited meager vineyards. They have a few plots of land, an old crushpad, a tiny cellar, and three workers. They each have a dream of being the first to call their winery a true success.

The players are in the position of determining how they want to allocate their workers throughout the year. Every season is different on a vineyard, so the workers have different tasks they can take care of in the summer and winter. There's competition over those tasks, and often the first worker to get to the job has an advantage over subsequent workers.

Fortunately for the players, people love to visit wineries, and it just so happens that many of those visitors are willing to help out around the vineyard when they visit as long as you assign a worker to take care of them. Their visits (in the form of cards) are brief but can be very helpful.

Using those workers and visitors, players can expand their vineyards by building structures and planting vines (vine cards) and filling wine orders (wine order cards), players work towards the goal of running the most successful winery in Tuscany. 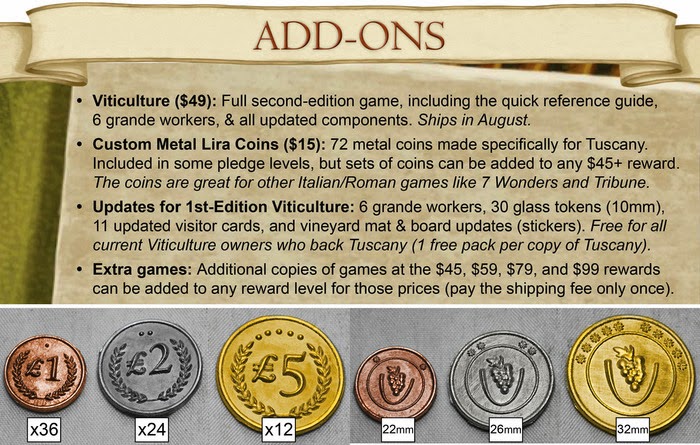 Some of the stretch goals and add-ons from the Kickstarter were pretty nifty, particularly the coins.  The white glass used to keep track of the grapes and wine are simple and effective.  There are a variety of meeples used for the workers, buildings, and tools that can be bought to assist the players to win.  Another cool thing about the Kickstarter is that the personalities depicted on the cards are apparently supporters from the fundraising, along with a credit for them at the bottom of their particular cards.  The Amazon deluxe pack has the coins, glass markers, and the like. 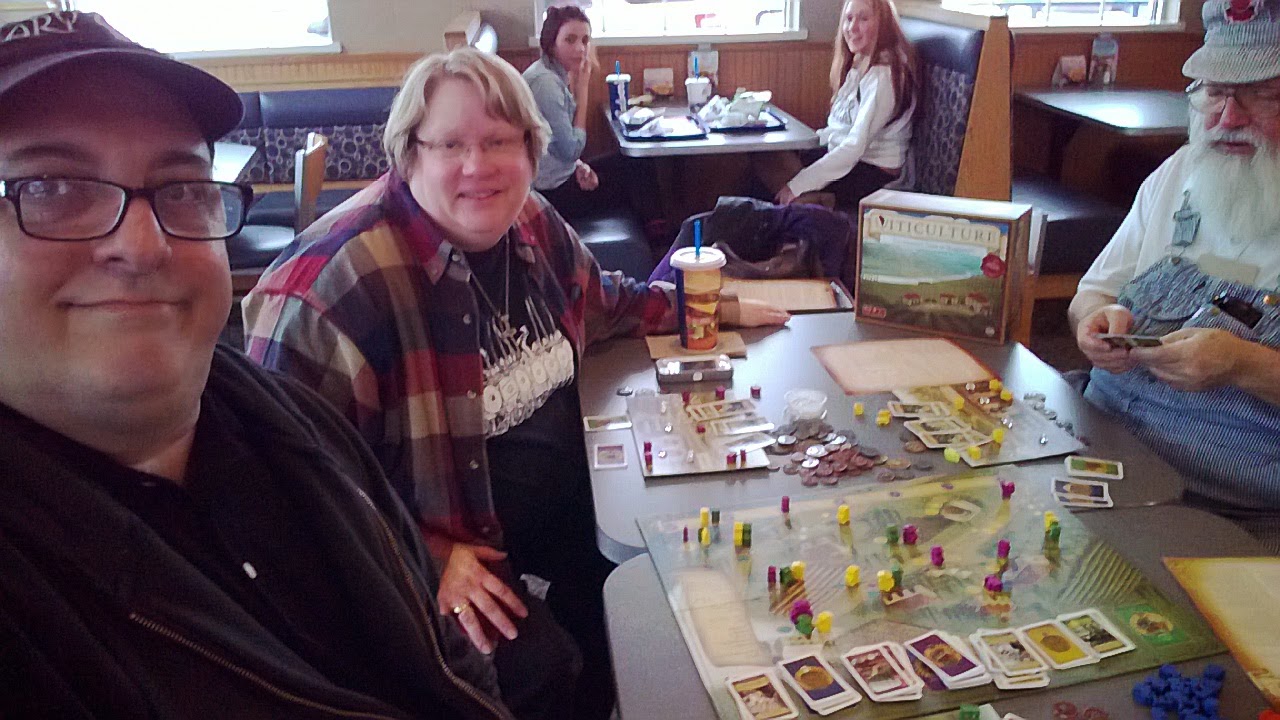 It was a tight game and I'd need to play it again to get a real handle on strategy but some things to consider are getting extra workers early, making sure to get a trellis and irrigation, as well as making sure to find a way to pick up a few victory points in the early going so that you don't get boxed out on the order-filling in the end game.