This week, I opted to include some links of short retrospectives of Avalon Hill and two of their more popular wargames / boardgames.  The first is from thebiggamehunter.com and includes some early history of the company and its founder, Charles S. Roberts, here. 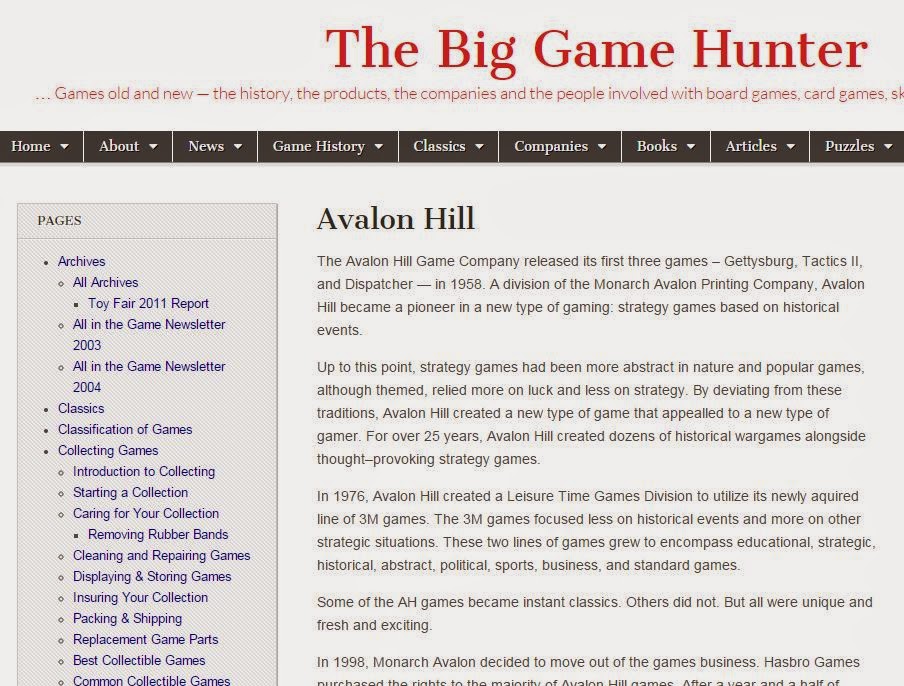 Also, on Grognardia in 2011, James Maliszewski took a retrospective look at "Rise and Decline of the Third Reich."  This game which came out in 1974 proved to be one of the more challenging games I owned and played in my late teens.  Read the Grognardian account here. 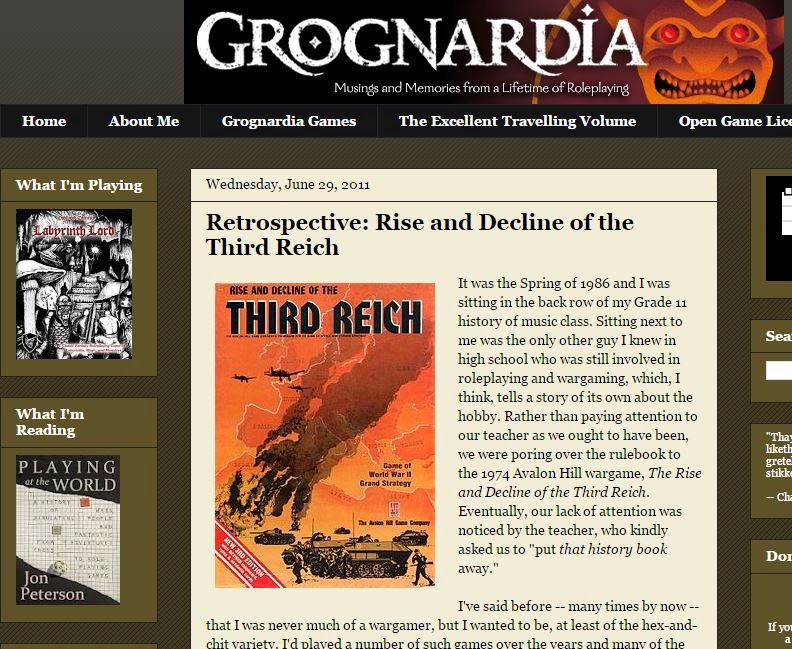 Finally, over on the gamecabinet.com website, an article by Stuart Dagger looks at "Rail Baron & US Rails: A Retrospective, A Variant & A Review" here. 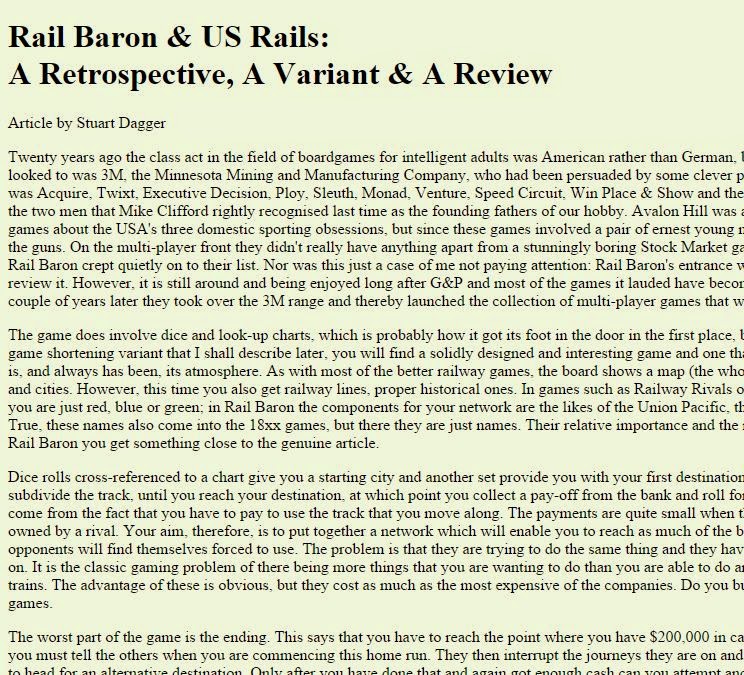