Some days of my life are just way too much fun.  Such was yesterday afternoon when I got the chance to play a game of Dragon Lairds (2007) with the two designers, Tom Wham and Jim Ward.  It's a humorously illustrated fantasy card game that features Hand Management and Set Collection mechanics.  There is a playing mat / board that comes with the game to help guide folks through the turns, the card availability, and the victory point accumulation.  The illustrations on the cards are so well integrated with the spirit of the game and actions of the cards, that it is a huge pleasure to play. 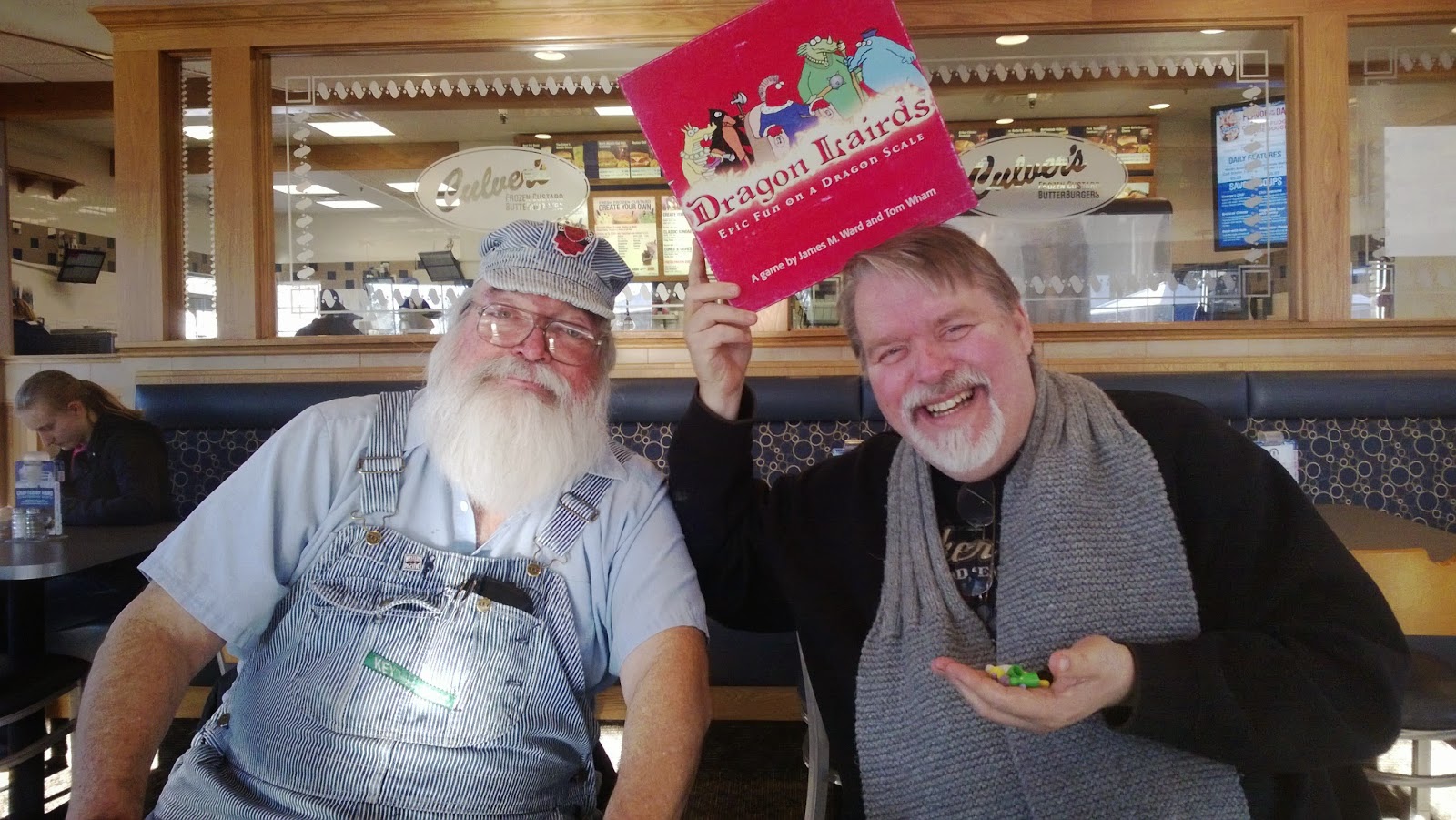 The description of the game on Board Game Geek is as follows:


In this cousin of Saint Petersburg, each player represents a monarch dragon clan, and attempts to assert herself as the Dragon Monarch by game end, by securing the most Royals (victory points). In order to facilitate this process, players will use their Geld (money) to hire Dragon Lairds (aristocrats) and buy Resources (buildings) and Commoners (peasants). You can use precious Royals (your victory points) to acquire Dragon Havocs, which empower you to do anything from getting extra cash, to stealing things from your opponents. The Havocs tend to be one-shot little guys, however, and are always discarded to the bottom of the discard deck, as far out of reach as possible from those cards that pilfer the discard pile.

At the end of each round, you accumulate the Geld and Royals that your acquisitions generate for your clan. At the end of the game, you additionally receive any Finale Royals on cards as end-game victory points.

From the Margaret Weis web site:

Deep in the heart of an island continent, many years ago, was a long forgotten land of ancient Saureans… Dragons of all sizes and shapes, who had, through the generations tamed the foolish races of men, dwarves, and elves that lived among them. Over the centuries, they refined their techniques and now were trying to gain control over all the surrounding dragon countries. There could be only one Dragon Monarch, but who would it be?

At the start of the game, each player is given a dragon clan and chooses to play either the king or queen of that clan. The object is for your clan to score the most points in Royals by the end of the game and thus become the ruling Dragon Monarch.

The game is widely available but if you happen to be in town, do yourself a favor and pick up a copy (or two!) at Lake Geneva Games 918 S Wells St, Lake Geneva, WI 53147.  You could even give them a call and they'd probably ship one out to you, if that is more convenient, at (262) 885-1515.  If you happen to be coming to Gary Con, check with Tom and Jim and I am sure they can find a copy for you on-site that they will be glad to autograph for you as well. 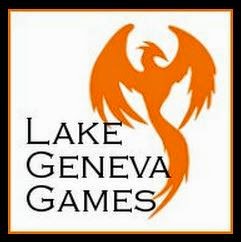 This is a game where you benefit from knowing your intended end game but aren't locked into it.  Given the size of the deck and the need to go with the flow based on the cards available.  It behooves any player to control the trophy, known as the Saurian Cup, for at least a portion of the game.  If it can be acquired and held in the last turn, if can be very beneficial.  Above all, keep a close eye on the cards being collected by the other players and be sure to find ways to counter them, if you can, or at least limit the damage they can do to you.  You might not be a target but being prepared and expecting you will be can go a long way to staying in the hunt for victory. 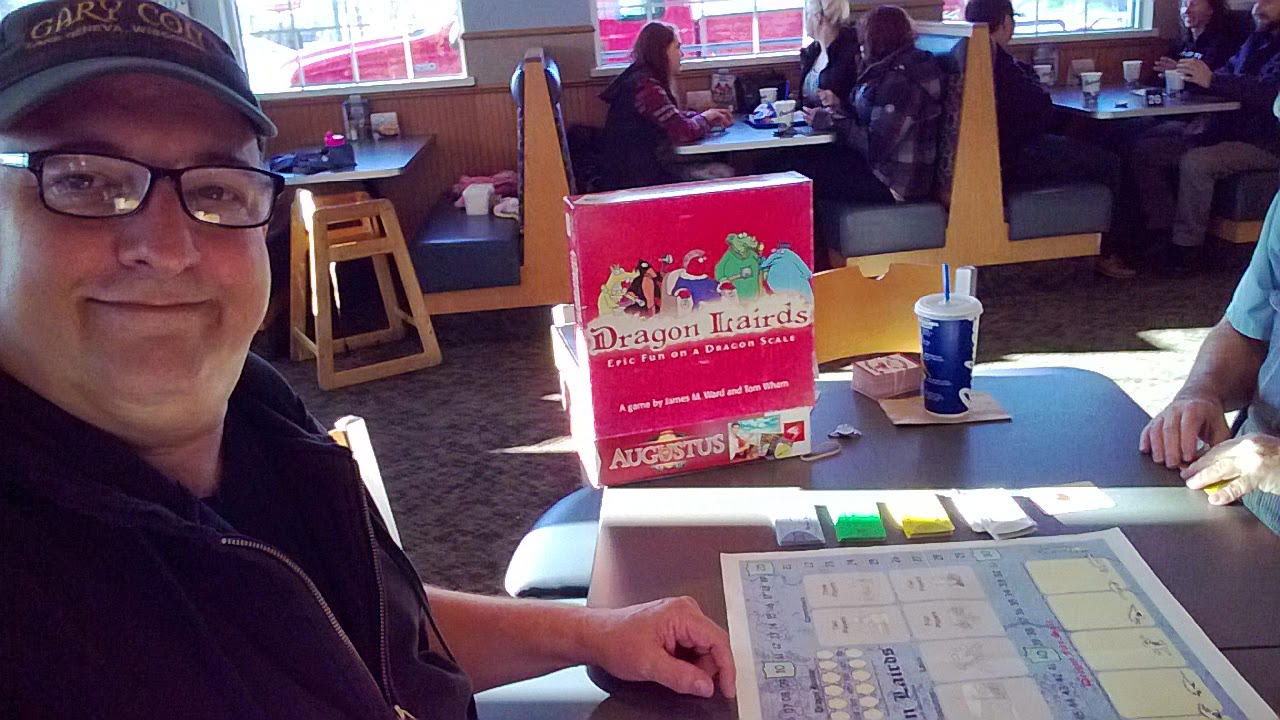