Steal DaBrony's Coffee! - The Reconstruction of a Classic

In the late 1970s and early 1980s, the mythical Geneva Lake Press toiled in seeming obscurity in southern Wisconsin to produce various niche games. This small press operation had few products that are well-known, working mostly in the shadow of other game industry giants of the era. Though few of their games survive in box or print to this day, Creative Mountain Games is pleased to announce that the rights to their entire library of games have been secured for re-issue to today’s discerning games market.

One of the early examples of their board games line is Steal DaBrony's Coffee! This tongue-in-cheek game is a fine example of the way in which a board game could be both fun and challenging with simple rules that led to complex strategies and game play.

From the box (original edition 1979): Steal DaBrony's Coffee! is a fun game for three to seven players. In it, one player takes on the role of Leo DaBrony, a small convention organizer whose love of java is legendary. Unfortunately for this dedicated staffer, a number of attendees have decided to torment Leo and make it their mission to spend much of the convention attempting to steal his coffee, vying with one another to abscond more cups of Joe than any other and be acknowledged as Java Jester of the Year.

Creative Mountain Games is busy transcribing the rules for Steal DaBrony's Coffee!, cleaning up the original artwork, and making some adjustments to these traditional game mechanics, and hopes to bring a publishable version to the public soon. Please, stay tuned for more information and spread the word regarding this effort. Thank you!


Got in a little playtesting today for Steal DaBrony's Coffee! at Taco Bell with Tom Wham, Mark Meier, and Wendy Swanson Lord. 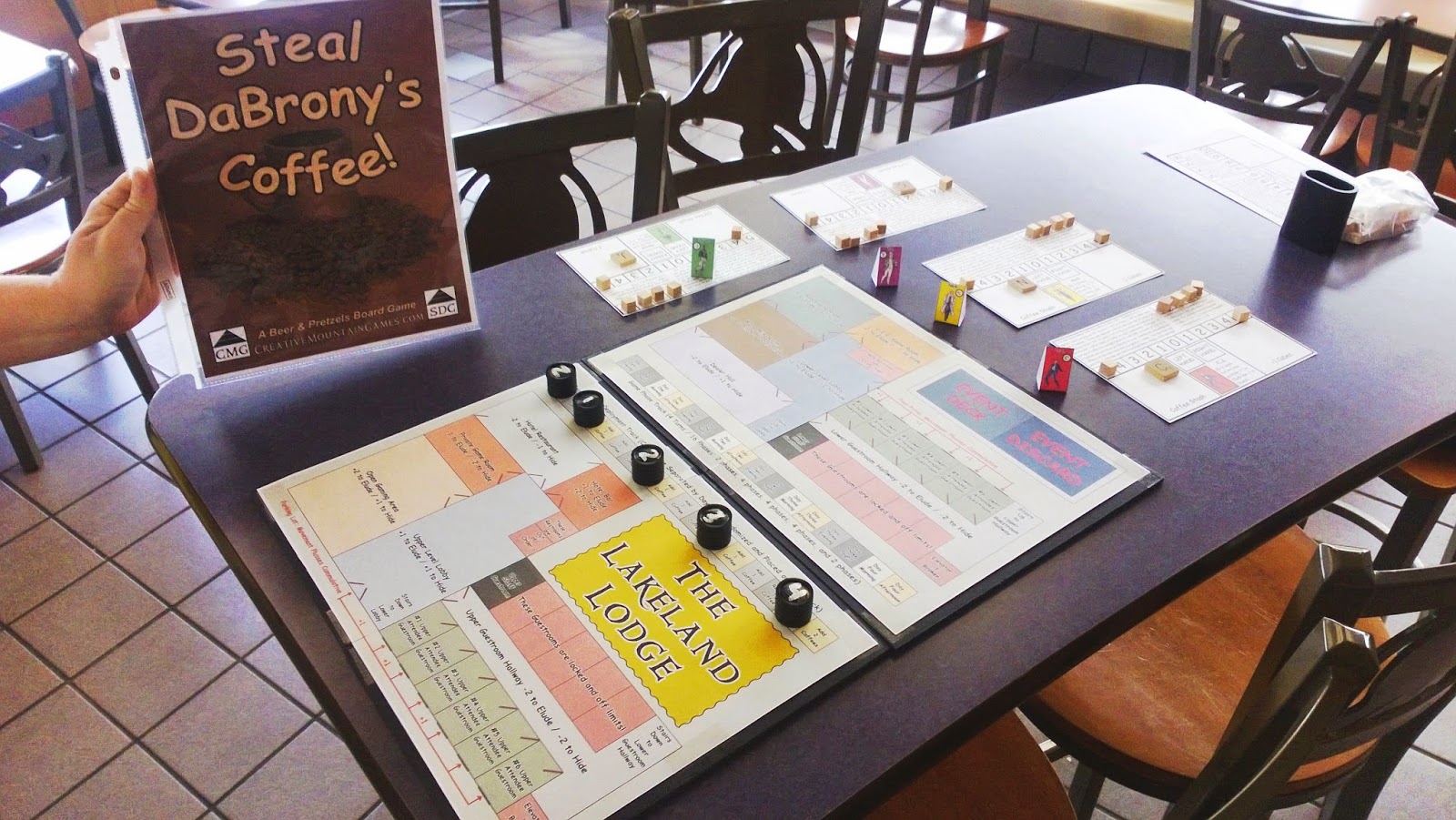 The character artwork recovered from the original has a simple but nostalgic feel, and the dual game and coffee deployment tracks have an almost wargamey tone to them 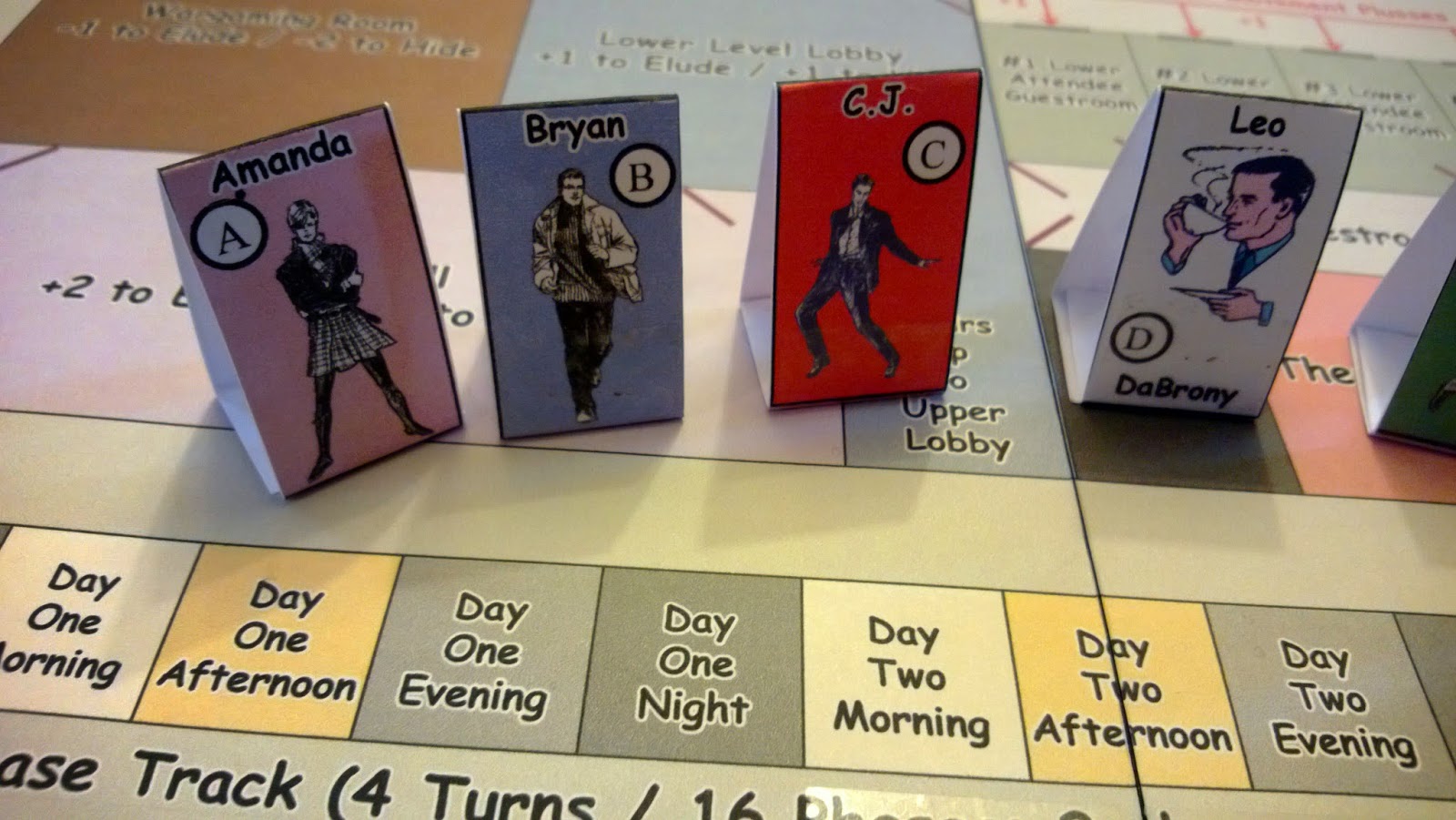 The one on the right just cracked me up 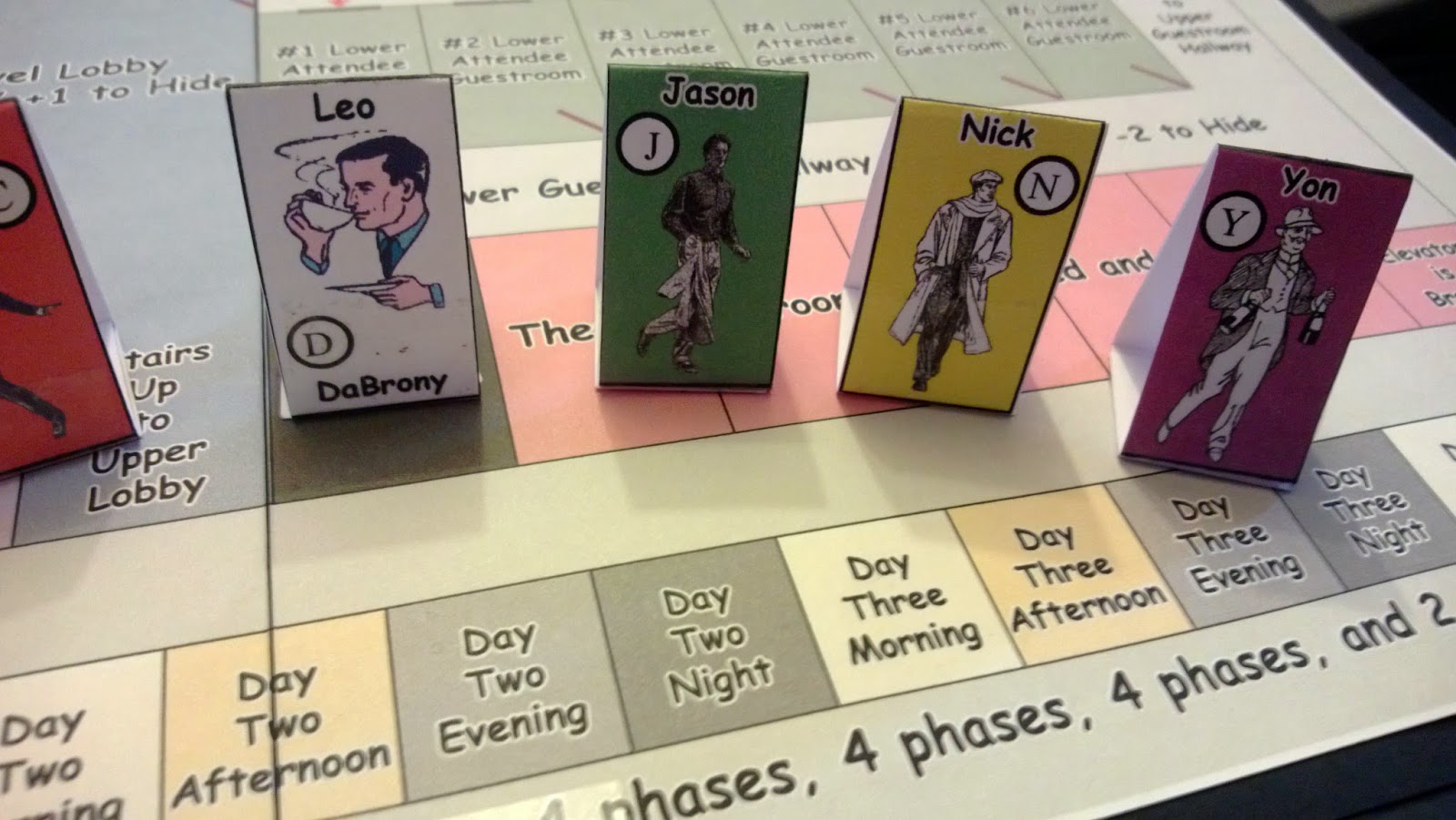 The upper level of the game board, depicting the upper floor of the majestic Lakeland Lodge, is reminiscent of a time gone by 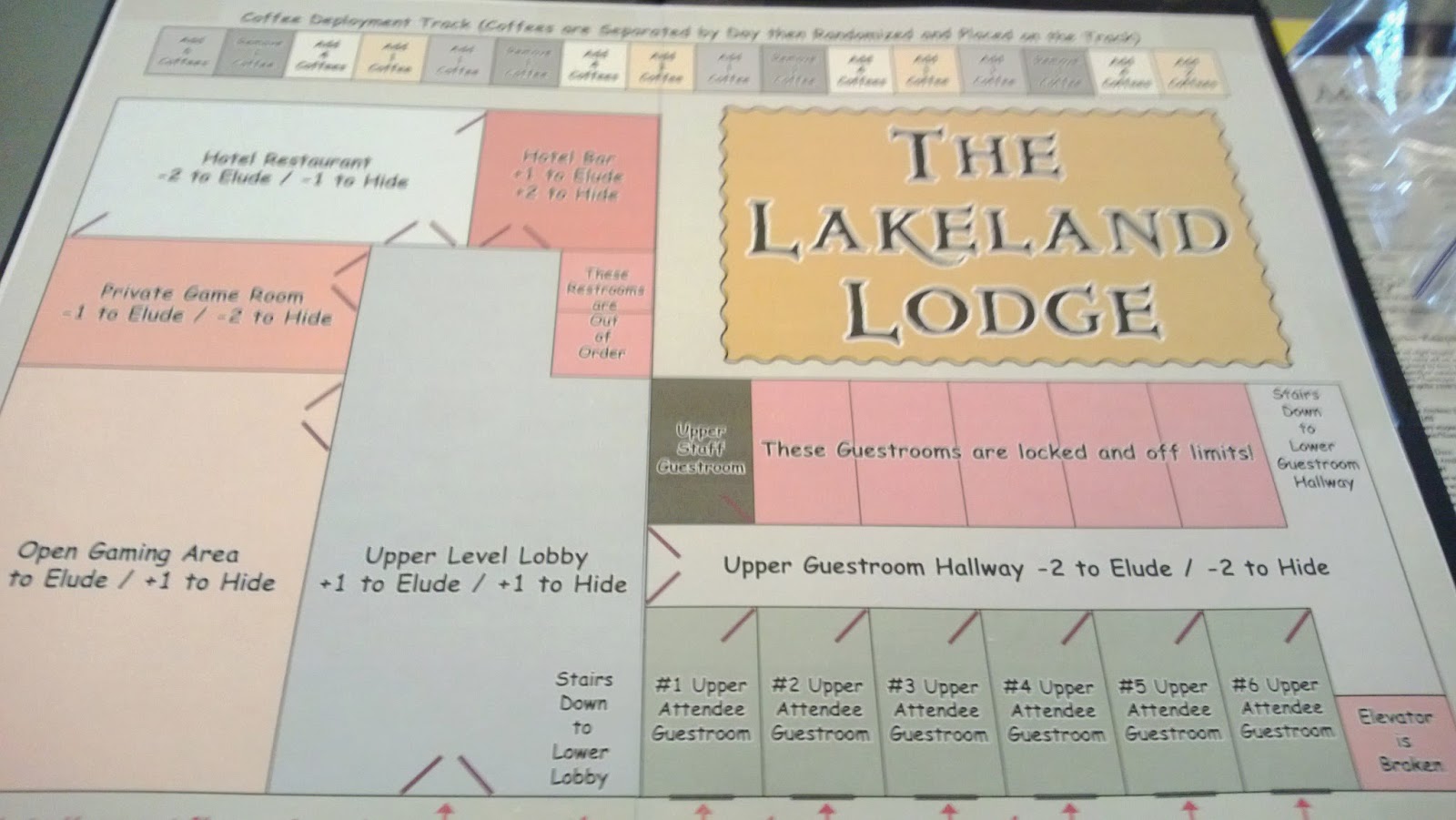 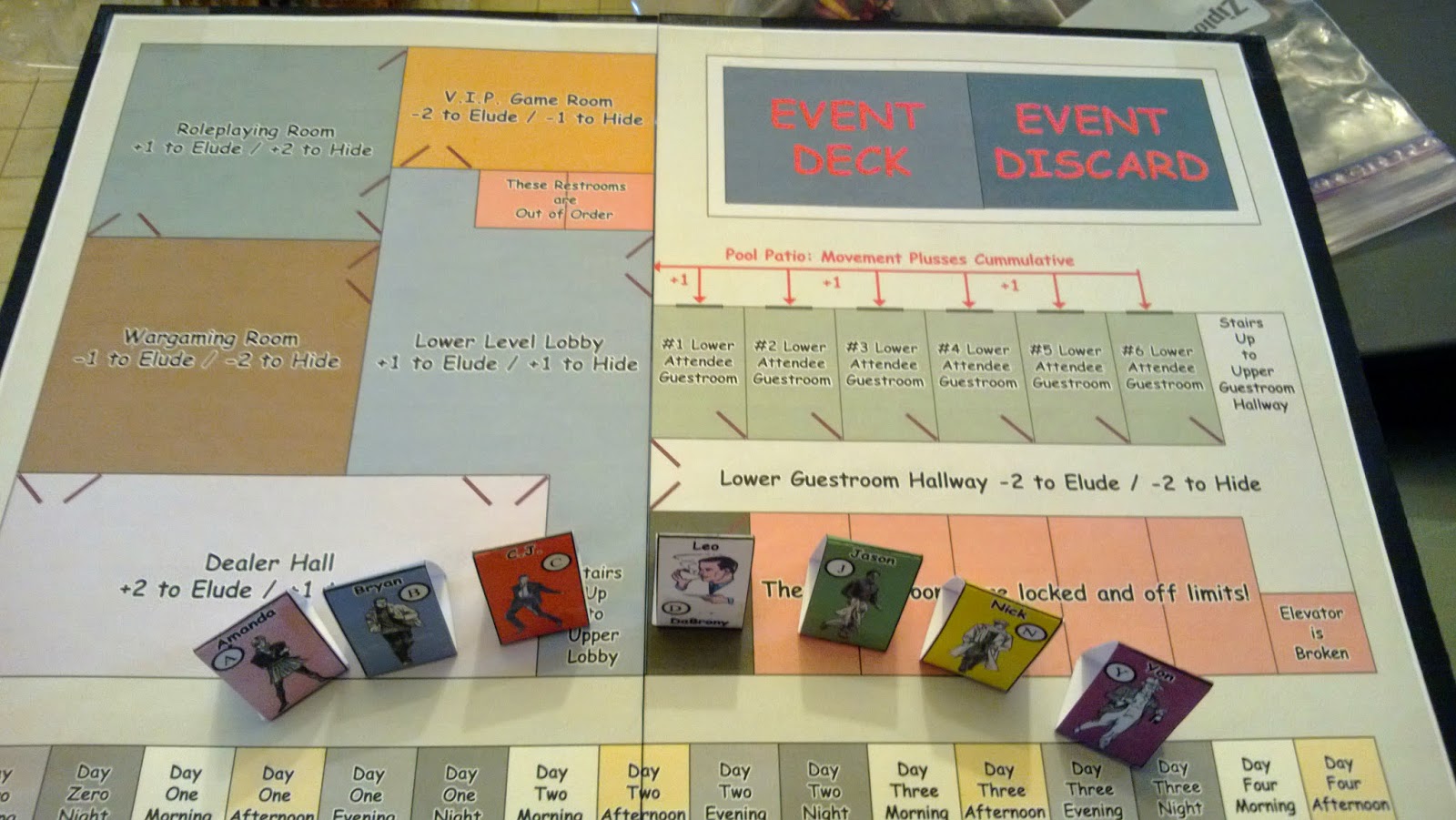 I think the character cards can be simplified further 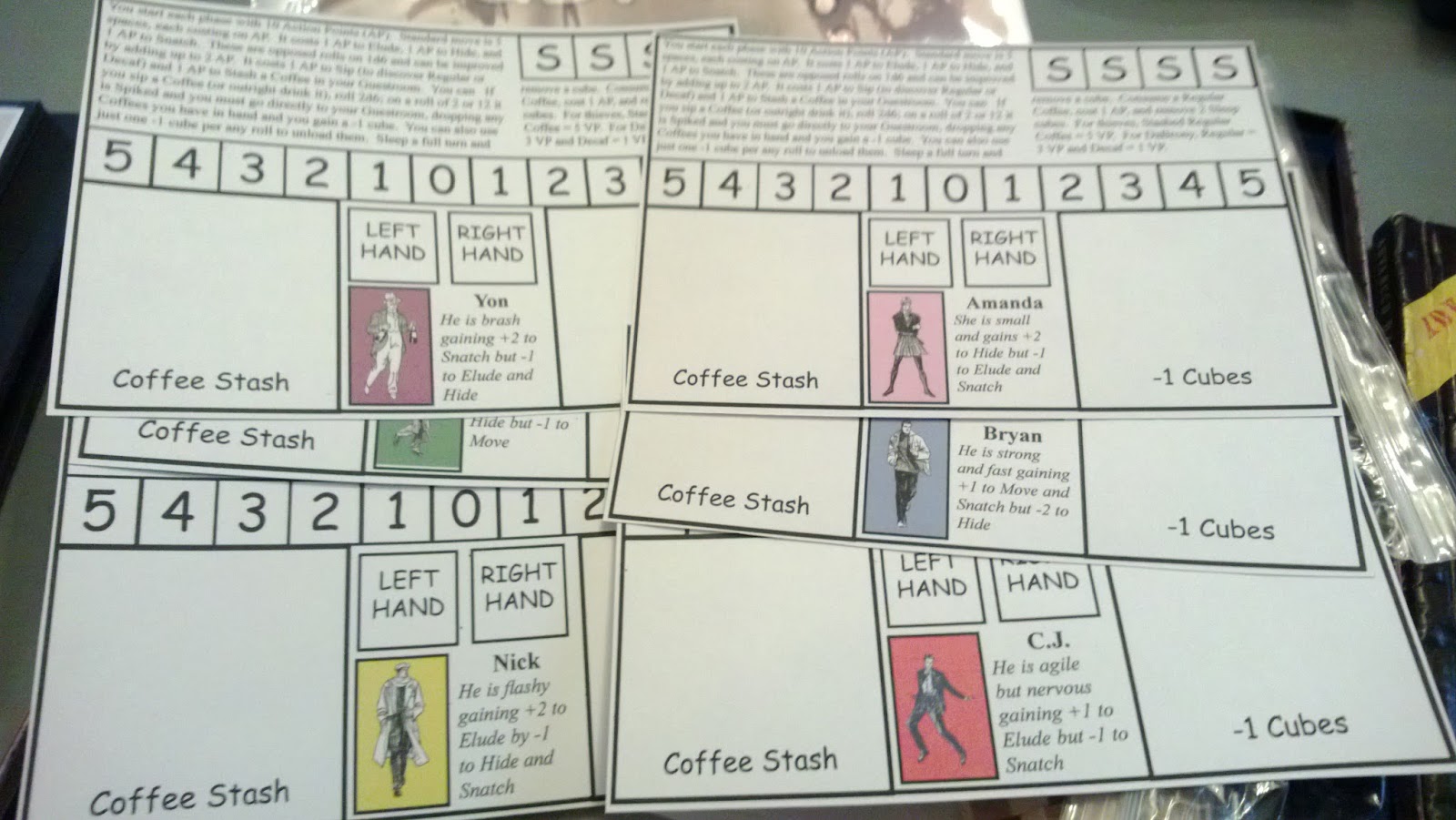 I like how the advanced game adds additional abilities 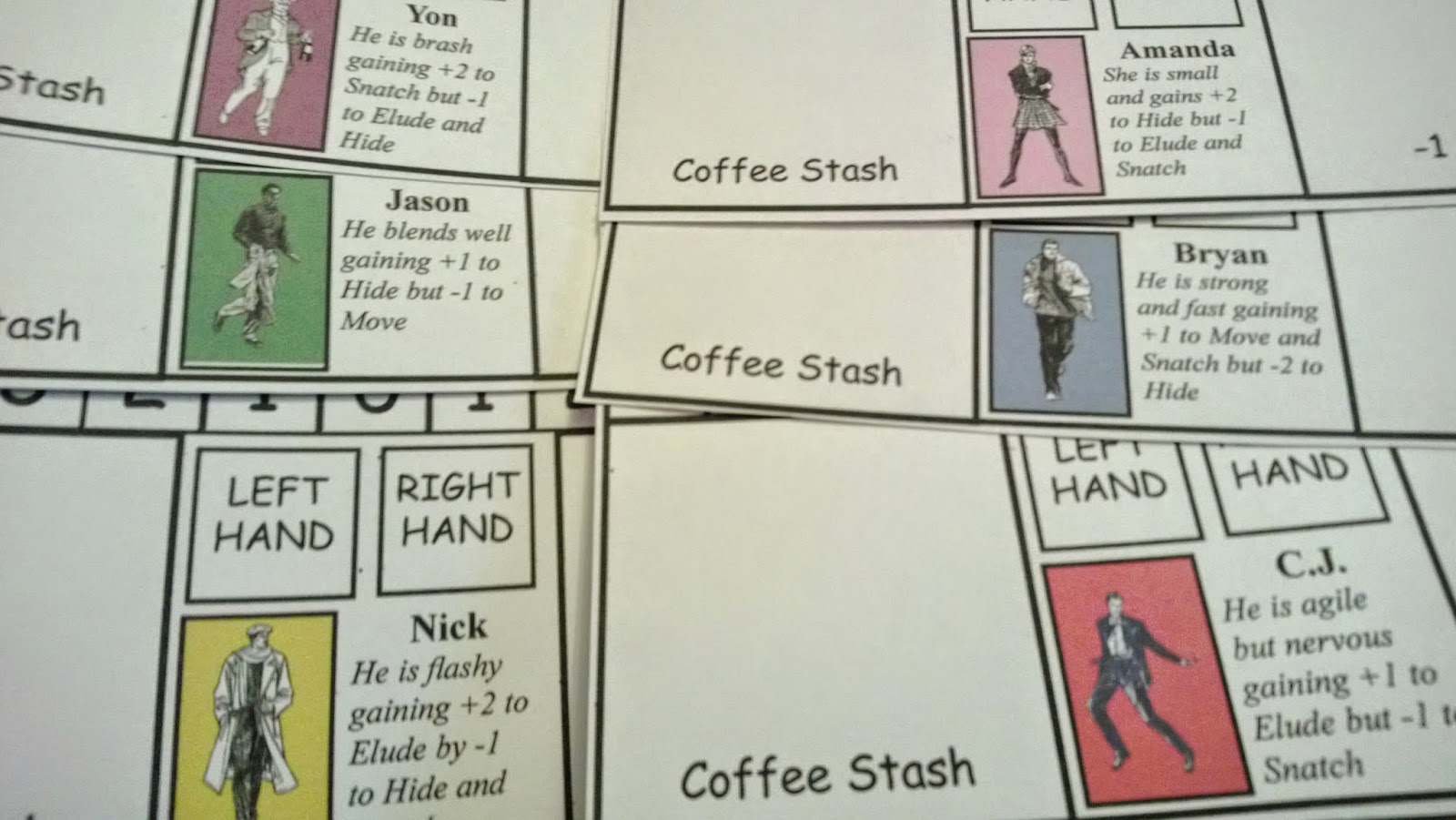