It's no secret that Ernie Gygax and the mega-dungeon guru, Benoist Poire, are diligently working on bringing the Hobby Shop Dungeon and surrounding setting from days of yore into a publishable state for fans of gaming everywhere by 2015 under their G.P. Adventures banner.  One of the benefits of being a local gamer is getting to sit in on the playtesting of this fantastic project.  While Ernie does run this at gaming convention like Gamehole Con and Gary Con, two top notch events in Southern Wisconsin, getting to play campaign-style every two weeks has been a huge treat.  Earlier this week, out gang of mid-level PCs dove in again to thwart an evil cleric who had previously knocked us for a loop.  Revenge was sweet!


Ernie consults a tome as the Skypers, including Benoist Poire, look on 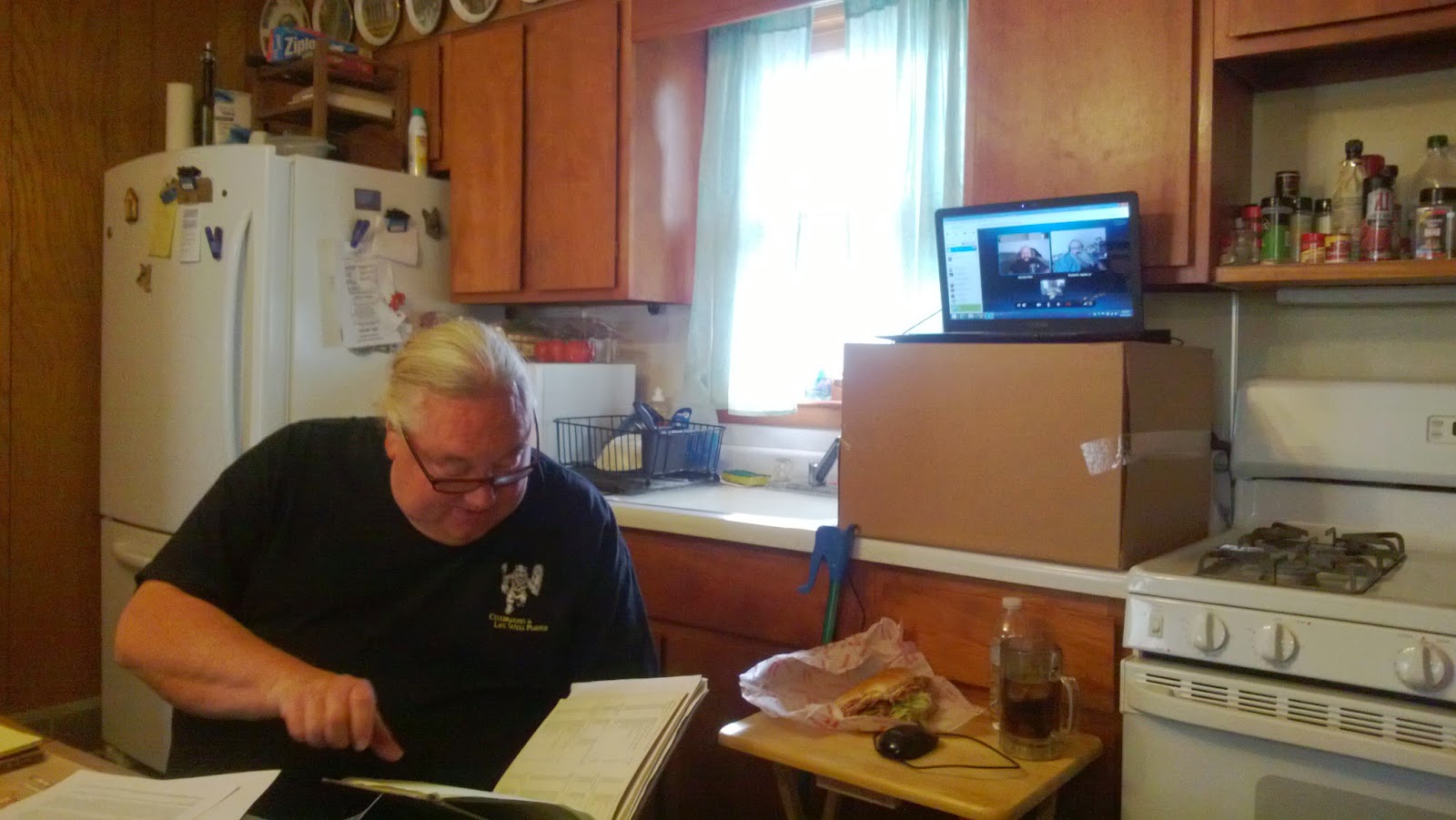 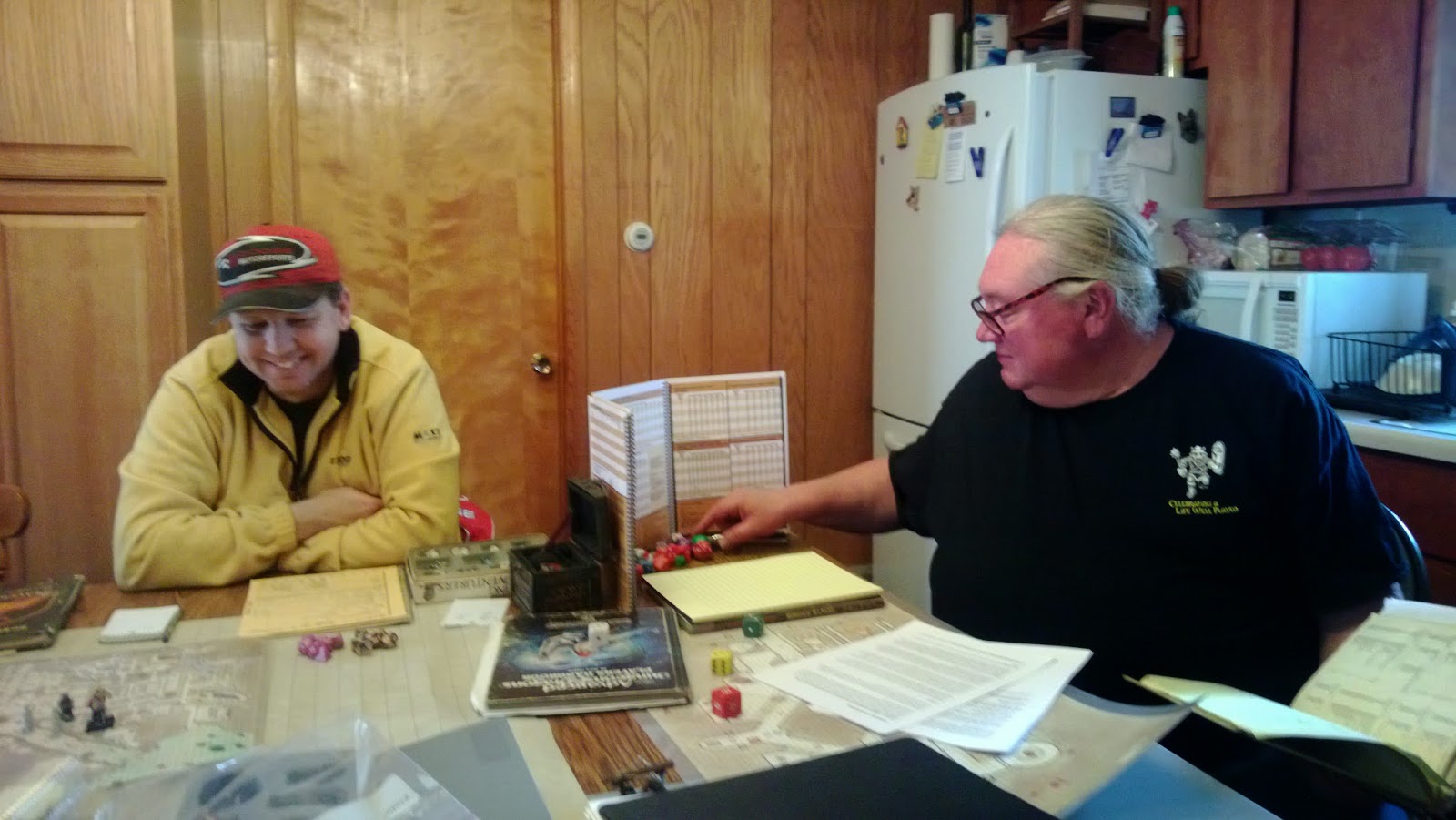 The grinning seems to be infectious 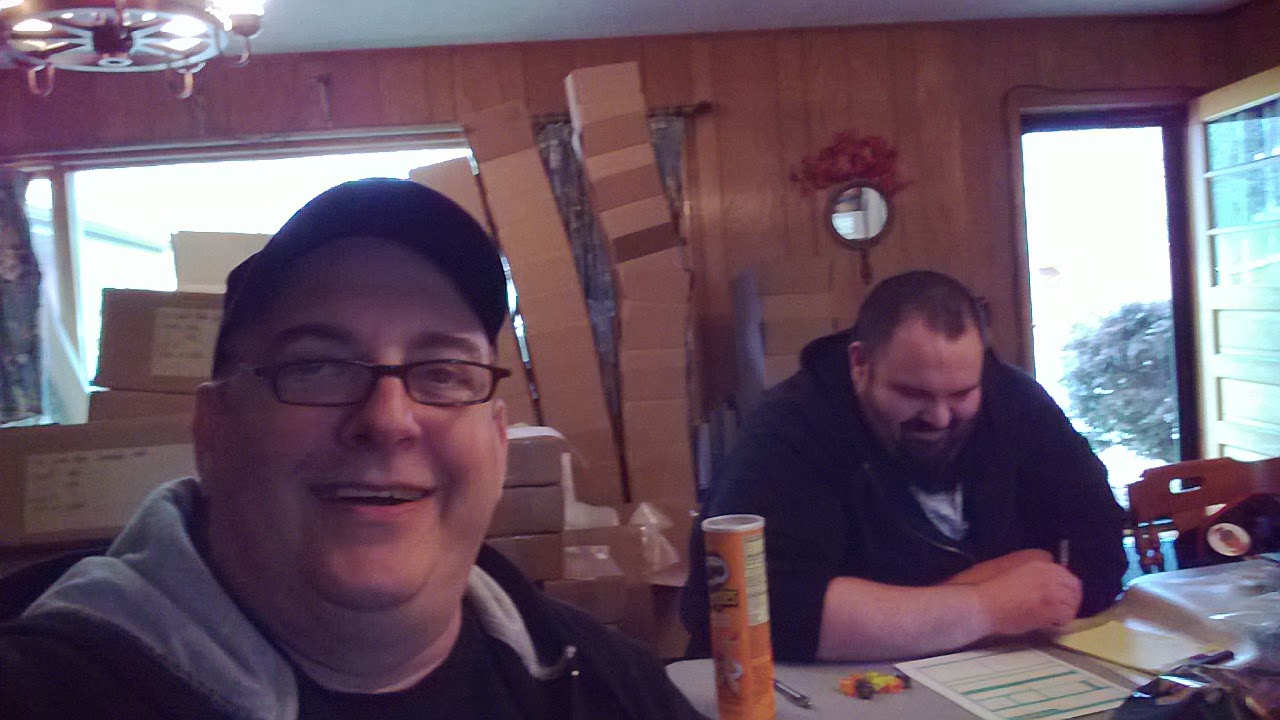 The evil cleric had a lot of undead at his disposal 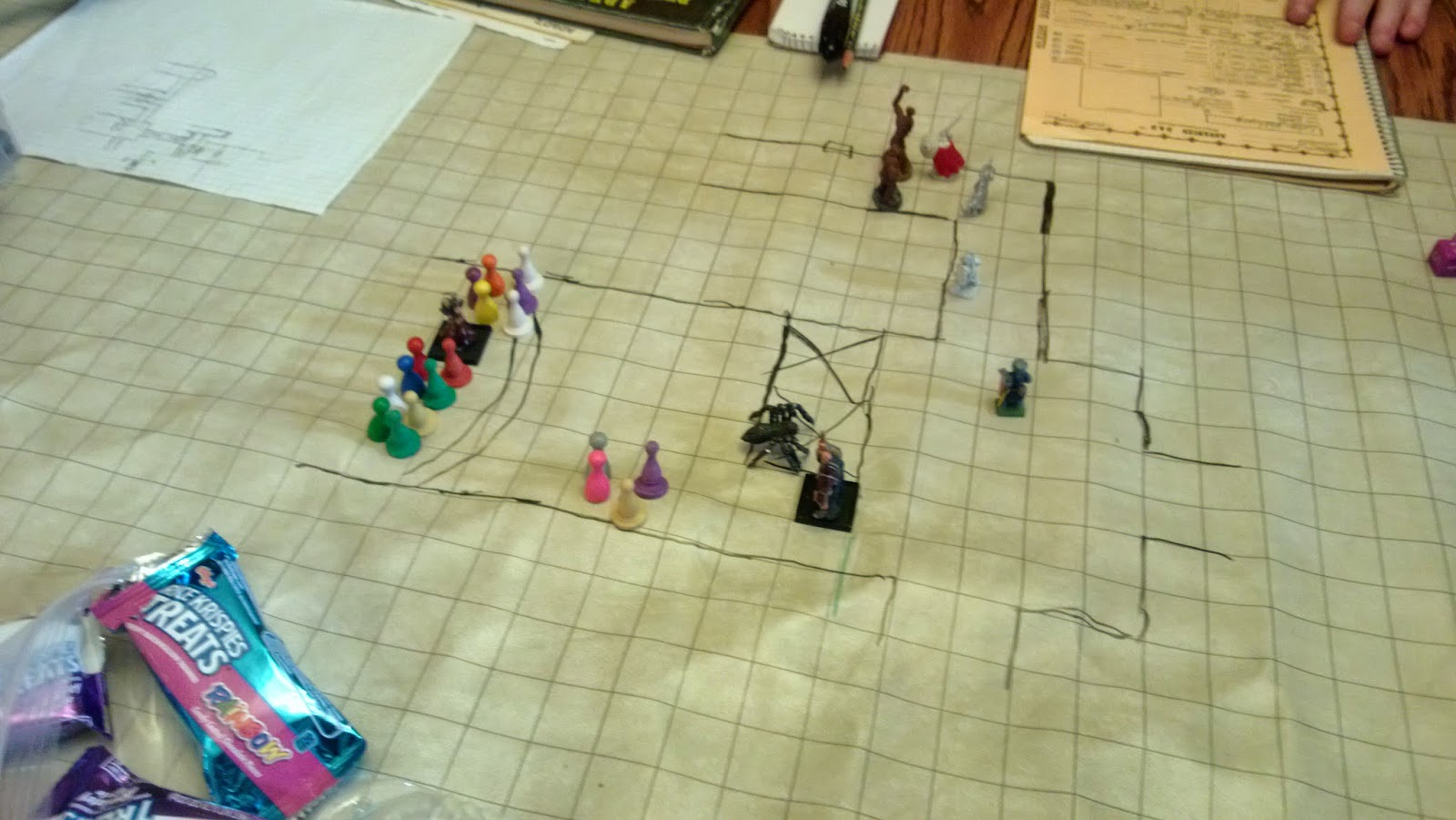 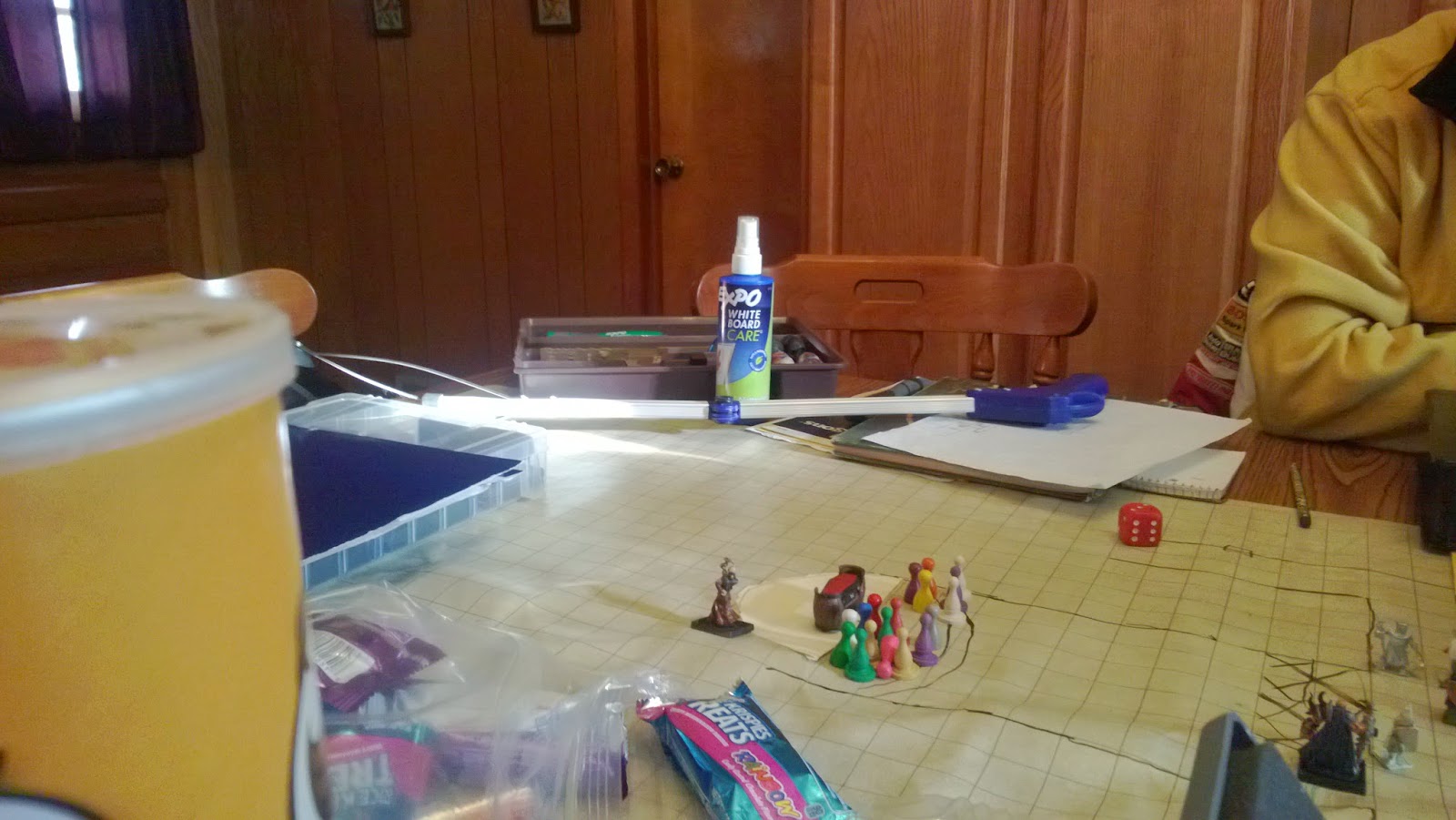 We were attacked from all sides 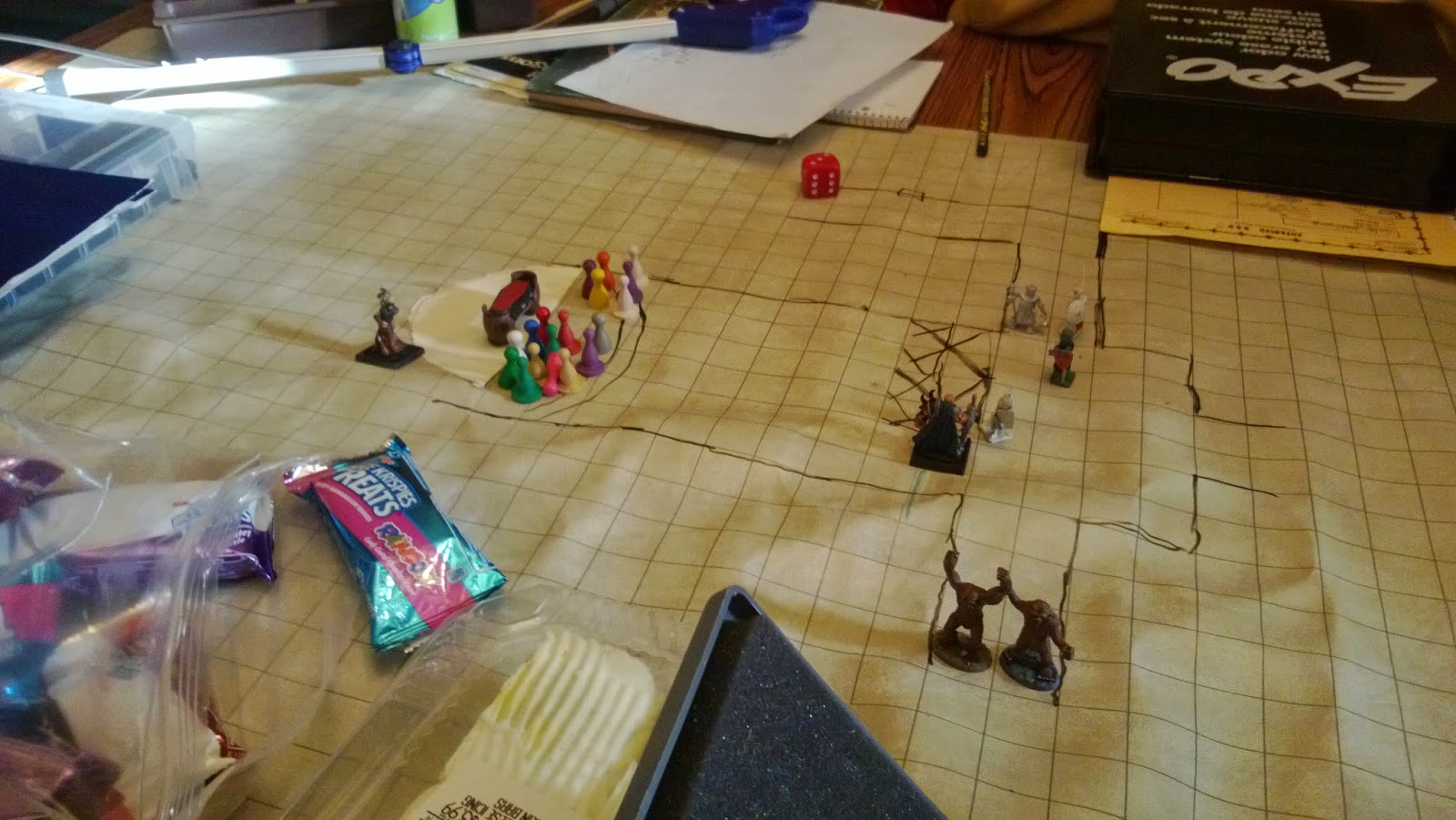 Fortunately, we lived so we can face certain peril yet again!
Posted by Mark CMG Clover at 7:00 AM