We started our Intl TableTop Day a bit early with some Friday gaming at Culver's.  There we played a couple of fast games of Love Letter with the lunchtime crew.  After that, we swept over to Ernie's place to play a game of Le Havre.  Come Saturday, it was off to the Monthly Burlington Gameday, two weeks early since we didn't want it to fall on Easter weekend and figured one more week forward to fall on this gaming holiday just made sense.


To warm up for Intl TableTop Day 2014, we opted to play a game of Le Havre 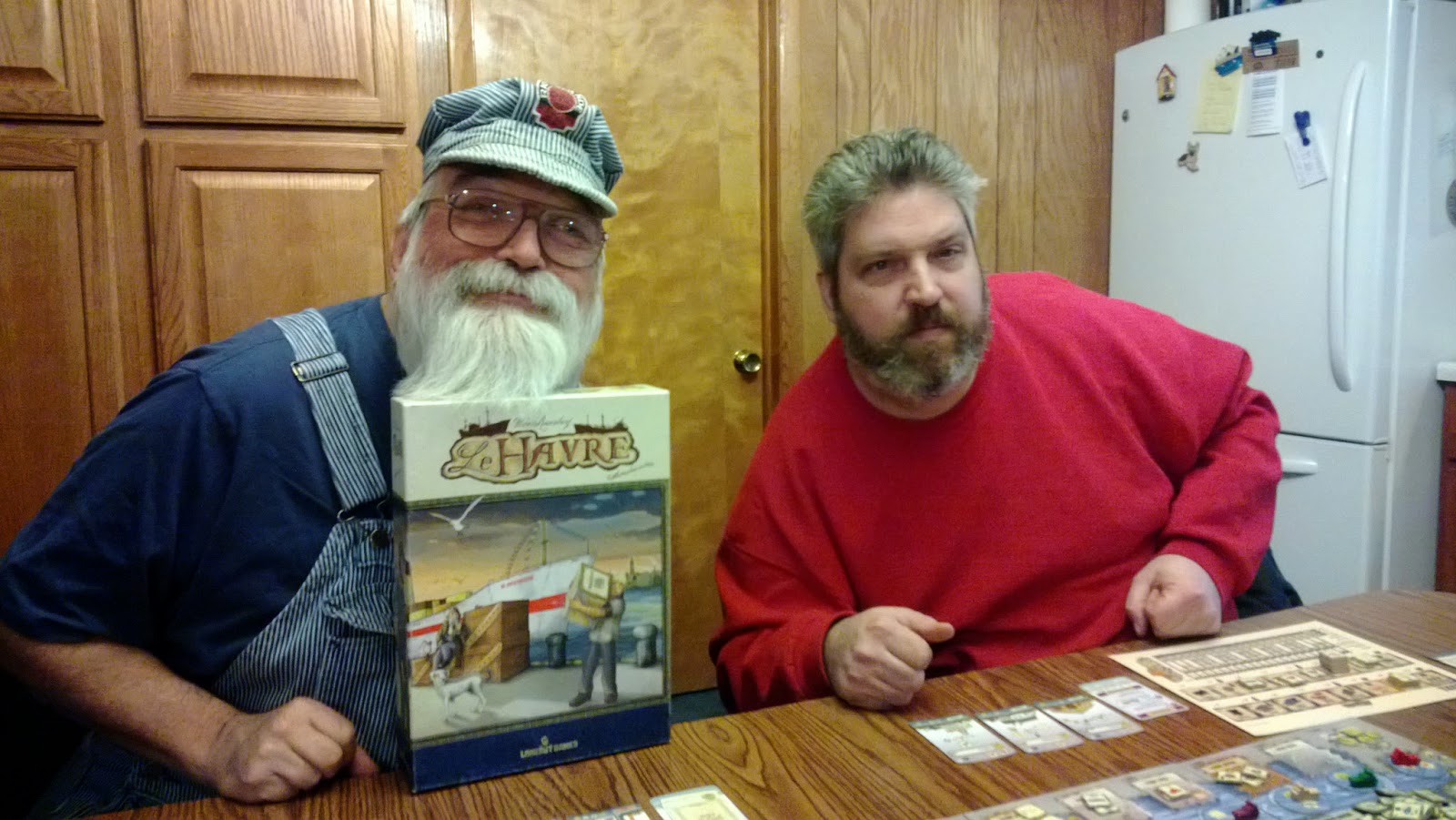 Ernie was pleased we could come by to play 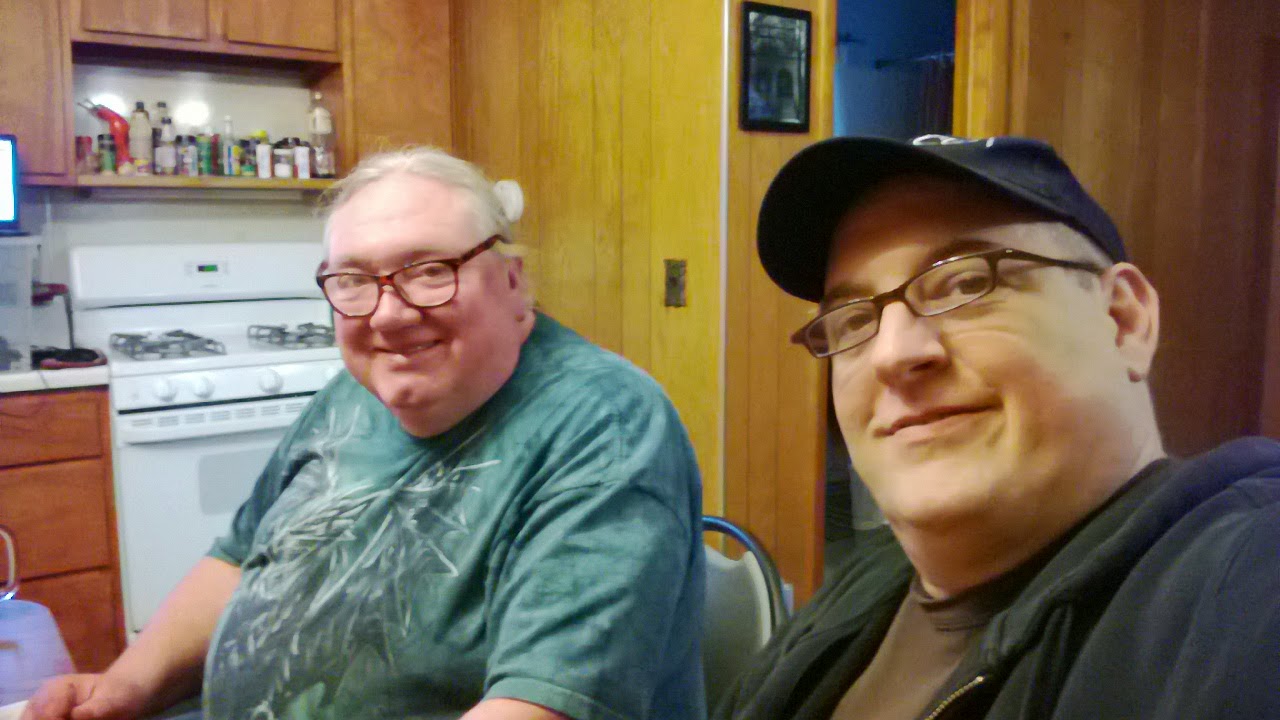 On Saturday at the Burlington Gameday, the first game played was good old Dungeon 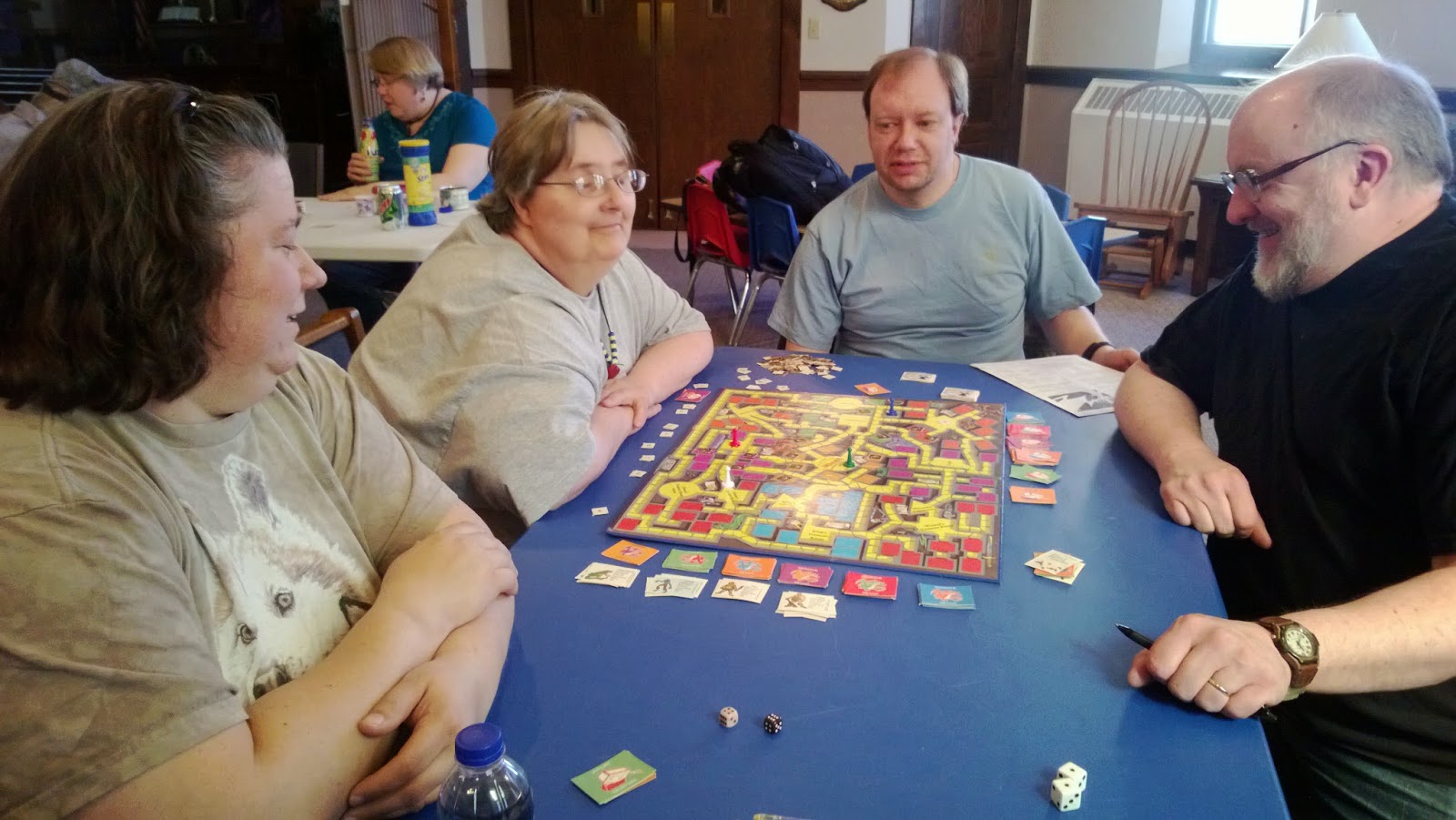 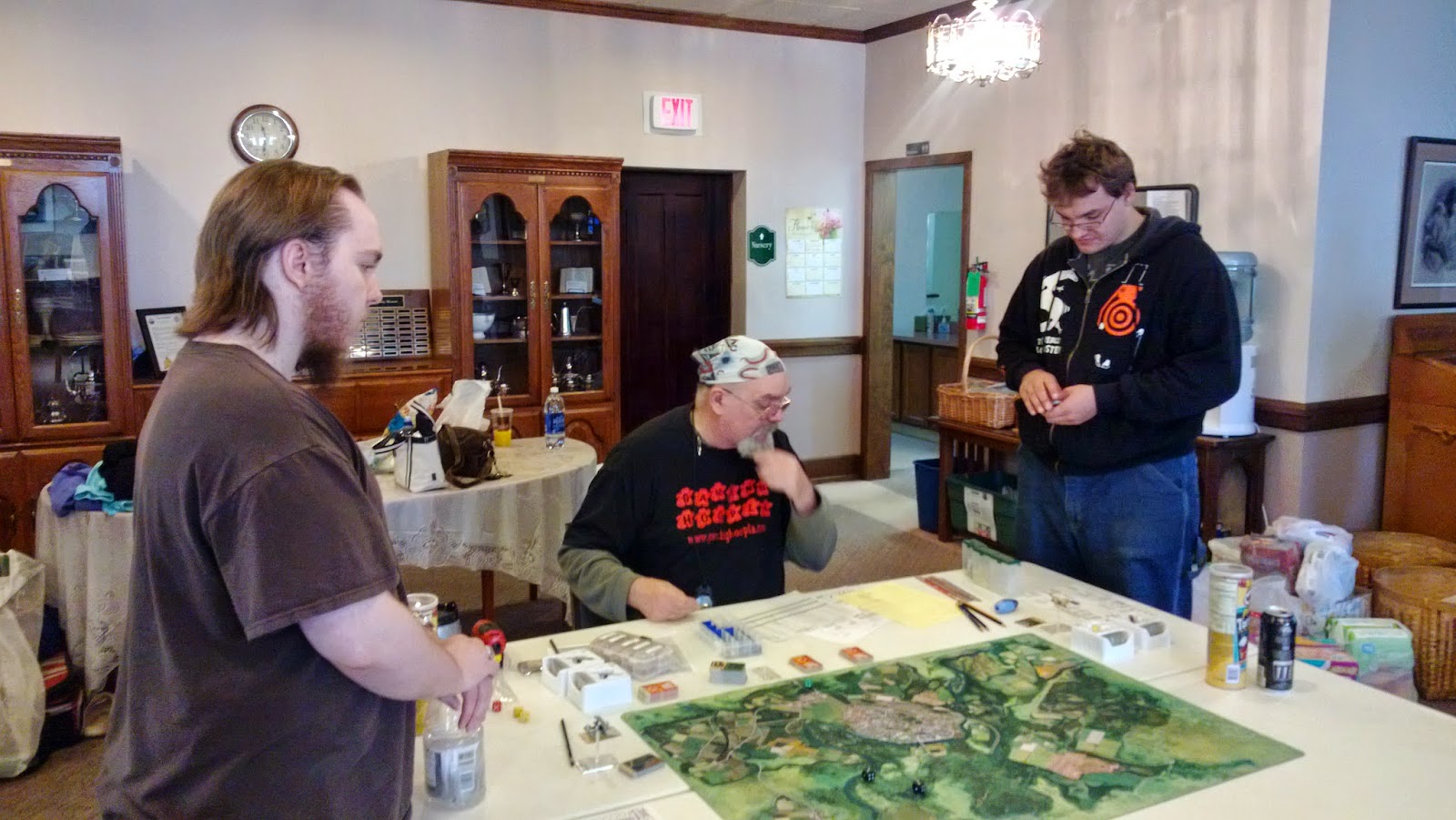 Later, a game of Francis Drake was played 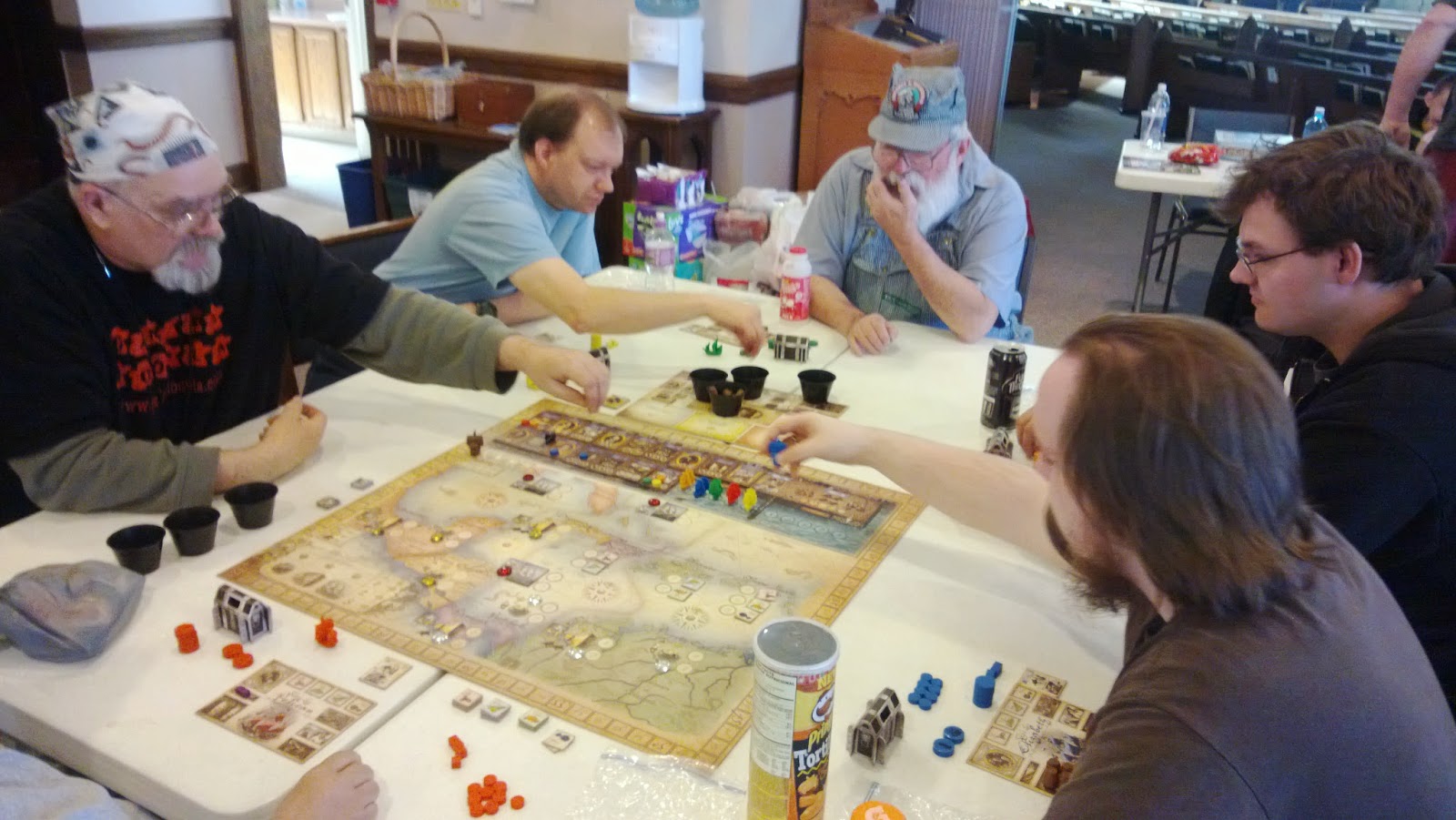 Someone photobombed the board closeup! 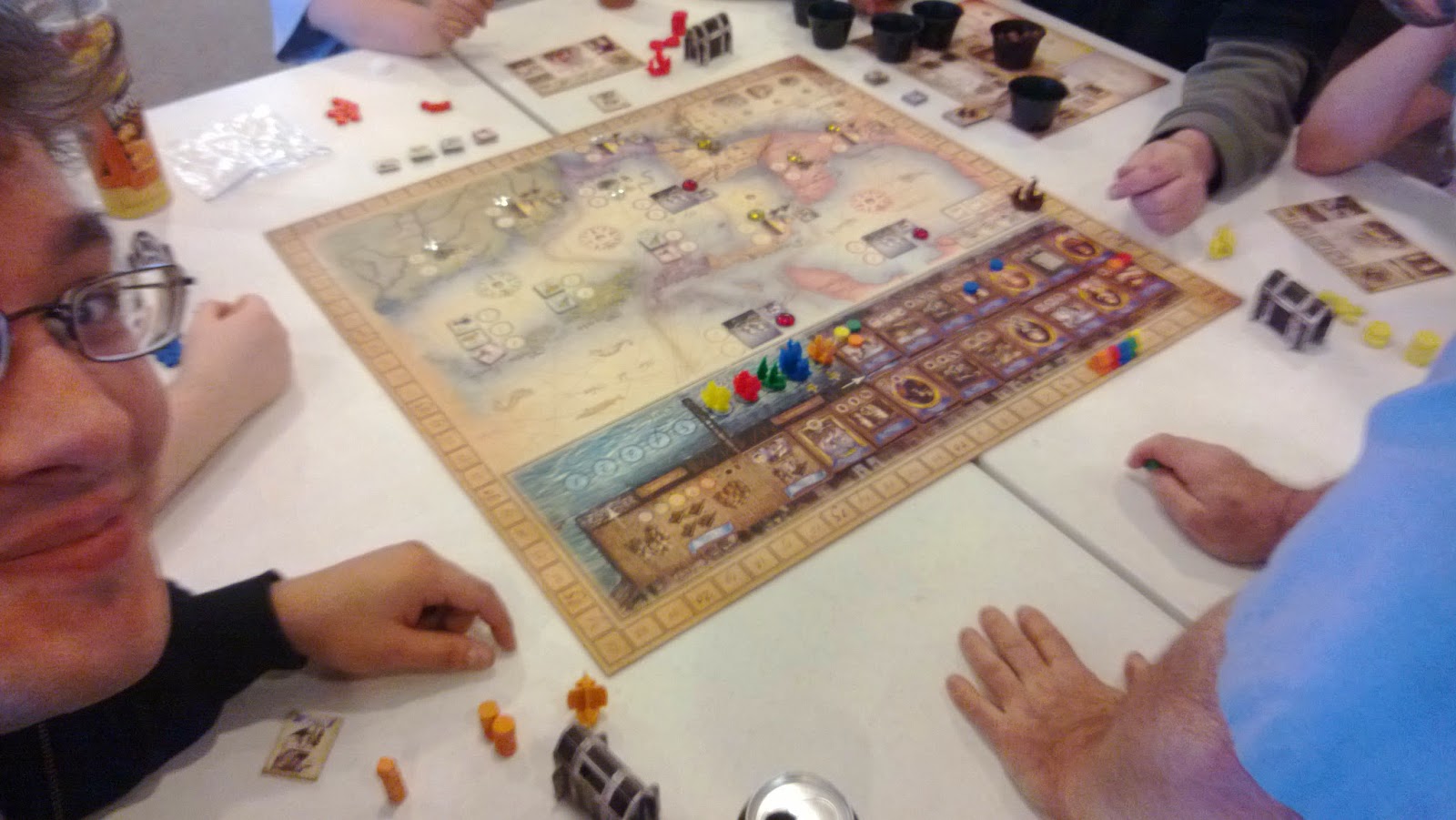 Perhaps the highlight for me was playing Search for the Emperor's Treasure, originally published in Dragon as designed by Tom Wham then sold later with other Dragon Mag games 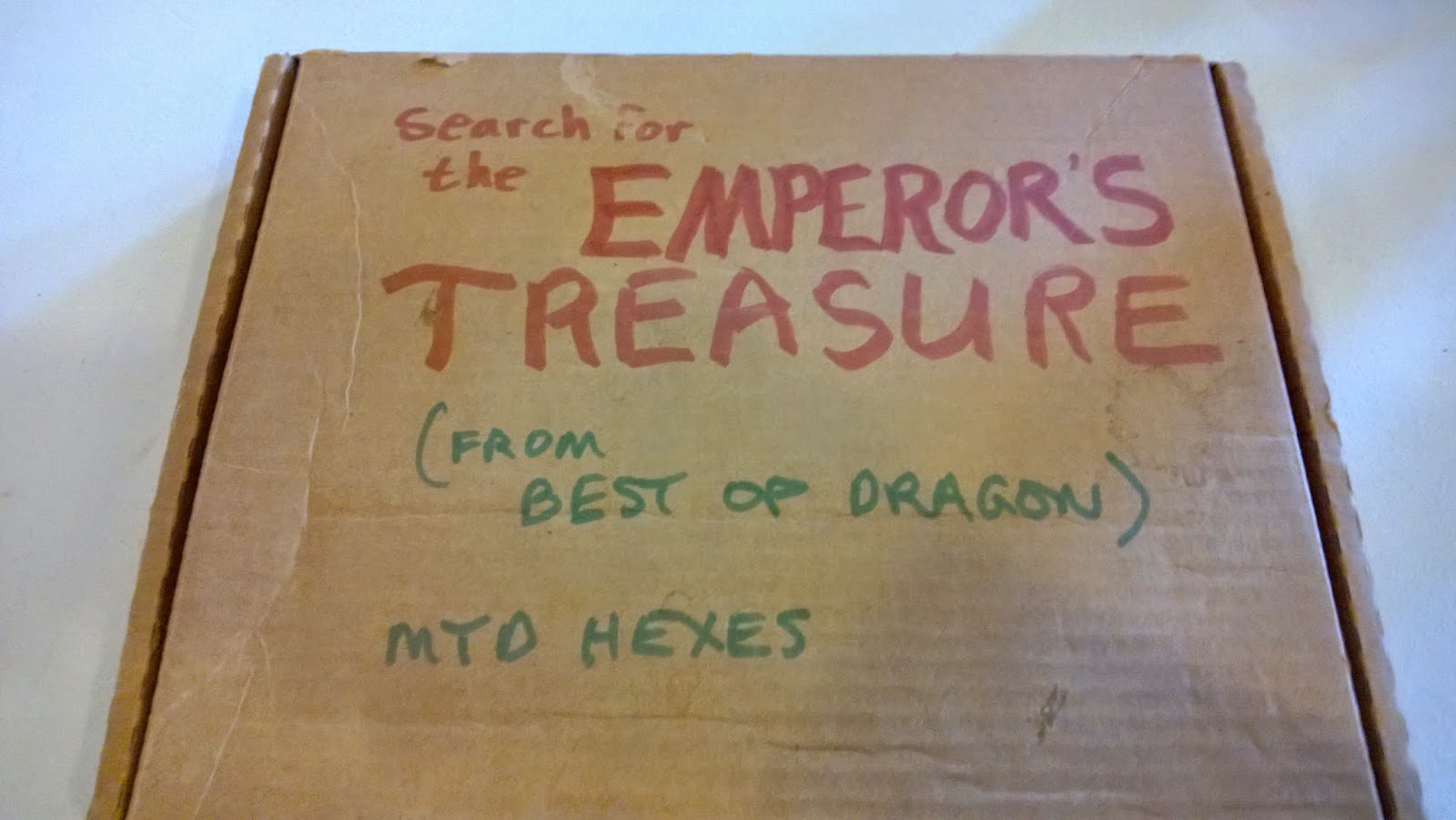 Quite a nice logo and font 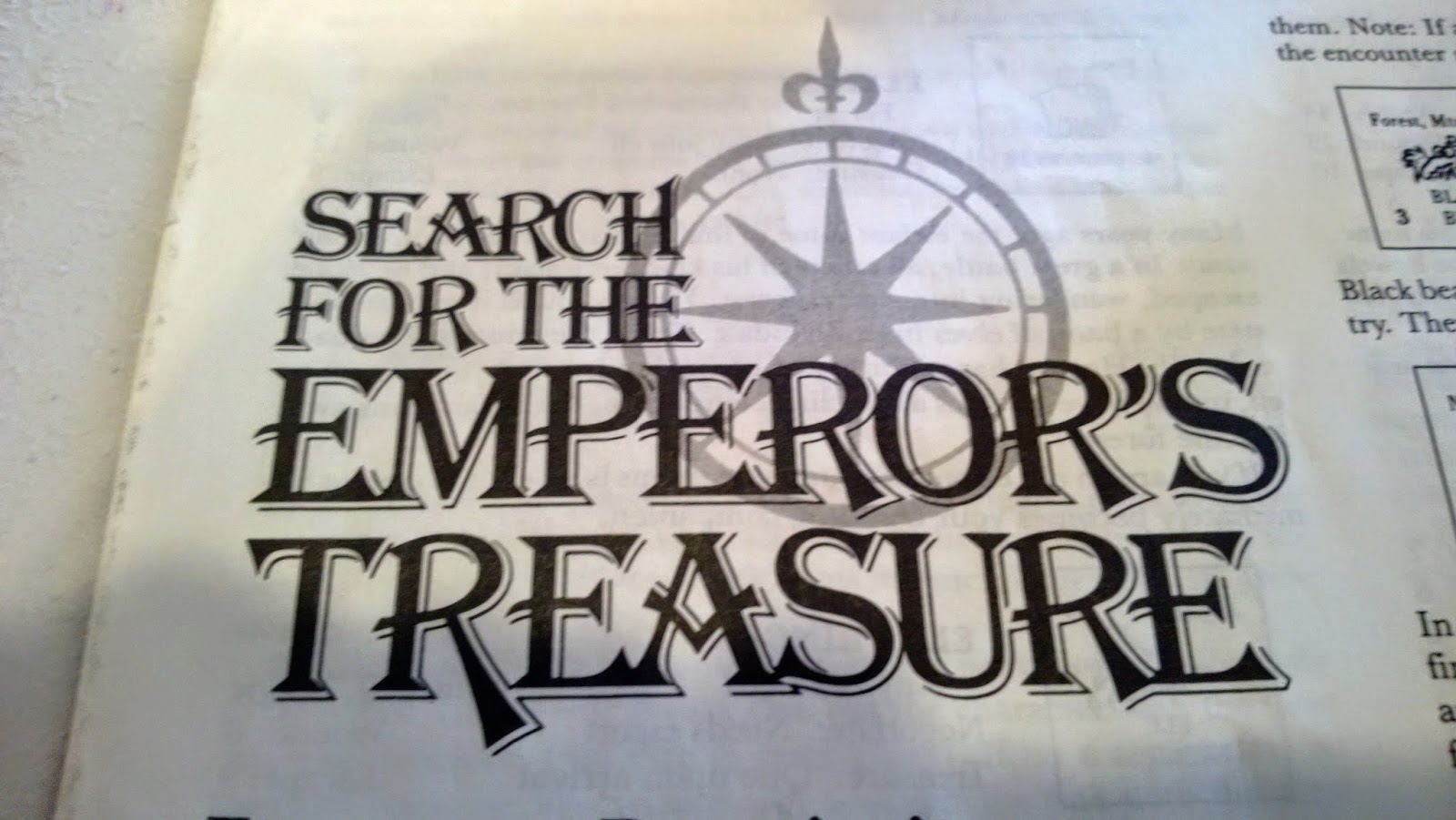 The rules were in good condition 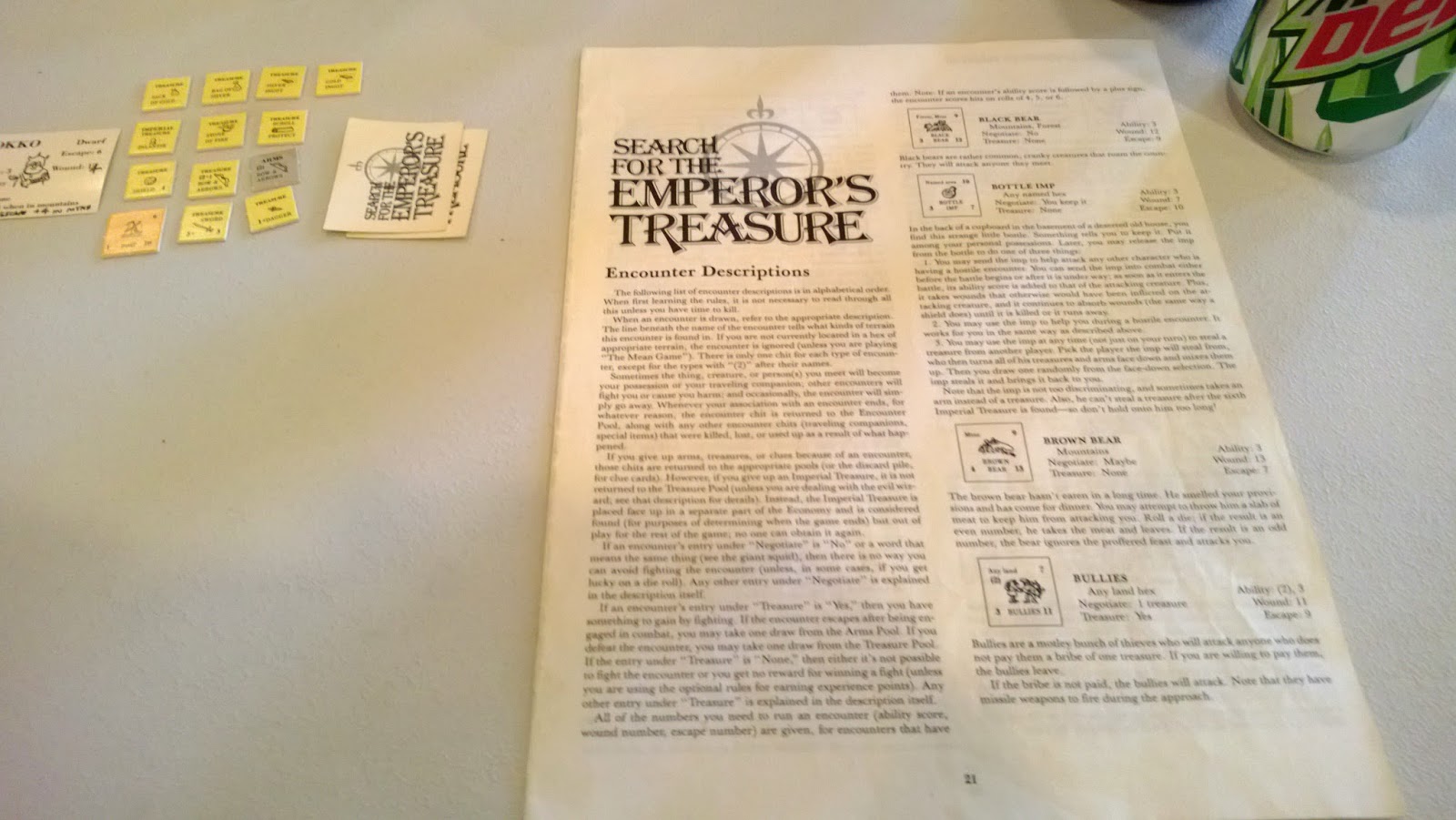 As was the encounter booklet 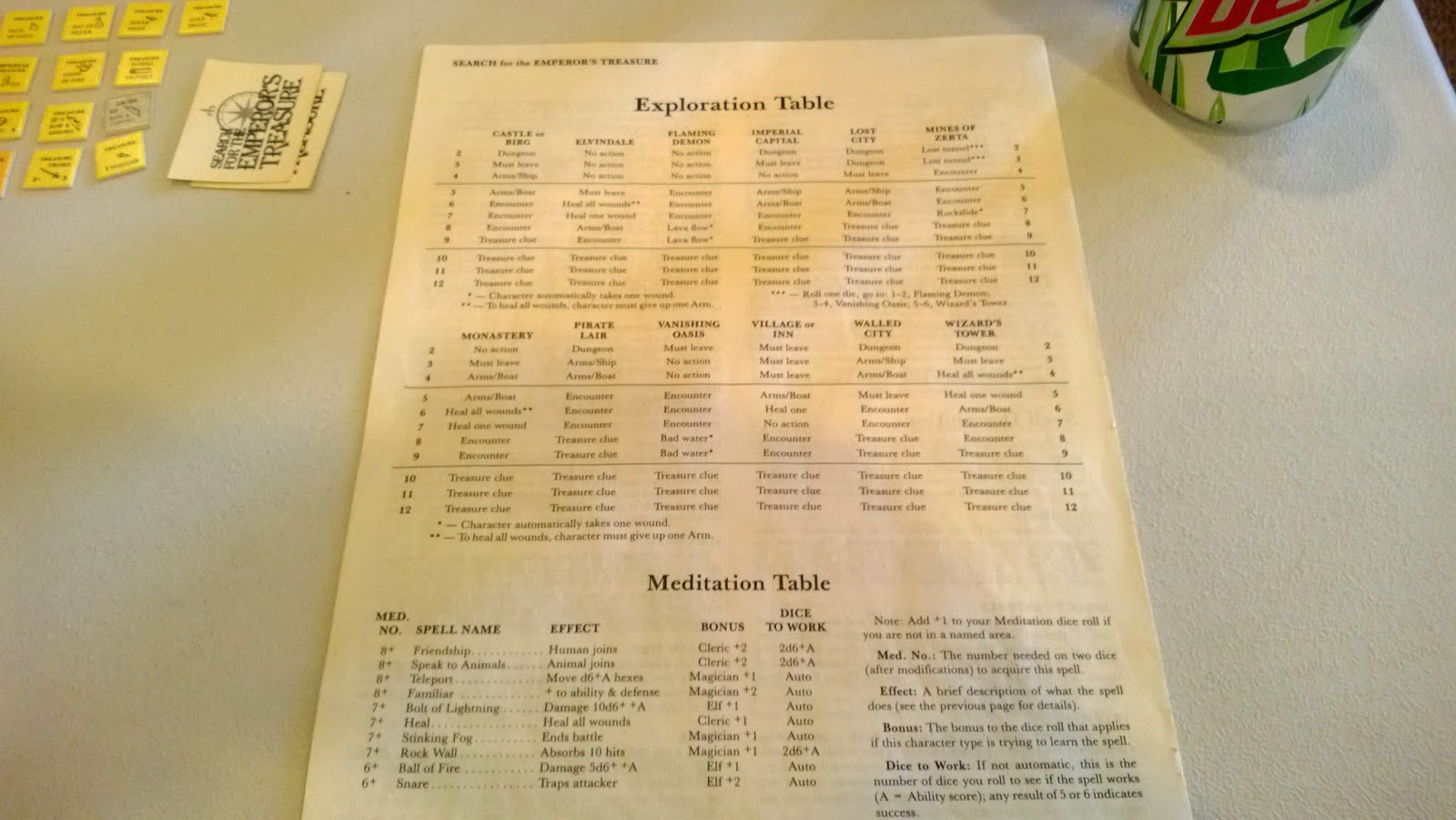 This one was modified by Tom with ramdomized map hexes 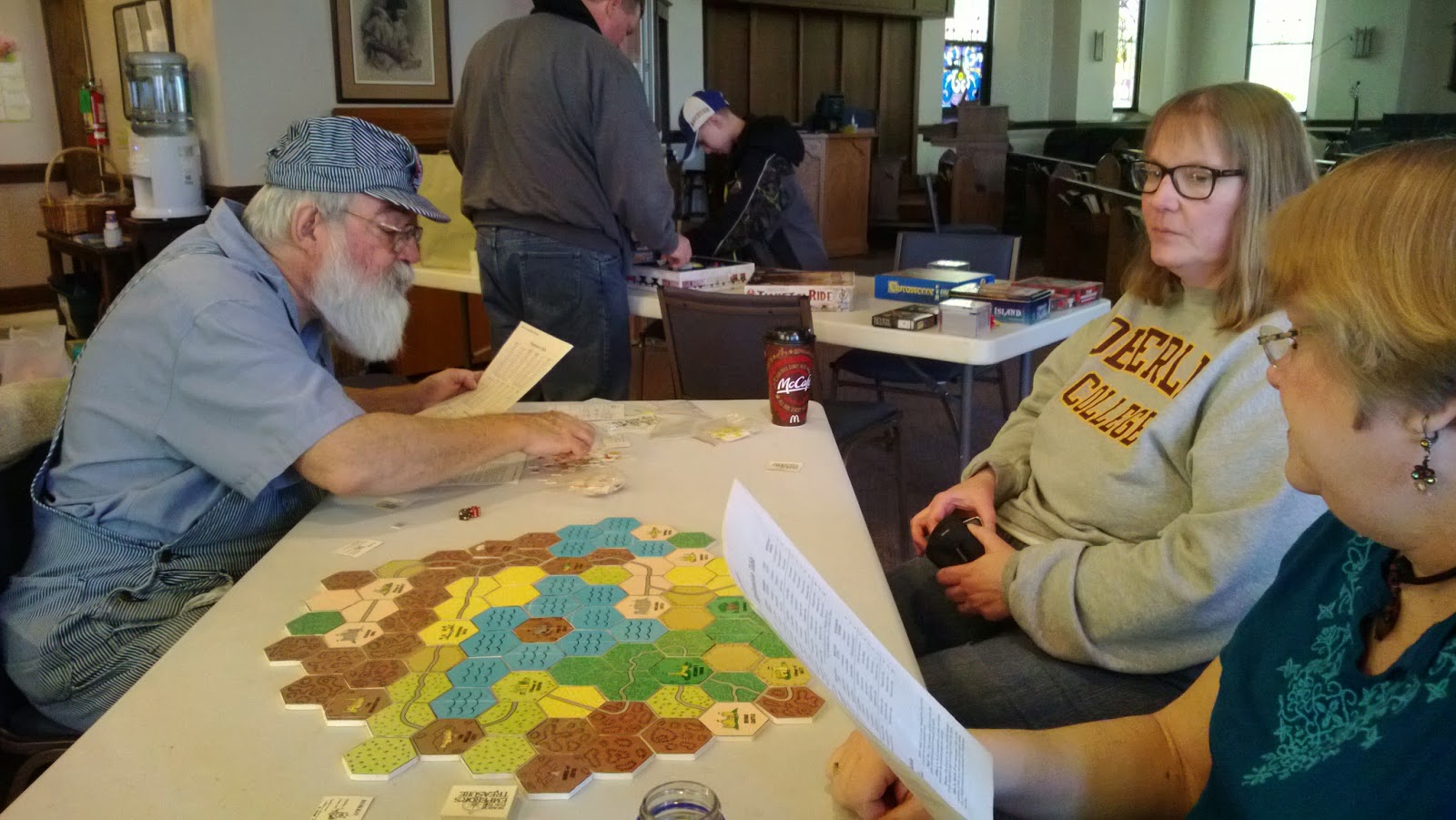 Which we took turns placing 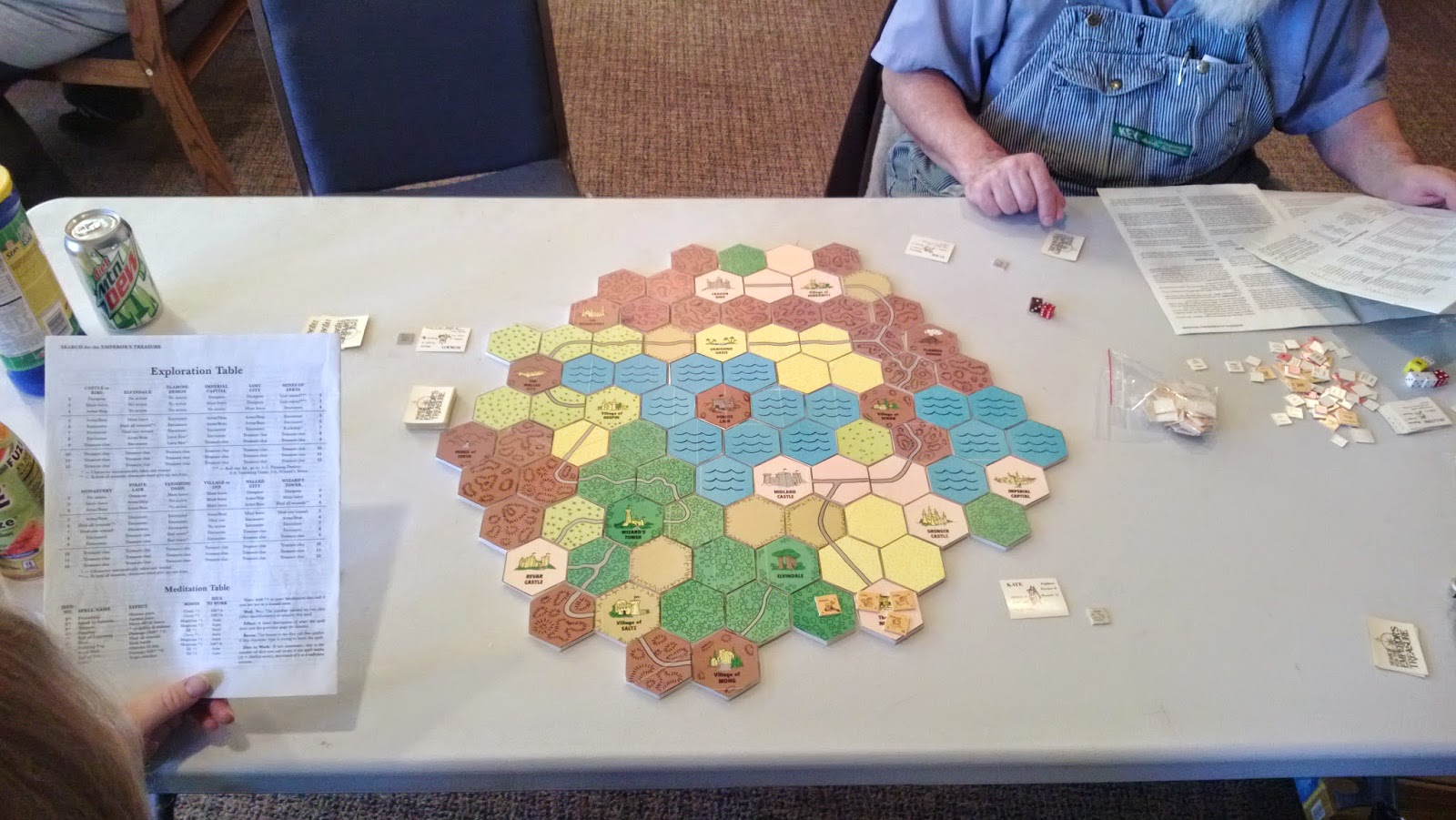 There was a handy hex legend 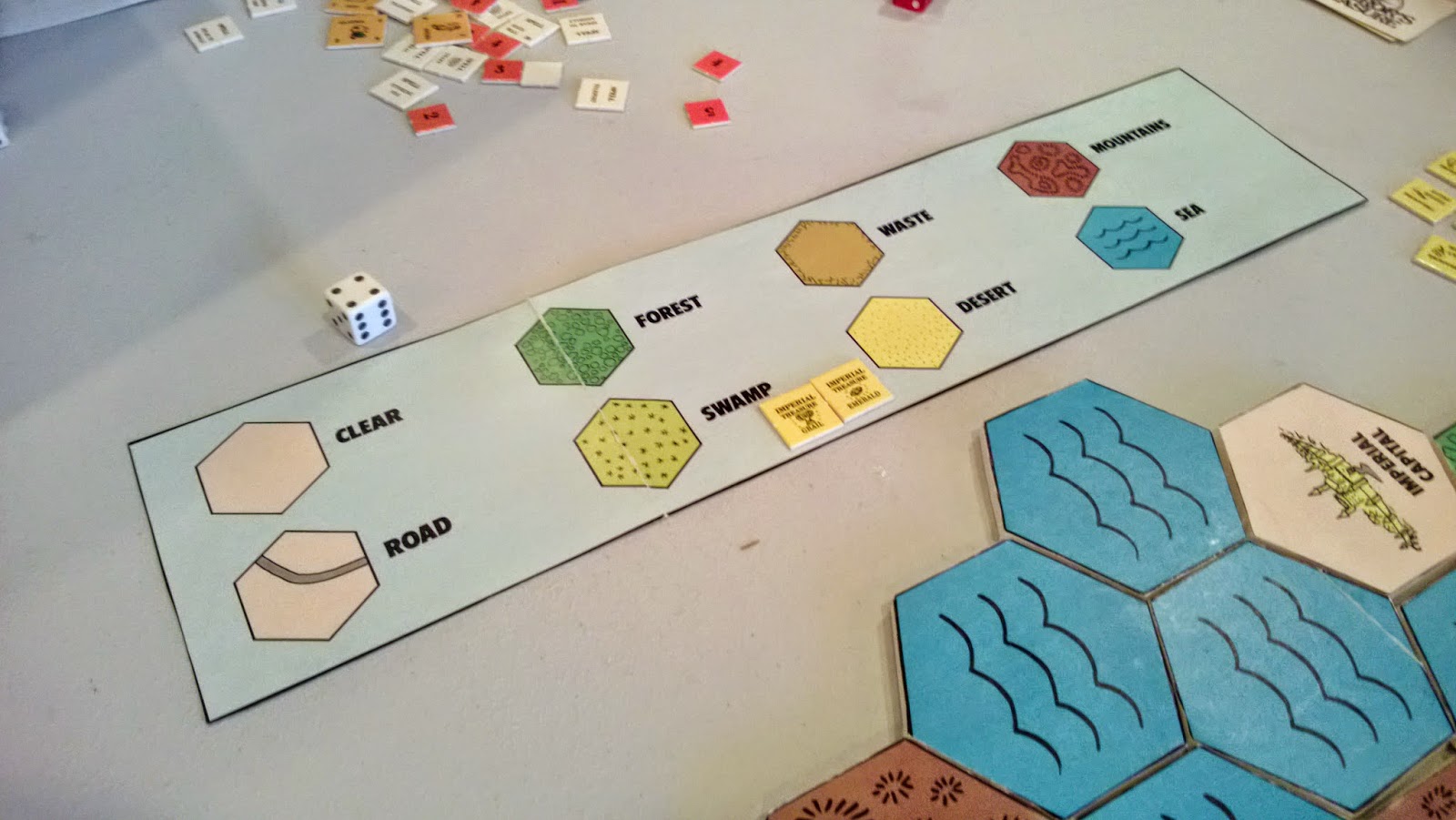 And it all featured Tom Wham characters 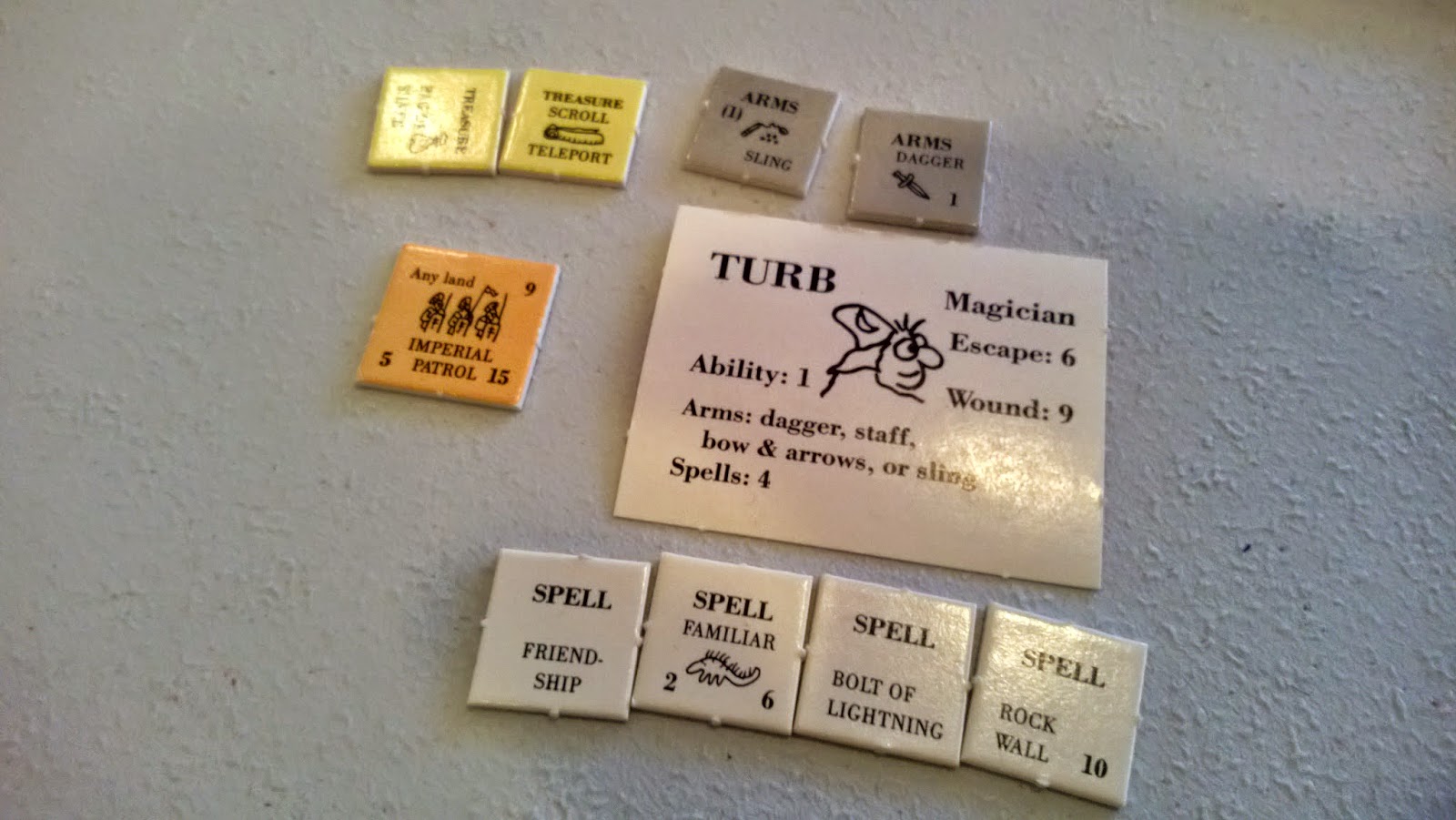 Some were modified further at some stage 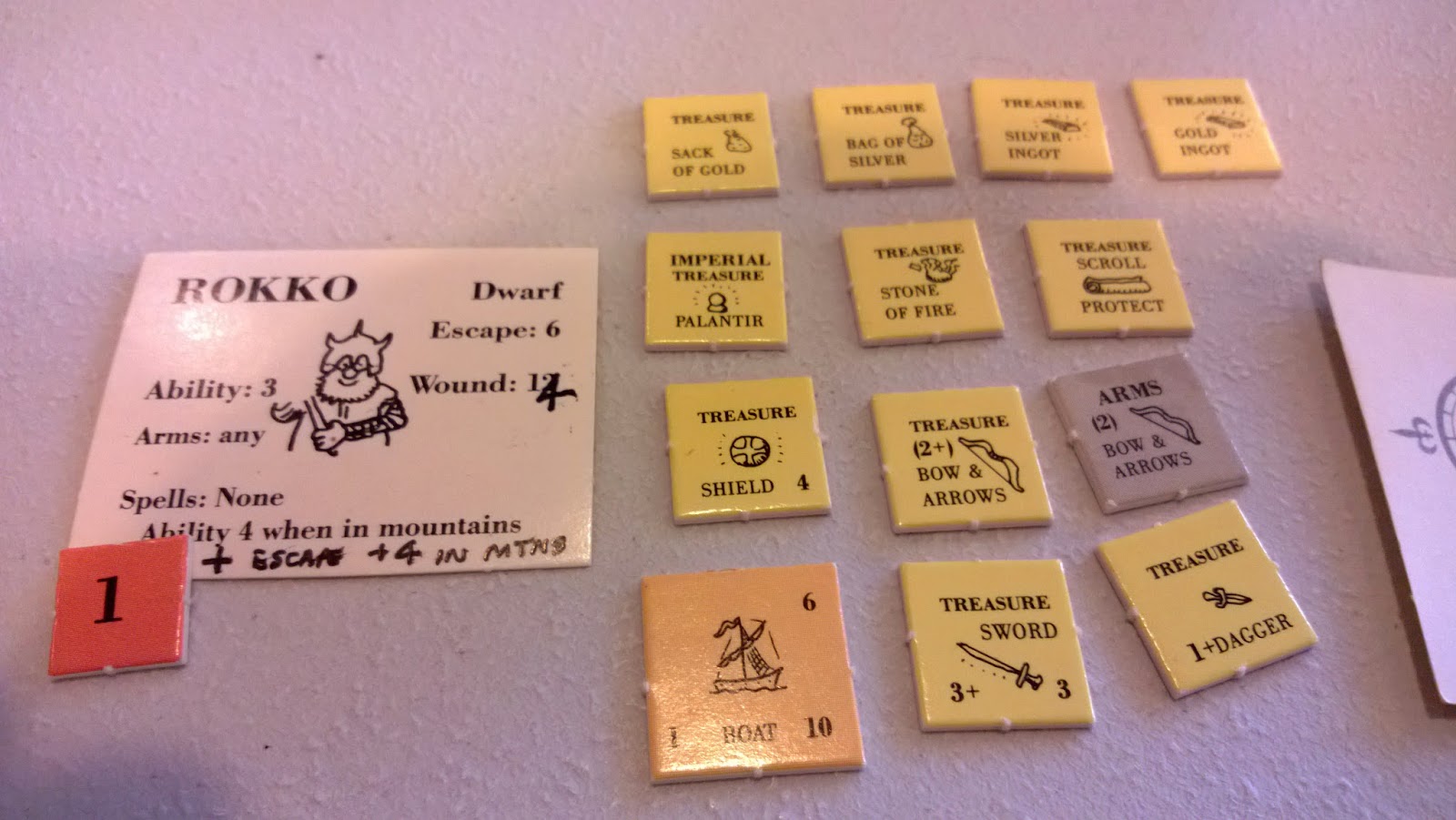 It was a busy and fun event 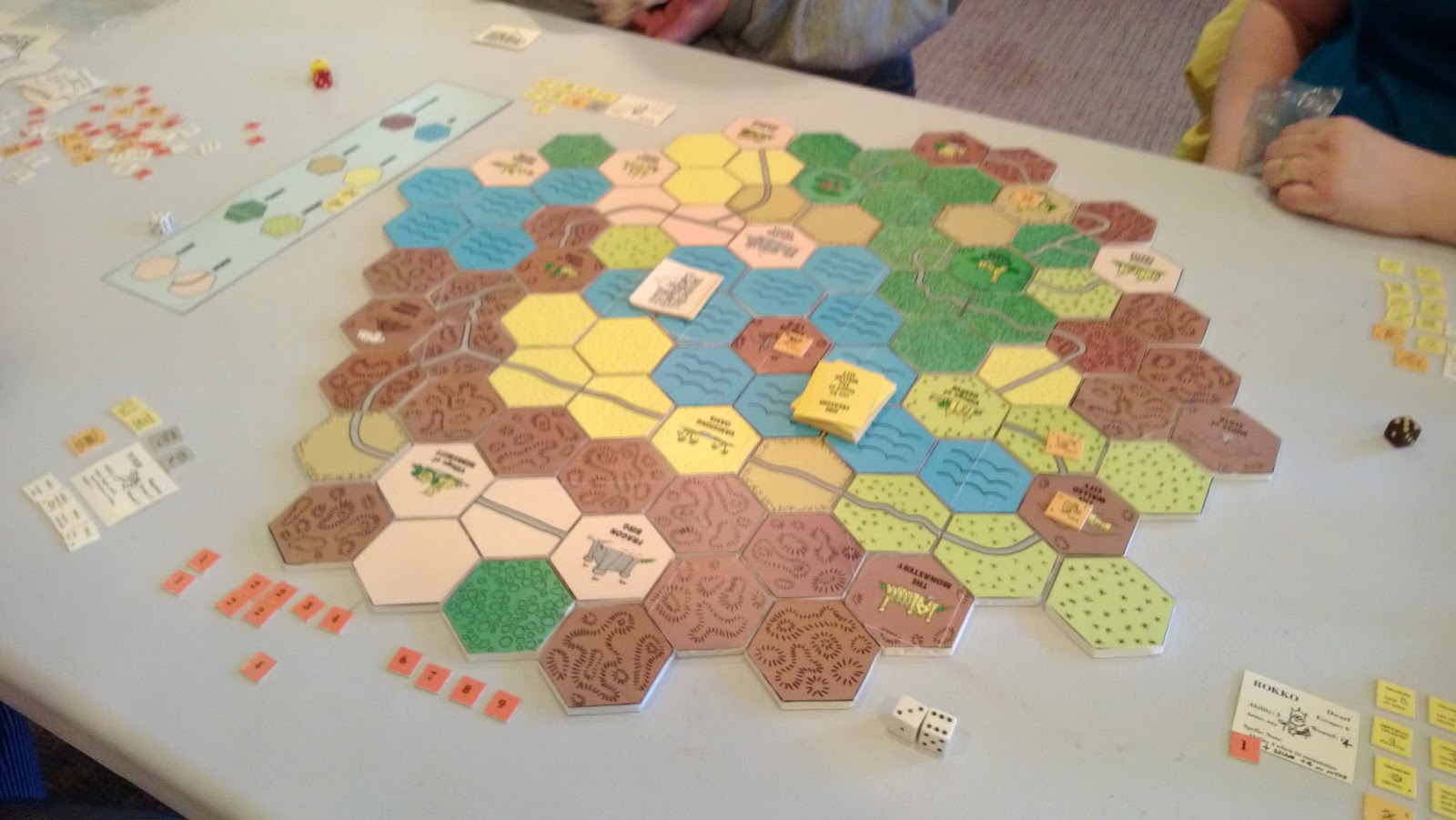