After playing another game of Le Havre (2008) yesterday, I did a quick look through my website and couldn't find an instance where I wrote up anything about the game before.  I had been sure I had done so but apparently not.  Anyway, it's time to fix that. 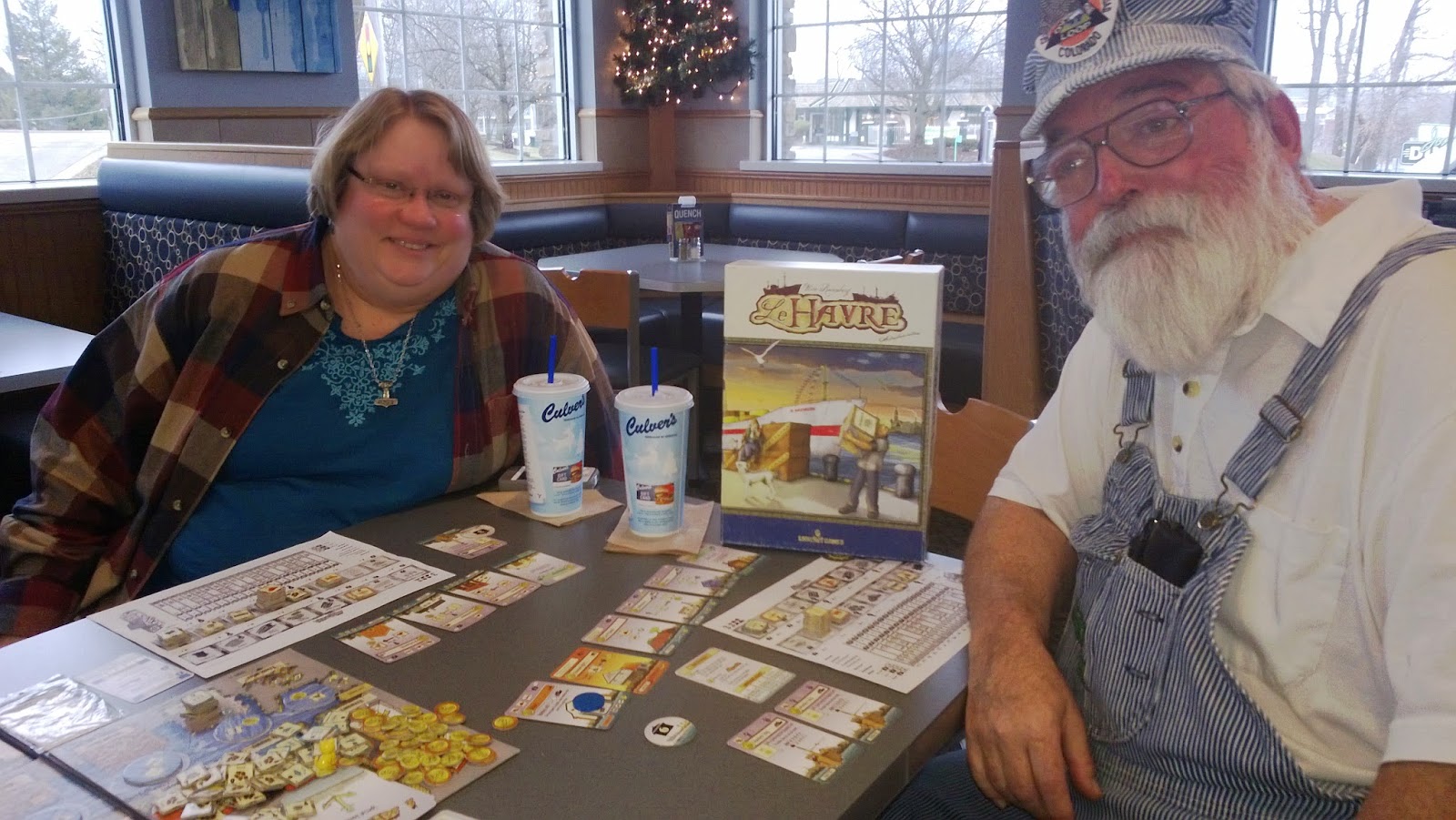 Wendy,Tom, and I broke out Tom's copy of the game on a Friday afternoon at Culver's in Lake Geneva, WI, all having played the game before, though Tom had the most experience and Wendy only having played a couple of time.  None of us had played since last August, perhaps because there are many great games available these days.  Even those of us who get to multiple gamedays of conventions each month and manage a couple/few additional gaming sessions a week  can still go months without playing a favorite.  And make no mistake, I consider Le Havre a favorite. 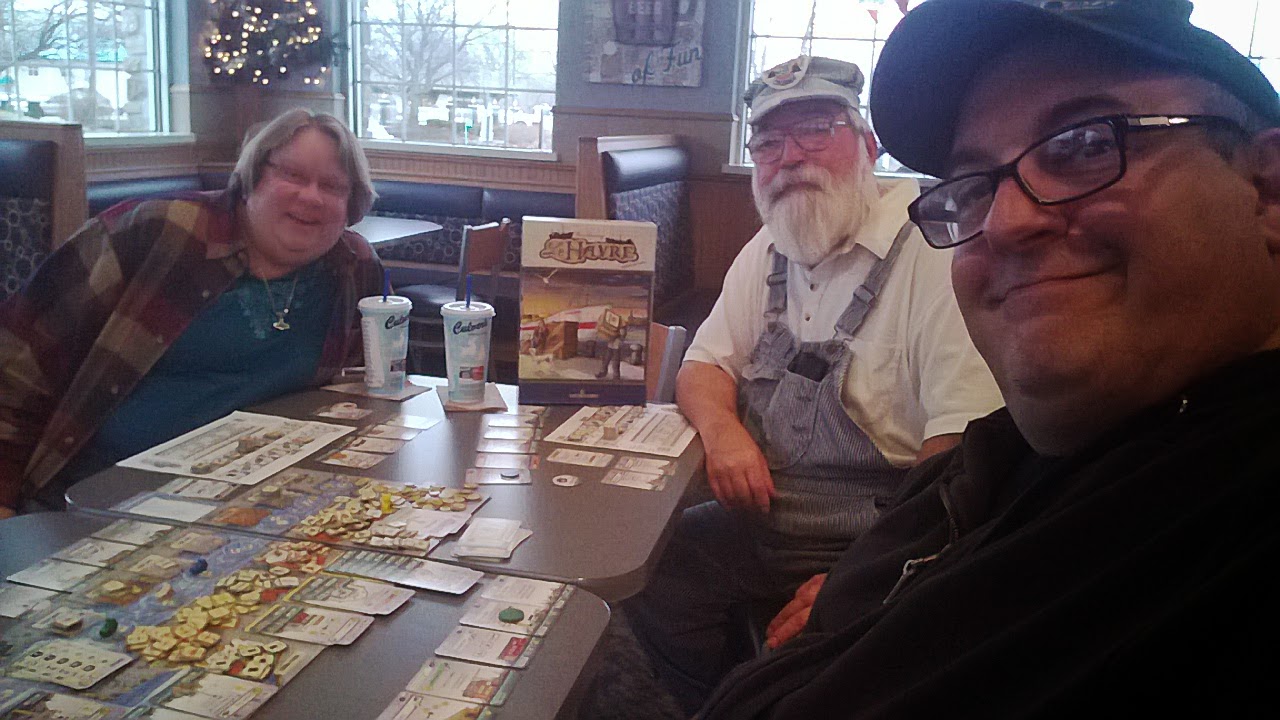 Though one of us got boxed out a bit and fell behind, the other two wound up in a game that was won by a mere five points (165 / 160).  The two higher scores were achieved using quite different strategies.  One player skipped the chance to build wooden ships, focusing on cornering the iron market early and taking advantage of the Wainwright when it came up to secure an excellent revenue stream.  The other player diversified in ship building and cornered the fish market and related buildings but also snatched up the Luxury Liner toward the end of the game, a move that probably led to the five-point victory.  The two strategies likely kept opponents in check indirectly but neither would be considered directly aggressive.  One of the beautiful things about Le Havre is that it can be played with an eye toward competition but can also be played more subtly.